This attraction at Animal Kingdom at Walt Disney World has always been a favorite for me. It reminds me of when I used to live in Africa. I had always wanted to go on a safari but was too young. They recently changed the ending of the Kilimanjaro Safari and I wanted to check out the changes. 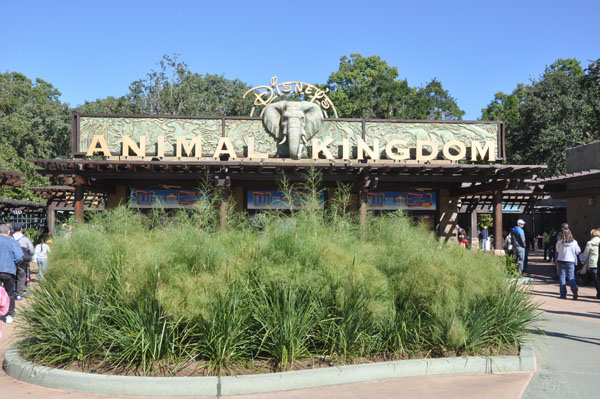 The day I went to Animal Kingdom, the temperature here in Orlando was heavenly. It was in the high 60’s. I was worried I wasn’t going to see a lot of animals but I was soon proven wrong.  I don’t think I have ever seen as many animals out as I did this day.  I was thrilled to get a lot of great pictures of these beautiful animals.

Once again I have a pet peeve about people bringing their iPads or tablets into the park. There was a gentleman in the row behind snapping away on his iPad and blocking the view for several of us trying to get pictures.  I wish people would realize that there are more than just themselves trying to get pictures of the animals. When you are taking photos be aware of others around you.  Once you get your shot put your camera down so others can take their picture of the animals please! 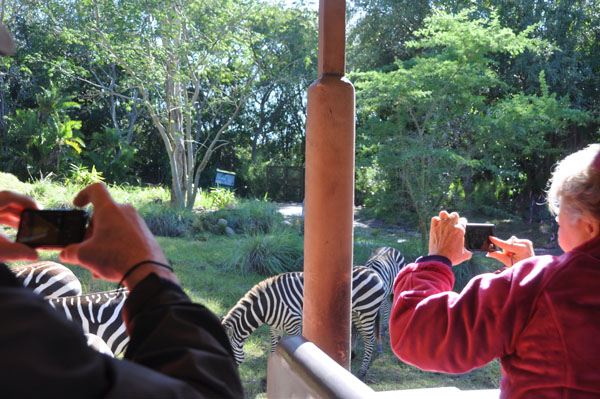 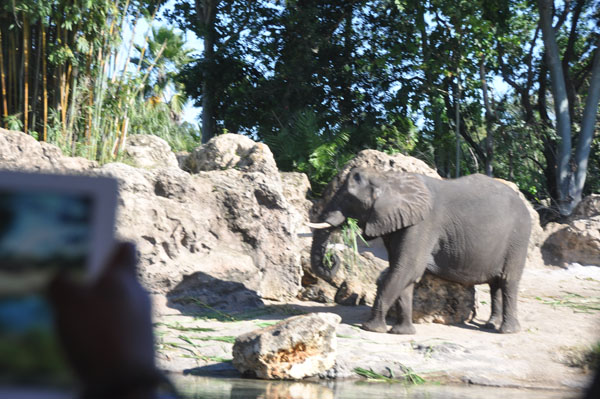 The new version of the Kilimanjaro Safari no longer has the poacher storyline with Big Red and Little Red.  When you get to the part of the attraction near the end where the broken fence was, that is no longer part of the story.  It is just a nice ride through the woods.  Just before you get there they now have a herd of zebras. We were lucky that the zebras decided it was time for them to cross the road so we got to see them up close for quite awhile. Don’t be tempted to put your arms out to touch these wild animals.  They also have a wallowing pit for the warthogs to roll around in.

I am getting ahead of myself with my ride.  Let’s start at the beginning. This is a Fastpass attraction, so use that option if the line is too long.  I was lucky it was only a 10 minute wait and we kept walking through instead of standing.

Once you are loaded onto your safari truck you wait in front of this sign.  Did you ever wonder why?  The driver gets their cue to go when the light comes on. 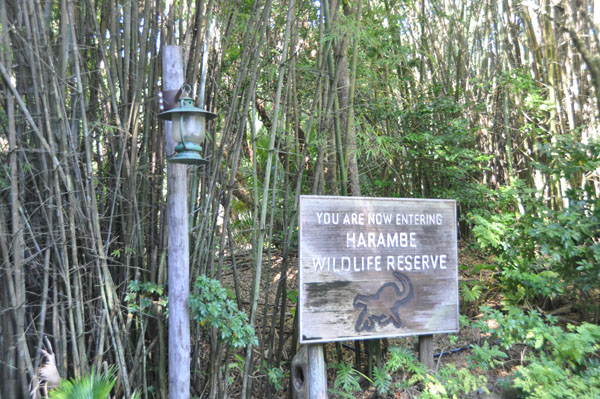 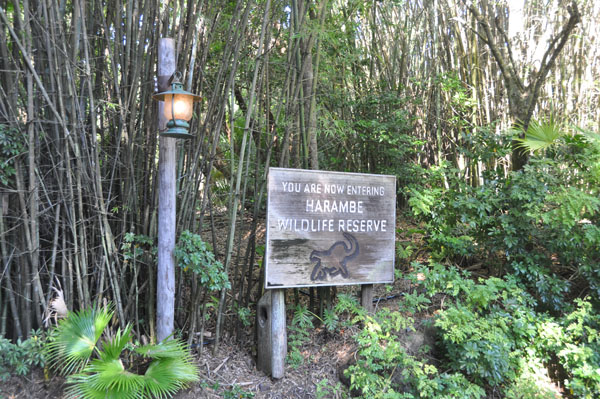 For those that have taken the safari before I am sorry to report that none of the special effects on the bridges were working the day I was there.

I don’t know if Disney has done something to make it happen or if I was just extremely lucky to see all sorts of animals up close to the truck. 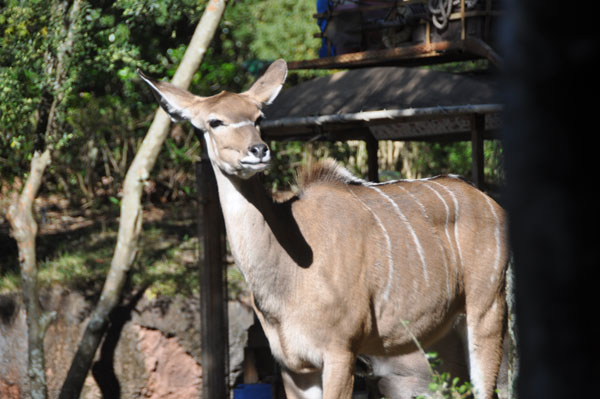 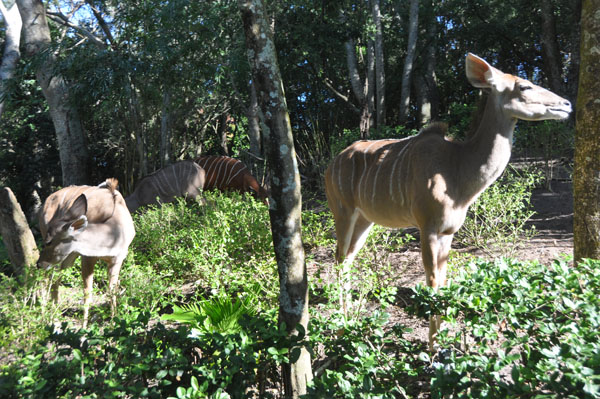 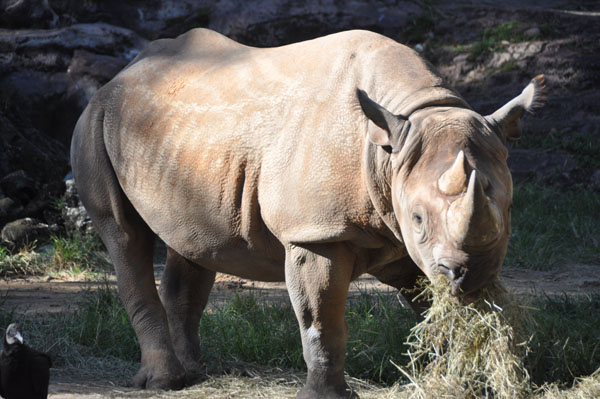 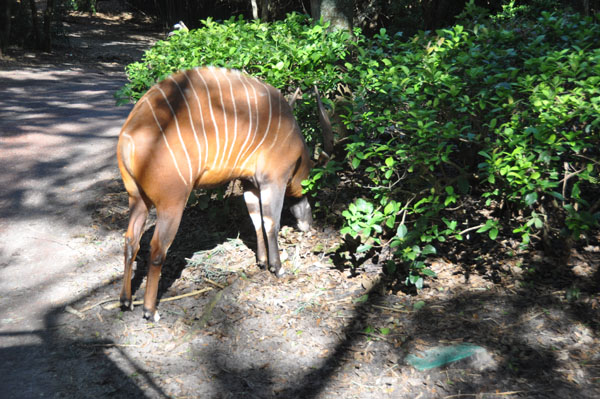 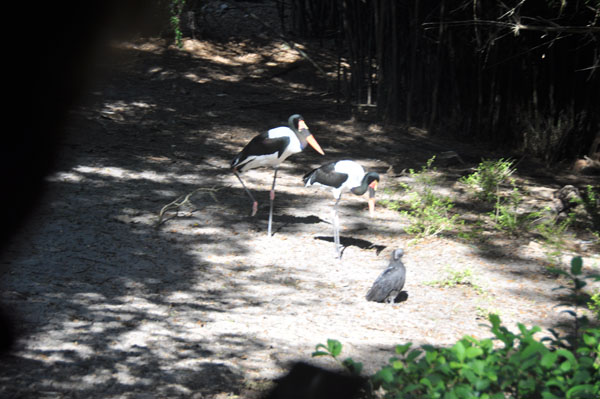 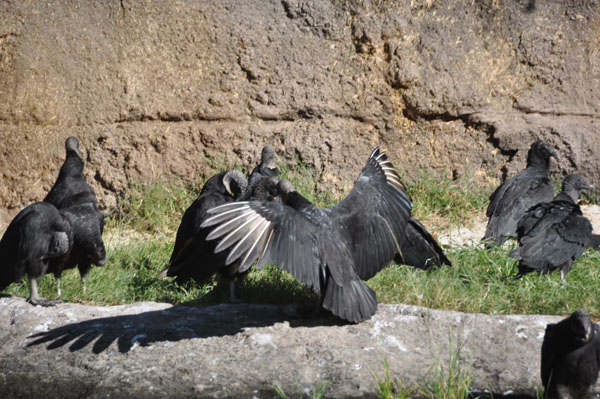 I would have pictures of the crocodiles but Mr. iPad blocked my view. 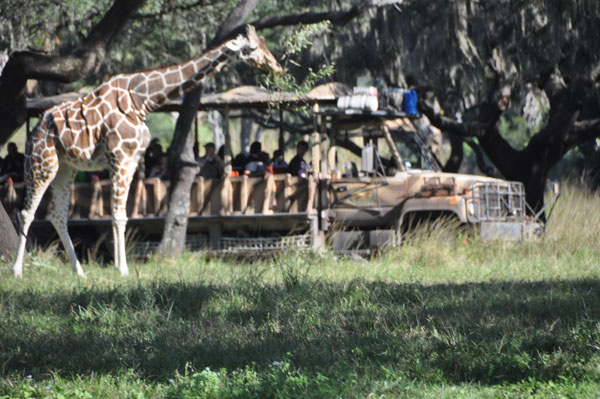 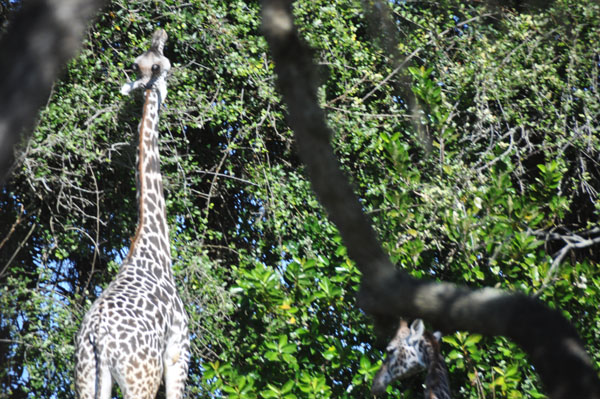 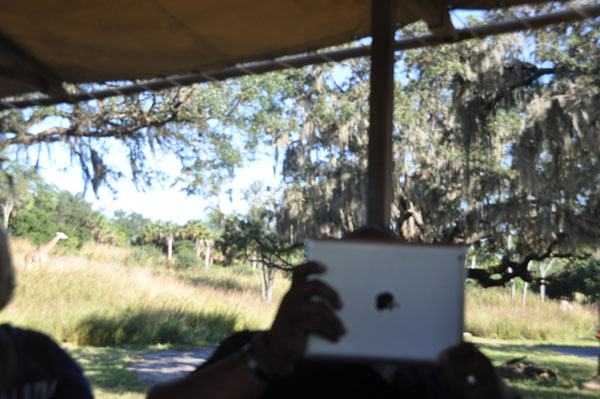 This really isn’t the right type of camera if you are trying to shoot photos of the animals!  Ok, enough said about iPads, let’s get back to the animals. 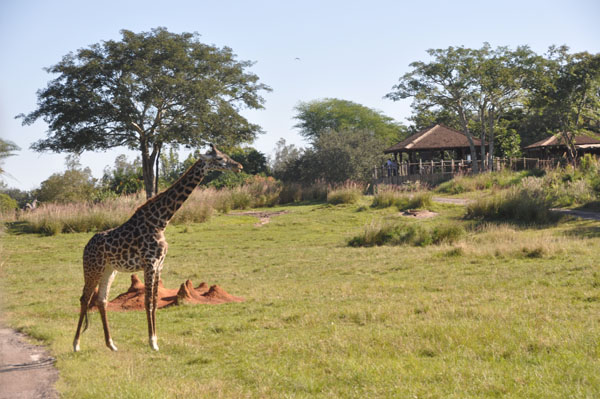 These buildings are used for the Wild Africa Trek.  If you are interested in these animals on the safari this is a great place to get some pictures. 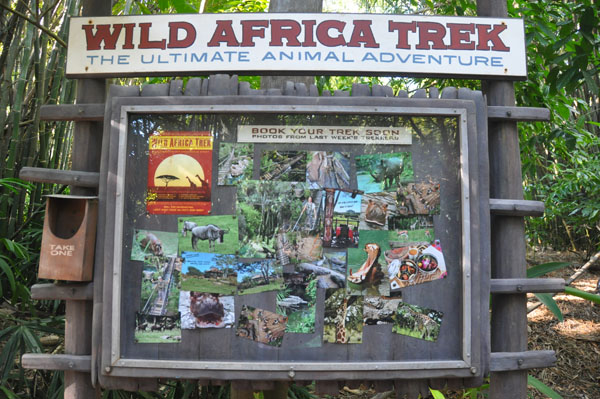 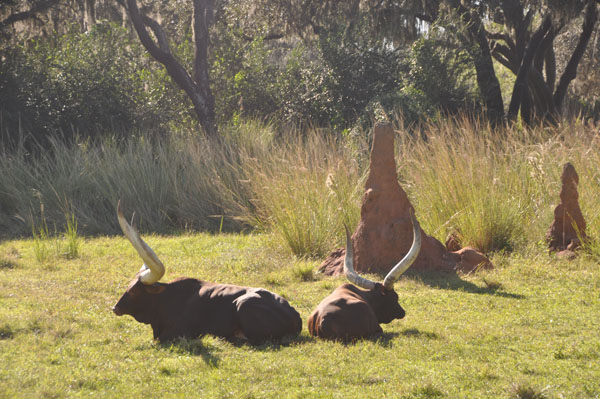 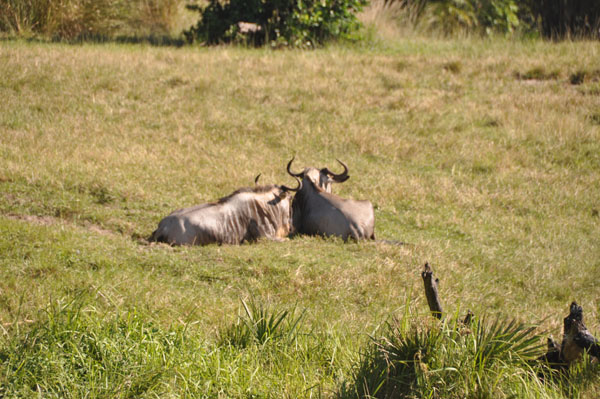 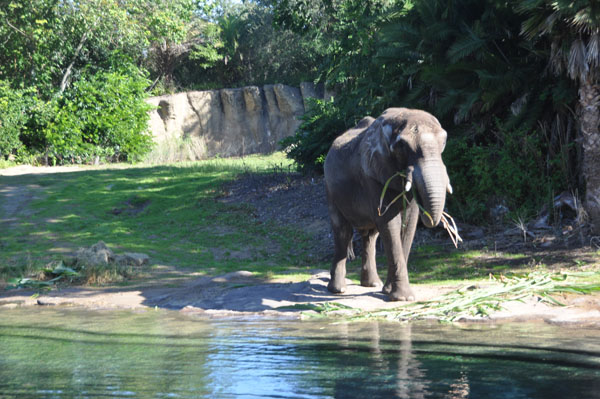 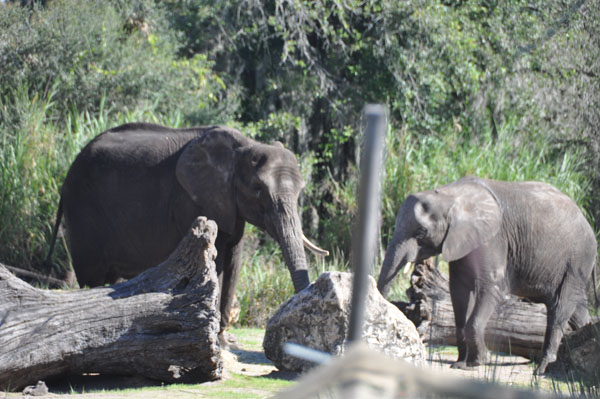 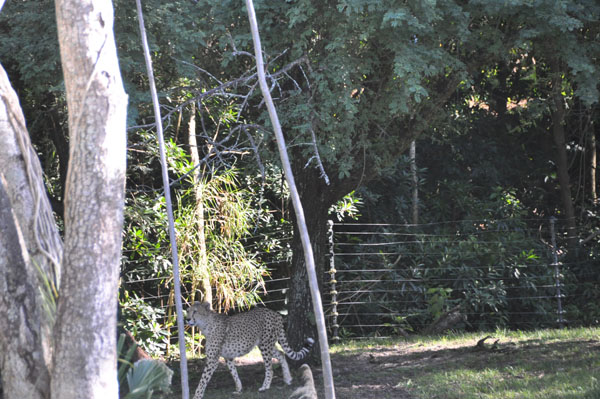 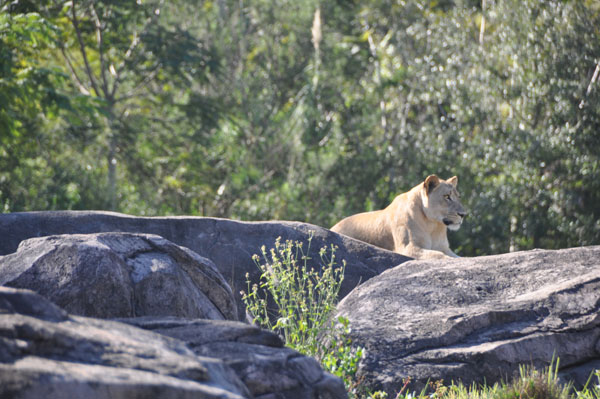 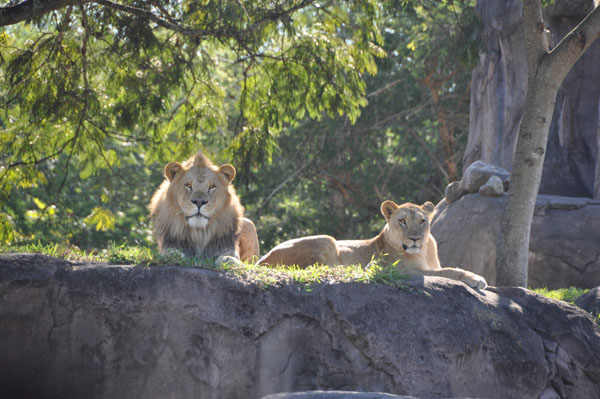 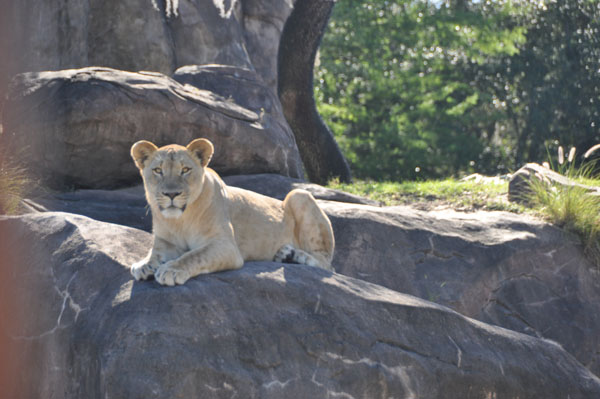 We were treated to watching a white rhino mom and her baby running around chasing each other. 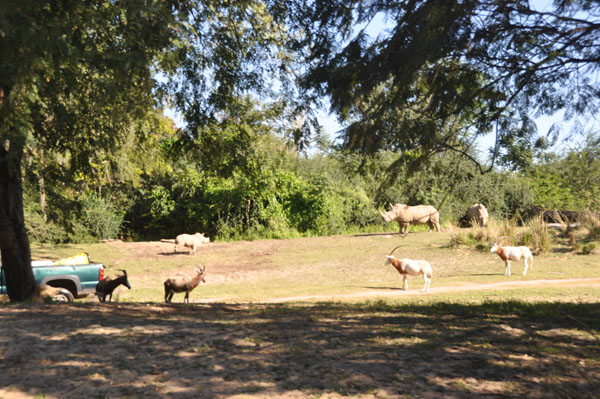 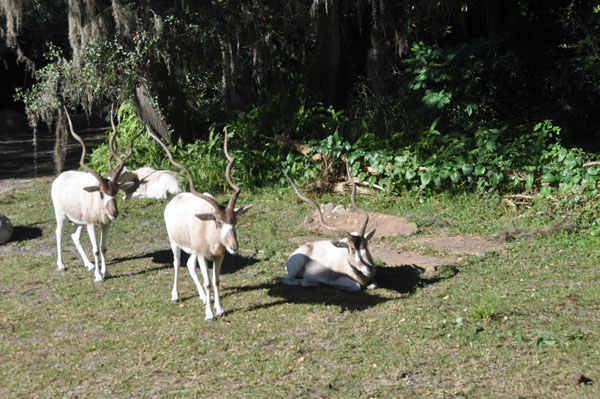 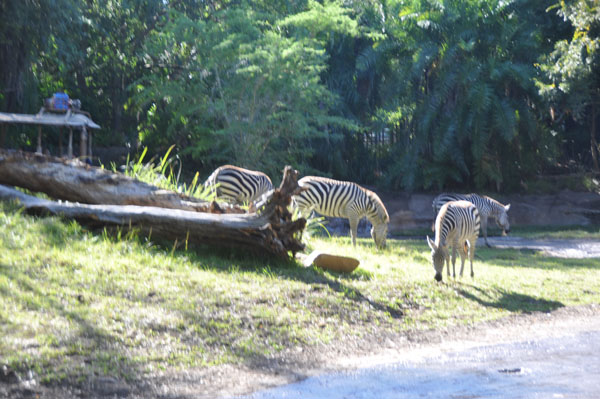 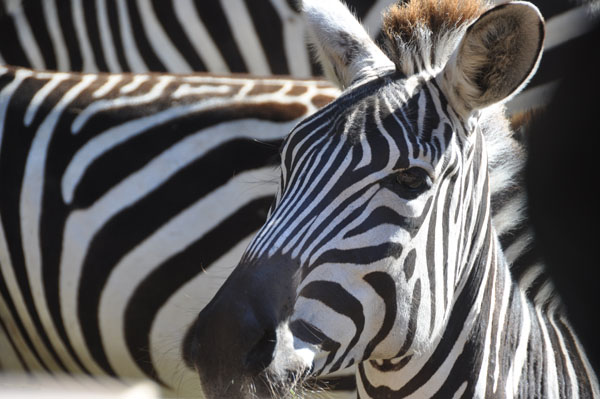 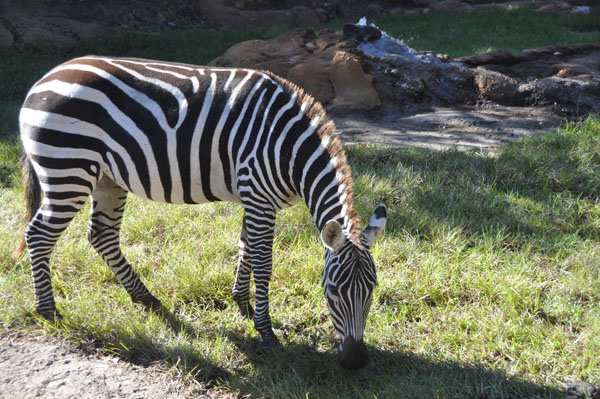 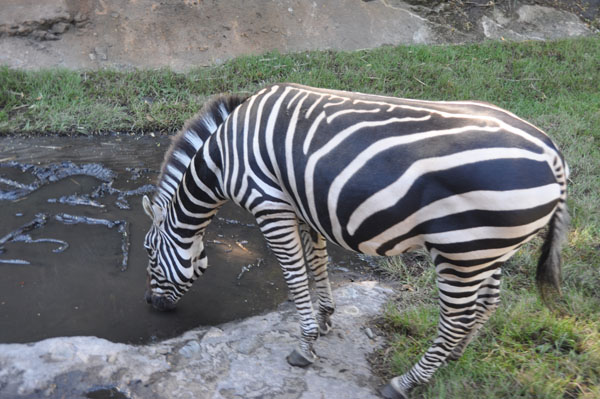 I thought I was going to miss the previous storyline but I love what they have done to the safari! I love the addition of the herd of Zebras. I know I will be back again to take more photographs.  Great job Disney!