At the time, it seemed like a really good idea, but the night before, I realized that I would have to leave the house at 6:00 am, in order to get to the parks, drive, and check in at the recommended 15 minutes before park opening.  I wondered to myself why the heck I was doing this since I would be getting up at the crack of dawn.

Although I MEANT to arrive at 6:30am, I did not get to the parks until 6:55am.  I had my confirmation letter and my ID out, along with my annual pass, as instructed on the Disneyland website.  However, when I got there, I realized that the Disneyland Resort was well prepared for the increased number of guests they were expecting. 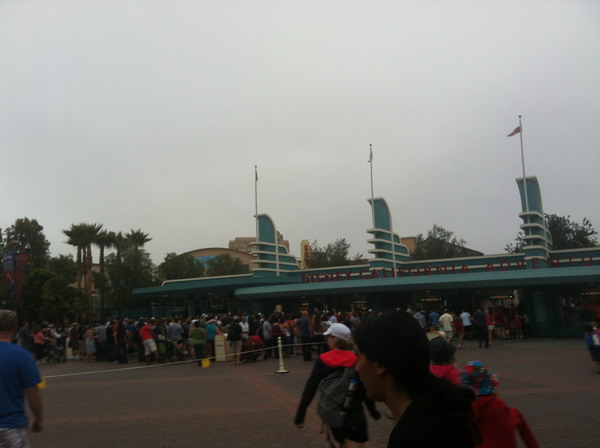 Cast members were directing the different guests (annual passholders, DLR hotel guests, regular guests, and Early Entry park hopper guests) to the correct locations to go to the parks.  We were directed to go to the cast members with hand-held scanners.  They scanned our annual passes, and then the next cast members put wristbands on us. From there we got in line to enter the park. 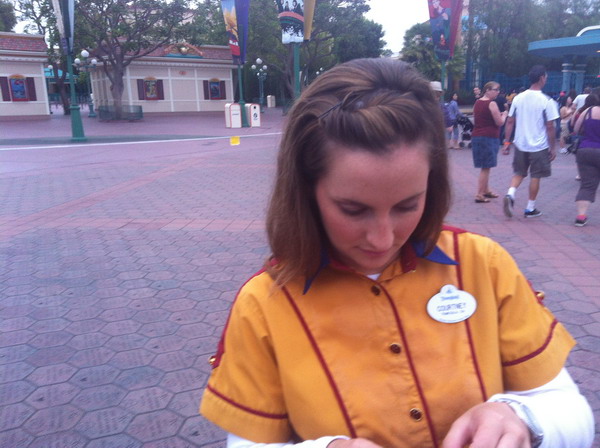 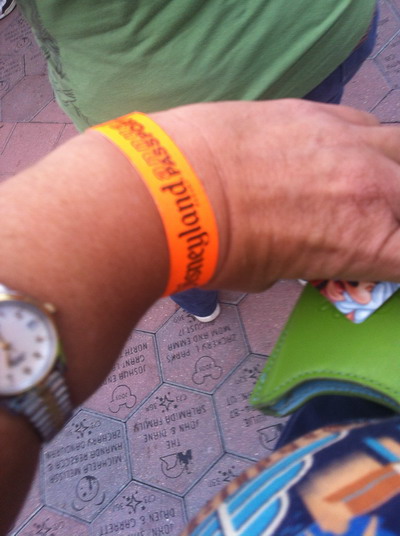 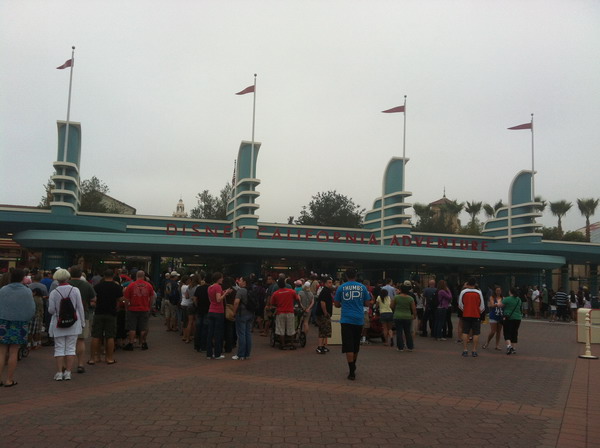 I noticed that the Disneyland Resort hotel guests were also being let in, while the regular early entry guests were being directed to go to Disneyland.  Other guests were already lining up for the 8:00am opening so they could get the coveted Radiator Springs Racers fast passes. 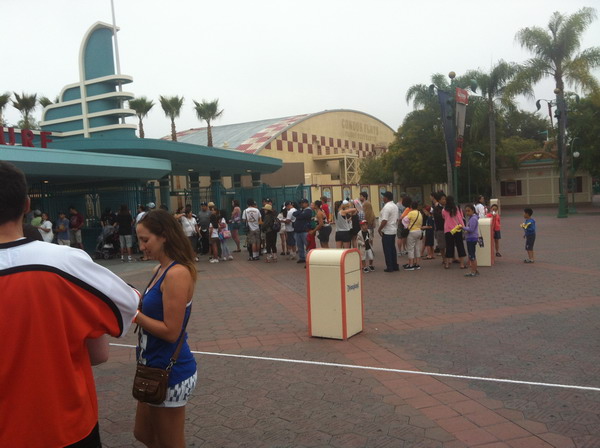 I entered the park with the rest of the early entry guests, and it seemed as if EVERYONE was headed towards Cars Land.  Cast members stood on the sidewalks of Buena Vista Street and greeted us with smiles as we all streamed past them. 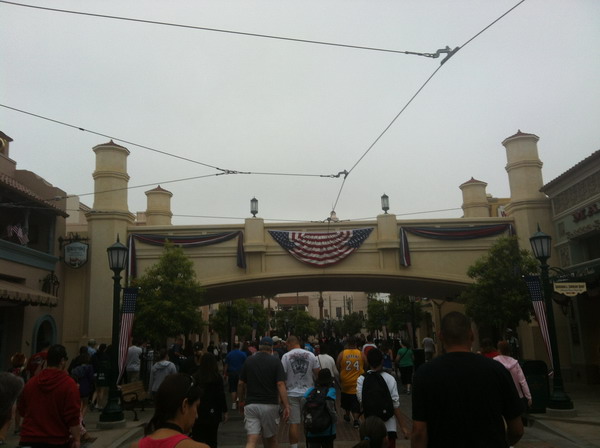 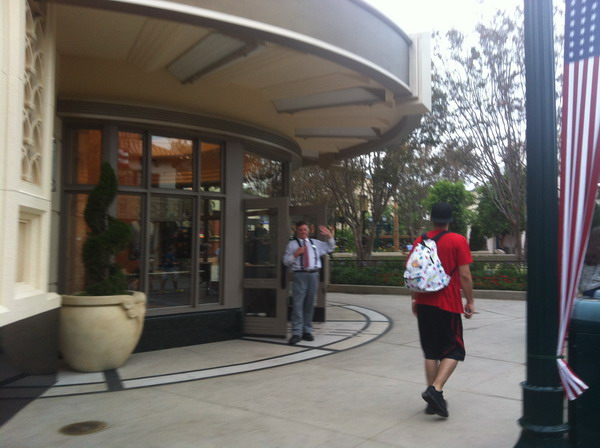 These Cast Members were so friendly. 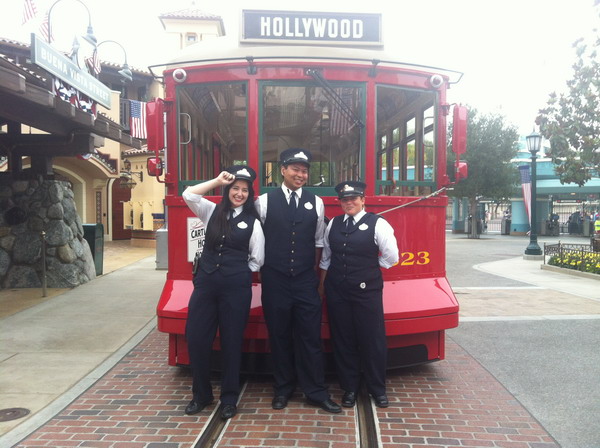 As I passed A Bug’s Land, I noted the queue area for the Radiator Spring Racers fast passes was already set up with a cast member ready to direct people. Some people even stopped there, but for early morning entry you really do not need to do so.  I continued on my way to Cars Land.  Along the way, I ran into some of the DISboards Disneyland Divas (a group of ladies who through the DIS have become friends and hold regular meets at Disneyland) and we went to the Radiator Springs Racers together. 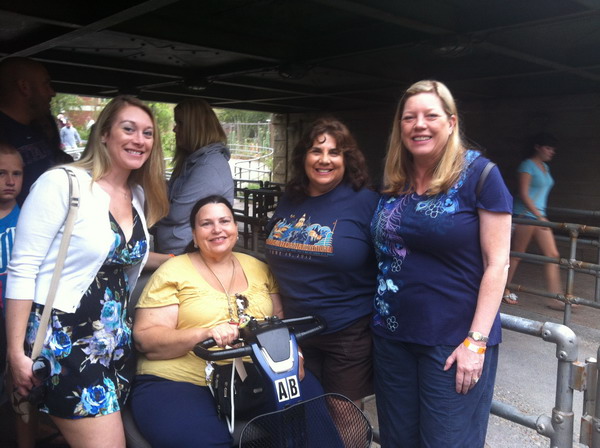 I wasn’t really sure if the attraction would be running because it had rained earlier that week, and that seemed to have affected the animatronics. It had been down the entire prior day.  Also, there had been many reports that the racers would break down each morning.  The cast members had everyone wait at the beginning of the queue for the attraction.  We saw the empty cars running on the track and soon they let us in; a good omen, I thought.  They got the RSR’s running about 15 minutes after the park had opened, and the crowd cheered.

One of my friends was in an ECV, and she easily maneuvered through the queue with the rest of us.  When we reached the front we were directed to the accessible loading area.    The cast members there have a monitor that shows where all the cars are so they can direct them to the loading area as needed.  The process for loading the cars is very smooth, and so there is no down time for the other guests. 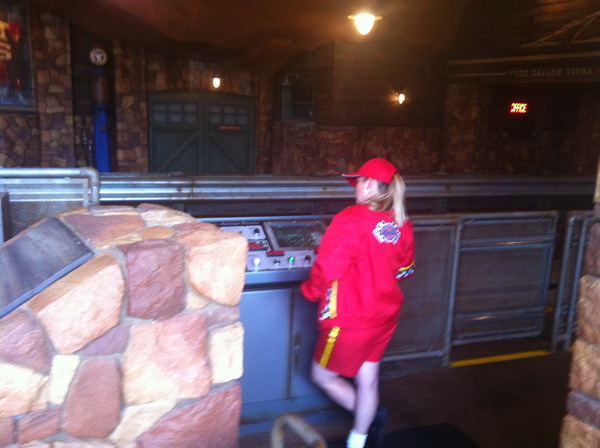 I love the cave painting – a nod to Altamira (very clever). 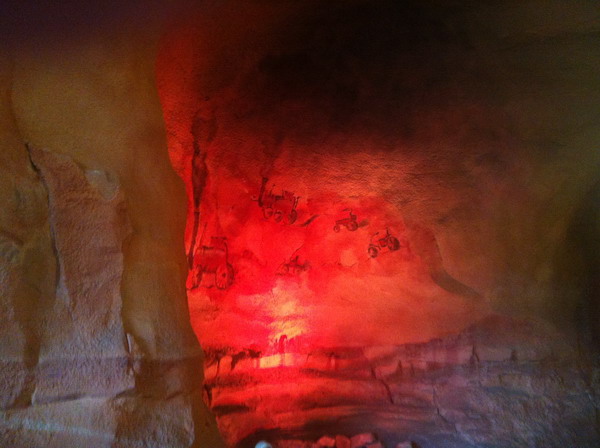 The attraction was breaking down throughout the morning, and I noticed that as we rode that some of the animatronics were not working. Guests who had never ridden the ride before did not notice the difference, so I’m glad that Disney ran the attraction even though it wasn’t an optimum show.   After the ride, we noted that it was three minutes before regular park opening, so we decided to ride again via the single-rider line.  The queue had gone down significantly at this time.

This is a rare sight for the Radiator Spring Racers. 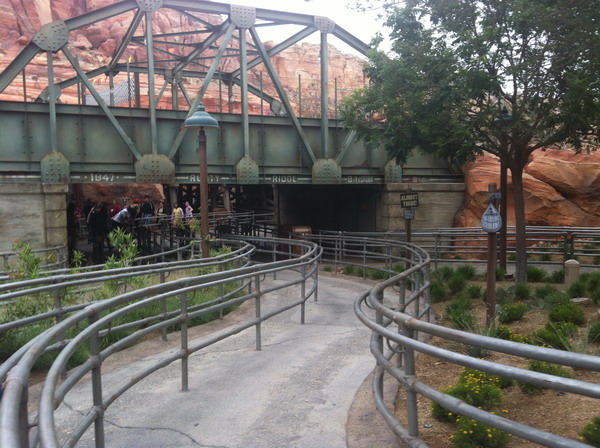 By the time we got off the ride, the park had been open 15 minutes..  The single rider queue was already at 50 minutes, and the stand-by line was up to 120 minutes.  We were so happy that we had gone on twice.  Other people had gone on once, and then either went on Luigi’s Flying Tires or Mater’s Junkyard Jamboree.  I recommend going on Radiator Spring Racers, and then going on Luigi’s Flying Tires. 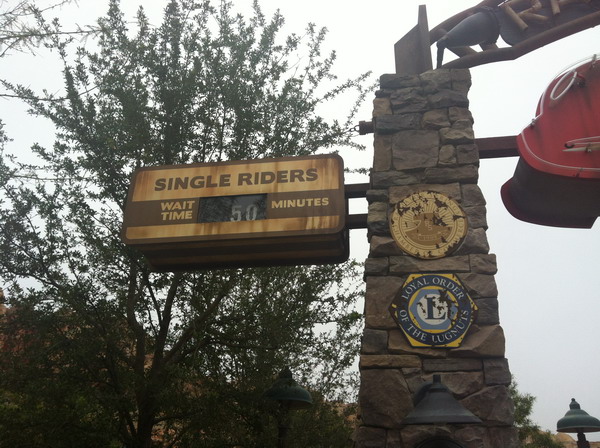 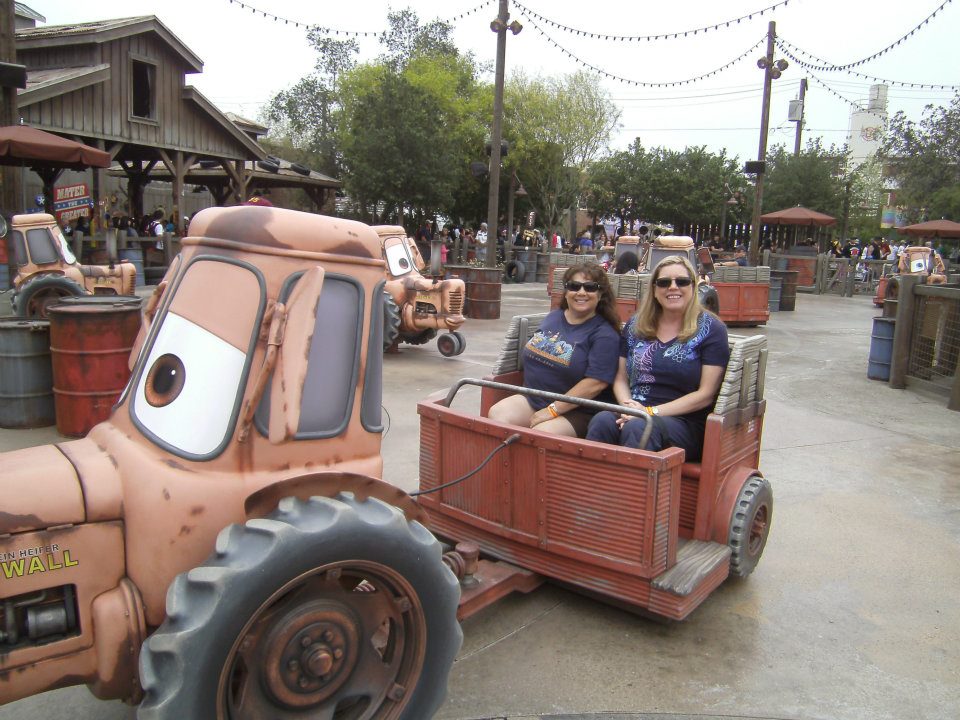 Egg and tamale breakfast with chile verde at Flo’s Diner.  It was quite tasty and very filling. 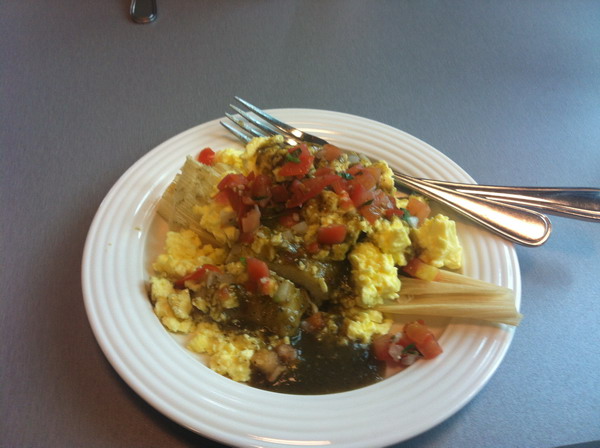