I have been a fan of the NASA Space program for many, many years.  I can remember watching the first moon landing on TV years ago.  I remember wishing I could see the Kennedy Space Center in Florida someday.  Well, now I am lucky enough to visit there as often as I like.  When I heard recently on the news that Kennedy Space Center Visitor Complex would be offering tours to visit the Launch Control Center, I immediately called to purchase tickets. 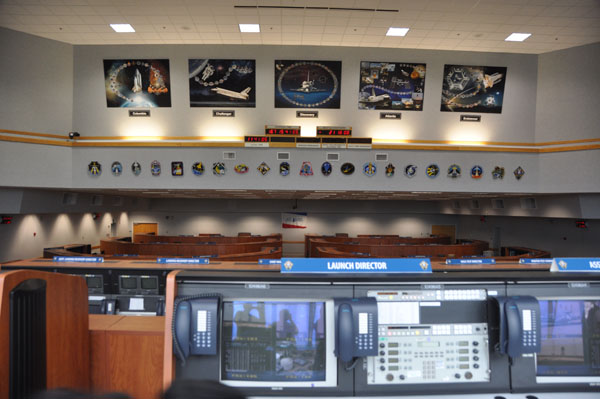 I was part of the first group of people to visit this historic area. The KSC Up-Close: Launch Control Center tours costs $25.00 for adults and $19 for children in addition to the regular admission to the Visitor Complex.  This is the first time in more than 30 years that civilians have been able to visit this area. The tour will run through the end of 2012.

I can’t tell you how excited I was to take this tour.  I have taken all the other tours that they offer but the chance to see where 152 launches were controlled for the space shuttle and Apollo programs was priceless.

You are taken by bus to the Launch Control Center.  If you are a large group you will be split up.  While half of the group visits Firing Room 4, the other half will be able to view all the objects in the lobby of this historic building. 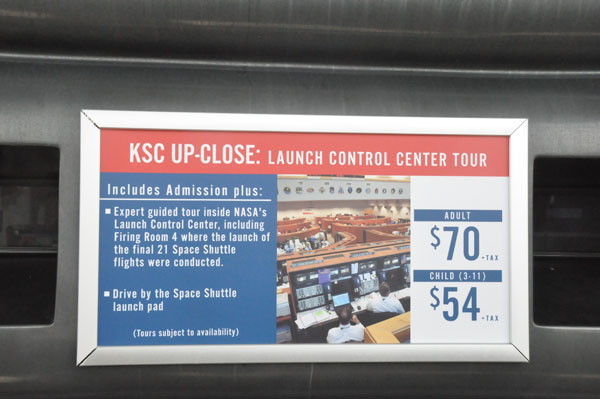 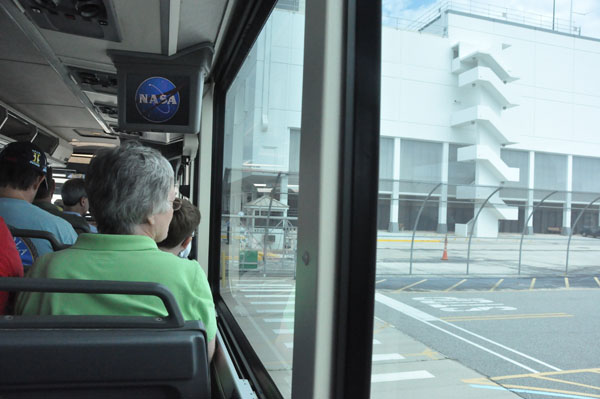 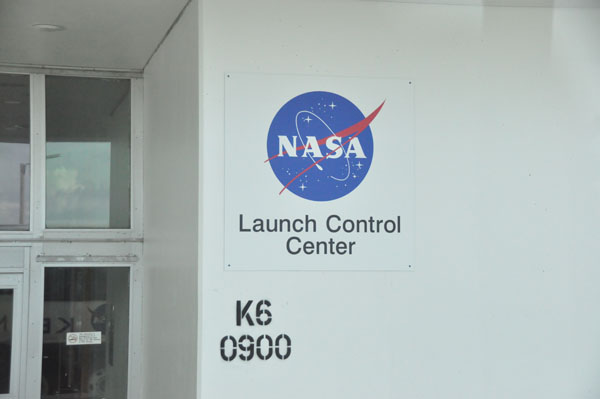 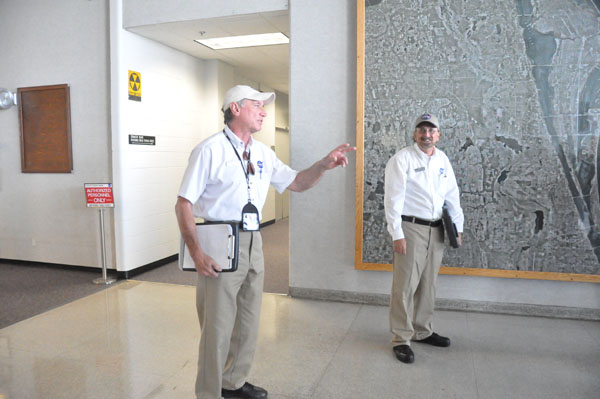 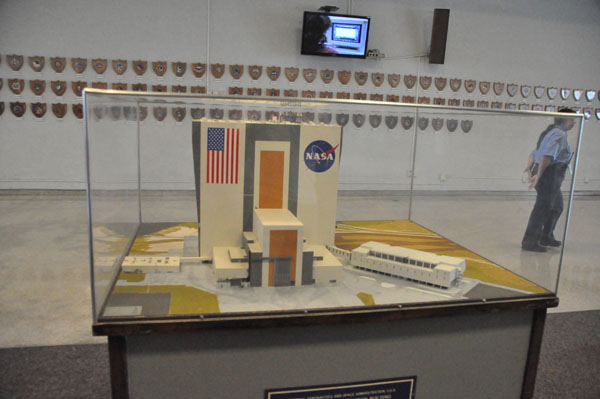 One area of the lobby was especially moving for me and many others.  There is a plaque on the wall for every mission that was ever launched from the building.  There are two tags underneath noting the day they were launched and the day they returned.  As you know, there were several tragedies with the Space Shuttle program.  As you viewed those plaques, you noticed the carpet on underneath them was worn where people had touched it. 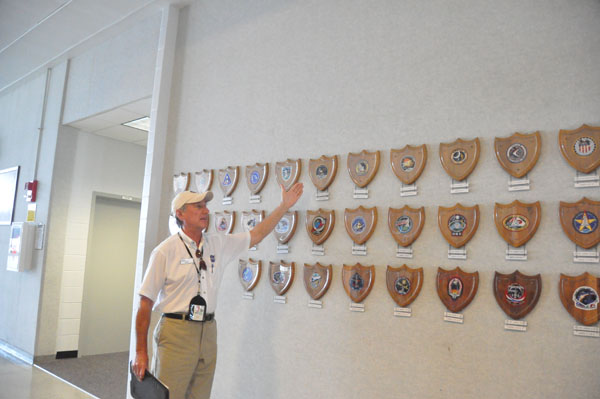 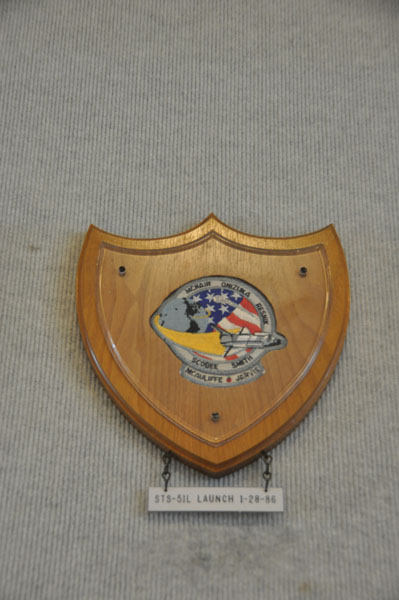 You could also view some of the old equipment they used. 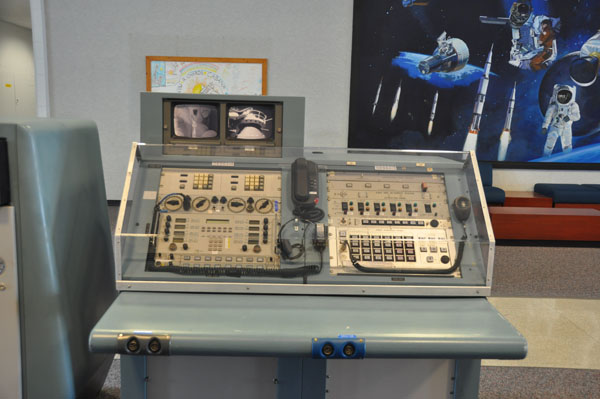 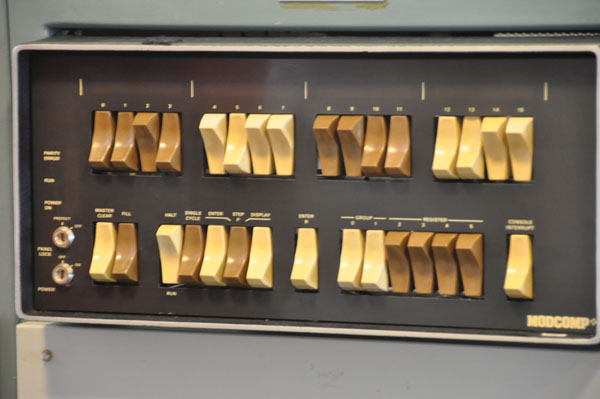 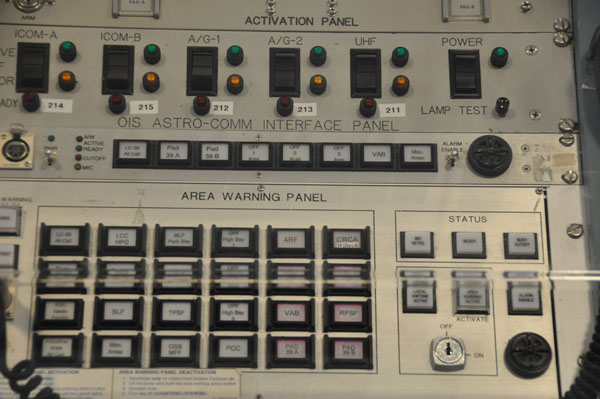 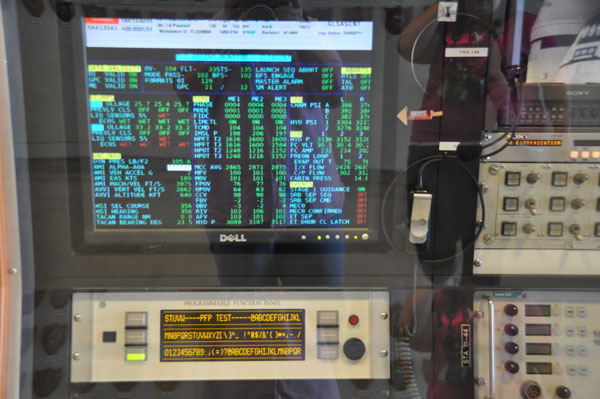 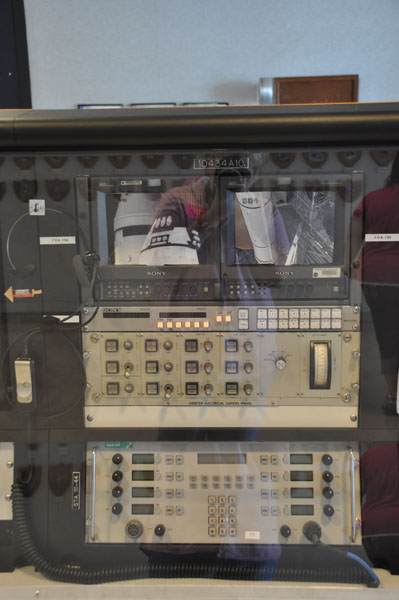 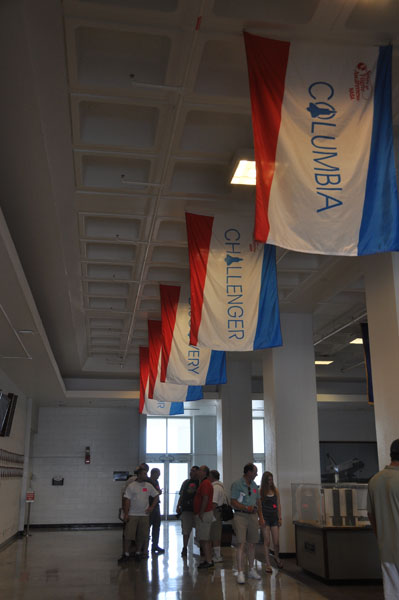 Finally, it was our turn to visit Firing Room 4.  I couldn’t believe I was there.  Yes, I had tears in my eyes as I was about to view this room. It almost seemed unreal to me.  I had seen this room so many times on TV and it seemed so familiar and here I was about to step inside. 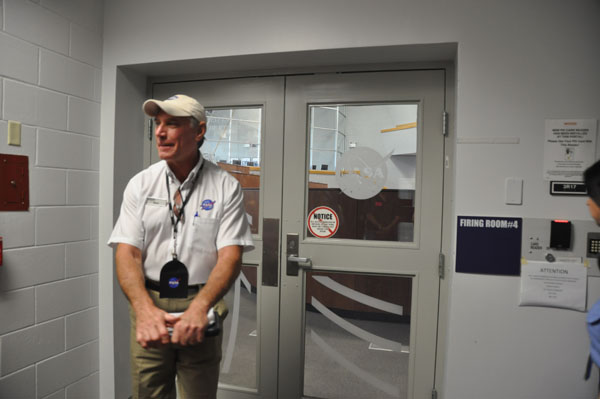 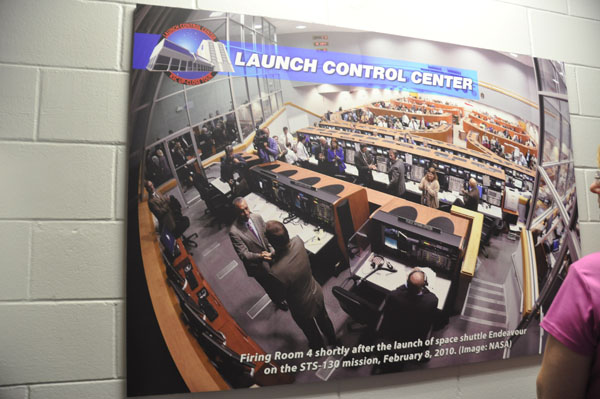 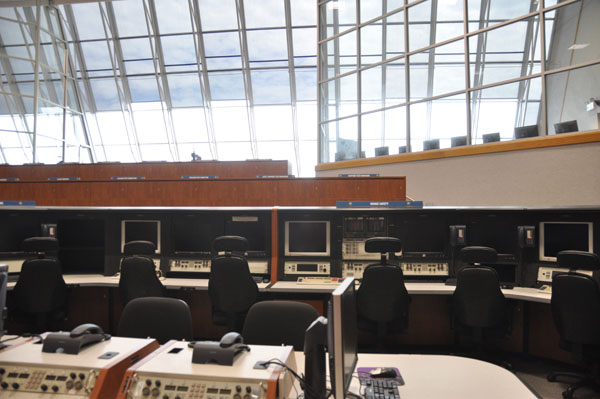 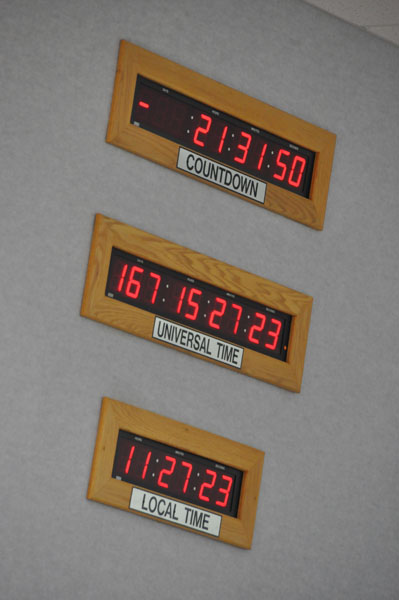 We were then taken into the “bubble room” where the Kennedy Space Center management viewed the activities below.

The most important person on launch day was the launch director. 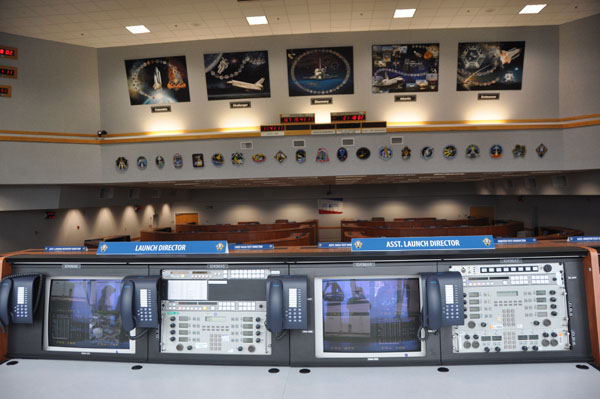 Through the windows in the back of the room you could see the launch pad. 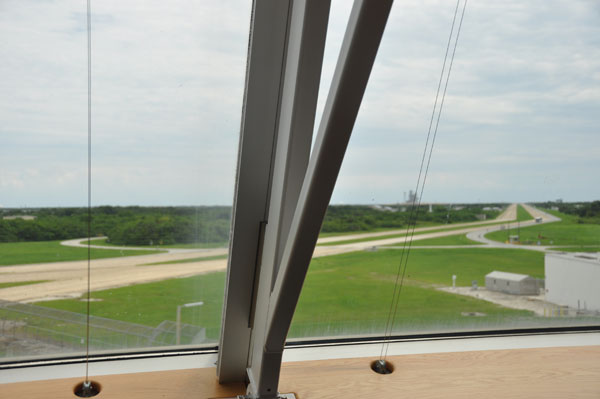 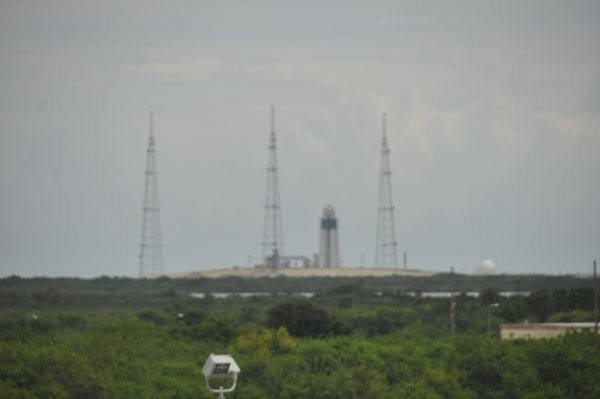 Did you know that every mission has a manual with all the instructions?  The team uses this as a checklist to make sure that all the correct steps are taken leading up to the launch. 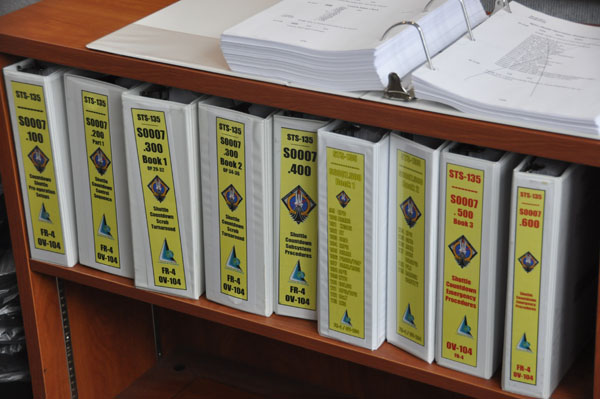 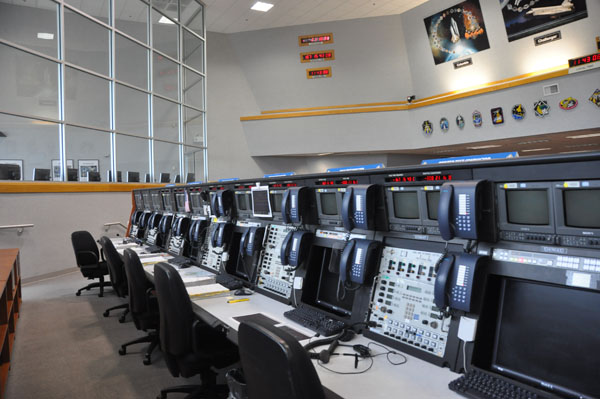 Our visit to this room was over too quickly for me.  I would have loved to linger to notice the small details but I will have to take the tour several more times to enjoy it over and over again. Across the hall they were dismantling Firing Room 3.  I hope they are saving the items for historical purposes.

They also drive you by a launch pad on the tour. I liked the fact that they don’t repeat a lot of the same items from other KSC tours. 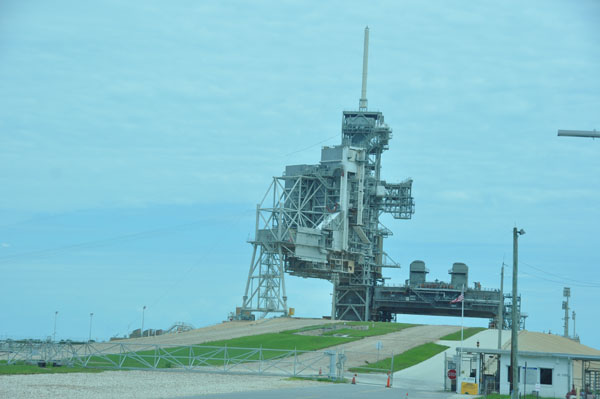 This is the Launch Control Center from the outside. 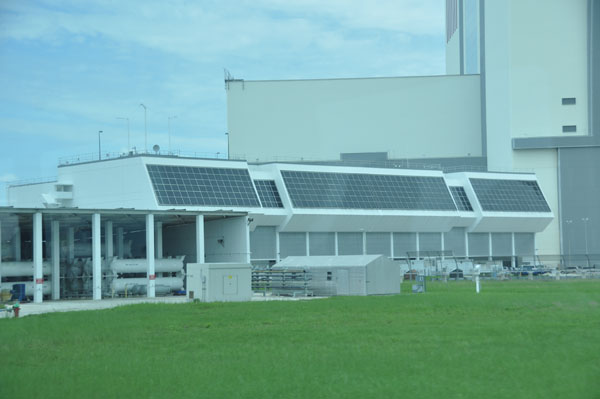 The end of the tour takes you to the Saturn 5 building where you are free to explore for the rest of the day.

If you are visiting Central Florida or the theme parks I highly recommend this tour if you have ever watched a Space Shuttle flight and were curious about how they did it.  It is only about 1 hour away from the theme parks by car. 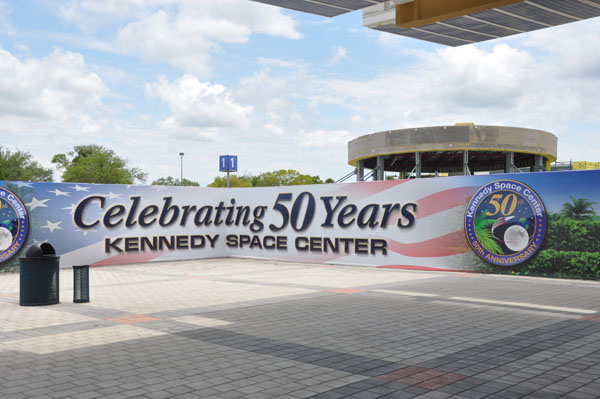