On Sunday April 29th, the Disney Store celebrated the grand opening of its newly-redesigned store at the Glendale Galleria in Glendale, California, the location of the very first Disney Store in 1987.  The opening took place on World Wish Day, a celebration of the day that sparked the Make-A-Wish movement.  According to Jim Fielding, president of Disney Store and Make-A-Wish International board member, “Disney Store’s mission is to create magical experiences for families every day and we are honored to be a destination where Make-A-Wish children and families can enjoy special time together.” 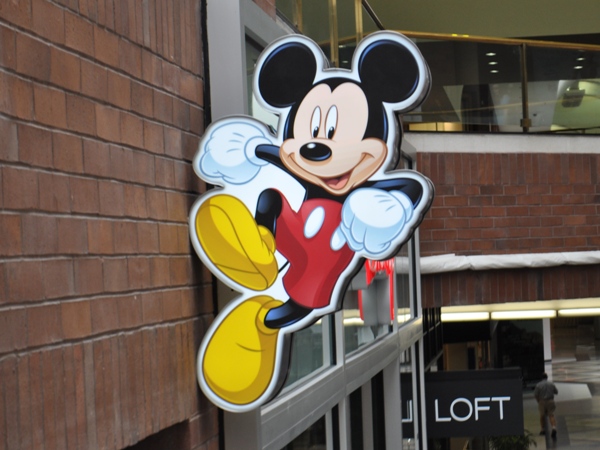 Disney Store celebrated the day by having Make-A-Wish child Nicholas turn the over-sized key to open the store. 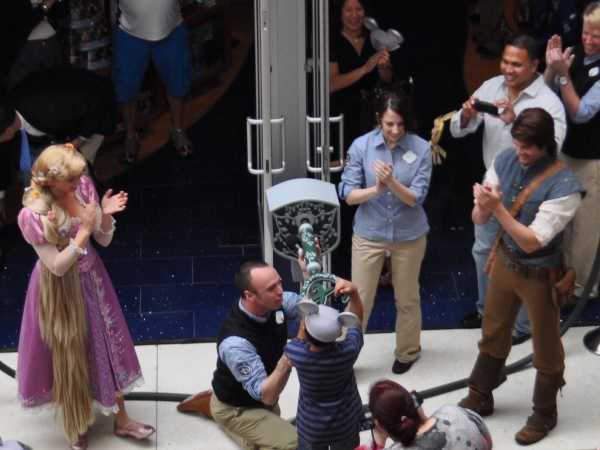 Disney Store’s signature ceremony takes place every day in their redesigned stores, with a lucky child invited to participate each day. 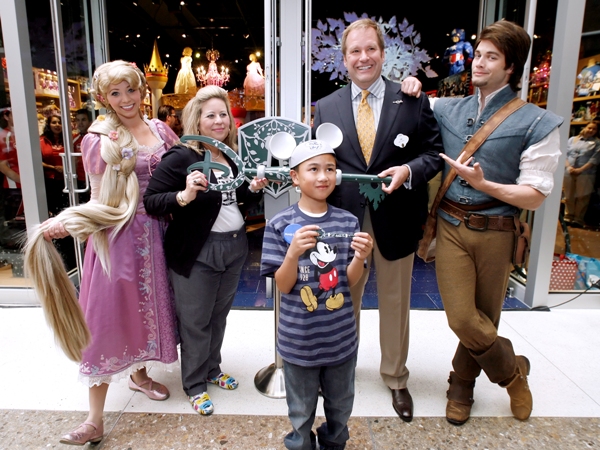 In addtion to having Nicholas open the store, Disney Store donated 5% of gross sales that day from all of its North American locations to Make-A-Wish America (up to $50,000).  They’ve also created a special Jiminy Cricket Vinylmation that will be available in stores and online.  Disney Store will donate an additional $1 from each one sold through May 31, 2012 (up to $15,000). 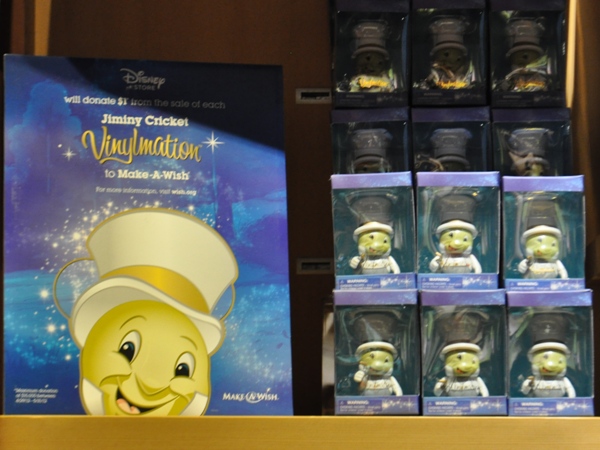 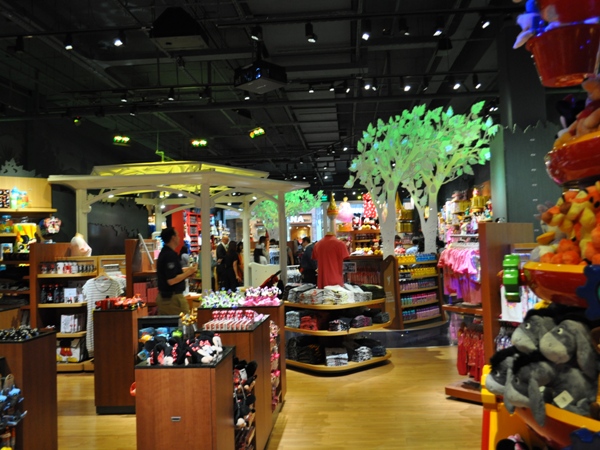 …and neighborhoods for both boys… 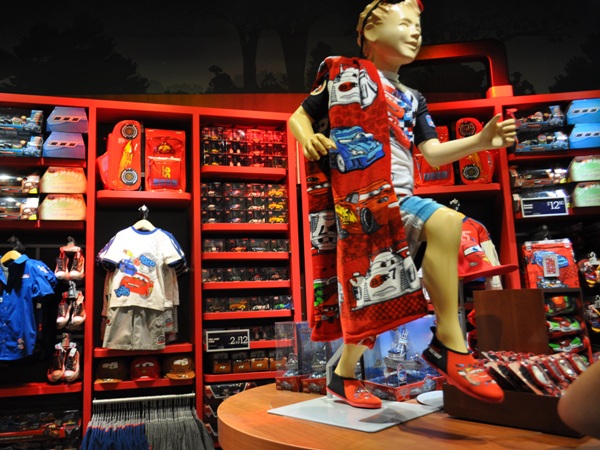 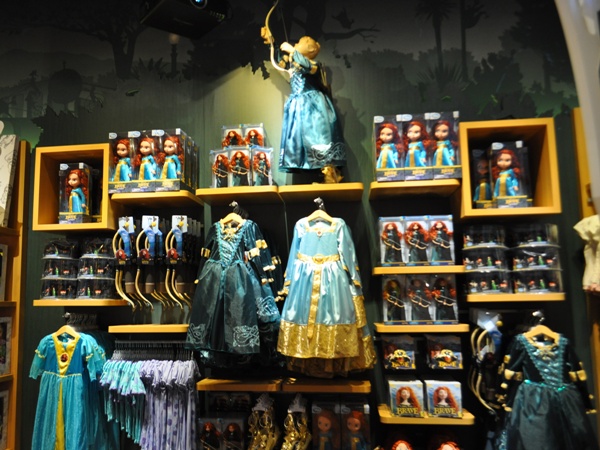 The new design even features a custom skyline that incorporates your favorite Disney characters along with icons from the local area.  The Glendale design features Casa Adobe de San Rafael, Glendale City Hall, The Grand Central Air Terminal and [below] one of the buildings from the Walt Disney Imagineering campus.   Take a look at Nancy Johnson’s blog for more details on the redesigned stores that began opening back in 2010. 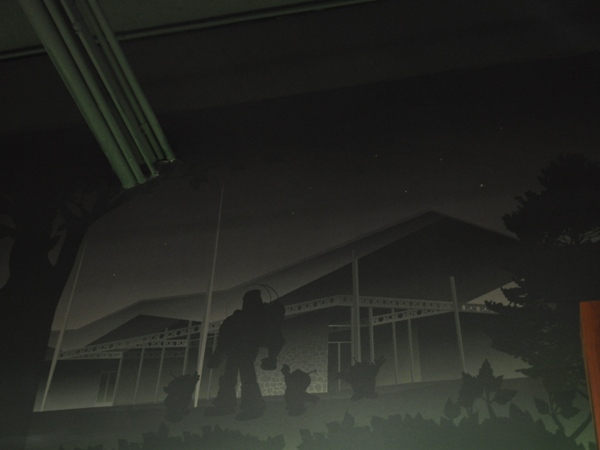 We had a chance to chat with Nicholas and his family about their recent trip to Walt Disney World.  They stayed at Give Kids the World Village and had nothing but good things to say about their experience.  Nicholas said his favorite ride was Rock ‘n’ Roller Coaster, but when pressed by his dad, he admitted it was a little scary and he only rode it once.  It’s always nice to see the money that the DIS Unplugged has raised through the Power of 10: Give Kids the World $1 Million Dollar Challenge at work. 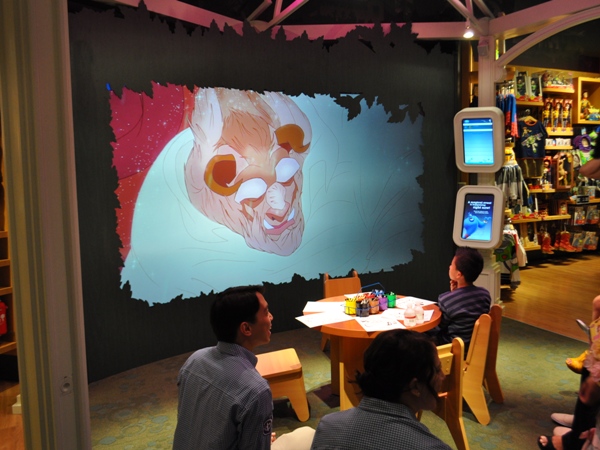 Prior to the grand reopening, Disney Store gave Nicholas a little shopping spree in the store…he even picked up something for his little sister.

The Glendale Disney Store is one of more than 200 locations in North America, plus another 140 worldwide.