Named by Theme Park Insider as the 2008 Top Attraction in the Nation, the Twilight Zone Tower of Terror, perhaps because of the television show for which it is named, has seen its share of unusual lawsuits. 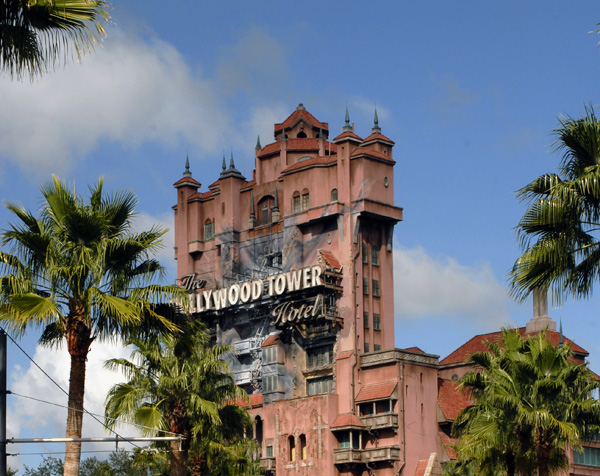 When he was 68 years old, Marvin Cohen rode the Tower of Terror  and, sadly, had a stroke 23 days later.  Believing the Tower or Terror caused the stroke, Cohen hired attorneys who sued Walt Disney World in state court and in a 2010 jury trial, Cohen’s attorneys tried to prove that the Tower of Terror was itself dangerous. The jury, however, decided it wasn’t dangerous, thus handing WDW a big win.

Cohen’s lawyers have now asked the Florida Court of Appeals to let them retry the lawsuit against Walt Disney World.  Cohen argues that the trial court forced him to prove that the ride was dangerous and wrongly prohibited him from asking the jury decide whether Walt Disney World was negligent in operating or in warning him about the Tower of Tower.

On April 17, 2012, a panel of three appeals court judges met with Cohen’s attorneys and the attorneys for WDW to let the attorneys argue why the appeal should be granted (or denied, as WDW urged). Appeals after a jury verdict have a low success rate.  For example, Cohen can’t succeed by arguing the jury made a mistake.  He doesn’t try.  Instead, he argues the trial judge erred in refusing to let the jury decide whether the warnings about the Tower of Terror were adequate and whether Cohen was misled about the ride by a cast member. At the argument, at least two judges appeared quite skeptical about Cohen’s failure to warn argument, with the presiding judge reading Disney’s warning (“The Tower of Terror features high speed drops into the dark mysterious realm of the Twilight Zone”) and asking Cohen’s lawyer why it was not adequate.  (A photo of the warning is available at this disboards.com post.)  The attorney tried to explain that Cohen thought the warning on the sign was “euphemistic” and unclear but the judges were still skeptical.  And when Cohen argued the cast member misled him, the Judges pointed out that the cast member, by saying “you’ll see,” did not mislead Cohen, but rather simply failed to answer his question.

It seemed to me that the weakest point in Cohen’s argument occurred when the judges asked, would it have been misleading if the cast member had simply repeated the warning given at the entrance to the ride.   The judges wanted Cohen’s legal position but Cohen’s lawyer gave a factual answer, saying that if the cast member had repeated the warning, Cohen would have taken the “chicken” exit.  This answer failed on two fronts. It ignored the fact that Cohen had not heeded the written warning, but worse, it didn’t help the judge understand how a ruling would affect future lawsuits.  It also didn’t help that Cohen’s attorney also said the cast member should have repeated the description about the Tower of Tower on the Hollywood Studios’ map which said that guests “drop 13 stories.” This reminded the judges that his client hadn’t bothered to read the map, either.

Cohen, sadly, paid a steep price for not heeding Disney’s warnings (if you believe his stroke was caused by the attraction, something the jury didn’t decide).  Of course, many people fail to heed warnings.  But at its essence, Cohen’s case is about more than being unprepared for a trip to Walt Disney World.   Even with sites like disboards.com, many guests go to WDW for the first time without any advance planning.  But I find it hard to understand how a person who is as thrill ride averse as Cohen claimed to be would make no effort to understand even basic ride functions.

But while I’m skeptical, and it seems two of the judges were as well, it would be a mistake to think that this means Disney will win the appeal.   I’ll admit to being biased, don’t have a Florida law license and don’t know much if anything about theme park negligence cases (anywhere).  The judges did not issue any ruling at the end of the argument and it could be months before they issue a written decision.

If you want to see the video of the oral argument, it is available at this link from the Florida Court of Appeals (you must have Windows Media Player installed to view the video).   An audio file (13Mb mp3) is available for