Images from the re-opened Amazing Adventures of Spider-Man

It’s been almost a year since Universal Orlando announced the refurb of their popular ride, The Amazing Adventures of Spider-Man.  The Islands of Adventure attraction has been delighting guests since the park’s opening in 1999, so this was a long-coming major enhancement for the ride. 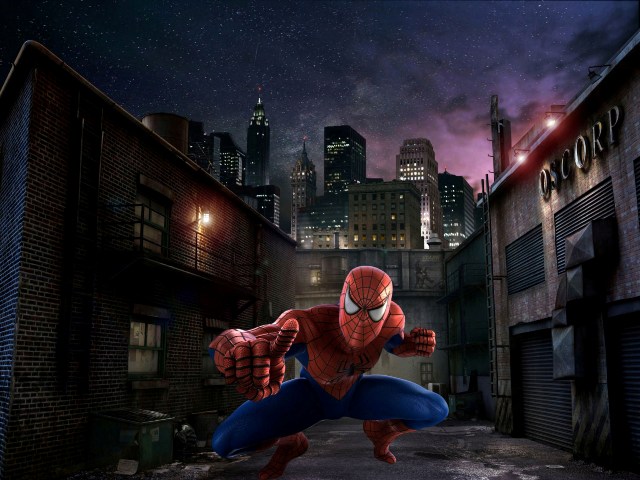 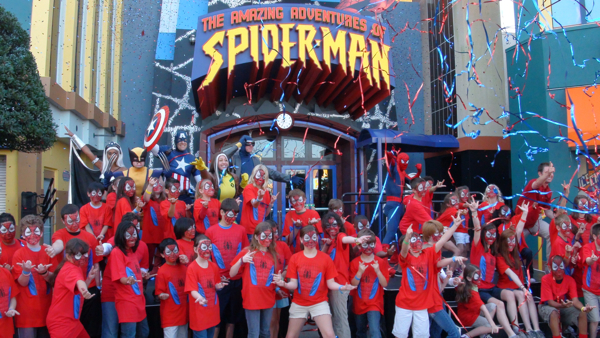 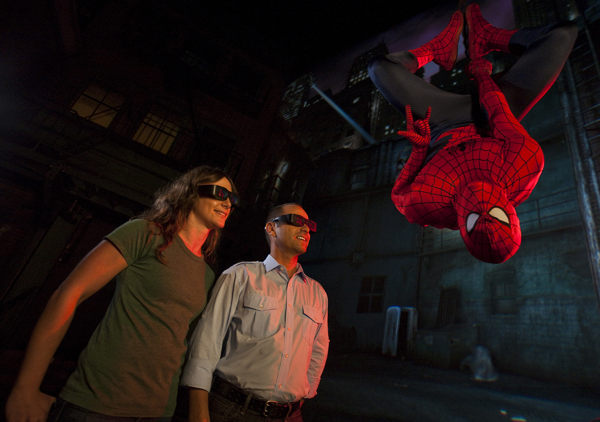 All new 4K digital animation has been added, as well as an Infitec 3D projection system, a new music score and special 3D “Spider-Vision glasses” that allow guests to see the ride in a whole new way.  The new animation and projection systems will bring the ride to life for guests. 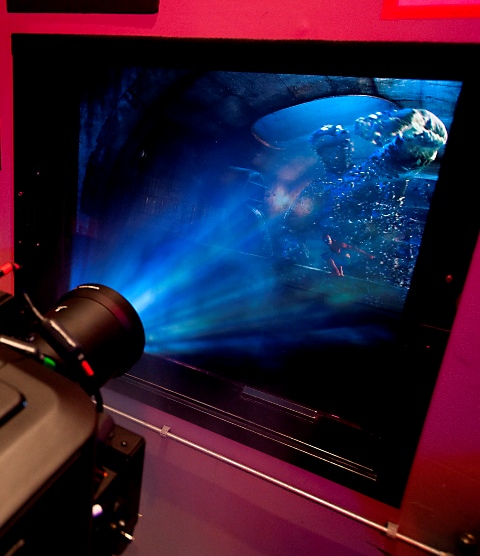 They will actually be able to see such details as stitching on Spider-Man’s gloves, flames coming from Hobgoblin’s pumpkins and electricity going through Electro’s body.  The most up-to-date HD resolution is used so that guests will even notice the characters’ muscles moving.  The color will all be enhanced by the new glasses, which use dichroic filters to bring out the best in the animation. 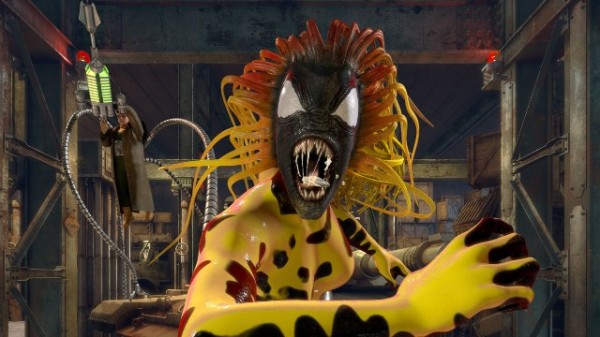 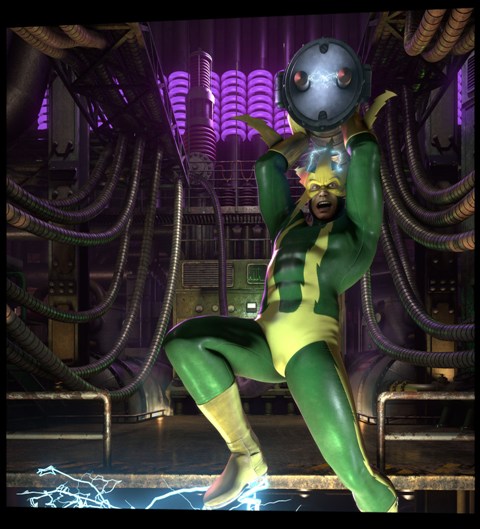 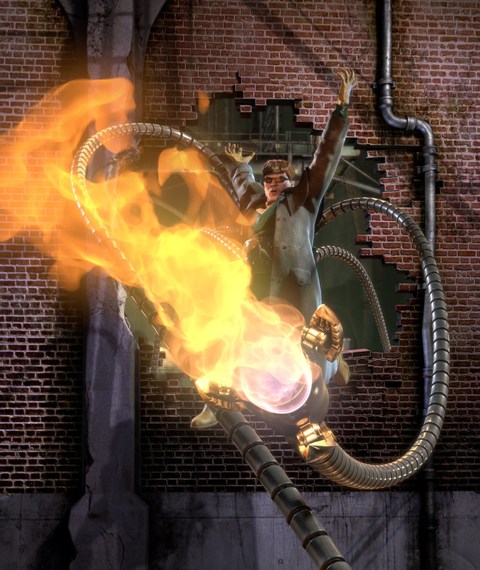 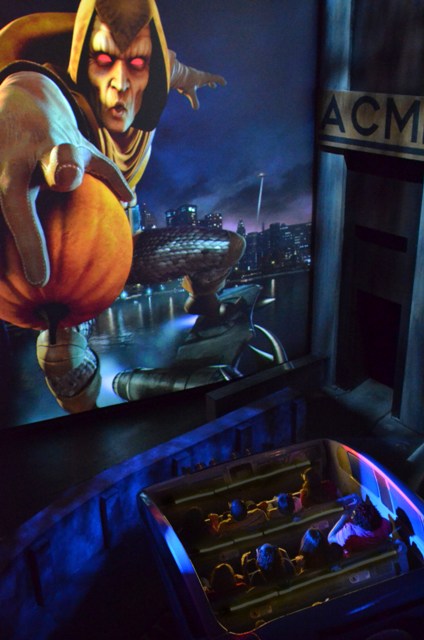 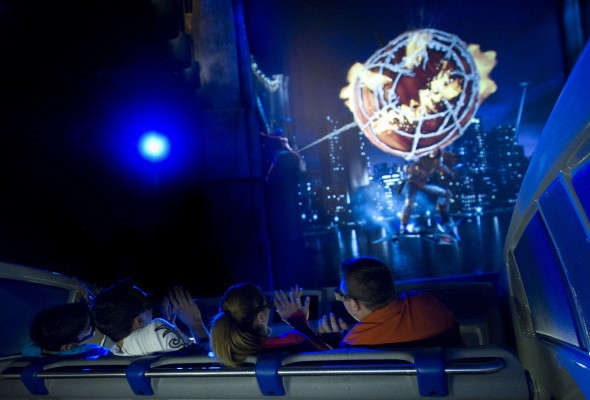 An attraction wouldn’t be complete without music; this new score is an updated, rock version of the classic Spider-Man theme song.  To better experience the new score, each ride vehicle received a new 16-channel sound system (previous was 8-channel). 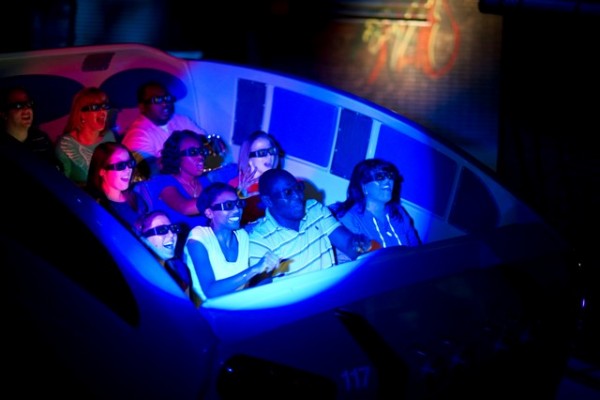 New elements have been added in each scene, from lighting, graphics and props, to new scene elements that the Creative team wants guests to discover on their own. 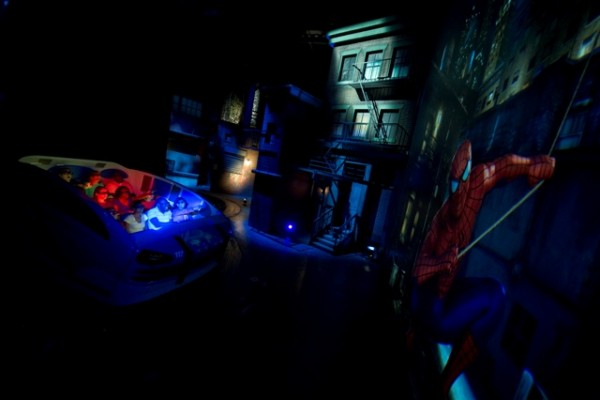 Watch for Stan Lee, comic book icon and Spider-Man co-creator, to make an animated cameo somewhere during the attraction – in 3D!