It was an exciting day here in Orlando! President B. Obama came to Walt Disney World today.  I had planned to stay away because I thought Magic Kingdom would be crazy busy but it really wasn’t. 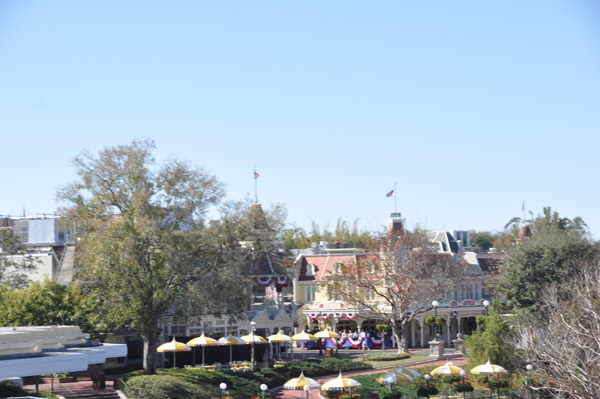 When I arrived at the Ticket and Transportation Center they had just closed down the monorails because of the presidential visit.  The ferry boats were still running.  It was very crowded but you could hear the people talking about the President.

Main Street USA was blocked off with walls and the shops were closed down. Only invited guests were allowed to enter the area. Of course I wasn’t one of the invited guests. 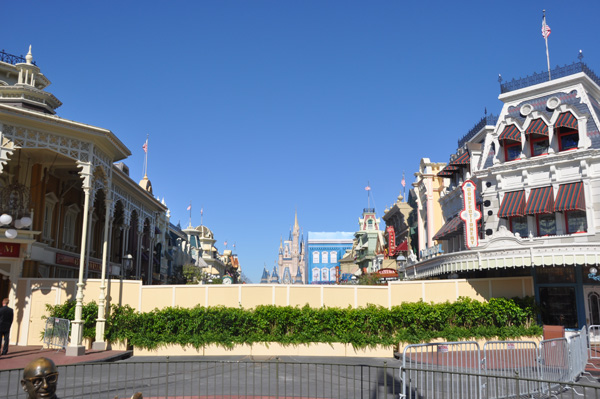 It was a treat to see what Walt Disney World did though to get their guests around the park without using many of the walkways. The entrance was next to The Chapeau shop to the right on Main Street.  It was a chance for many to see backstage areas. I know it might upset some people to see that, but today the area was loaded with plenty of things to see.  Guests got the chance to see some of the Main Street Electrical Parade floats, there was a DJ playing music and talking with the crowds.  Cinderella’s Royal Carriage was there for pictures.  I have never been wished Have a Magical Day! by so many cast members.  We exited near the Carousel of Progress. 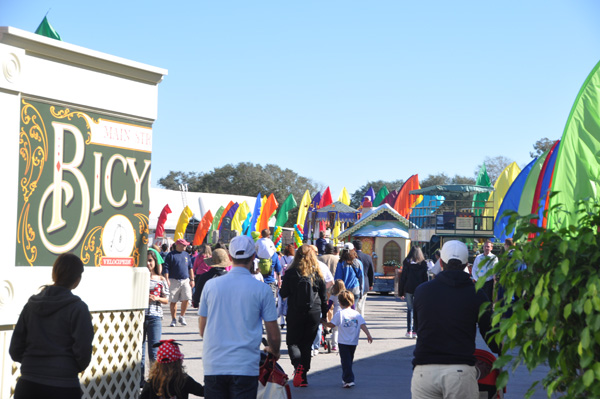 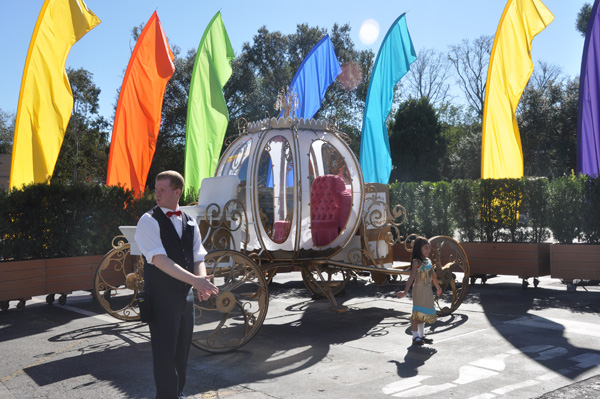 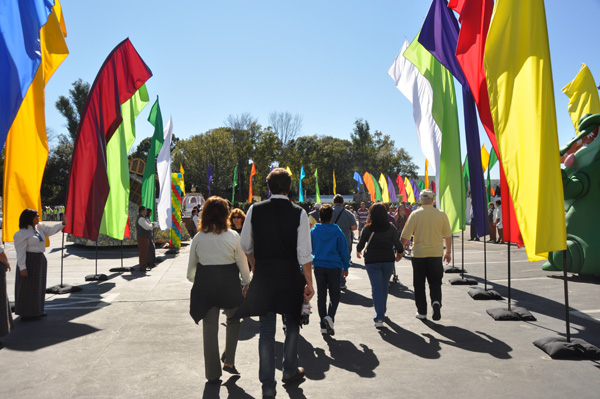 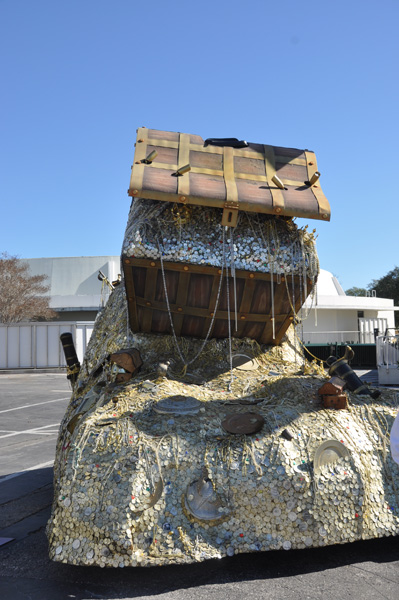 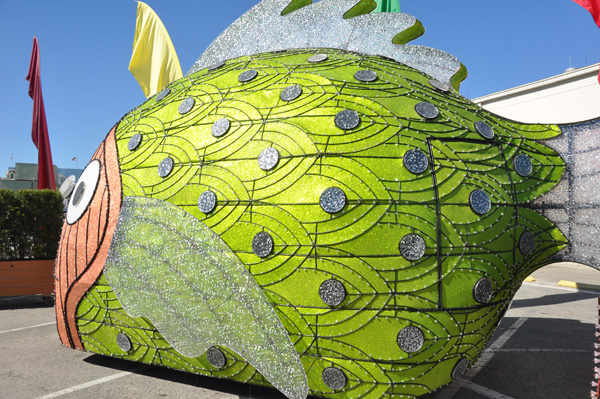 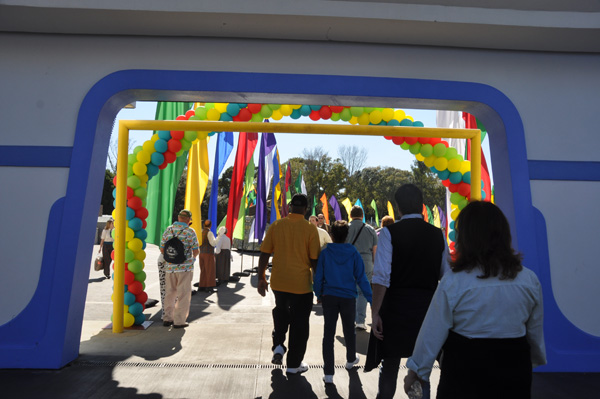 I decided to try riding the Tomorrowland Transit Authority to see if I could get any good pictures of the area where the President would be. You weren’t able to use any of the walkways leading to the Hub. There were cast members stationed everywhere to help you move around the park while still avoiding the Castle area. 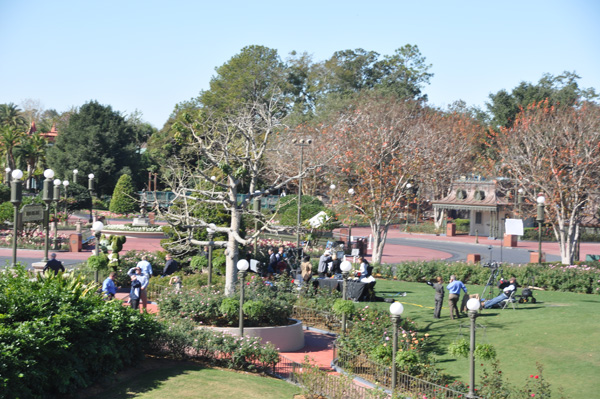 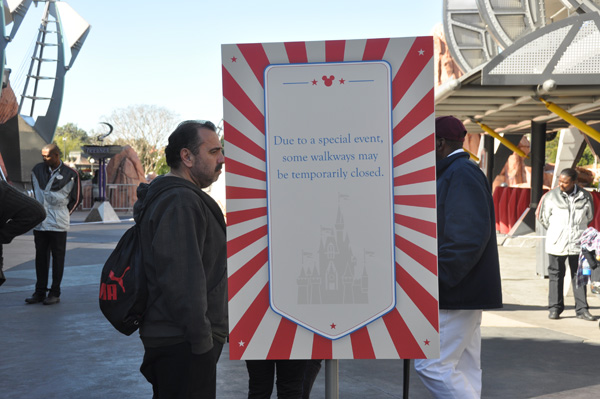 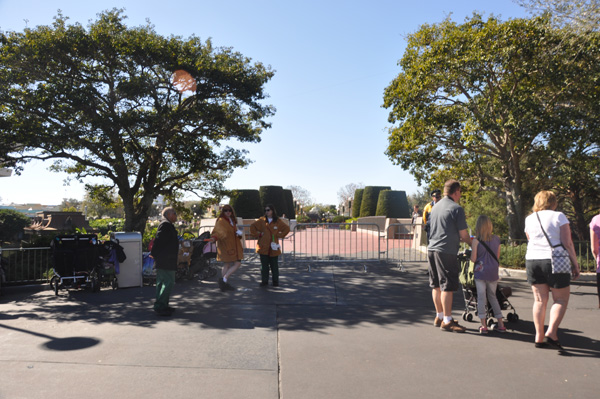 I finally made my way around to  Liberty Square.  I was hoping there would be a place to see the speech but we were told we wouldn’t be able to see the President.  A cast member informed the crowd that they would be showing the President’s speech live on the big screen in  Hall of Presidents.

Can you spot the Secret Service? 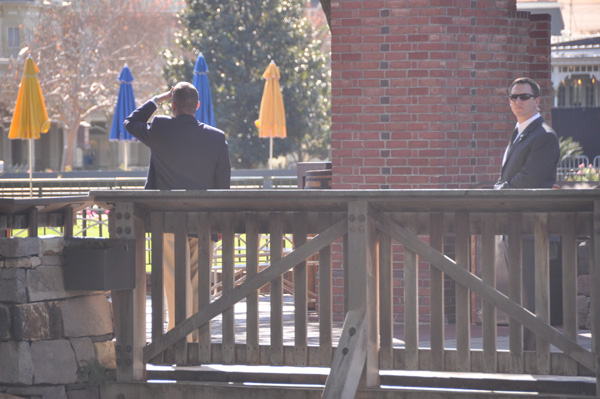 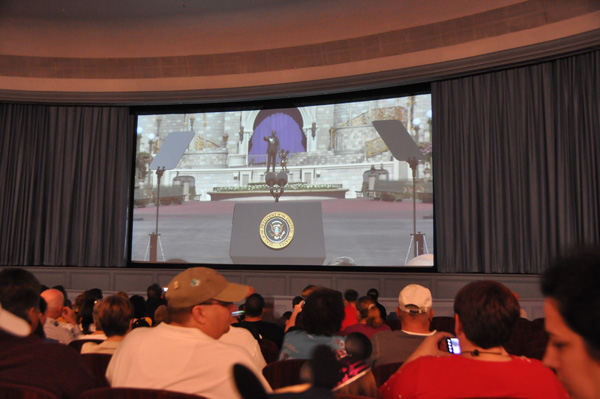 It was a great way to experience this special day in the Magic Kingdom. I was surrounded by fellow guests from around the world. There was clapping and cheering as the President spoke.

As I left on the monorail we were informed they were stopping the monorail while the President was departing the park.  I was able to get a shot of his motorcade as it left while I was waiting in my car.  Today was a very special day for me!  I got to see a different side of Magic Kingdom and I got to see the Pomp and Ceremony that goes on when a President visits a theme park. It is a day I won’t soon forget. 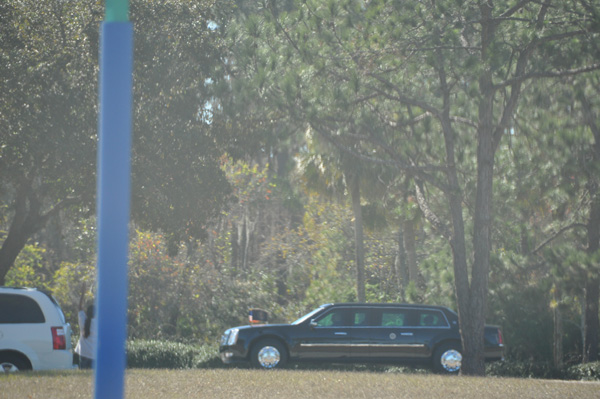