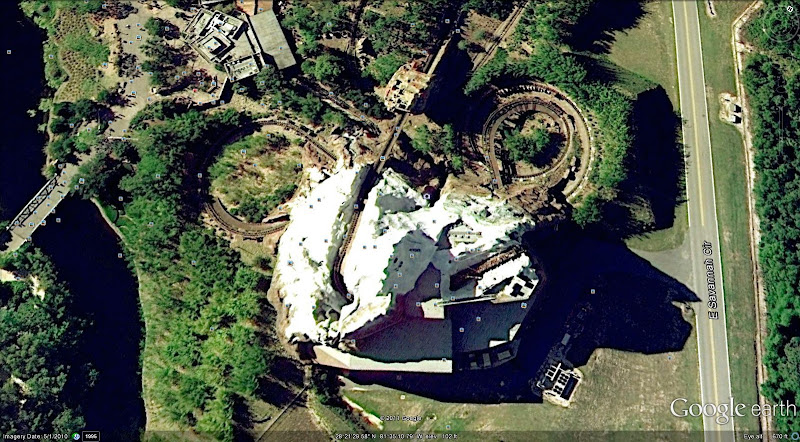 This may not be a brand new hidden Mickey discovery and some of you may have already known it existed, but I’m guessing very few of you knew about it.

If this huge hidden Mickey discovery wasn’t enough these same Disney park fans discovered something else that was even more amazing.  Check out an expanded aerial view of Expedition Everest with its additional track at the top of the picture.  Has anyone ever seen a hidden Oswald the Lucky Rabbit before?  I know I haven’t.  You can learn more about Oswald the Lucky Rabbit here. It’s safe to say the Expedition Everest hidden Mickey was probably intended and incorporated by Disney Imagineers.  However, what’s unclear is whether or not the hidden Oswald the Lucky Rabbit was intended by Imagineers or was included by accident and coincidence.

What do you think?  Was this done by accident or intended by the Disney Imagineers?  Either way I found this discovery to be very cool and I personally believe this was Disney Imagineering trying to incorporate Disney’s rich history into one of its premier E-Ticket attractions.

From all of us at the DIS and DISUnplugged we’d like to wish you and your family a very Happy New Year!