Memories: Waterfalls of the Disneyland Hotel

Whether it was known as the Bonita Tower or the Wonder Tower, the vista that many people enjoyed from the youngest of the three Disneyland Hotel towers is now but a distant memory.  The Disneyland Hotel Waterfall was famed for its relaxing sounds, its romantic lighting, and its playful spirit.  However, 31 years after its creation, it’s just a memory.  Come along as I walk you down that lane and show you a bit of history… 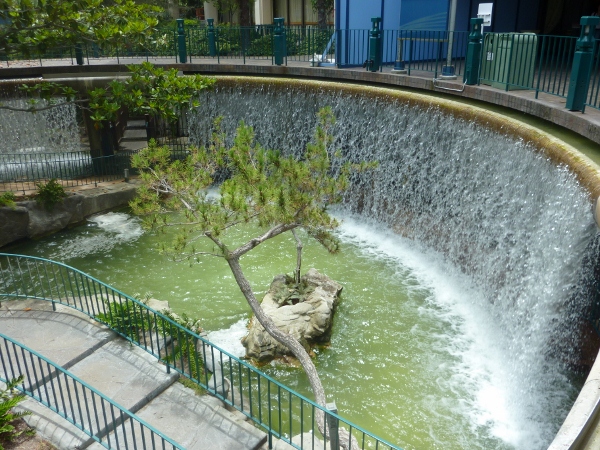 With all the construction of the last several months, I thought it might be nice to pay some last respects to a part of the history of the Disneyland Hotel – the Waterfalls.  Thus, I’d like to share some photographs of this classic and now-removed feature.

To get to the waterfalls from the hotel entrance, you could go two ways.  The most scenic was the path that starts at Goofy’s Kitchen.  You’ll walk along the convention wing past the now-gone Lost Bar and its Remote Jungle Boats. 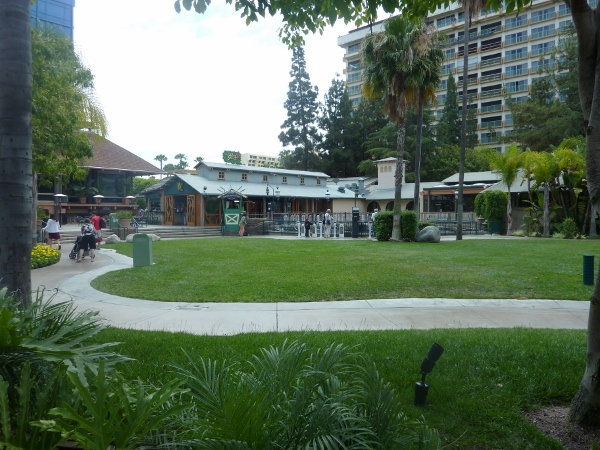 This path also takes you back to one of the original and most magical features of the hotel – The Dancing Waters or Fantasy Waters Theater.  This theater was one of the first of its kind, featuring fountains and colored lighting that was synchronized to a soundtrack.  Unfortunately, the shows were discontinued around the late 1990’s and the once glowing square light panels are covered in vines and growth. 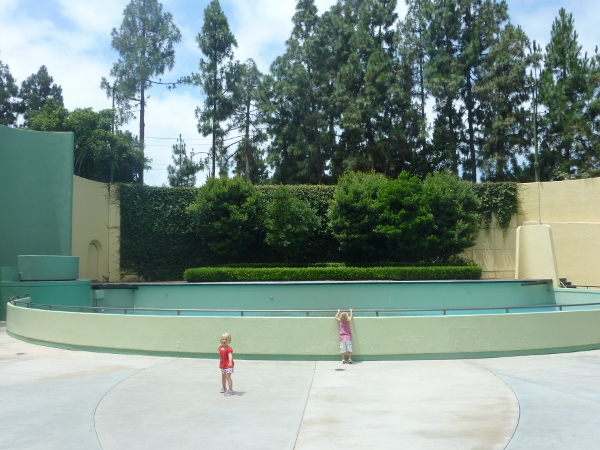 Turning toward the east from the fountains, you encounter the first part of the waterfalls – the Koi Ponds. 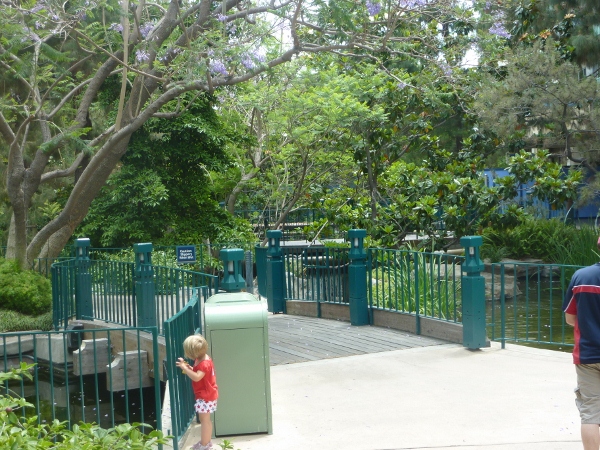 These wonderful fish have since been moved to their permanent home in the Huntington Gardens in Pasadena, CA.  I know they were a favorite of my kids.  We can either cross over the bridge to head down the west path to the lower level of the waterfalls, 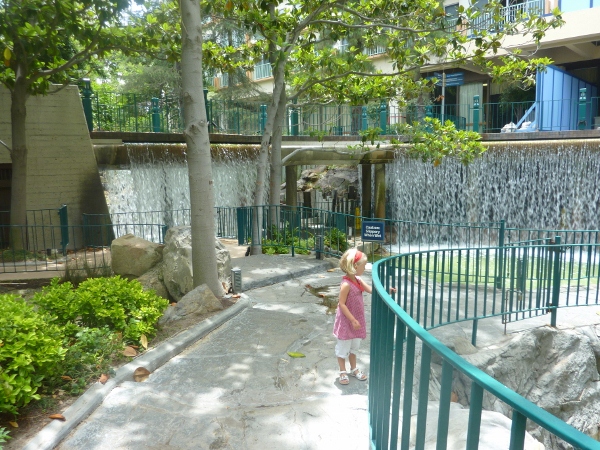 or take the stairs near the center. 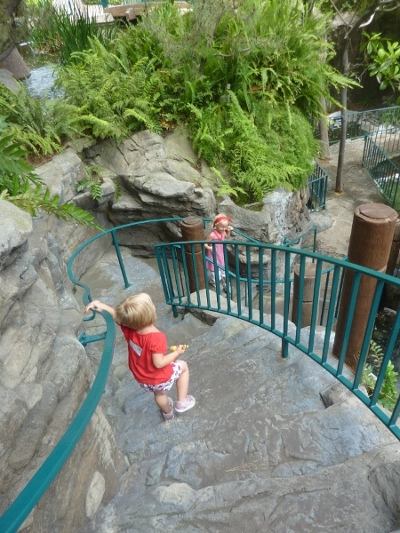 Either way provided a unique vista.  Once at the bottom, there were grottos to explore, 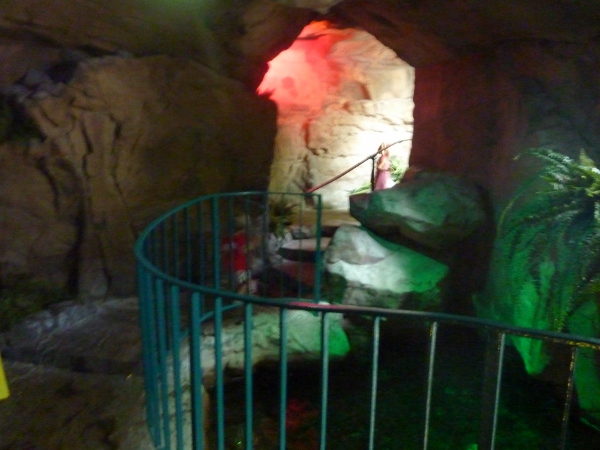 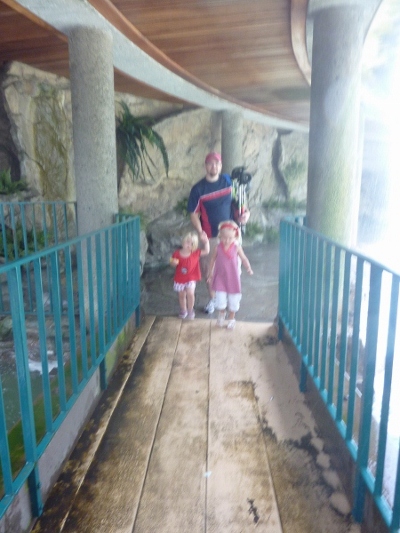 and plenty of places to get wet! 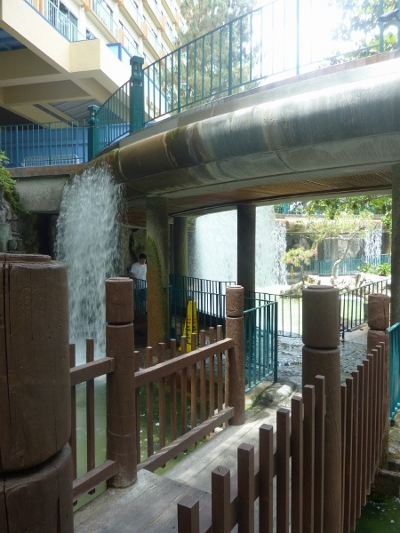 The falls certainly provided families with both beauty and solace… 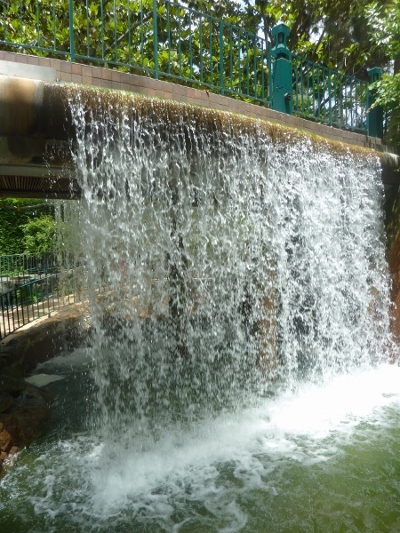 I know for families such as mine, they will be missed.  Thank you for years of memories!

Memories: A New Blog Series Looking Back at Disney’s Past
A Hidden Mickey Discovery at Disney’s Animal Kingdom