Disney’s Aulani Resort and Spa first opened to guests on Monday, August 29th.  However, this past week Disney invited in 100’s of reporters and media outlets to the resort for their first look.  On Thursday, September 22, Disney held a Grand Opening Spectacular Celebration for the new Hawaiian resort.  Continue after the break for Disney’s official photos. 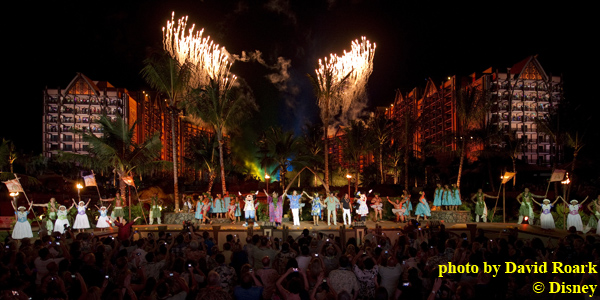 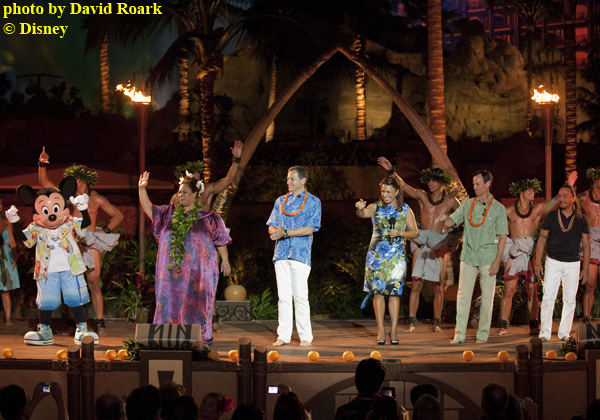 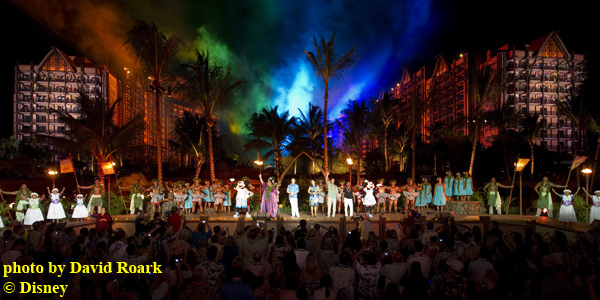 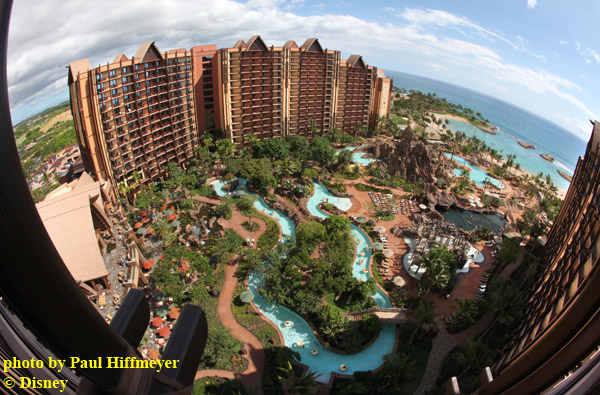 In the photo below, Bob Iger (right), President and CEO, The Walt Disney Company and Tom Staggs (left), Chairman, Walt Disney Parks and Resorts, wade into the Waikolohe Valley pool with Mickey Mouse the day before the grand opening ceremonies. 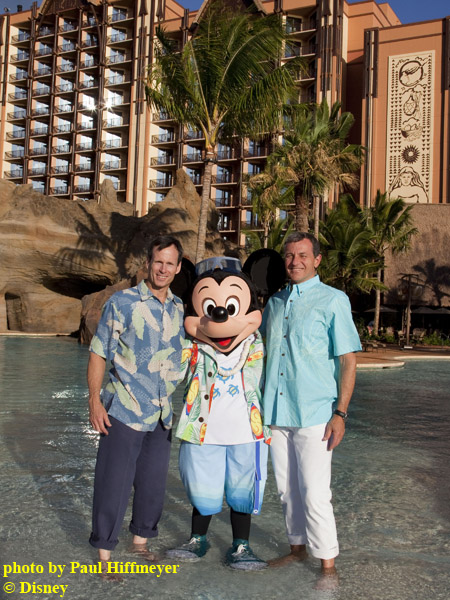 For more photos and details of Disney’s Hawaiian paradise, be sure to check out the Aulani Resort and Spa page on The DIS.