A surprise came from Burbank, CA when Disney Parks announced a partnership with Fox Entertainment and James Cameron to bring the world of Avatar to the Disney themeparks worldwide.  The first such venture will be an Avatar themed land at Disney’s Animal Kingdom in Walt Disney World with construction to commence in 2013.  Continue after the break to see how the news is being received within the Disney Fan community. 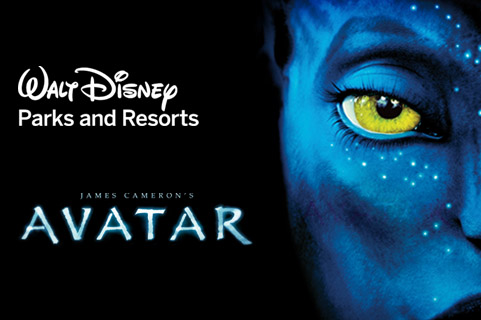 “James Cameron is a groundbreaking filmmaker and gifted storyteller who shares our passion for creativity, technological innovation and delivering the best experience possible.  With this agreement, we have the extraordinary opportunity to combine James’ talent and vision with the imagination and expertise of Disney.”

An article on the Official DisneyParks Blog said Disney’s Animal Kingdom was chosen in order to give guests the opportunity to experience the worlds of animals and nature – in this case the mythical land and animals of Avatar’s world Pandora.  Storytelling within Animal Kingdom focuses on living in harmony with the land and animals.  These themes also occur in Disney’s film Pocahontas, and characters as well as a previous show on Pocahontas were natural fits for Animal Kingdom.  So maybe it should be no surprise that Avatar, a film often directly compared to Disney’s Pocahontas (such as in the popular mash-up video by Randy Szuch below), would be next to come to Animal Kingdom.

The Disney fan community is still processing the news.  Perhaps, not surprisingly, the initial reaction is mixed.  In a thread on the DISboards, some posters thought the announcement was a joke, while others were excited for any new attractions coming to Walt Disney World.

SIMJUN replied, “I think this is great.  The animals will fit right in with the animals that never were theme.  The potential for rides is great.  Visually it could be beautiful.”

Whereas GoofyforDisney3 said, “I think it is stupid.  Never watched the movie, have no desire to watch the movie and have never met anyone that is such a big fan of the movie that this would be exciting.” 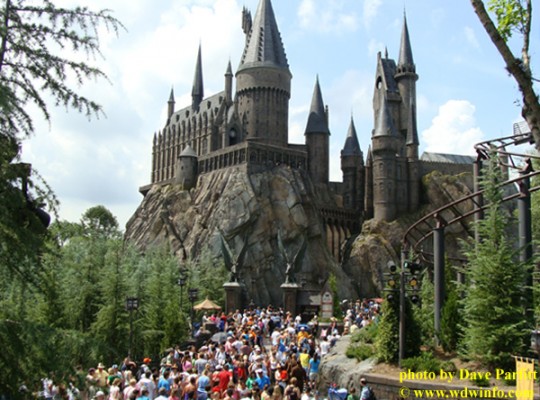 Comparisons to the Wizarding World of Harry Potter, the year-old land at Islands of Adventure, will inevitably be drawn with any new land proposed at Walt Disney World.  A theme park land based on a film franchise [2 new Avatar films were also announced by Cameron] that includes rides, food & beverage, and merchandise sounds awfully familiar to the lucrative cash cow found down the highway in Orlando.  Although in fairness, an Avatar themed land at Disney’s Animal Kingdom also sounds strikingly similar to the new Cars Land currently under construction and slated for opening in 2012 at Disney California Adventure.  Finally, it’s unfortunate the details of this deal were not worked out so the announcement coule be made at last month’s D23 Expo.  This is just the type of jaw-dropping surprise that guests were hoping for from the lackluster Parks and Resorts presentation.

Time will tell how this new announcement will shake out, and I’m reserving judgement until I actually see what Walt Disney Imagineering dreams up.  My initial reaction is total surprise.  I just don’t see this one film as having that timeless quality the characters of the Star Wars or Indiana Jones franchises had when they were introduced to the parks.  However, I have a sneaking suspicion Disney wanted to jump on the Avatar franchise in order to prevent Pandora from establishing roots next to another world – a Wizarding world, perhaps.

I’d love to read your reaction to this news.  Does an Avatar themed land at Animal Kingdom excite you?  What would you hope to see included in such a land?  If this is not the type of expansion you hoped to see, then what would you have liked to see?