While Americans celebrated the last gasp of summer over the Labor Day holiday, across the Atlantic Ocean, workers in the Meyer Werft shipyard in Papenburg, Germany labored to complete Disney Cruise Line’s newest ship – the Disney Fantasy.  Continue after the break for Disney’s video of the ship’s bow being set in place. 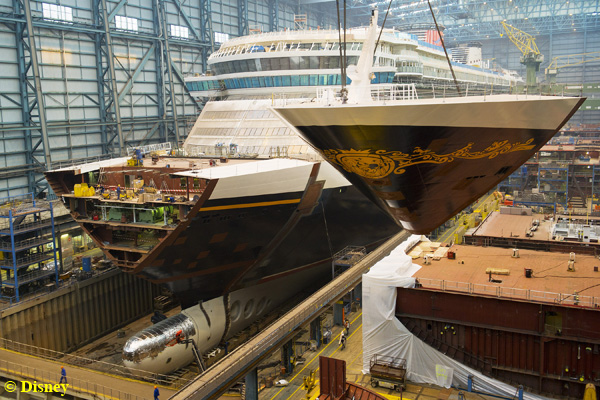 With the 265 ton bow, emblazoned with the gold Sorcerer Mickey, welded onto the hull, construction of the exterior of the ship was completed.  The shipbuilders shift their attention to finishing the interiors of the vessel.

The Disney Fantasy’s maiden voyage is set for March 31, 2012 from Port Canaveral, FL, and is slated to sail 7-night Eastern and Western Caribbean itineraries. 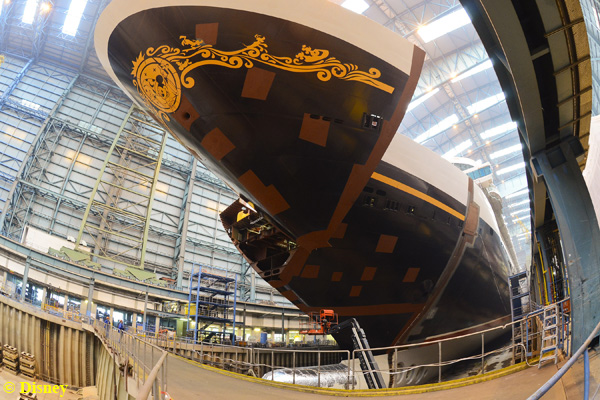