Late in July a server at Chef Mickey’s filed a lawsuit against Disney Parks and Resorts (“Disney”) as well as her union, the Service Trades Council Union. The lawsuit alleges the server was unjustly fired and that the union unfairly failed to represent the employee to an arbitration or grievance.  Continue after the break for more about this lawsuit. 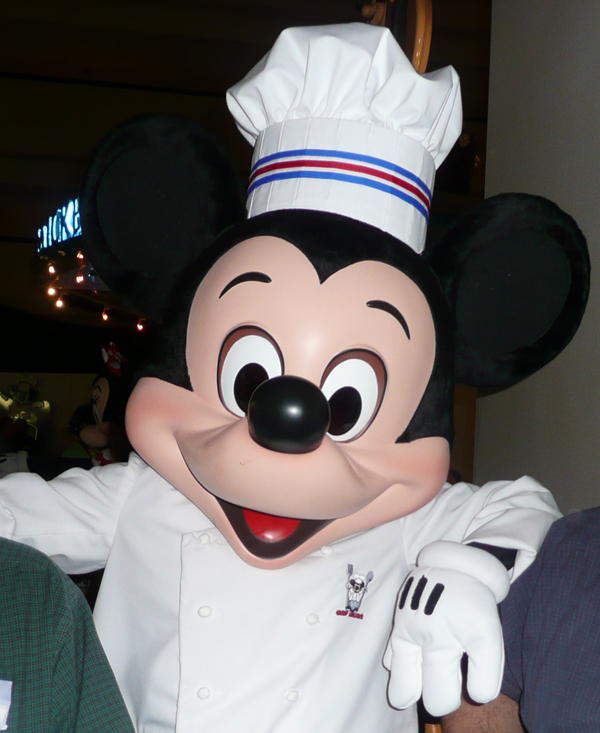 The complaint attached four written reports which explained why Disney fired the server.  On June 24, 2010, four employees from Disney’s Advisory and Assurance Division visited Chef Mickey’s for a late breakfast, not identifying themselves as company employees.  After breakfast, the total bill for the four was $115.96, which the diners asked the server to split for two parties.  One party paid for the meals with a credit card.  The other with cash.

After leaving Chef Mickey’s, the four secret diners returned to an office where they checked the computer records of the transaction.  The computer showed the credit card charge.  The other charge, however, instead of showing on the computer as a cash transaction, showed as having been charged to a Disney Dining Plan number that had been previously used that morning.  The server denies the theft, saying Disney failed to prove the register was short at the close of the server’s shift.

This kind of a lawsuit has become fairly rare.  This is what is known as a “hybrid 301” claim.  Hybrid because the employee must first show her union breached what is referred to as the duty of “fair representation” and then that the company violated the contract with the union (which is enforced by a statute enacted in 1947 as section 301 of the Labor Management Relations Act).  The employee doesn’t necessarily have to show any illegal motive as in the much more commonly used discrimination lawsuit.

Unions have significant discretion over how to handle employee grievances.  This includes whether to pursue arbitration at all.  Most unions tend to pursue arbitration when a high seniority employee has been fired, though the Supreme Court made it clear in 1967 that this is not always required.  The union’s duty is to treat employees fairly.   It is unfair, for example, when an union discriminates against an employee on the ground of race, sex, religion, Union activities; or personal life style (including sexual persuasion) of the employee.  Short of showing an illegal motive, however, the employee’s burden is very difficult to meet as a union need only offer a rational and true explanation for its decision not to pursue arbitration.  If the union here, for example, decided that they stood little chance of winning at arbitration, that would be a legitimate defense to the lawsuit.  Again, the server cannot prevail against Disney without also showing that the union is at fault.

Disney’s union contract includes an extensive “matrix” that governs cash handling errors.   Employees receive points for mistakes, with more points assigned depending on whether the error involves large amounts ($250 or more).   Five points results in discharge.  Dishonestly, however, is an express exception to the cash handling process, permitting an immediate discharge of the employee.  Either discharge may be grieved.

While the legal issues fascinate legal wonks like me, I thought it was also interesting to see how Disney protects the integrity of its financial systems.  I also wondered what happened to the family who owned the Disney Dining Plan which the server used to conceal her alleged theft.