Walt Disney World has added Lightning McQueen to their Lights, Motors, Action! stunt show at Disney’s Hollywood Studios.  I was excited and anxious to see if this addition added anything to the show or if it was just an attempt to plug the new Pixar movie Cars2. Would the audience notice that Herbie the Love Bug wasn’t part of the show anymore?  Well, read along after the break to see what I thought. 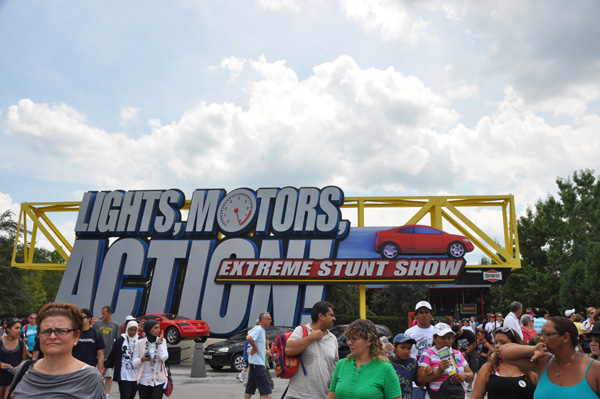 It was hot and maybe I was cranky, but it sure was a long walk back to my seat for the show. They had fans blowing but it didn’t really help with the heat.  The show finally started and they showed the crowd how they perform some of the car stunts for the movies.  I must admit I love watching the drivers perform their stunts. Remember everyone, do not try this at home!  These are trained professionals. I do think they need to rethink the cameraman on the truck that goes back and forth.  The camera was not pointing at the action several times and the cast members  didn’t see to be “into” making the movie once they got on the truck. There were a few other things I noticed that weren’t quite right.  Disney is all about the details and maybe they were having a bad day. 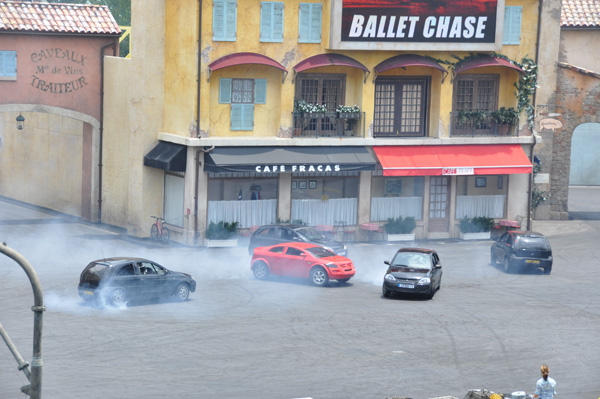 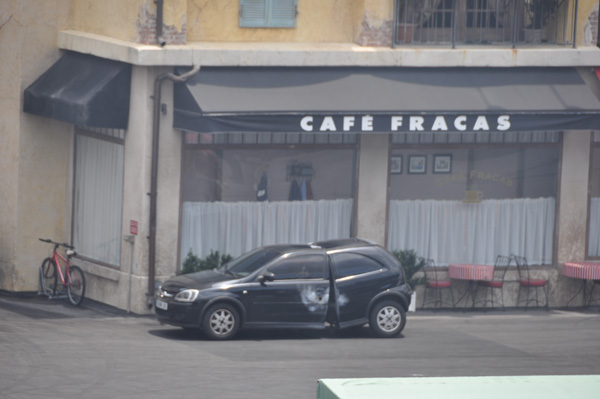 It finally came time for Lightning McQueen.  He rolled out of the back of one of the props.  We watched the TV screen as Mater told him about the “bad guy” being in the area as an AMC Gremlin rolls on stage.  The two cars then play this silly cat and mouse type game where Mater keeps telling him where the other car is and Lightning says he doesn’t see him.  Of course the audience can see they are on opposite sides of the trailer.  Personally it got old real quick. To me, it just looked like an advertisement promoting the movie.  Did it add anything to the show?  No.  Should you make a special trip to see this if you are a fan of Cars the movie? No.  If you have never seen this show I would recommend seeing it, but not because of the addition of Lightning McQueen. 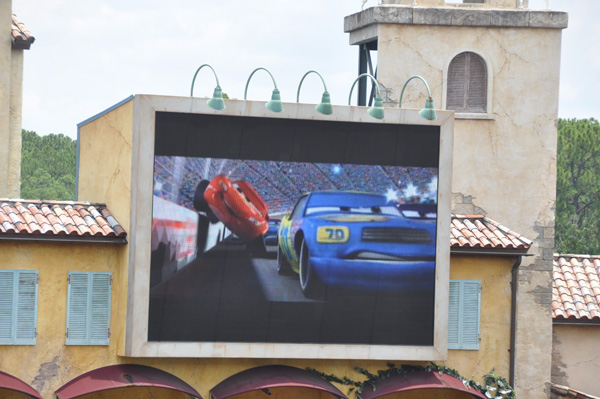 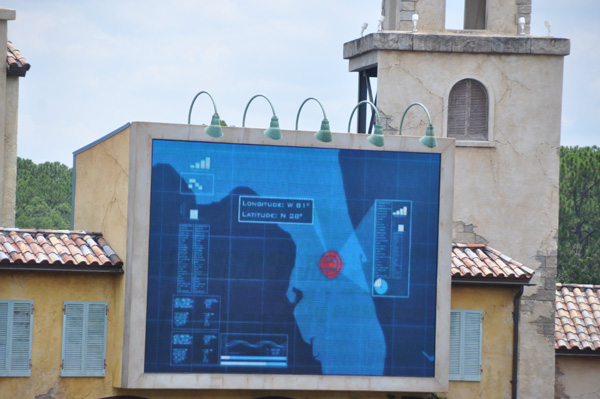 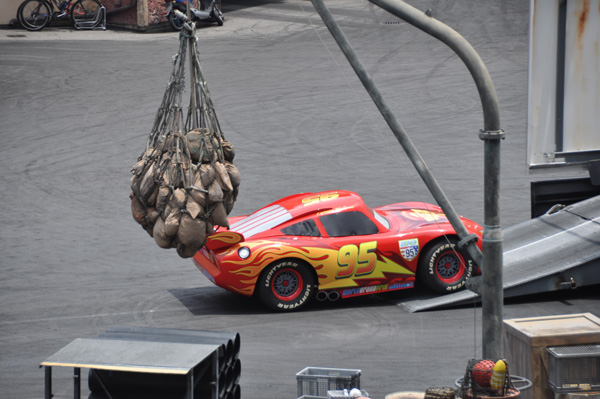 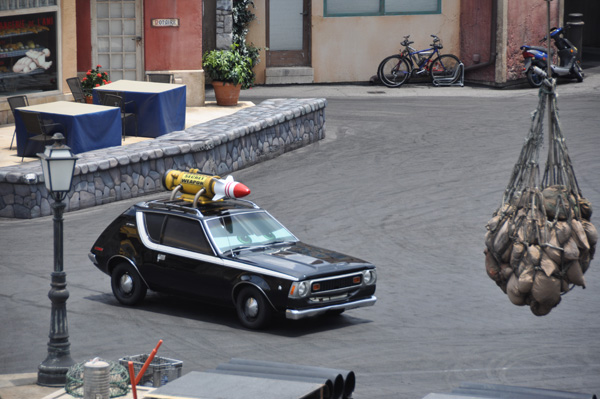 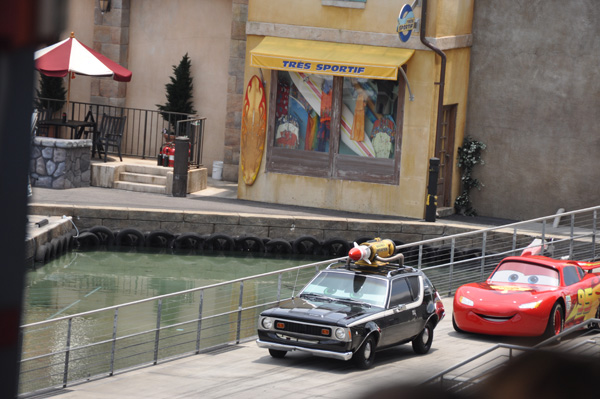 It was fun watching the cars perform for the rest of the stunt show. 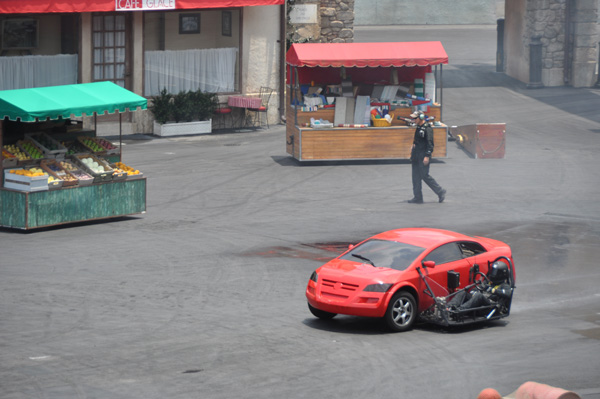 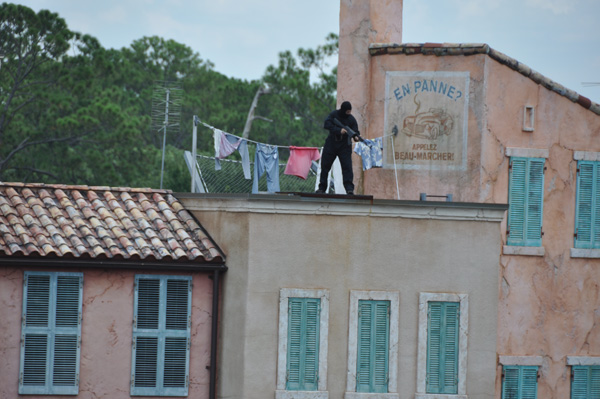 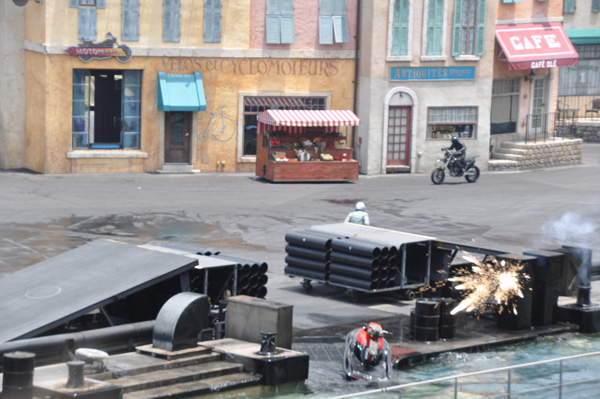 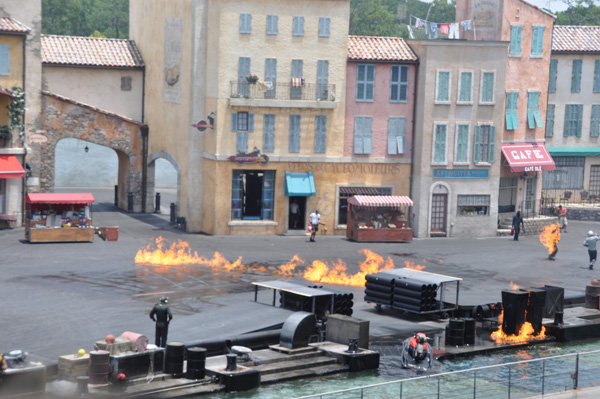 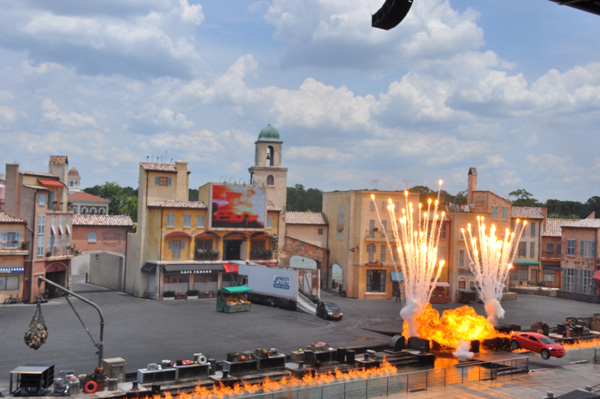 It’s hot here in Orlando and I would recommend bringing some water with you while you wait and watch. Be sure you are wearing sunscreen.  If you have one of the seats in the sun you will be miserable by the time the show is over.

If you have seen the latest version of Lights, Motors, Action what did you think?