In all our visits to Walt Disney World’s Magic Kingdom, one attraction we had yet to experience was Tom Sawyer Island.  We weren’t avoiding it, but as it’s only open until dusk – we just had not worked it into our itinerary.  Checking out the DIS, Tom Sawyer Island definitely gets mixed reviews – rating 6 out of 10.  “Disney-Obsessed” loved it, rated it a 9, and said “the caves were my favorite part.”  However, “MarchMadness24” called the attraction a bore, would NOT recommend, rated a 1, and emphasized “I have had more fun times at the science museum than this attraction.”  Well, I love science museums, so it was time to explore the island ourselves, and make our own opinion.  Continue after the break to come along with my family on this walking tour of Tom Sawyer Island. 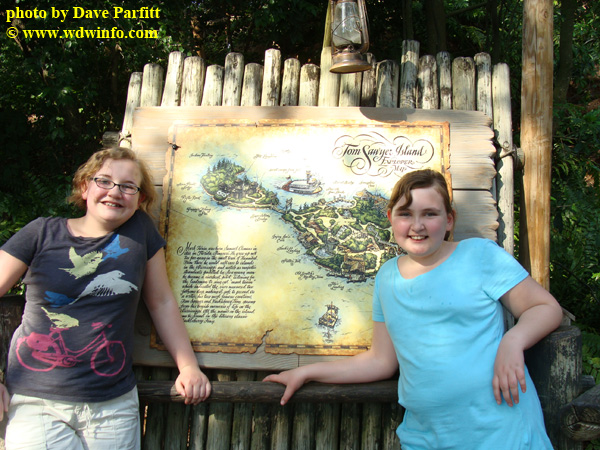 The island’s a walk-through attraction, accessible by “raft” launched from a boat dock across from Splash Mountain.  You should note that the walking trails are quite narrow with some tight turns, hills, and steps.  The island is not an accessible attraction for those in wheelchairs.  Once you arrive on the island, take the time to read the signs left for you by Tom Sawyer and Huckleberry Finn.  They act as guides on your tour of the island, and transport you back to mid-1800’s Missouri along the mighty Mississippi River. 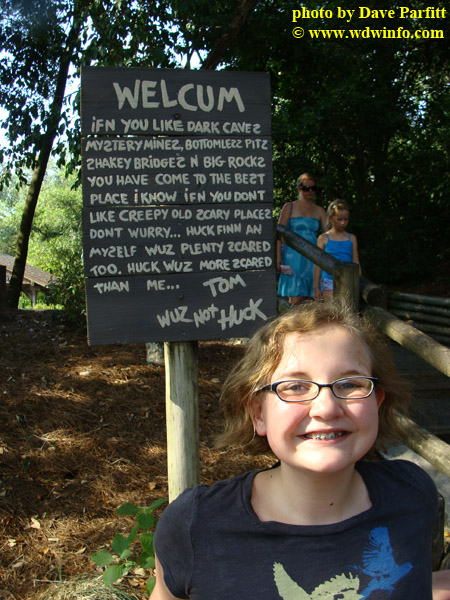 On our tour of the island, we dropped mom off to sit-a-spell in a rockin’ chair on Aunt Polly’s porch, and then we headed off to explore.  Past the whitewashed fence that Aunt Polly asked Tom to finish painting… 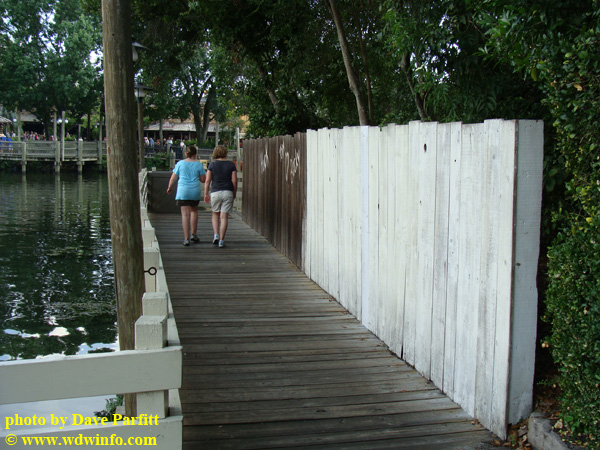 The island is a different type of attraction in the Magic Kingdom and offers incredible views.  It’s a perfect venue for photographers, and a great place to escape the crowds, heat, and to decompress. 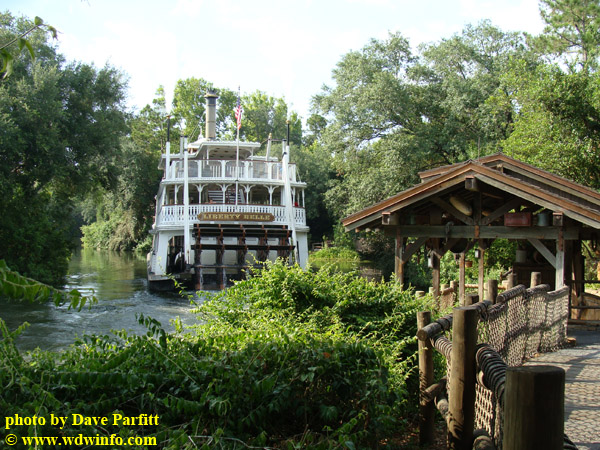 The Liberty Belle paddles down the river past the island.  Let your kids play free on the climbing structures while you soak in the details. 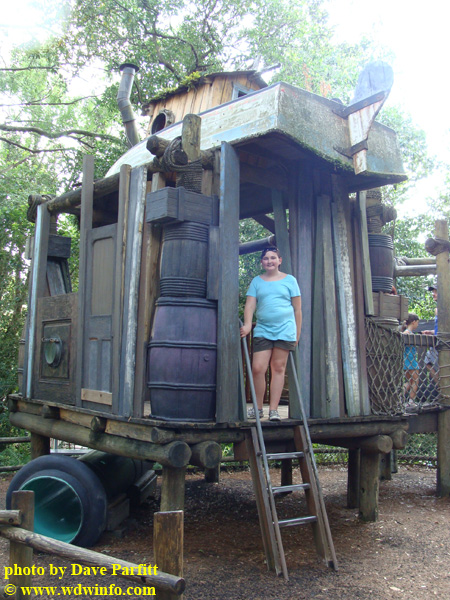 Or, let the kids sit, rest, and consolidate those memories they’re forming from this Disney vacation. 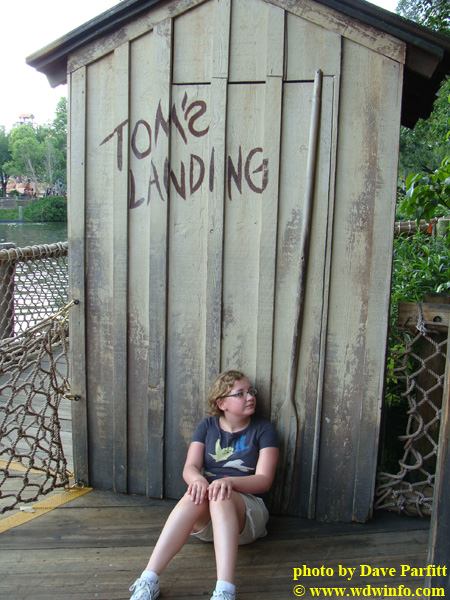 As in Mark Twain’s books, there are caves to explore.  There’s no fear of getting lost like Tom and Becky Thatcher, and Injun Joe won’t be hiding in them either. 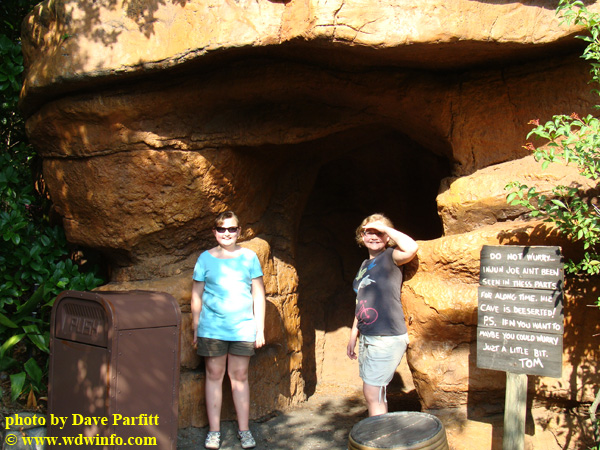 However, just between you and I, there are lots of nooks and crannies for a father to hide, jump out and spook the kiddos.  If one was disposed to that kind of action, not that I would do that – ok, it did get a giggle out of the girls. 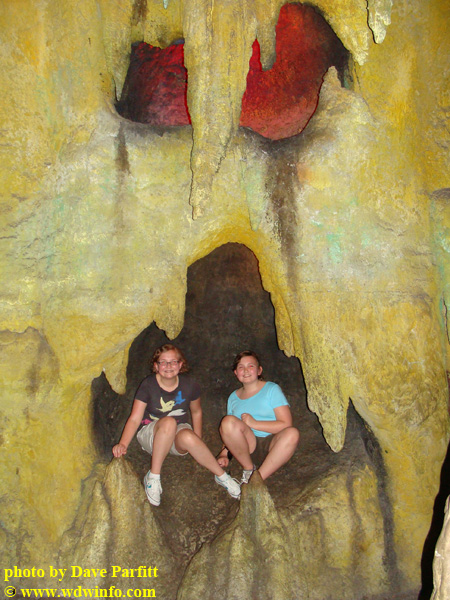 Once we’re out of the cave, we see the Liberty Belle making another pass down the river around the island. 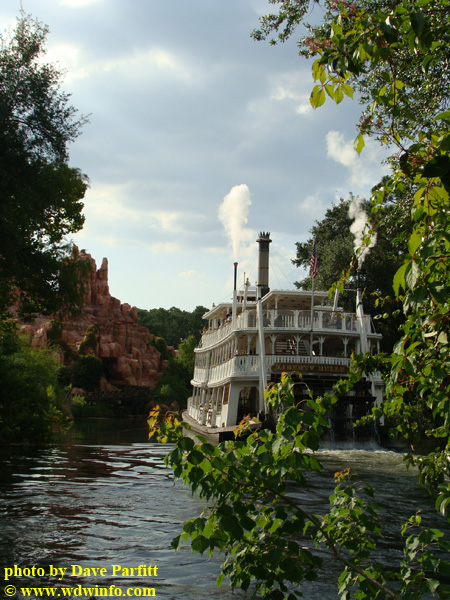 Tom Sawyer Island is actually made up of two islands, one connected to the other by a suspension bridge. 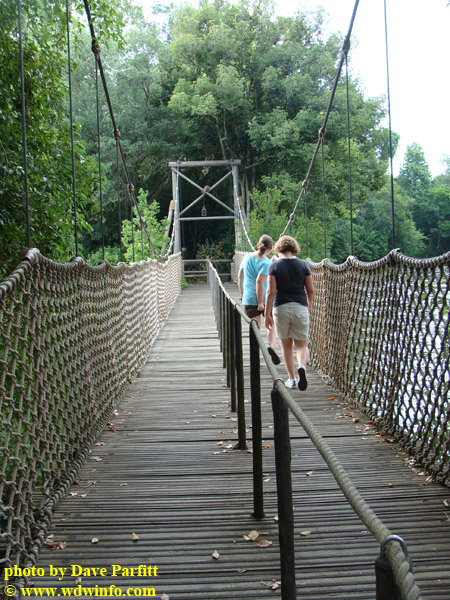 On the other side of the bridge you can explore Fort Langhorn.  A replica of log fortresses built along the river to protect settlers from Indian tribes during the era. 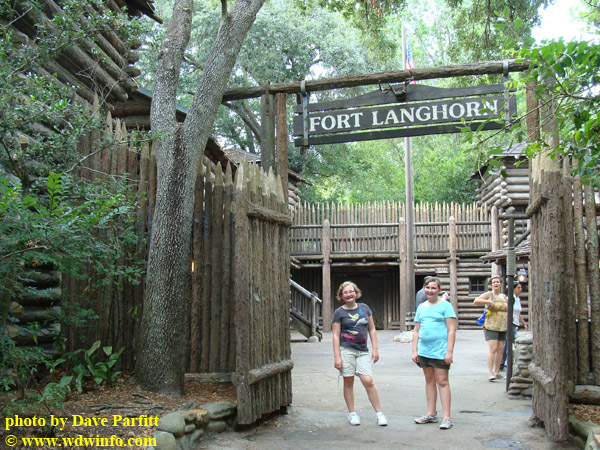 You can climb through the fort, into the ramparts, and fire the rifles. Pwew! Pwew! (oh wait, wrong sound effect…) 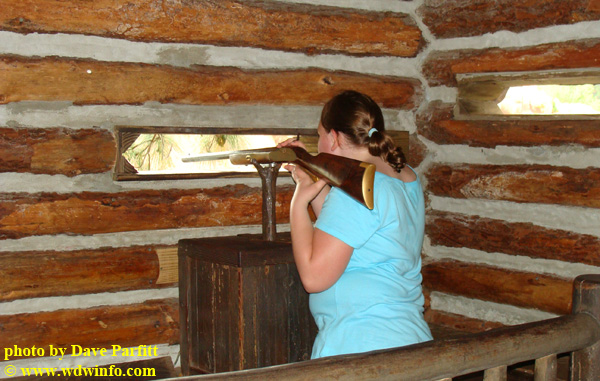 Peering through the fort’s windows gave great views of a certain runaway mine train across the water. 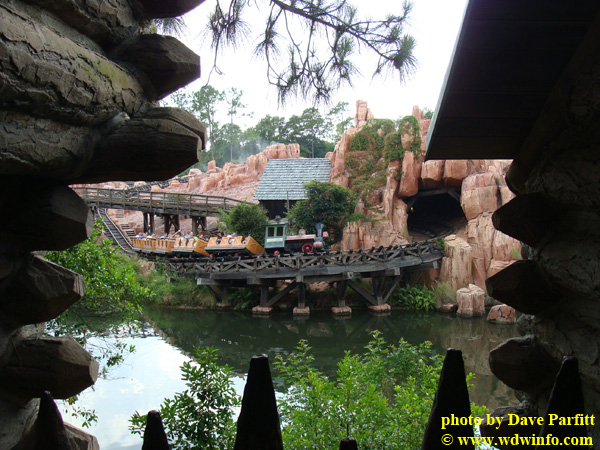 After fully exploring the fort, we proceeded back to Aunt Polly’s to collect Mom from her rocker.  We crossed the bouncy barrel bridge.  Careful, your shoes may get wet… 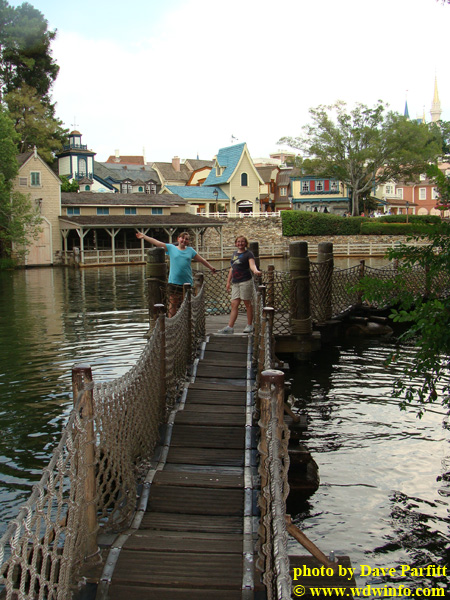 It was time to get back to the fray of the Magic Kingdom, but not before one more glimpse of the Liberty Belle paddling down the water.  That reminds me, we’ve never ridden the paddleboat either… hmmmm, another trip? 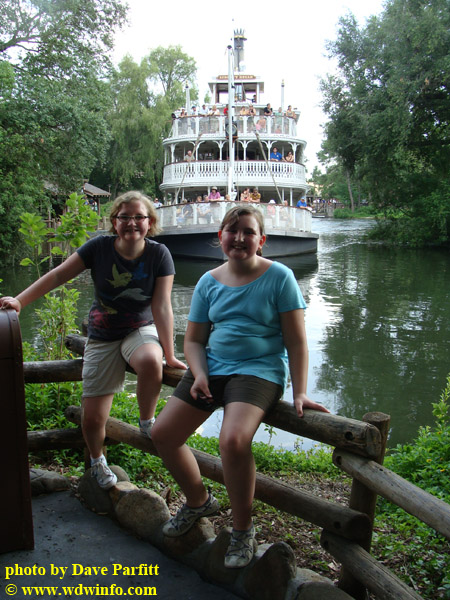 We had a great time exploring Tom Sawyer Island, and particularly enjoyed letting the girls choose their own path down the trails.  It was a great way to escape the crowds and lines for a little bit at the Magic Kingdom.  If you are pressed for time during your visit to the Magic Kingdom, and are rushing from Space to Splash to Big Thunder Mountain, then this may not be for you.  However, if you are one to take it slow and easy and soak in the details, then this may just be the place.

What are your thoughts?  Does your family enjoy Tom Sawyer Island?  Do you try to go over on every trip to the Magic Kingdom? Only occasionally? Or would you rather not take time out of your day to go over to the island?  Please share your comments below.