Kaká, the Brazilian soccer star who plays professionally for Real Madrid, recently spent time at the ESPN Wide World of Sports Complex.  He was on hand to help promote next month’s Disney Cup International Youth Soccer Tournament.  The competition brings in nearly 200 youth soccer teams from 16 different countries including Kaká’s home country of Brazil, United Kingdom, Guatemala, Ecuador, Costa Rica, Canada, and the United States (just to name a few).  Continue after the break for Disney’s video of Kaká’s appearance. 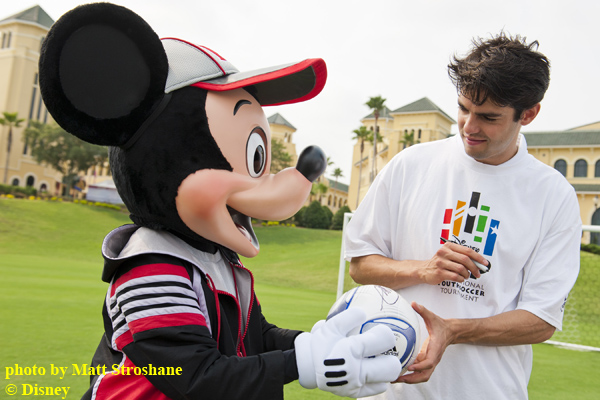 In the video Kaká discusses his love of Disney, playing in the 2014 World Cup in Brazil, Real Madrid, and the Disney Cup youth soccer competition.

However, it wasn’t all futbol during Kaká’s time at Walt Disney World.  He also participated in some American football as well.  A number of NFL players were on hand for the Tom Shaw Performance Training Camp including the Pittsburgh Steelers’ Bryant McFadden.  During the select drills, Mickey Mouse played quarterback, Kaká went out to catch the pass, and McFadden covered.  No word on whether Kaká scored a touchdown. 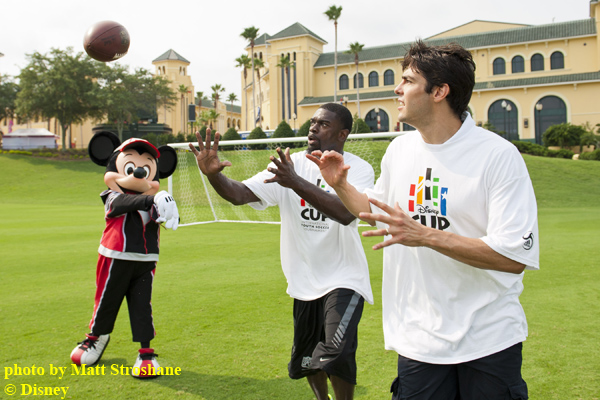 Video: One Year Anniversary for Wizarding World of Harry Potter
Sounds Like Summer: Sounds (and Looks) Like Bon Jovi