D23’s Destination D was a two day event held at the Contemporary Resort this past weekend and celebrated all things Walt Disney World.   Day 1 featured several authors, historians and archivists talking about Disney World, Day 2 featured more of the men and women that were…and are still involved in the creation of Walt Disney World.  Read on for more pictures and more details from the second day’s sessions.

The morning session of Day 2 was to start with a “Surprise Morning with the Walt Disney World Resort Ambassador Team”.   I think this is the only major disappointment of the event.    Jennifer and Norman, the Ambassadors were indeed there, but really only to help D23 Head Steven Clark promote their upcoming  pre-D23 Expo event, the Ultimate Disney Trivia Tournament.  The big surprise, if you can call it that, is that the winner of the tournament will receive a cruise on the Disney Fantasy.  They brought a few members from the audience up to the stage to help them test some of the formats they’re going to use and the winner was automatically entered into the semi-finals of the tournament. 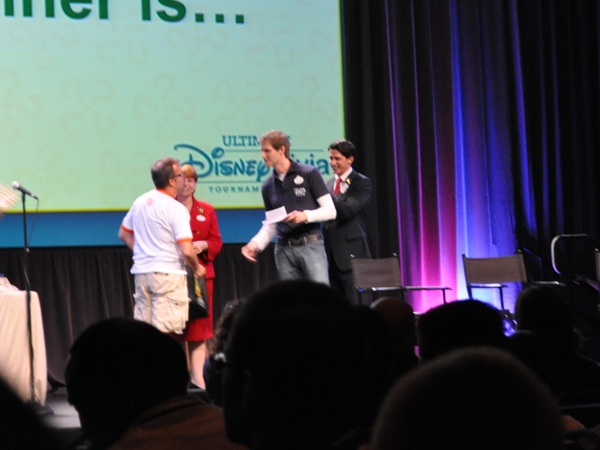 After the letdown of that, the day got significantly better.  Disney author Jason Surrell and Imagineers Alex Wright and Jason Grandt gave an entertaining presentation about how much detail goes into creating a Disney attraction, sharing a lot of pictures along the way. 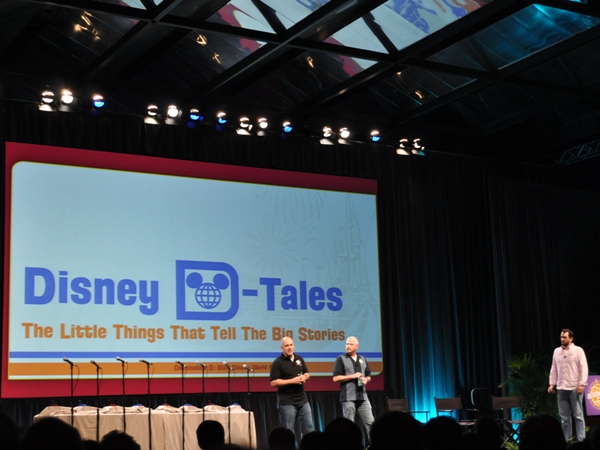 Did you know that the curtains in the Bibbidi Bobbidi Boutique were intended to match the colors of the Fairy Godmother? 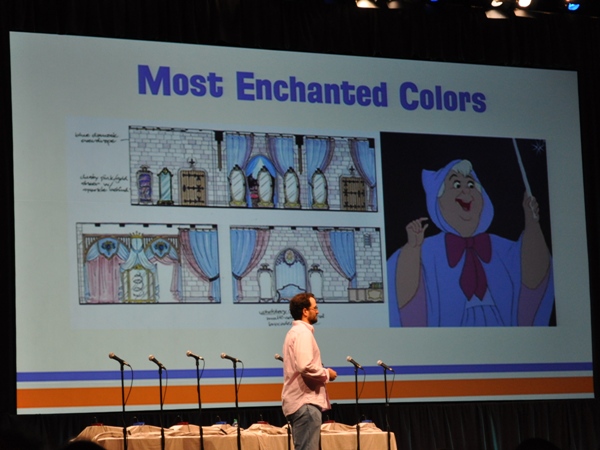 Just before the lunch break, Imagineer Eric Jacobson hosted a discussion about what’s coming up at the Walt Disney World Resort. 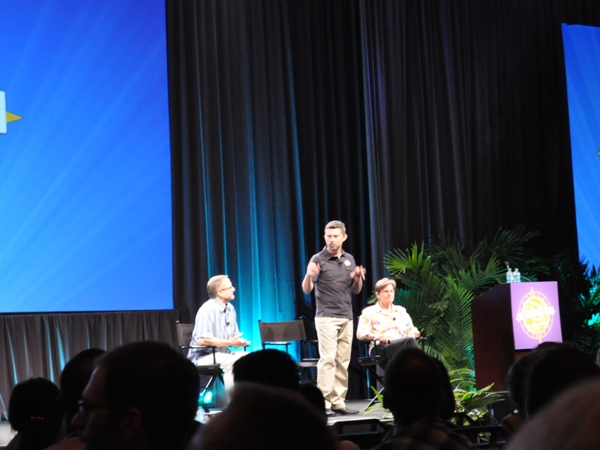 First off was a discussion of Star Tours: The Adventures Continue, which officially opens on May 20th.  Of course, most of the crowd knew that the ride had already “soft” opened to the public the day before and many attendees had already ridden it. 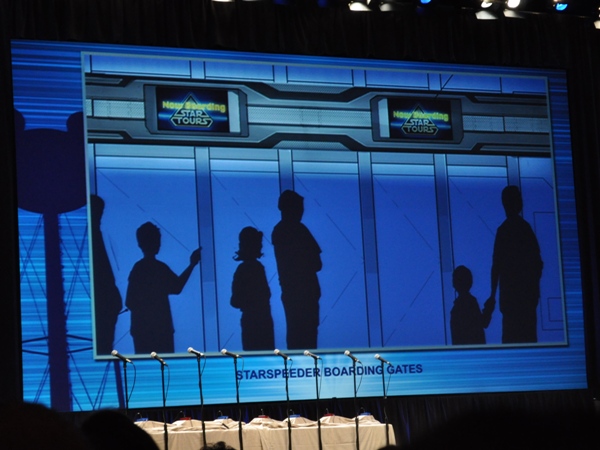 The panel then talked about the new Art of Animation Resort and shared many drawings of what they have planned. 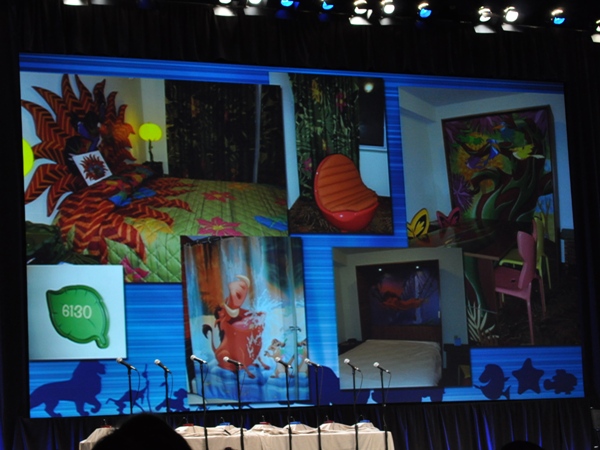 Then Jacobson discussed the Fantasyland expansion and shared some drawings from that project. 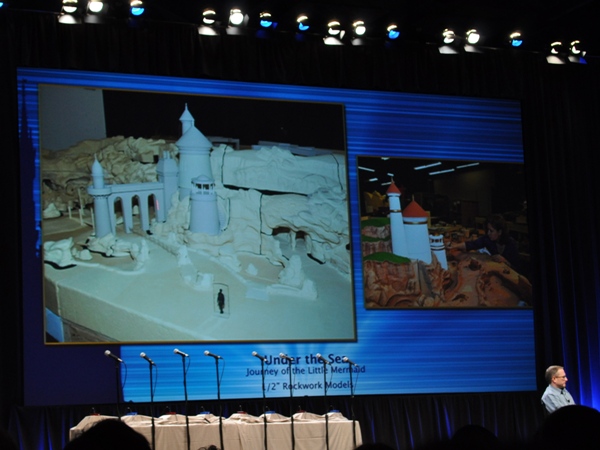 Finally, a big surprise….well, it would have been if they had told us a half hour earlier.  With a room full of hard-core Disney fans, you can’t post something on the internet (DisneyParksBlog) and not expect it to spread like wildfire.  One quick check of Facebook, and I already knew about the return of the Enchanted Tiki Room.  I’m sure there were a handful of the crowd that was surprised. 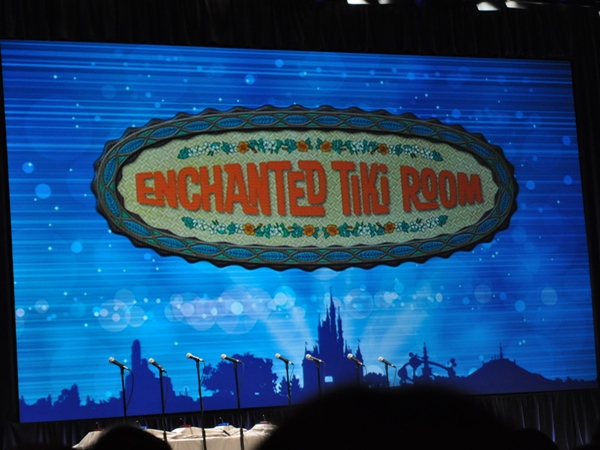 After the lunch break, they brought out the big guns. Creating a Whole New “Disney World” was hosted by Imagineer Marty Sklar and featured (in order of the picture below) Former Executive Vice President of Entertainment Ron Logan, 1971 Walt Disney World Ambassador Debby Dane Browne, Sklar, Disney Legal Counsel Bob Foster, Imagineer Orlando Ferrante and Imagineer Bob Gurr.  They covered everything from the acquisition of the land up through opening day. 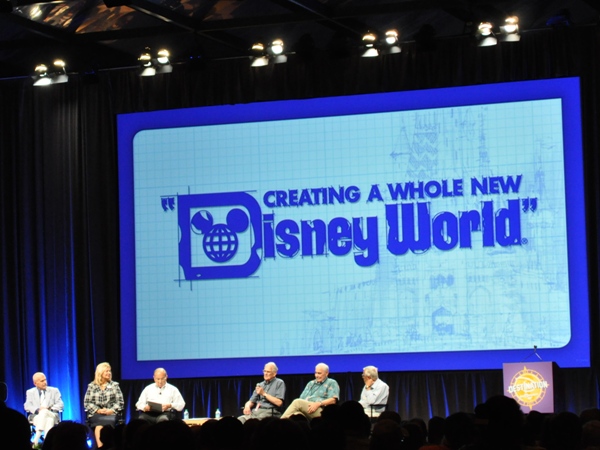 The next panel hosted by Tim O’Day talked about opening day and beyond.  The panel consisted of (in the order of the picture below) Former Operations Manager Bill Sullivan, Former Director of Marketing Jack Lindquist, O’Day, Former Publicist Charlie Ridgway, Former Attractions Manager Tom Nabbe and Former Director of Operations Bob Matheison.  They discussed the letdown of opening day and the problems that followed when attendance did increase. 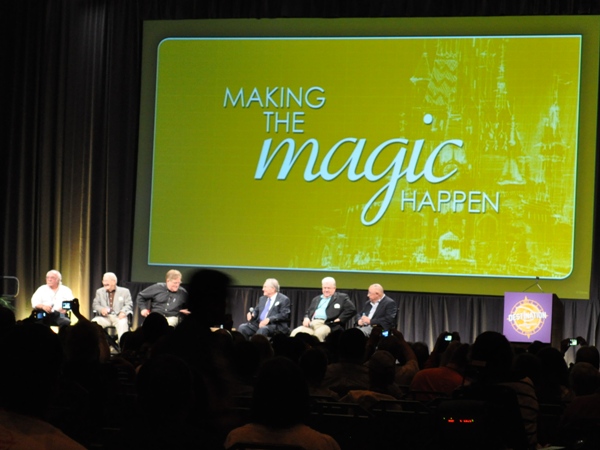 After an autograph session and the dinner break, we were treated to Magic Journeys, a concert featuring music from the Parks.

First off were the “Kids in the Kingdom” with their retro 70s look. 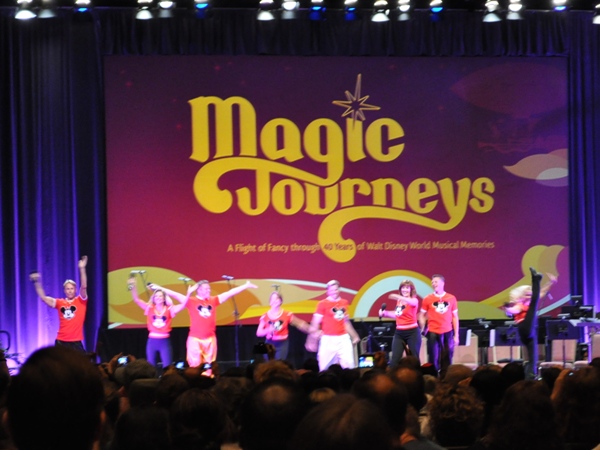 They were followed quickly (thankfully) by the Disney World band, which marched through the crowd. 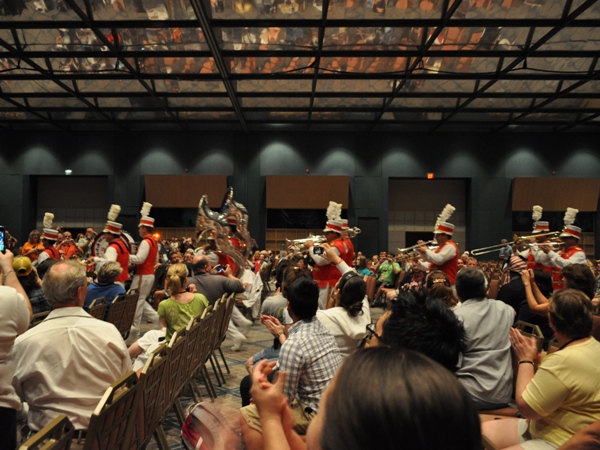 Then the headliner….composer Richard Sherman, who, along with his brother Robert Sherman was responsible for much of the music in the Magic Kingdom and Epcot, including It’s a Small World, The Enchanted Tiki Room and Carousel of Progress.  At the event at the Disneyland Resort last year, it was just Sherman on the stage, but they must’ve felt he needed to be kept “on script” and had Tim O’Day on stage leading the conversation. Sherman played not only the Parks music, but also some of their music from Disney films and even non-Disney music like Chitty Chitty Bang Bang. 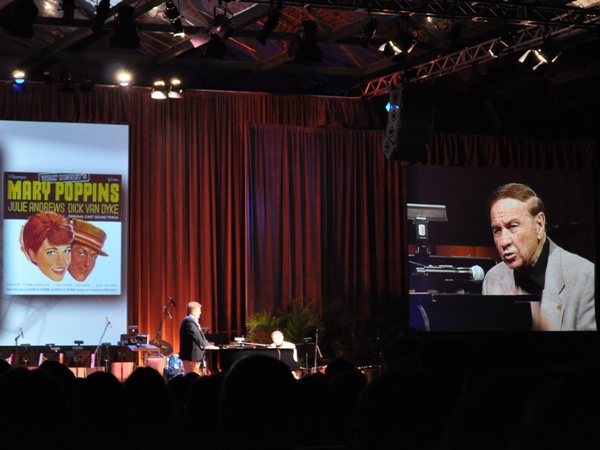 Going back to the Disneyland event again….there they were able to (within their budget) include some (b-list/ABC network) celebrities in that concert.  That wasn’t possible in Florida, but I don’t think the crowed cared about celebrities when the Dreamfinder joined Sherman onstage to sing a duet of One Little Spark.  The crowd went wild. 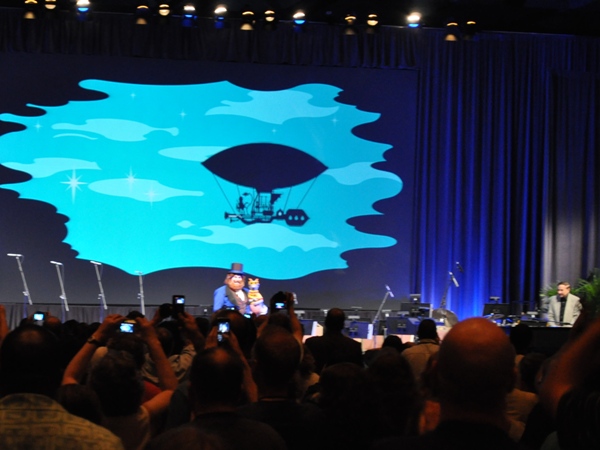 Finally the Walt Disney World chorus and orchestra came onstage to close out the show with more music from the Parks. 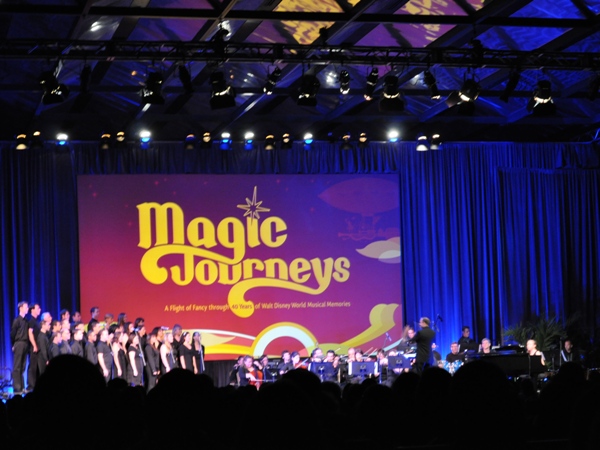 D23 is still new new at producing events like this, but the “production values” aren’t really what the fans come to see….you could sit Marty Sklar and his panel on folding chairs in the middle of a dirt lot and Disney fans will still come.  D23 and its sister department the Walt Disney Archives has access to endless information and dozens of Disney Legends and I’m just grateful they’ve finally started opening up the metaphorical doors and letting in the fans.