On Earth Day, Friday, April 22nd, SeaWorld Orlando premiered a brand new killer whale show called “One Ocean.” This new show replaced the long-standing headliner “Believe” in Shamu Stadium.  During the opening celebration, animal expert Jack Hanna was on hand, and singer/actor Spencer Lee from ABC Family’s “Greek” and Fox’s “Glee” performed for the crowd.  Continue after the break for SeaWorld’s video of the debut of “One Ocean.” 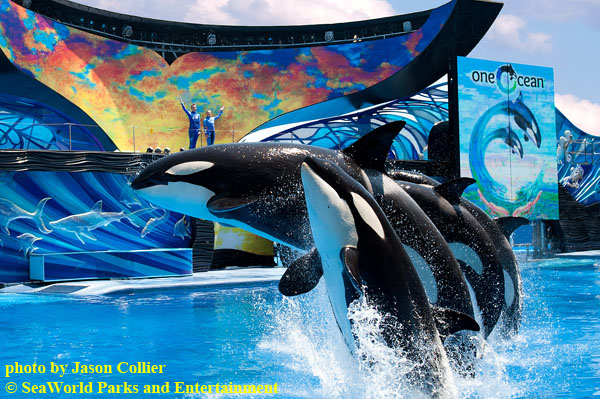 SeaWorld president and CEO, Jim Atchison, emphasized the new show is meant to illustrate the educational mission of the park, and the message that humans and animals are part of one world with one ocean.  Atchison said, “This show is what guests love about our parks: thrilling entertainment that educates and inspires you to celebrate, connect and care for the world we share.” 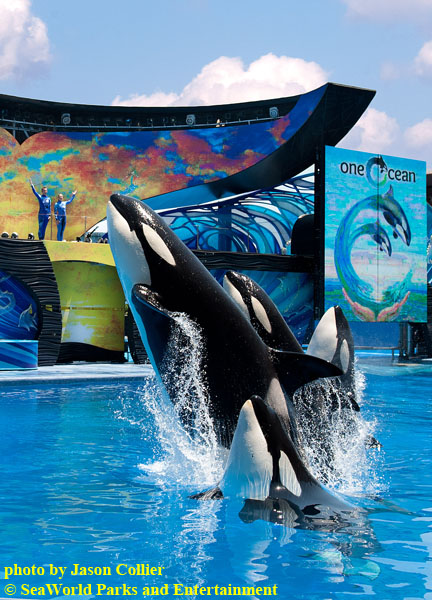 The 20 minute show features killer whale behaviors and leaps set in a stadium with wrap-around panoramic LED screens, colored lights, and hundreds of surround-sound speakers.  Of course no SeaWorld killer whale show would be complete without a major splashing from the whales swimming past.  “One Ocean” will be performed 3-5 times each day depending on park hours.  Check the showtime schedule upon arriving at the park, and be sure to give yourself plenty of time to line up prior to the show.