Russell Hantz was one of the most despicable, underhanded, and manipulative villains ever to play the game of Survivor.  The lying, backstabbing scoundrel was brought to tears when he was eliminated from Survivor: Redemption Island for good.  The tough guy with the tattoo emblazoned arm that read “Keep Hope Alive” had no hope left when it came to this Survivor season.  Strangely enough, it turned out “keep hope alive” had less to do with staying on the Survivor island, and more to do with the children he met during a visit to Give Kids The World who struggle with life threatening diseases every day.  Continue after the break for my exclusive conversation with the Survivor castaway. 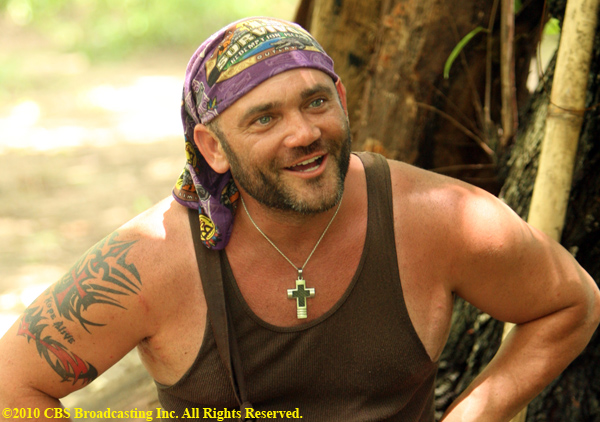 Image: Russell Hantz, of the Zapatera tribe, during the third episode of Survivor: Redemption Island, Wednesday, March 2 on CBS. Photo by Monty Brinton.

Dave Parfitt: You have been described, characterized, and marketed by CBS’ Survivor as “one of the most notorious villains to ever play Survivor.”  Is the character of Russell we see on the show a true reflection of Russell Hantz the man?

Russell Hantz: I am aggressive in nature when it comes to my business, but when it comes to lying, cheating and stealing in the real world, you end up in prison, so no, it is not true of Russell the man, husband and father.

RH: Yes – the tattoo wasn’t because of something I said. The tattoo means much more. As a matter of fact, the reason I decided to get it was when I went to visit one of the only charities I go to, Give Kids The World. When this little kid came up to me, her hair was falling out, the Mom and Dad looked at me… I didn’t know what to say. Keep hope alive is all I could say. That is how I live my live. The game of Survivor is silly. Keep hope alive means so much more than the game of Survivor. 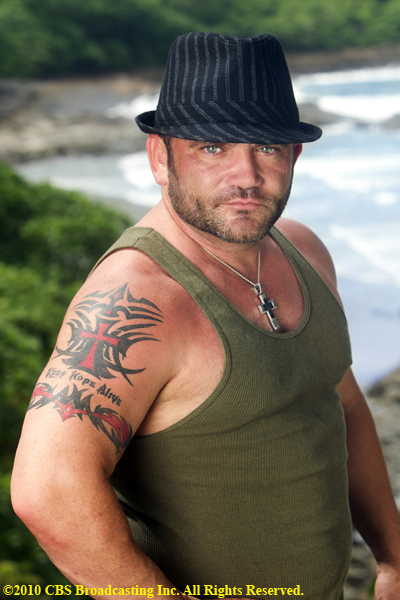 RH: I talked about Give Kids The World out there with the other contestants. I told them that if you were going to go to any charity event that this is the one you should go to. I play the game so drastic and aggressive – I get in a different world when I play the game, but I did talk and think about Give Kids The World. I think that those kids want me to play aggressive. I think they want me to give it my all. They go through way more than we do on Survivor. I’m going to try to win this just as they are trying to win their battle. There is no comparison between the two but it is still a fight.

DP: You were brought back to Survivor: Redemption Island along with fellow villain Rob Mariano (aka, “Boston” Rob).  Why do you think Boston Rob was able to gain acceptance from his tribemates, whereas your tribe threw a challenge to vote you off?

RH: I believe that if I was switched over and I was on Rob’s tribe I could have done the same with them. I believe if he was on my tribe the same would have happened to him. He had a young tribe that was easy to manipulate. He had three young women which I manipulate the best… I only had two. My tribe didn’t care to play with anybody that had any experience. It scared them to death. They didn’t start playing till they got rid of me. The most important thing for the kids at Give Kids the World to realize is the complete opposite of what my tribe did by throwing the challenge. Quitters never win and winners never quit.

DP: In watching the show now, what do you think of your old tribemates throwing a challenge to get rid of you?

RH: I think that my statement is perfect: If you ever quit or give up in anything then all that is looking ahead is failure. That is why you have to fight through everything, under any and all circumstances. That is why I say keep hope alive. 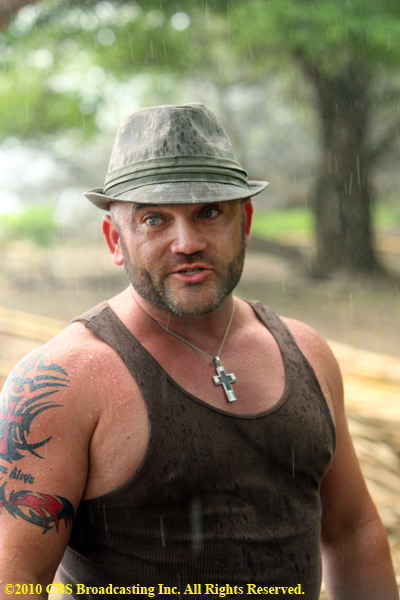 DP: Did you ever talk to your tribemates during the game about your “Keep Hope Alive” tattoo and the significance behind it?

RH: My tribe mates the entire time only wanted to get rid of me because they were scared of me. They believed I got the tattoo because of something I said on the show. I told them all we had to do was keep winning challenges and give it our all and we will prevail. They thought that keep hope alive was a joke. Some people don’t know the true meaning, but I can guarantee that the families of the children in Give Kids The World know the true meaning of “keep hope alive.”

DP: Any plans to go back to Give Kids The World now that your time on Survivor is over?

RH: One thing I will always do no matter how famous I get or how many shows I do, I will always go back to Give Kids The World if I am lucky enough for them to invite me.