Week of Fireworks for Alternative Break at Give Kids The World

Earlier this year I led a group of twelve college students (plus Todd Carrier as chaperone) on an alternative break service trip to Give Kids The World (GKTW).  As we drove back and forth from our rental villas in Kissimmee to GKTW Village, one song played repeatedly on the pop radio station we listened to in the van – Katy Perry’s “Firework.”  During the trip it occurred to me I was surrounded by fireworks (even brighter than the moon, moon, moon).  So read on to find out what left me in awe, awe, awe. 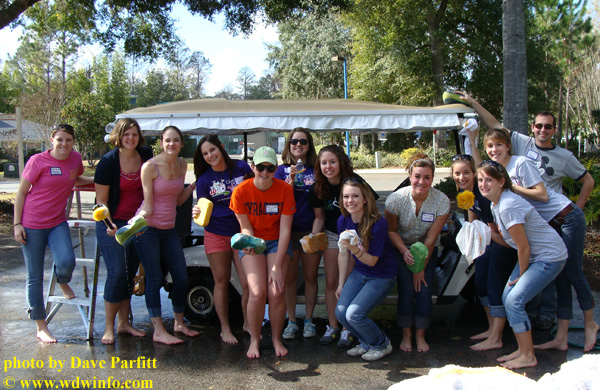 Image: student group on an alternative break service trip to Give Kids The World 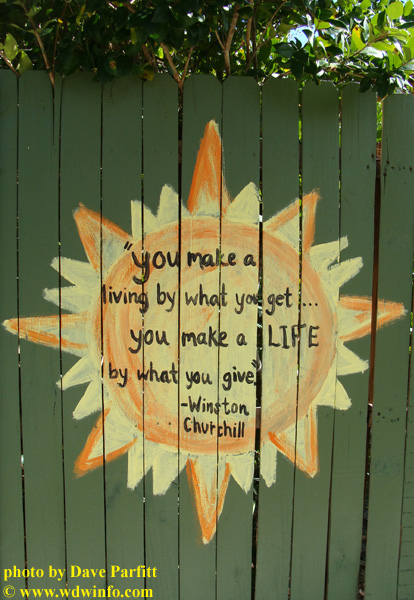 Image: painted wall at Give Kids The World Village

This year’s alternative break was a little different than the 2010 trip.  A few of the students returned for a second year, Todd Carrier returned to watch over the “princess house”, but the Village was not quite the same.  Give Kids The World goes through seasonal cycles like the rest of the tourist areas in Central Florida, and we arrived at the Village at a low time of the season.  It was January, kids had returned to school, and not as many families were staying at GKTW. 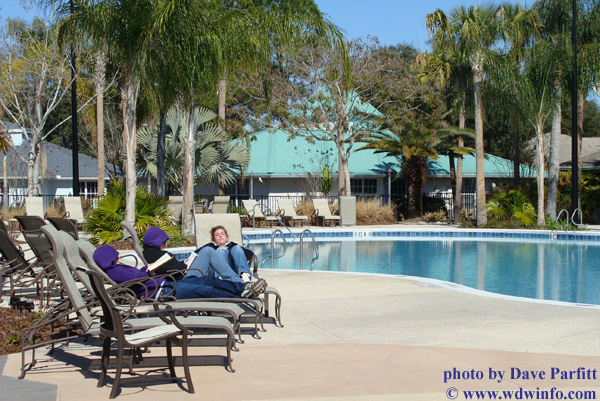 Image: Not much action at the GKTW pool during our alternative break week

Therefore, we engaged in more service work projects around the Village than we had in the past.

The “Enchanted Carousel” was scrubbed and polished… 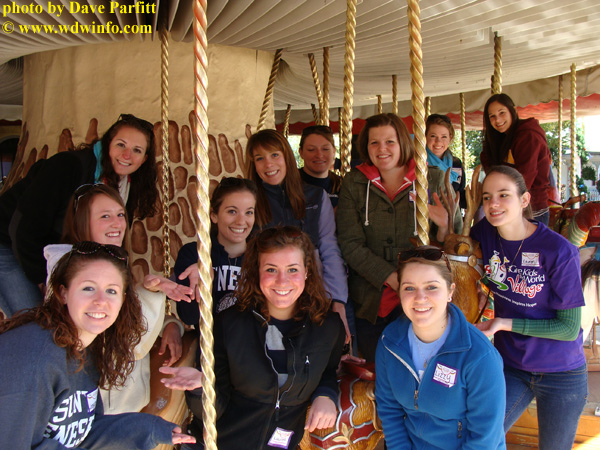 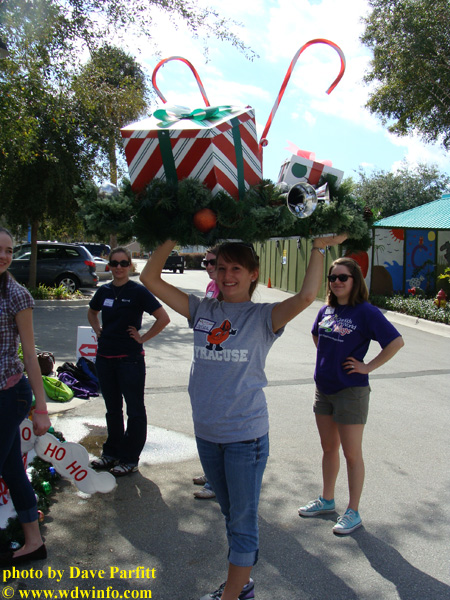 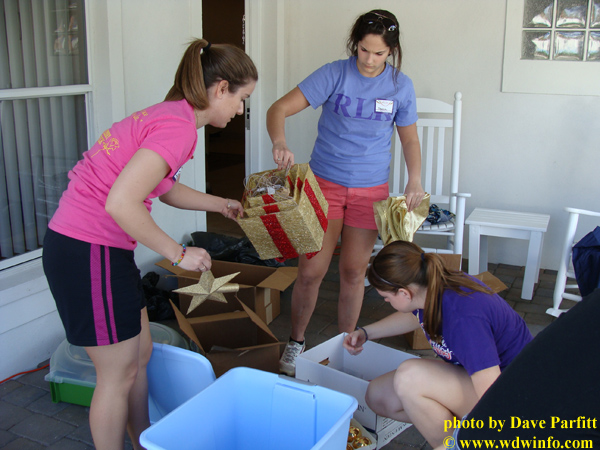 The motor pool was washed and dried. 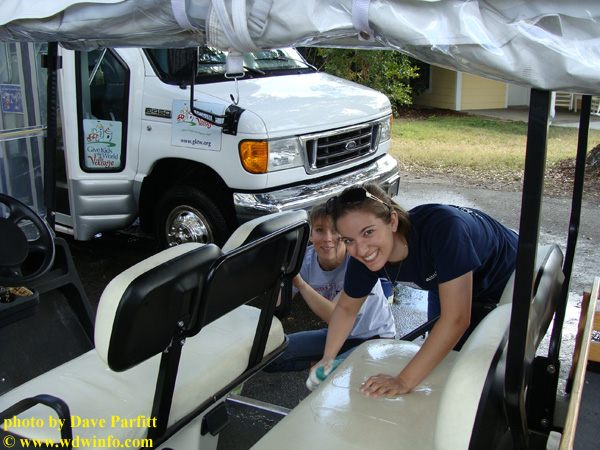 Students pitched in wherever needed, and realized their efforts performed a valuable service to the Village.  However, where the students truly shined, let their colors burst, and ignited the light, was when it was their time to interact with the families as well as the other volunteers. 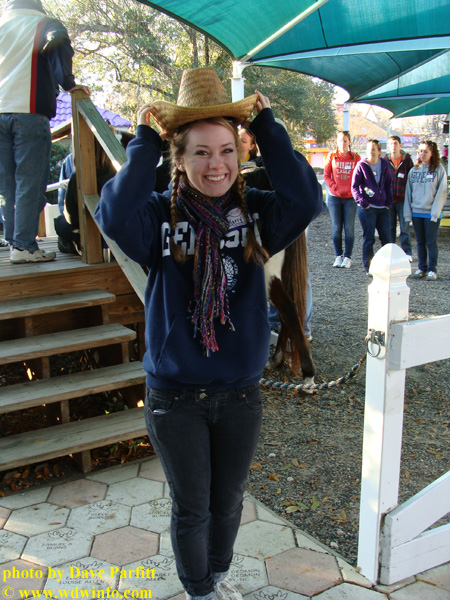 Be it assisting with horse riding in Keaton’s Korral (above) or coloring in the Castle of Miracles (below), or 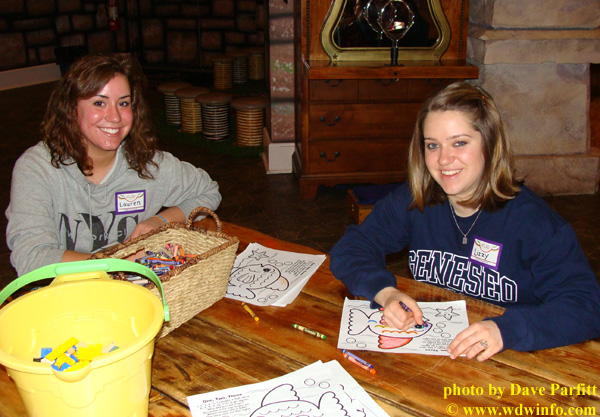 making new friends while scooping ice cream in the Ice Cream Palace, or 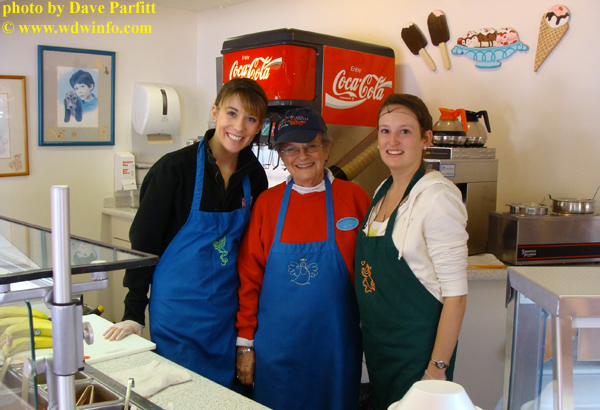 serving dinner and drinks at the Gingerbread House. 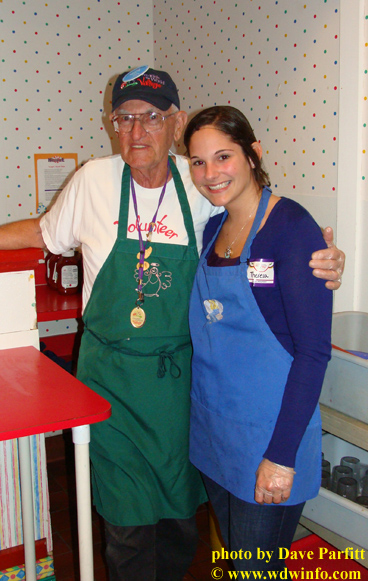 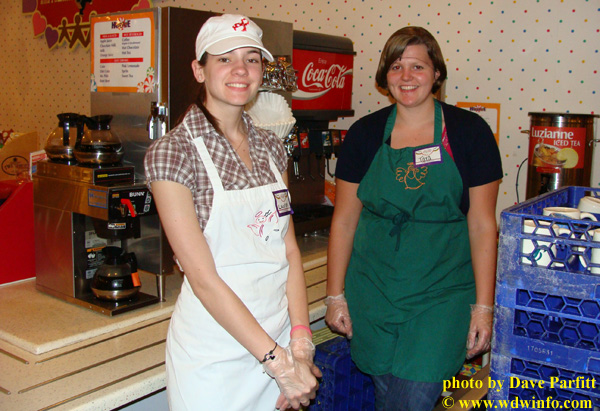 Everyone would work hard with a smile and own the night.

Speaking of owning the night, certainly the highlight of the week was participating in the Thursday evening entertainment.  Every Thursday, the Village turns into a Winter Wonderland complete with Santa and Mrs. Claus passing out gifts to every child.  We were joined by members of the Disney fan community including: Bernie Edwards and Marisol Lopez of the Walt Disney World Moms Panel and JL Knopp of the Disney Driven Life.  Many of us then took part in the Winter Wonderland Parade where I dressed in costume as “the Grinch.”  [No, I did not carve the roast beast.] 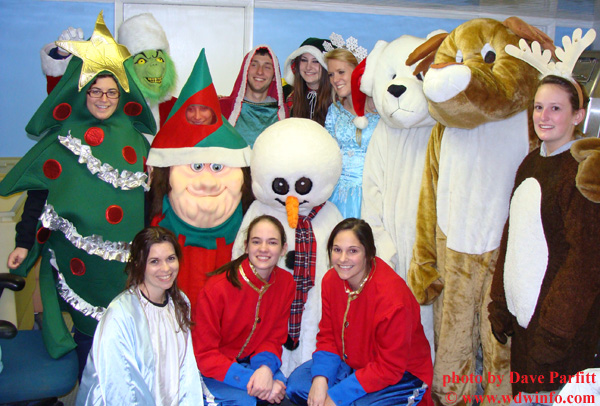 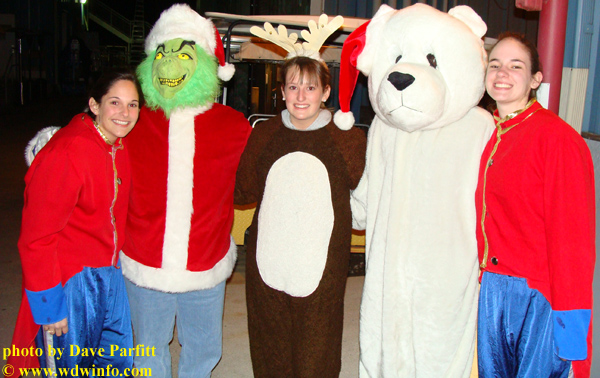 The parade ended with a dance party in the main outdoor plaza inside the Village.  Many of the children were scared of the Grinch (go figure), except for one little boy.  That boy took my hands, and begged me to dance.  He looked in my eyes (through the mask), and mouthed the words “I love you, Grinch.”  That… that, was when I knew I was surrounded by fireworks.  Not just in my students, but everyone at the Village.  The staff, the volunteers, my students, and the families – there were sparks in everyone, and GKTW was the place where everyone could shine.