A new lawsuit over a 60 year-old song challenges Walt Disney World’s use of the “Hoop Dee Doo” Polka, the song that gives the Hoop-Dee Doo Musical Revue its name.  The Revue (as I’ll call it) is one of the most popular dinner shows at the Walt Disney World Resort.  Chuck Mirarchi, DIS Contributing Columnist, in a May 2010 column, explained that there have been 35,000 performances and more than 10 million guests who have seen the Hoop Dee Doo Musical Revue and it is considered to one of the longest, if not the longest, continuously running musicals in American theater history. 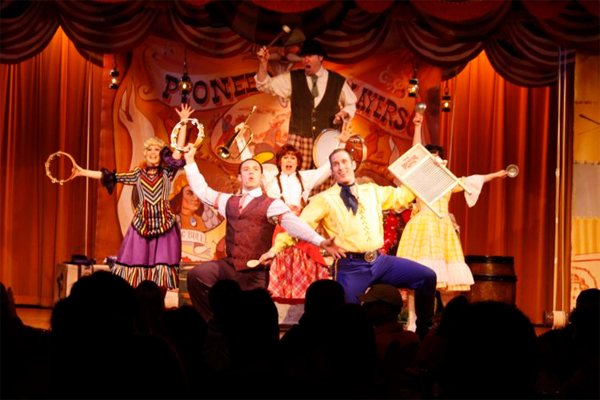 One of the opening songs, however, is a parody of the 1950 hit Hoop Dee Doo Polka, music by Milton Delugg, lyrics by Frank Loesser, recorded by Perry Como.   Delugg, who at 92, is still alive, is known for a short stint as musical director for The Tonight Show, a loner tenure as music director (and comic foil) for The Gong Show and as recently as 2009, Macy’s Thanksgiving Day Parade.   Loesser is perhaps best known for “Guys and Dolls” and for putting “How to Succeed in Business Without Really Trying” into musical form. The D23 website even recounts a July 2009 visit by Delugg and his family to the Revue after a 2009 D23 article noting 35 years of Revue performances.

The copyright to the Polka (as I’ll call it to distinguish it from the Revue) is now assigned and transferred to two music publishers, one holding Delugg’s interest, the other holding Loesser’s.  (The complaint alleges Delugg transferred all of his interests in 1978.)  On March 24, 2011, the publishers filed a copyright infringement lawsuit against Walt Disney Parks and Resorts (which operates Disneyland and Walt Disney World).  The basic allegation is that the Revue uses the copyrighted Polka with “lyrics altered, revised and adapted to comport with the plot” of the Revue without authority, license or permission.  So, the allegation goes, every performance of the Revue which includes the Polka (and all performances do, I’m told) amounts to a copyright violation. 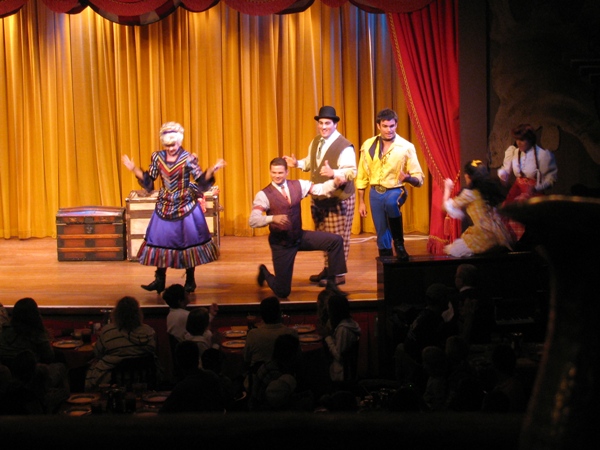 I won’t hazard too much of a guess at how Walt Disney Parks and Resorts will defend the lawsuit.  Of all the companies in the U.S., Disney will have the best of the best copyright lawyers and, while it is sad to admit with 2 degrees in music, I have only a rudimentary understanding of copyright law.  A likely defense seems to be that the Revue’s use is a “parody” of the Polka.  Parody is part of the copyright “fair use” doctrine.  The Supreme Court, in a 1994 decision  involving a “2 Live Crew” parody of “Oh, Pretty Woman,” defined a parody to mean a “literary or artistic work that imitates the characteristic style of an author or a work for comic effect or ridicule.”

The parody makes “use of some elements of a prior author’s composition to create a new one that, at least in part, comments on that author’s works.”  To use the example from the decision, the rap version copied the Roy Orbison song initially, but then changes the words to “derisively demonstrate how bland and banal the Orbison song seems to them.”    And as a result of the Supreme Court’s decision, the fact that Parks and Resorts makes money from the performance does not prevent it being a fair use parody though commercial benefit is a factor to be considered (and one that does not favor Parks and Resorts).  To form your own opinion as to whether the Revue’s performance is a parody, you can undoubtedly find a YouTube video of it (my favorite is here).

The irony, of course, is that the Revue uses the music from the Polka but has changed the words.  Delugg, who wrote the music, seems delighted with the Revue’s continued use of his composition, but the lyricist’s publisher seems to be driving the lawsuit.