What’s new on the Wonder – Part 1: Onboard the ship

Now that the Disney Wonder has moved West, I wanted to give you an update on what’s new – both onboard and in the ports of call.  This blog will focus on the ship, as she makes the transition from 3 and 4 night cruises to 7 night cruises in the Mexican Riviera.  A later blog will focus on the ports.  Needless to say, the Wonder and its crew has had to up its game to fill 7 exciting days onboard.  Read on to find out what’s new. 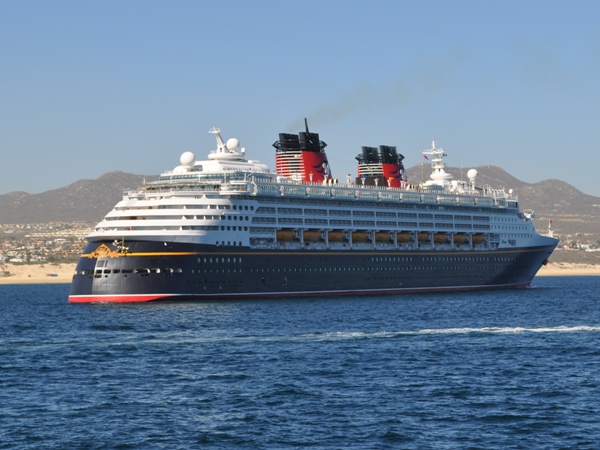 The Disney Wonder is right in the middle of her Mexican Riviera itineraries and is currently sailing out of the Port of Los Angeles in San Pedro.  For those readers that have sailed on the Magic or Wonder (or Dream) out of Port Canaveral in Florida…be prepared. 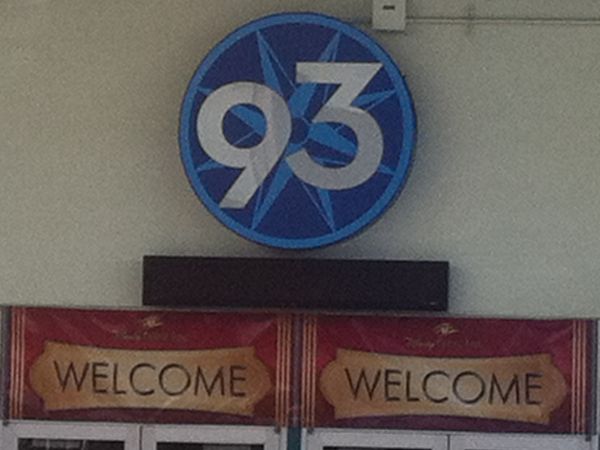 Although Disney does have a multi-year contract with the Port of Los Angeles, this is not a permanent home for the Wonder, as other ships use the terminal the rest of the week.  Disney does try to brighten up the place on Sundays, with posters and banners hanging everywhere. 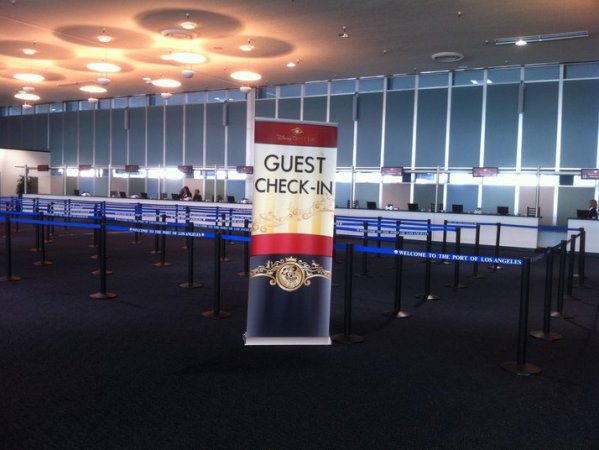 I also should mention that the Port of Los Angeles is a large shipping port (that happens to have a spot for two cruise ships to dock).  The view from Deck 9 during the sailaway party will be….industrial. 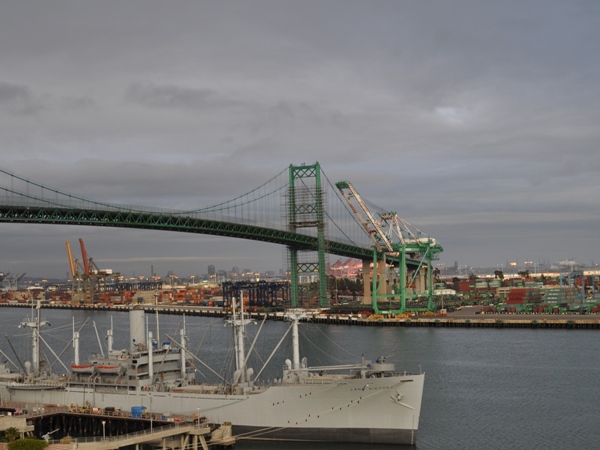 Since the Wonder has increased the length of her cruises, Disney also needed to bring on additional menus and food options.  The menus for the dining rooms aren’t new, but are new to the Wonder.  The seven menus in the main dining rooms for the Mexican Riviera cruises are:  Triton’s signature menu, Parrot Cay signature menu, Animator’s Palate signature menu, Golden Mickeys menu, Pirates in the Caribbean menu, Captain’s Gala menu and ‘Til We Meet Again menu.

In addition, with three days at sea, the Wonder is now able to offer more availability for brunch and high tea at Palo. 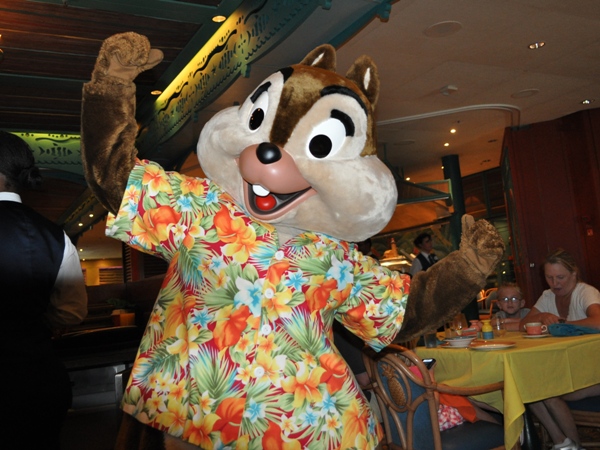 Something also new to the Wonder is a character breakfast in Parrot Cay on one of your days at sea.  Mickey, Minnie, Goofy, Pluto, Chip [above] and Dale will all visit your table during your breakfast.  Be sure to have those autograph books open and your cameras ready. 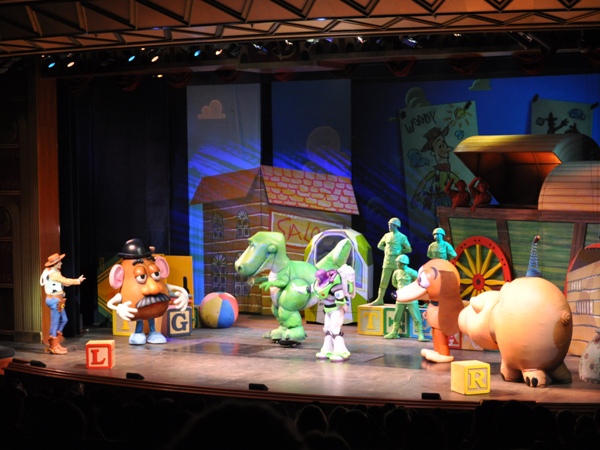 With more NIGHTS at sea, comes more entertainment in the Walt Disney Theatre.   In addition to The Golden Mickeys, Disney Dreams: An Enchanted Classic and the Wonder exclusive Toy Story: The Musical [above], the Disney Wonder is now presenting All Aboard: Let the Magic Begin [below] and Remember The Magic: A Final Farewell, both borrowed from the Disney Magic.   The remaining nights are filled with a “cabaret” performance (comedian, juggler, magician, etc) and a movie (on Pirate night). 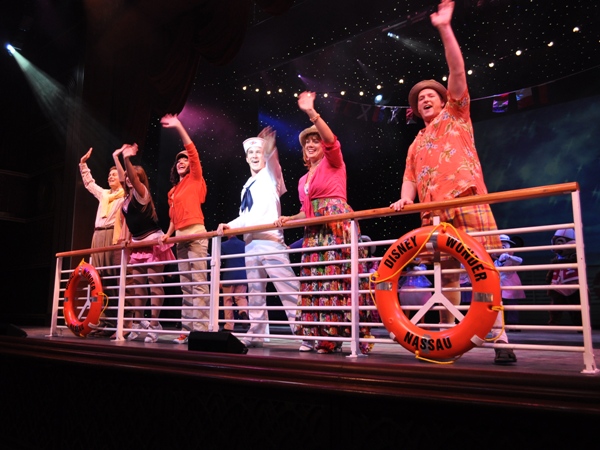 The entertainment doesn’t stop there though.  Wavebands is the other hub of entertainment, with cabaret performances (both family and adult), karaoke, game shows and music throughout the cruise.  The Wonder has even brought on their own house band, The Allstars, to perform nightly. 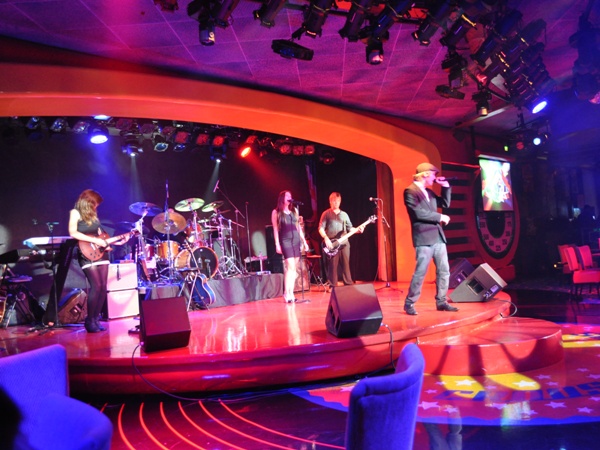 Up on Deck 9 at the Goofy Pool, there’s a new show that’s exclusive to the Mexican Riviera itineraries.  Minnie’s Fiesta Grande, featuring many of your favorite Disney characters, is presented in the afternoon on one of the days at sea. 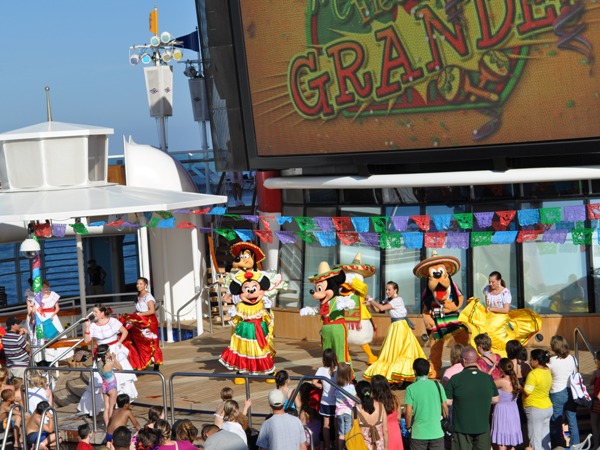 With three days at sea to fill, the Wonder has, of course, increased the activities in the Youth Activities area.   The Oceaneer Lab & Club are busy, busy places.  Recently Disney has standardized the Youth areas and renamed the teen and tween areas aboard the Magic and Wonder to match the Dream.  Vibe is now where the teens go to disappear for a week. 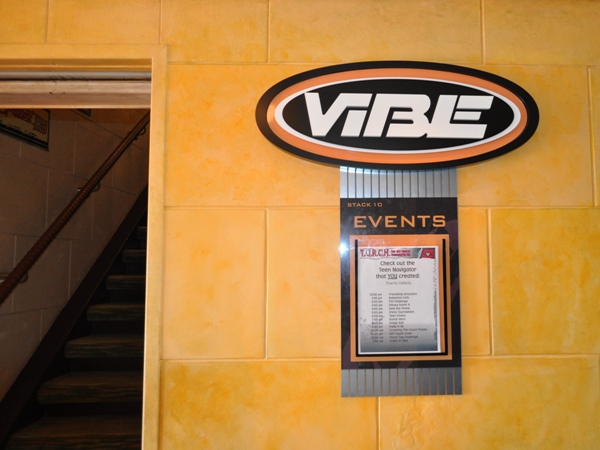 With the change to longer itineraries, the Wonder no longer has a use for the conference rooms down on Deck 2.  The tweens have had an area aboard the Magic for awhile, now Edge is on the Disney Wonder too. 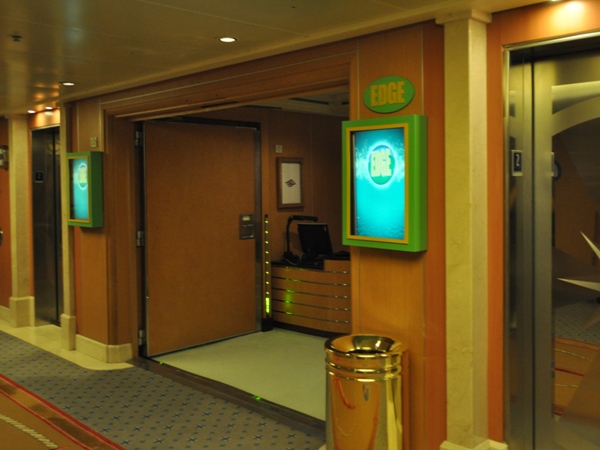 Adults shouldn’t feel left out.  In addition to the usual bingo and wine tastings, Disney has added a couple new tours of the ship, a guest DJ, a guest chef and a guest presenter, among other things.  During my cruise, Disney’s Art of Entertaining featured a guest chef preparing dishes exclusive to Club 33 at Disneyland.  Disney’s Behind The Scenes featured documentary film director Leslie Iwerks [below], who screened two of her films and was available for questions following the screenings. 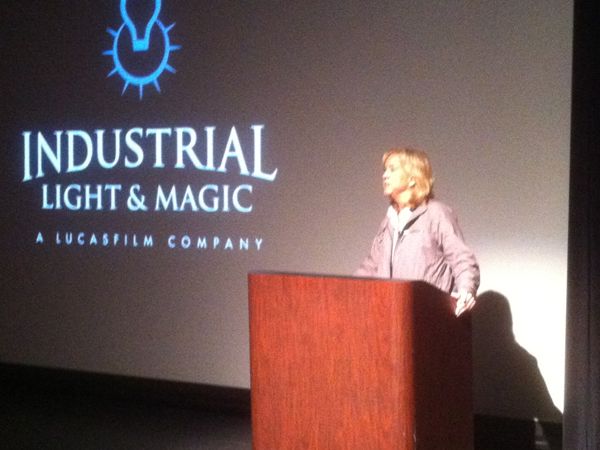 Finally, not to be left out, the shops of the Disney Wonder have brought in some Mexican Riviera specific merchandise…and quite a lot of it, including several styles of shirts and hats. 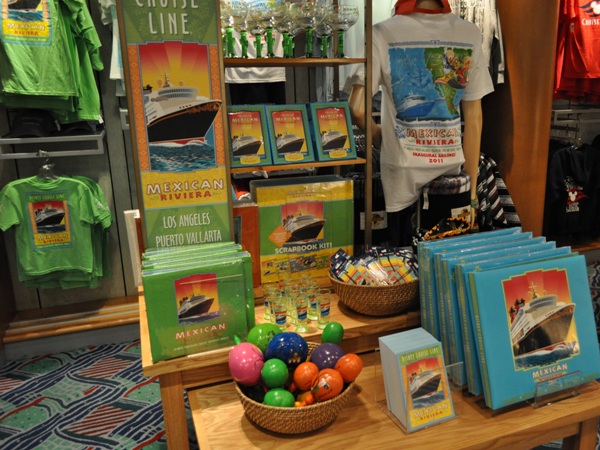 I’ll have more soon about the ports that the Wonder is visiting, but in the mean time, check out more pictures of my trip and listen to the DIS Unplugged Disneyland team’s podcast discussing the cruise. 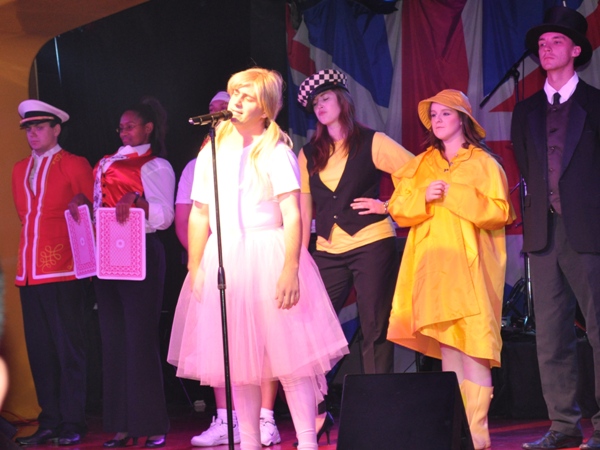