A Magical Memory Night at the Magic Kingdom Press Conference

To take advantage of the hundreds of media folk and travel writers in town for the Christening Cruise of the Disney Dream, Disney held a private party at the Magic Kingdom complete with a press conference inside Mickey’s PhilharMagic.  Disney Executives expounded on details of the re-launch of Star Tours: The Adventures Continue, re-design of Magic Kingdom’s Fantasyland, and premiered the centerpiece of the “Let The Memories Begin” campaign: a photo projection show on Cinderella’s Castle.  Continue after the break for all the details. 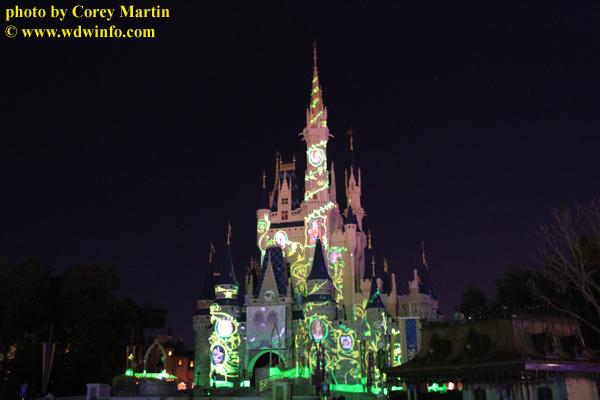 Press, media, and invited guests entered the Magic Kingdom and made their way to Fantasyland around 7:00 pm where they were ushered into the theater of Mickey’s Philharmagic. 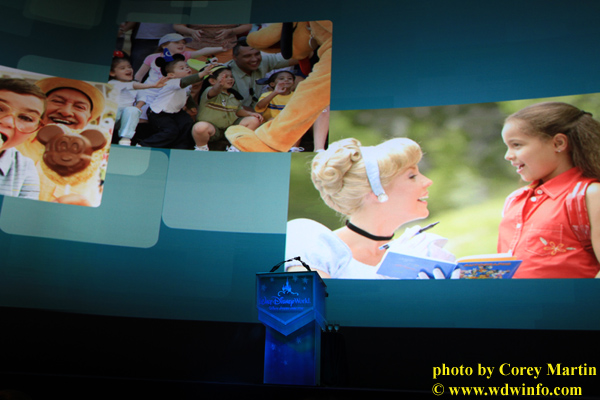 Meg Crofton, President of Walt Disney World Resort took the stage, and made the first announcement.  The Grand Opening of Star Tours at Disney’s Hollywood Studios will take place on Friday, May 20, 2011 – just in time for the annual Star Wars Weekends.  The attraction has been closed since September 2010 in order to update the ride with a new 3D film featuring multiple journeys to distant planets as well as incorporating elements from the Star Wars prequel films Episodes I-III.

Next, Disney released more details on the re-imagining of Fantasyland, in what is called the largest expansion in the history of the Magic Kingdom.  When construction is completed in late 2012, Fantasyland will be double its current size.  Big news included the announcement that Snow White’s Scary Adventure would close to make way for a princess interactive meet and greet area known as Princess Fairytale Hall. 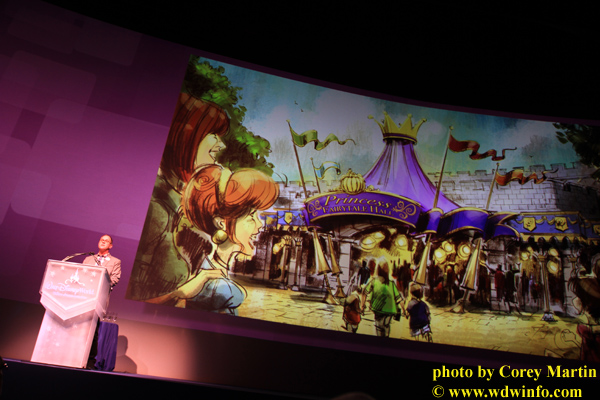 However, the closure of Snow White’s Scary Adventure does not mean the end of Disney’s original princess in Fantasyland.  Disney confirmed the rumored Seven Dwarfs Mine Train, a family-friendly roller coaster that will take guests into the Dwarfs’ mine “where a million diamonds shine.”  The coaster will utilize new technology with ride vehicles that swing back and forth with every turn of the track. 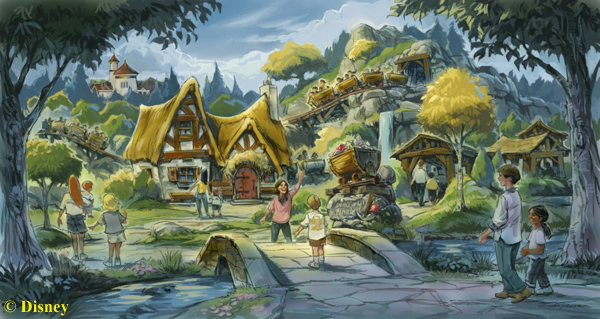 As previously announced, Dumbo the Flying Elephant will move from its current location in Fantasyland over to where Mickey’s Toontown Fair stands today (slated to close February 12, 2011).  The new Dumbo ride will feature an interactive queue inside a circus big top, and, more importantly, two circling rotors thus doubling the capacity for the popular ride.  Disney will also give the Barnstormer roller coaster a new circus theme that will feature Goofy as the circus character “The Great Goofini” who will offer a raucous flight up above the circus area. 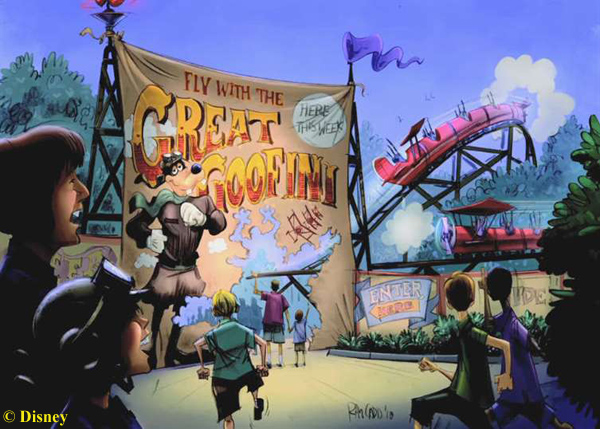 The press conference ended with a description of Disney’s new relationship with Ypartnership that revealed the different ways children form memories of their vacations, as well as the most common ways those memories are recorded and shared.  The results of this research form Disney’s new marketing campaign “Let the Memories Begin”, and the centerpiece of the campaign will be a new 10-minute show projected onto Cinderella’s Castle. 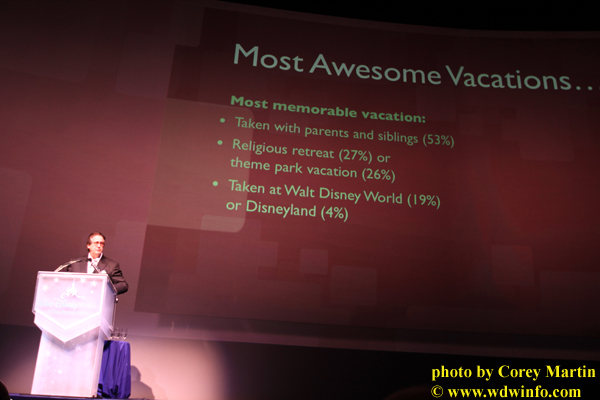 The new show utilizes high powered projectors stationed around the hub area of the Magic Kingdom.  As many as 500 images taken that day by Disney PhotoPass photographers will be projected onto the castle during the show. 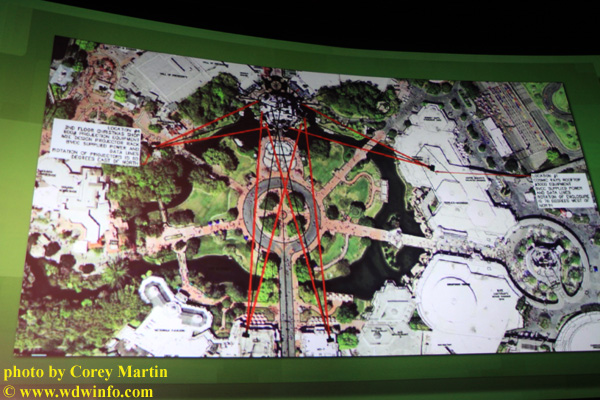 At the conclusion of the press conference, media were encouraged to step outside and witness the World Premiere of the new show: “The Magic, The Memories, and You.” 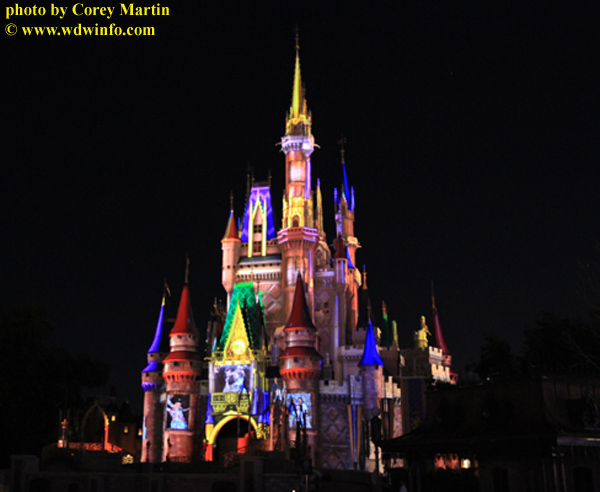 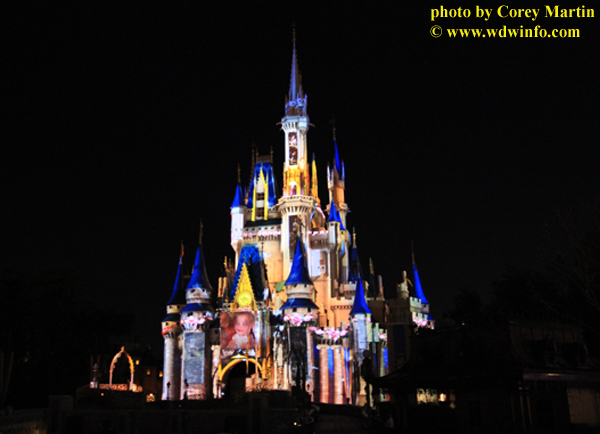 Check out the entire video of the new show posted on the wdwinfo.com YouTube channel.

After sitting and listening to the Disney executives and taking in the new Cinderella Castle projection show it was time to party, and who doesn’t enjoy the novelty of being able to enjoy a beer while strolling down Main Street, U.S.A.? 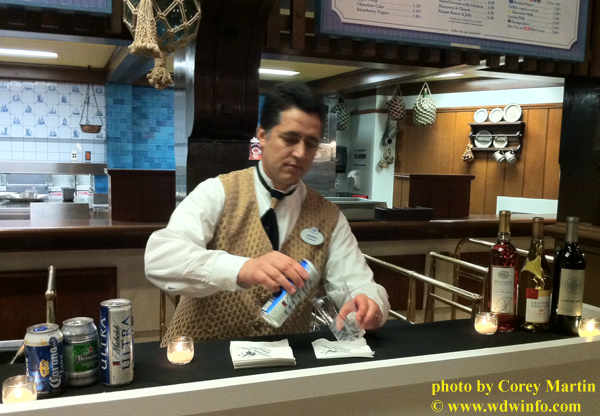 So what do you think of Disney’s announced Fantasyland Expansion plans?  Do you like the changes that have been made?  What do you think of the projected show onto Cinderella’s Castle?  Are you looking forward to seeing it?  Be sure to leave a comment below with your thoughts.