As promised two weeks ago, we got in our car and drove to Papenburg again last Friday, November 12th, to watch the Disney Dream being towed 26 miles from Meyer Werft in Papenburg, Germany to Eemshaven in the northern part of The Netherlands.

We arrived at Meyer Werft around 5:00 pm and got a good spot on the embankment to see the Dream getting out of the harbour at Meyer Werft. Two weeks ago the rain was pouring down and this time there was a storm (winds as high as 50 mph) going over Germany and The Netherlands. When standing on the embankment you will certainly catch a lot of wind… Luckily the windforce decreased by Friday evening, otherwise the conveyance would not have taken place for sure. 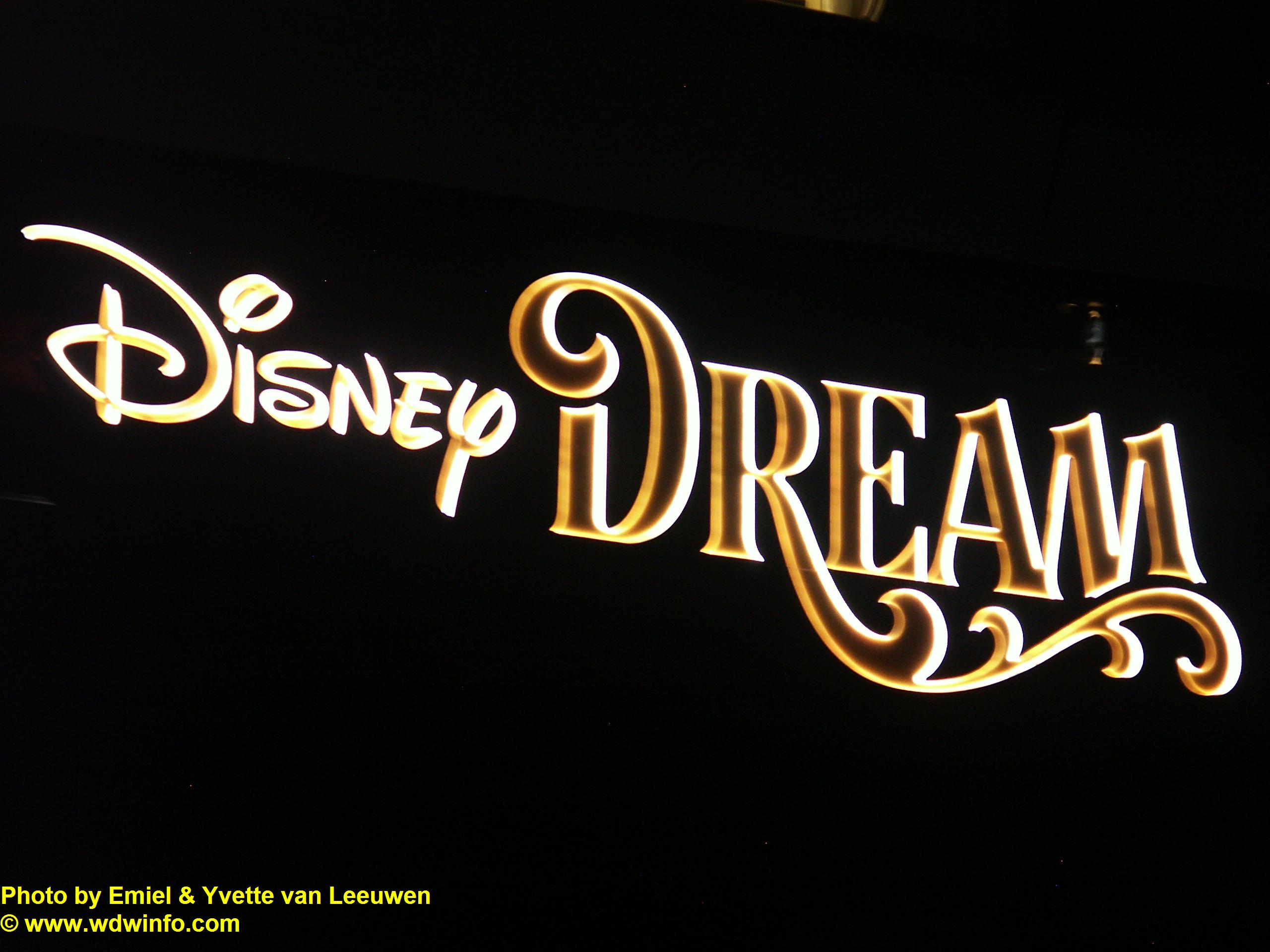 Of course the Dream is part of the Disney Cruise Line, so with a little Disney magic the stateroom veranda lights formed the words “Disney Dream”. 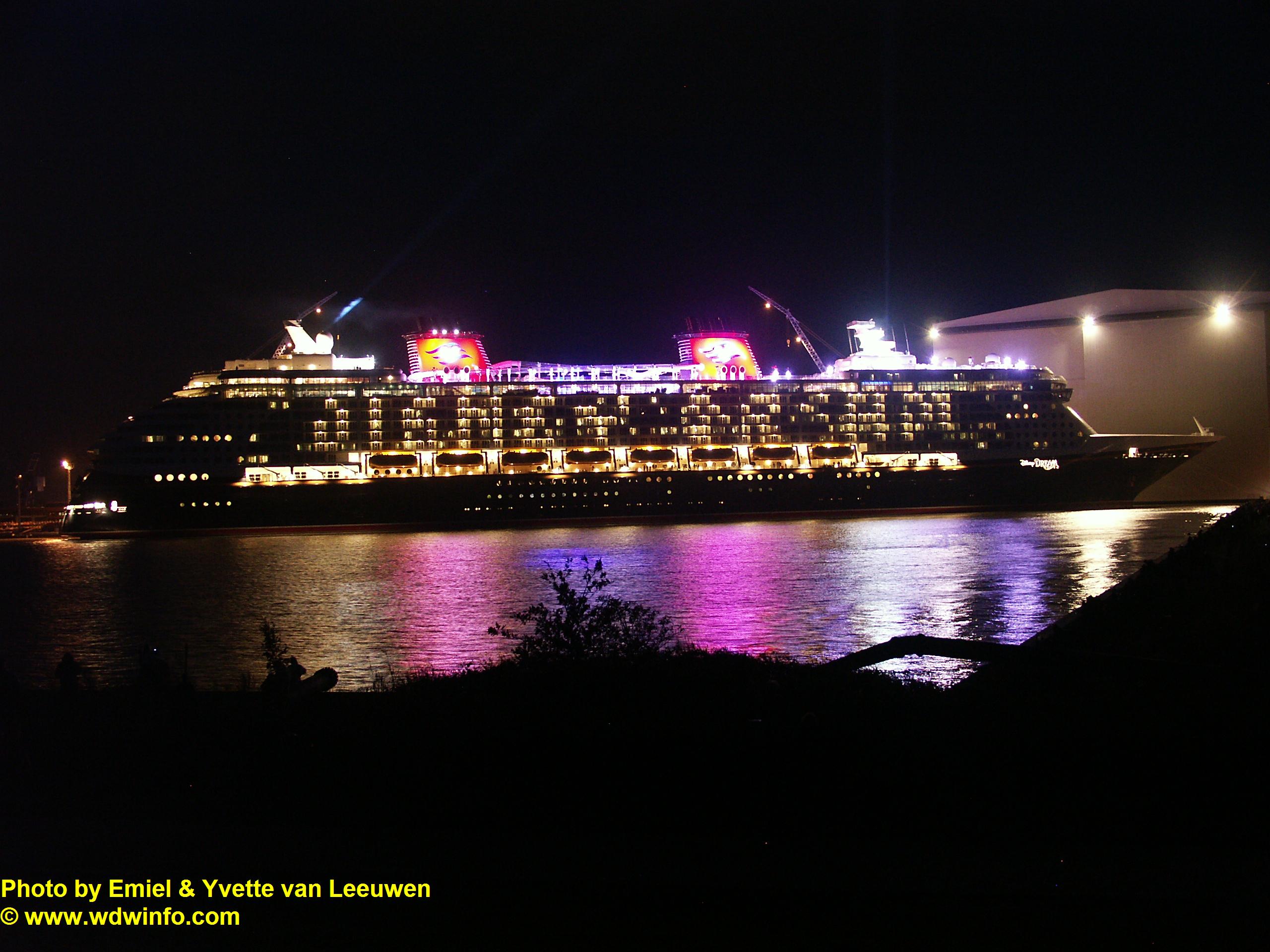 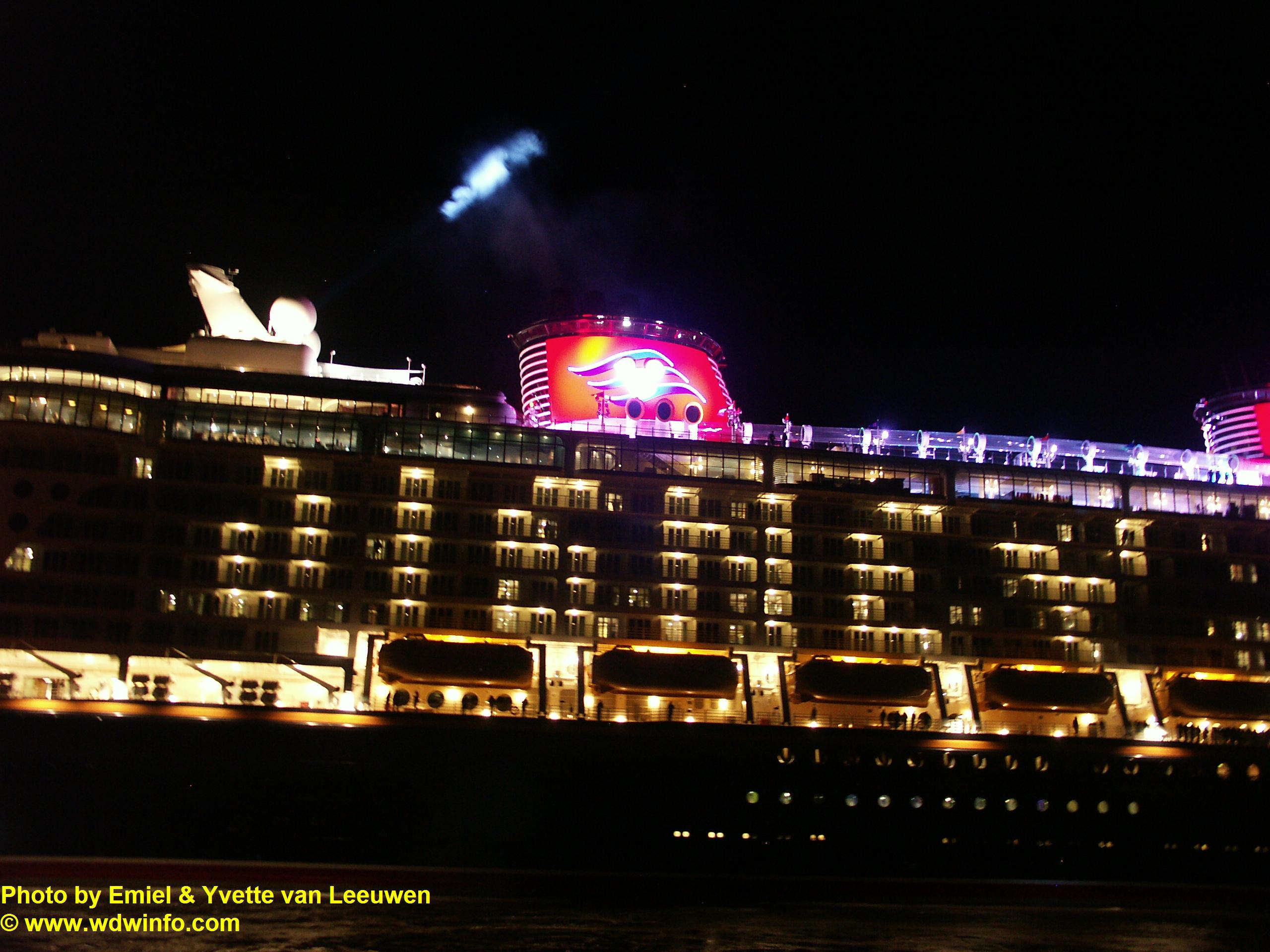 The Disney Dream was supposed to depart from Meyer Werft at 4:30 pm, but because of the weather there was a bit of a delay. The actual float out started at 7:45 pm and was celebrated with a display of fireworks and a performance by famed English soprano Rachael Russell. Following the shipyard’s tradition, one of the songs performed by Russell was the memorable “Time to Say Goodbye.” The Disney Dream horn played “A Dream is a Wish Your Heart Makes”. 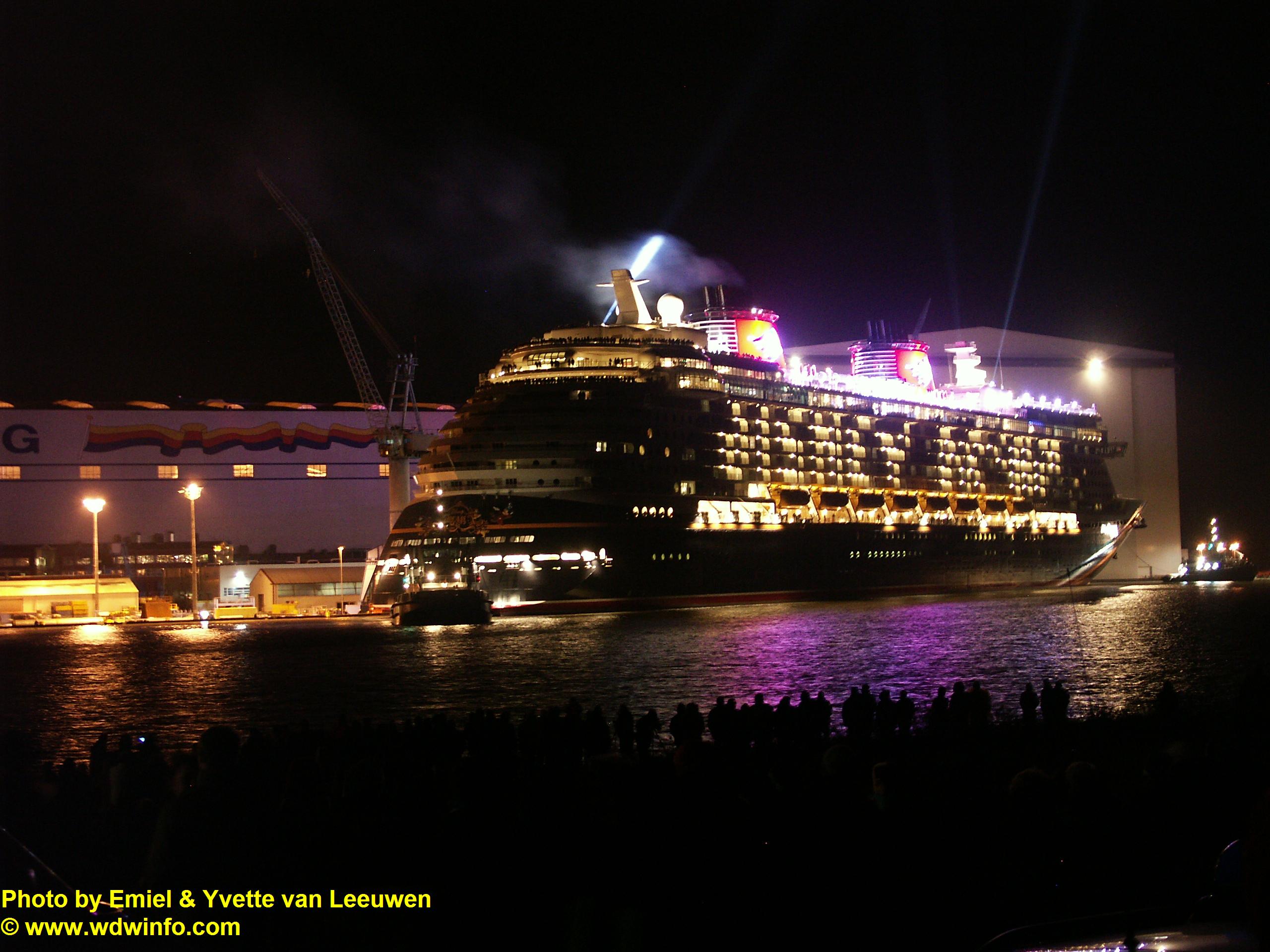 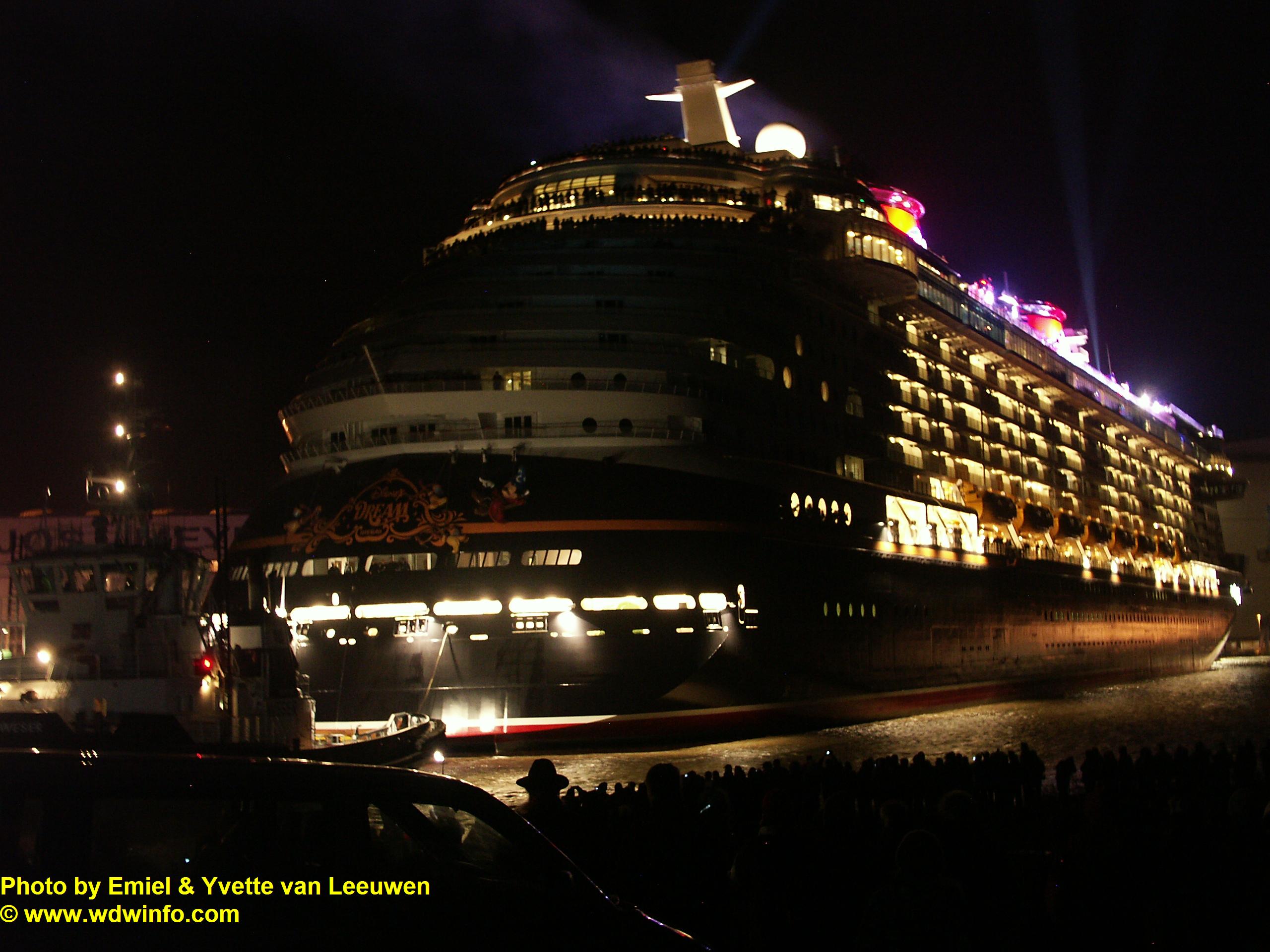 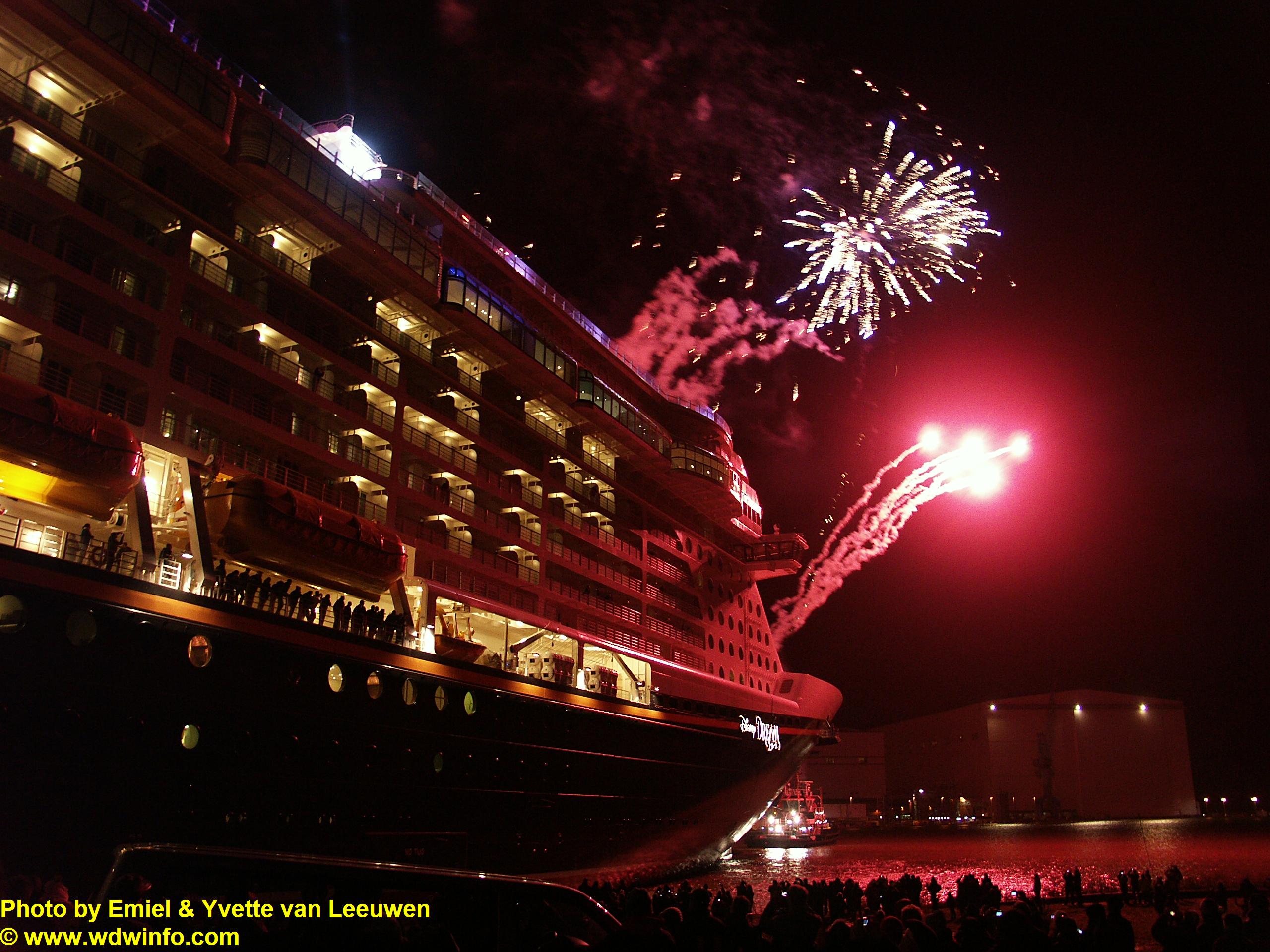 As expected, Admiral Donald and Captain Mickey and their ladies were on board the ship when it left Meyer Werft. 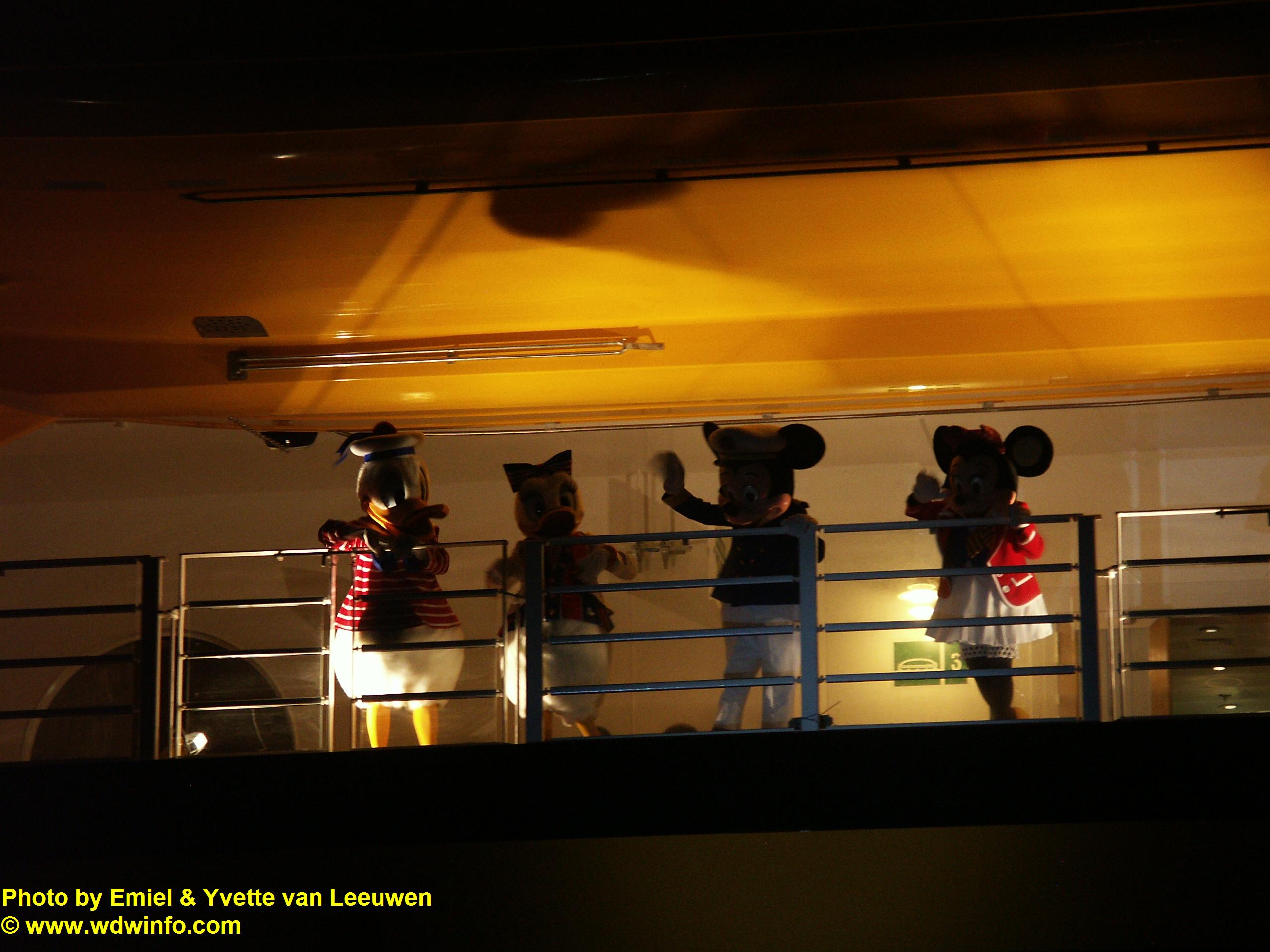 After the ship passed through the first sea lock exiting the harbour, we hurried back to our car that was parked about one mile away. We got into the car and drove to our next stop.

On our way towards Weener, we could see the Dream in the distance and it was a beautiful sight. When we arrived in Weener, we parked the car and walked on to the embankment where we again found a good spot to see the Disney Dream passing the railway-bridge. A large floating crane had already taken out the middle part of the bridge, to make way for the Dream. 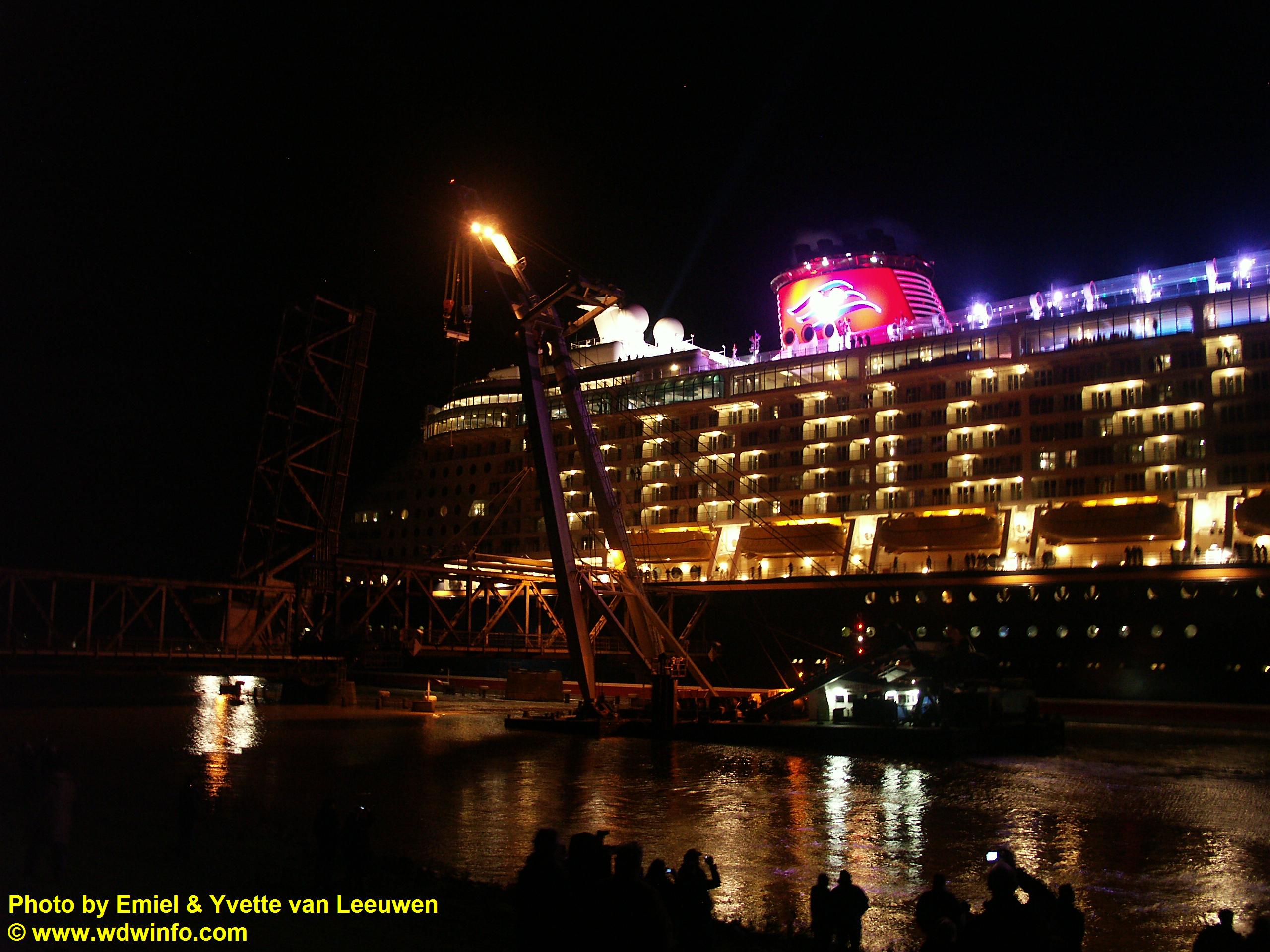 When the Dream arrived at Weener we could hear the horn again and this time it played “Be our guest, be our guest, put our service to the test!” Amazing!! In the previous blog (about the Disney Dream floating out) we wrote that the horn was disappointing to us but this is really a piece of incredible technology. After the horn there was another fireworks display.

Right before the ship passes through an obstacle, when it’s halfway through the passing and when the ship has passed the obstacle they blow the ship’s horn three times. When the Dream was halfway through the bridge crossing, someone made a huge, huge mistake…… Halfway through, the ship’s horn gave us the confirmation that the Disney Dream can answer the Wonder and Magic ships’ horns. The horn of the Disney Dream started playing “Makes no difference who you are”!!!!! Right after the first few tones they tried to cover up the mistake by blowing the ship’s horn with the three single tones, thus trying to cover the horns’ sound (Makes no difference…) that was already playing. This made it impossible to hear all of it, but we are both certain that it was the answer to the other Disney ships. 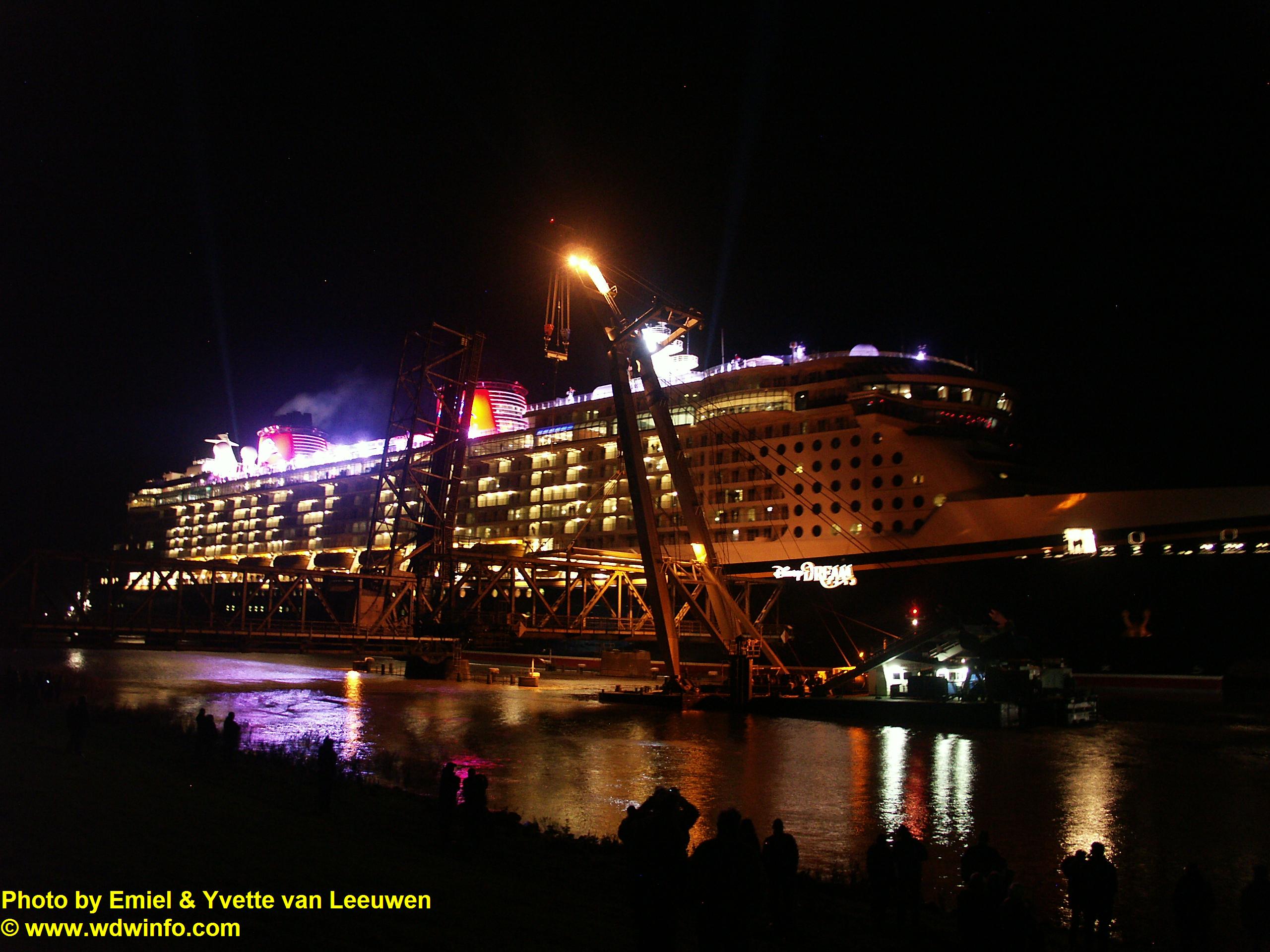 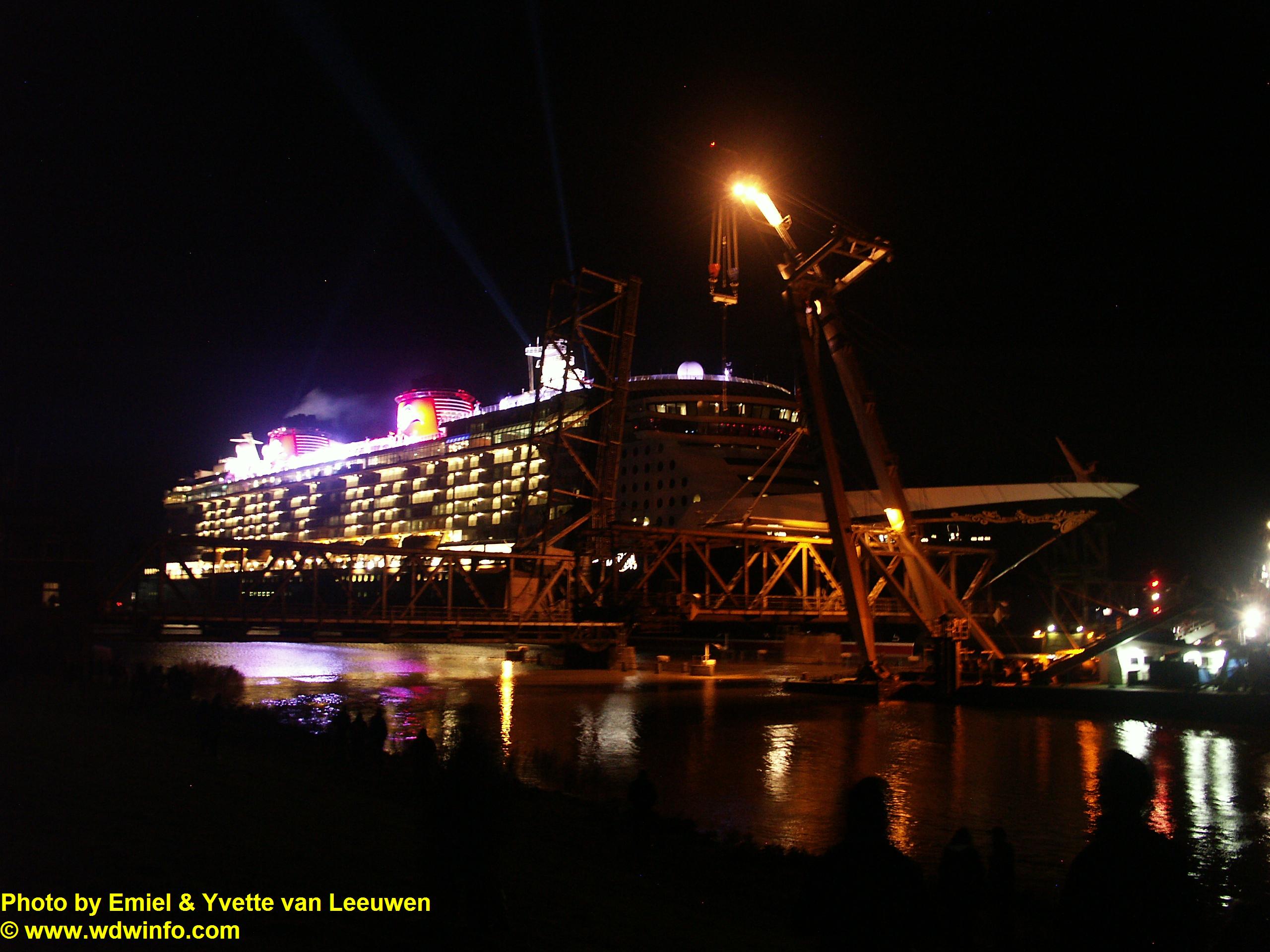 After passing the railway bridge the Dream followed the Ems, passing the bridge in Leer around 10:00 pm and the Ems Barrier at 4:00 am on Saturday to arrive in Eemshaven around 8:30 am on Saturday morning. There the ship was loaded with supplies and fuel and the Dream left Eemshaven around 12:30 pm for its first sea trials. The Dream made a series of turns in front of Eemshaven and then turned to the North Sea. The ship will conduct sea trials from the North Sea Eemshaven port during the “test and adjust” period, and then will travel to Hamburg, Germany for the final dry dock.  Afterwards, the Dream will sail to Bremerhaven, Germany where the ship will officially be transferred to Disney Cruise Line.  The chart below shows the position of the Disney Dream Saturday evening around 11:00 pm. 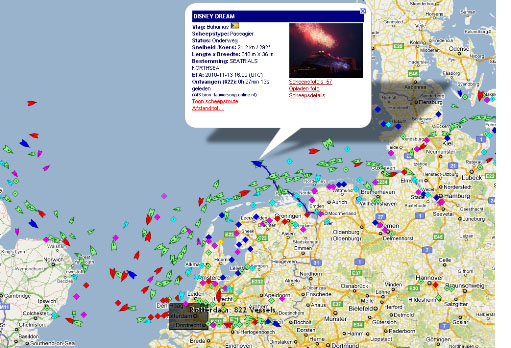 During the conveyance we managed to take a photo through one of the portholes, showing a part of the inside decoration of the Dream. 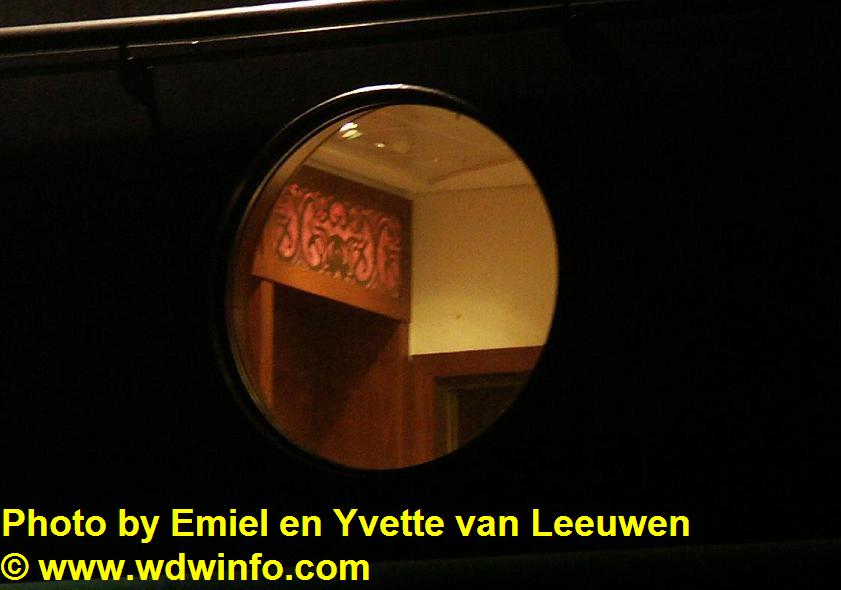 This is going to be the end of our coverage of the Disney Dream from Germany and The Netherlands. We will be back with reports about the Disney Fantasy!!

But it’s not the end of the Dream!  Stay tuned to the DIS Unplugged for complete coverage of the debut of the Disney Dream set for January 2011.  The DIS has been invited to attend the Christening Voyage January 19-21, and will also be on board for the inaugural sailing January 26, 2011.