Times Square Disney Store – The Magic is Back!

When the New York City Fifth Avenue World of Disney Store closed its doors in December of 2009, many people thought their fix was over.   Well, eleven months later, the Magic is Back!

On Sunday, November 7, D23 held a sneak preview of the new Times Square Disney Store for those members who were lucky enough to obtain a ticket.  The store, which has been in its soft opening for a few days, will officially open at 9 am on Tuesday, November 9th.  The D23 event, which started at 7:30 am, was not only a private shopping experience for D23 members, but also a chance to meet Disney Store President Jim Fielding and Jodi Benson, who was the voice of Ariel in The Little Mermaid and Barbie in Toy Story 3.  Continue after the break for more details of the D23 sneak peek. 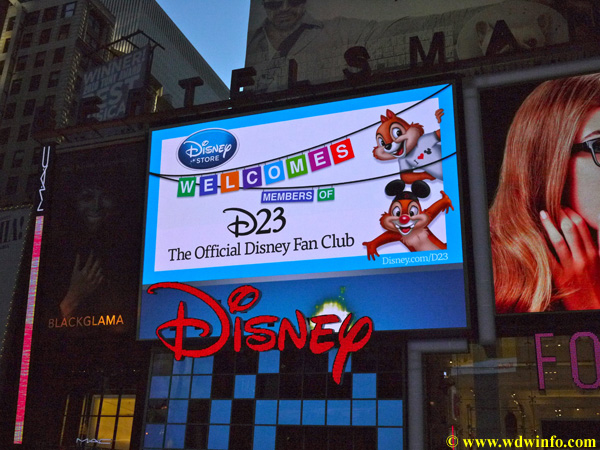 D23 Members initially gathered on the street level floor and not only photographed and explored every inch of the area, but quickly filled shopping satchels with merchandise.  At 8 am the Cast Members opened the escalator and allowed guests to ascend to the second level – Imagination Park. 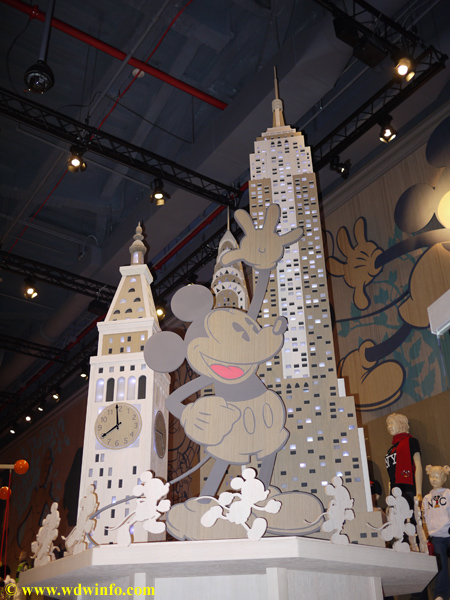 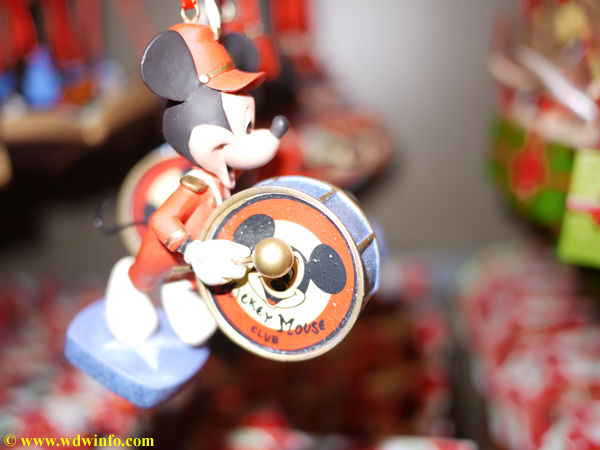 Upstairs adults became kids again as they weaved their way through Toy Story, Marvel, Princesses and Fairies.  Jim Fielding then started the program with a few opening remarks and a brief history of the Disney Stores.  He talked about how The Walt Disney Company started out with their retail locations, the first store opening in Glendale, California in March 1987.  In November of 2004, Hoop Retail Stores, a wholly owned subsidiary of The Children’s Place, LLC bought all the US and Canadian outlets.  The only US store they did not own was the New York City Fifth Avenue World of Disney Store – that was still owned by The Walt Disney Company and run by Parks and Resorts.  In May of 2008, The Walt Disney Company re-purchased all The Disney Stores and in 2009, Disney announced a massive rebranding of all its retail locations into what is currently being rolled out.  All the new Disney Stores fall under Disney Consumer Products. 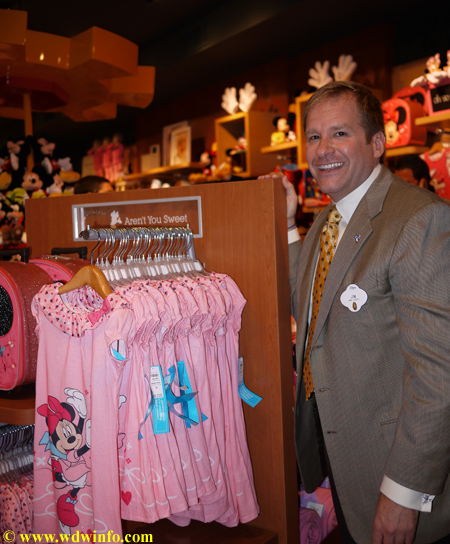 During his presentation, Jim Fielding said that it took them almost a year to obtain the space because of its prime location.  The new store is in the former Virgin Megastore and Barcode, between 45th and 46th Streets on Broadway.  It is an ideal location with a reported one million people walking by that store every day.   He also said that by the end of this year, there would be nineteen stores opened and in 2011, there will be another thirty or forty including two currently planned for Canada.  Their goal is to open 225 new Disney Stores. 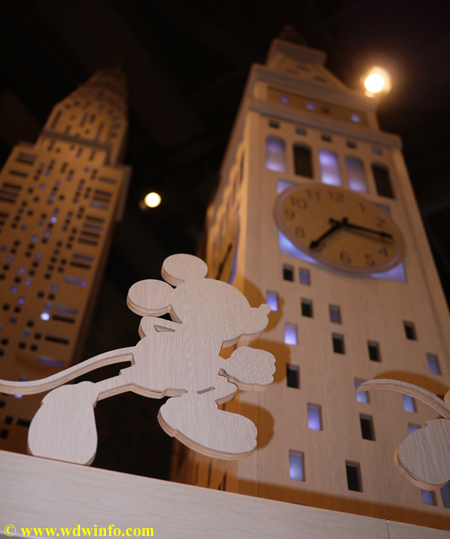 Jim took a few questions from the guests including one from a man who commented that there was a lot of holiday merchandise downstairs, but no Chanukah décor.  He then asked if any would be offered.  Jim was hesitant to answer the question and joked that it would be Twittered immediately.  He then decided to tell the story.  He said that years ago they did offer Chanukah items including a menorah… that included Piglet.  After the laughter died down, Jim said that they would offer Chanukah items in the near future. 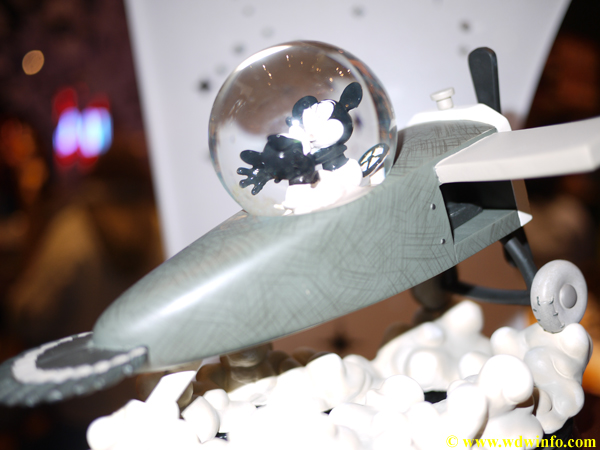 There was also a question about other characters including The Muppets, Phineas and Ferb, and others.  Jim said they are working on all of that for the future.

Another guest asked what happened to the large bronze statures of Mickey and friends that were over the entrance to the Fifth Avenue store.  Jim said that they are currently in storage at Walt Disney Imagineering.

Then Jim introduced Jodi Benson, who spoke briefly about her and her family’s love for Disney and The Disney Stores.  Jim then presented Jodi with a limited edition canvas of Ariel.  Afterwards, Jodi sat in the Disney Store Theatre and signed canvases for those who purchased them. 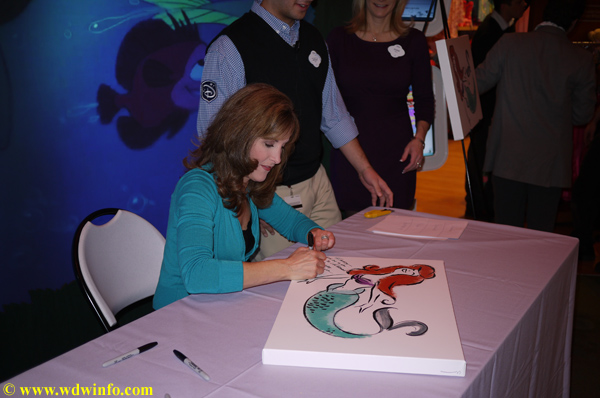 Right before the store opened, a little boy who was chosen by Jim via Twitter, was given the honor of officially opening up the store.  “Unlock the Imagination” is a ceremony that is done in each store at 9 am where a child takes an oversized key and symbolically opens an equally oversized padlock to release the ropes at the entrance.  The D23 unlocking took place upstairs at the entrance of the Disney Store Theatre.  Afterwards, the boy was presented with a miniature version of the key.

Disney interviewed over one thousand potential Cast Members before offering two hundred and fifty of them positions in their flagship location.  Although the store is officially open most days until midnight, Jim said that the store, like the parks, maintains a twenty-four hour staff. 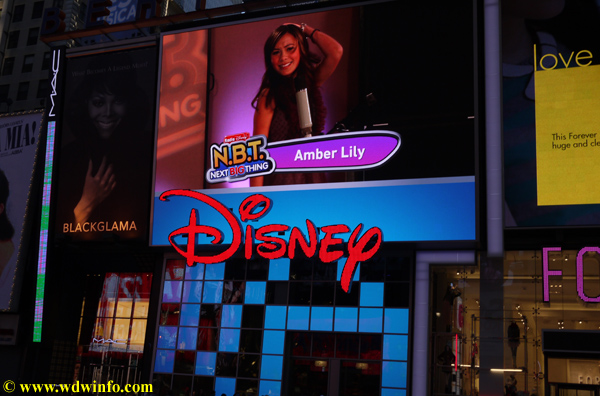 When you approach The Disney Store, the first thing you see is a giant video screen that dominates the outside of the store.  Smaller screens are interspersed on the windows below.  When guests enter, they will find that the store is divided into two floors.

On the Ground Level, guests will find New York City-themed merchandise; eighty percent of it is specific to the Times Square store (as opposed to Theme Park merchandise) including apparel, pins, Minnie Statue of Liberty items, and NYC-themed Vinylmations.  There is also a nice selection of other traditional Disney merchandise ranging from regular pins and Vinylmations to food, apparel, and theatrical items.  There are quite a bit of seasonal items included. 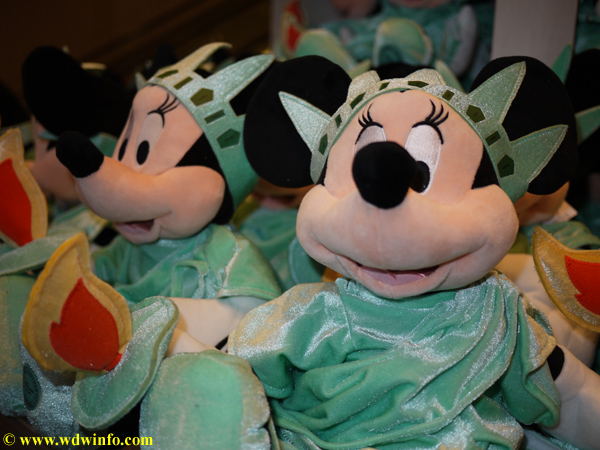 Just like New York City, the Times Square Disney Store has its own landmarks.  The three Ground Floor landmarks are: a series of wooden replicas of New York City skyscrapers, a giant swing set twirling overhead, and in the back is a five-foot “Hey, Taxi!” Vinylmation.  On the walls are oversized line drawings of classic and contemporary Disney characters. 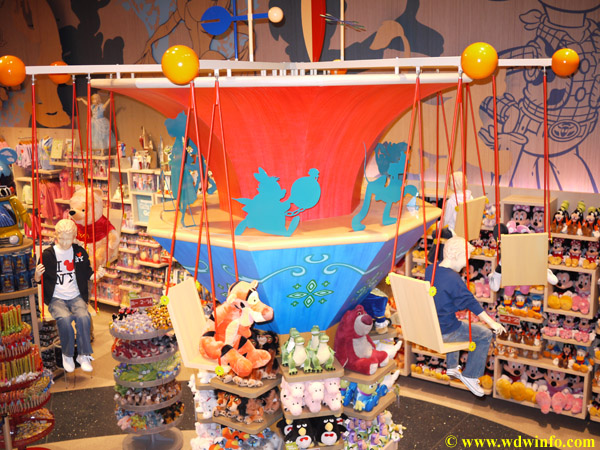 Going up the escalators to the upper floor, or Imagination Park as it is officially known, Peter Pan, Wendy, John, Michael, Dumbo, Zazu, and the house from Up lead the way.  In addition, little bits of pixie dust can be seen moving up and down the walls.  Stepping off the escalator, guests go through an archway and into Imagination Park.  Jim Fielding described this part of the store as a “Disney Store on steroids.” 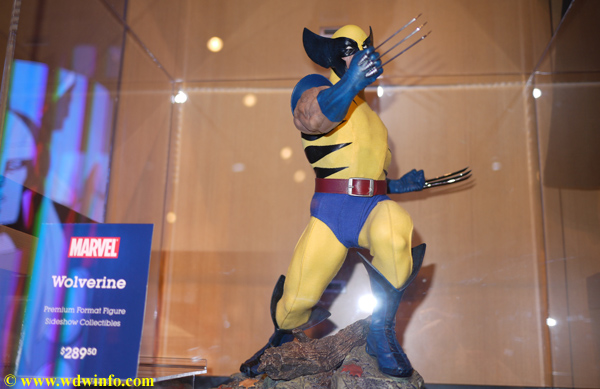 Imagination Park, which caters to kids from zero to twelve years of age, aims to be a “magical destination giving a child the best 30 minutes of their day.”  This is achieved by creating a destination, engaging kids in a story, and designing every detail.  IP is divided into sections.  They include: Marvel (Times Square is the first store to have this), RIDEMAKERZ, a gazebo that houses the Disney Store Theatre and activity center, Mickey, Princesses, Fairies, Toy Story, Minnie, Disney Babies, and Plush characters.  There are also special sections to create a little more synergy between other Disney divisions and the store.  Currently Tron and Tangled represent this section.   However, the “weenie” here is the soaring twenty-foot Disney Princess Castle façade at the back of the store.  Going through the front archway, the princess section is graced by a giant crystal chandelier hanging above and two magic mirrors.  Pick up any princess item and wave it in front of the mirror and the princess that object represents will appear. 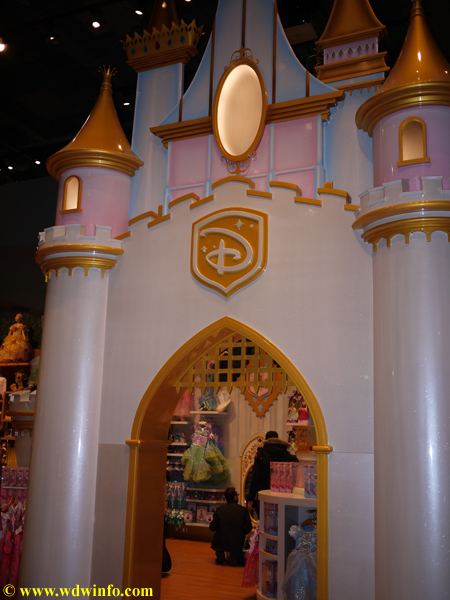 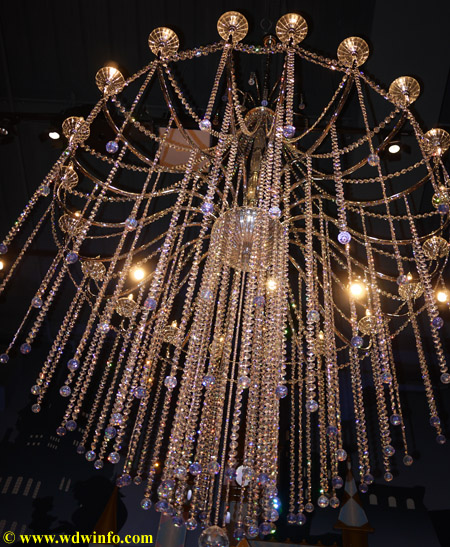 Winding its way through Imagination Park is a glittering cobalt blue Pixie Path.  When they were testing the various concepts, they set up a Pixie Path in a warehouse and had adults and children walk down it.  They found the adults followed the path exactly.  The children started to follow it, but then veered off the path in all directions heading into the various sections of the “store.” 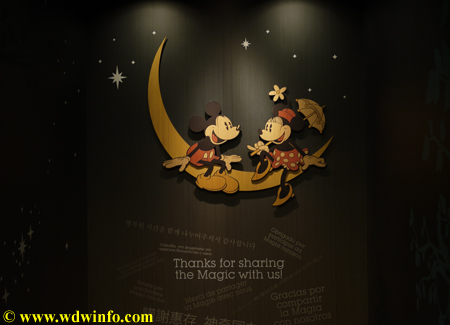 Overall, the store in beautiful and even though it is geared towards children, there is enough in the store to even give adults the best 30 minutes of their day!

In addition, remember; when you visit The Disney Store, there are a few rules:

Rapunzel Lets Her Hair Down in Her New Cottage at Disneyland
#3 The New Disney Store: Stars Shine at Santa Monica Place