Disney California Adventure recently opened ElecTRONica, a new nighttime celebration promoting the upcoming release of the film TRON: Legacy.  The Hollywood Pictures area of the park has been transformed into a party scene, set in the future fantasy world of TRON.  At night, ElecTRONica comes alive with music, shows, food and drink, games and a sensory overload of visual effects.

I recently attended ElecTRONica and took a tour of this futuristic party. 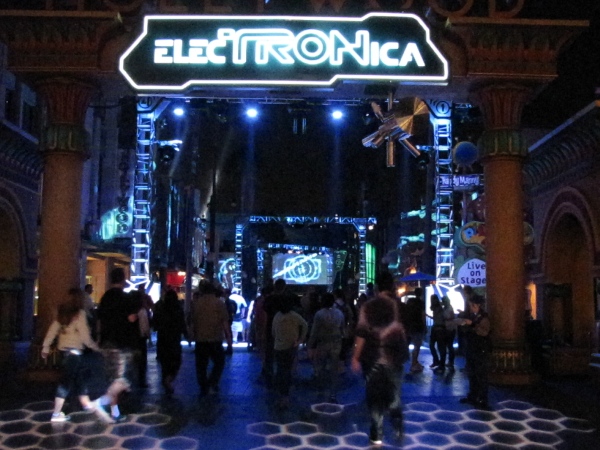 This past summer, Disney California Adventure hosted the extremely successful Glow Fest, which was also located in the Hollywood Pictures area.  Glow Fest was originally intended to keep the large numbers of guests entertained while they were waiting for the nightly performances of World of Color.  Surprisingly, Glow Fest turned into a party event itself.  Highlighted by modern dance music, dancers atop elevated platforms, lighting effects and audience participation video screens, Glow Fest became an event for guests who were already in California Adventure and a destination for those seeking alternatives to the Disneyland Park nighttime activities.

This fall, Disney Imagineers wanted to create a new nighttime party for California Adventure and, in typical Disney fashion, promote one of the upcoming Disney films.  Enter ElecTRONica.  This party incorporates a lot of the successful elements of Glow Fest and also adds new elements and experiences. 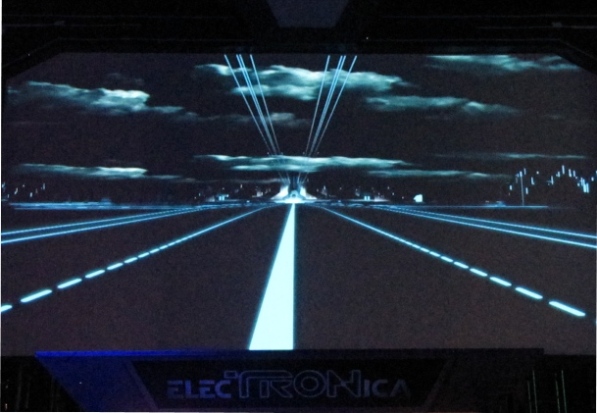 As I entered ElecTRONica, I was immediately overwhelmed by the lights and sounds of the entrance area.  Large chrome stage trusses rose from each side of the main street and crossed overhead.  Moving lighting instruments displayed colored patterns on the street.  Video images of the TRON environment were projected on the buildings on each side of the street.  Sounds accompanied the projections.  All around was the sound of modern dance music.  To say the least, this was immersive. 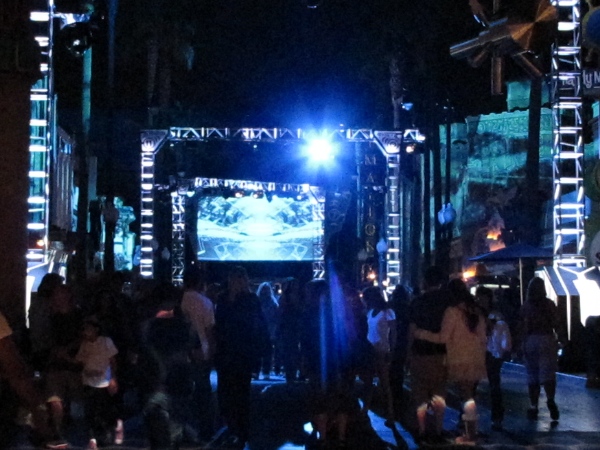 At the end of the street an enormous video screen displayed computerized images from the TRON environment.  Periodically a bright orange Light Cycle would race across the screen.  Graphic images would dance and change and make kaleidoscope-like patterns.  It was easy to become mesmerized with all the visuals. 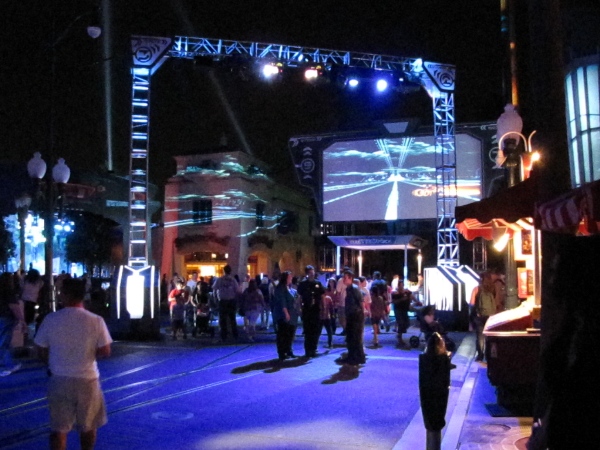 As I moved down the street I saw several booths for face painting and TRON souvenirs.  They had customized ElecTRONica T-shirts and various TRON toys and goodies.  The TRON light cycle models looked pretty cool.

At the end of the street was a large refreshment stand where they were serving TRON themed adult beverages.  This is one of the few Disney events where alcohol is served.  Regular beverages are also available throughout the area. 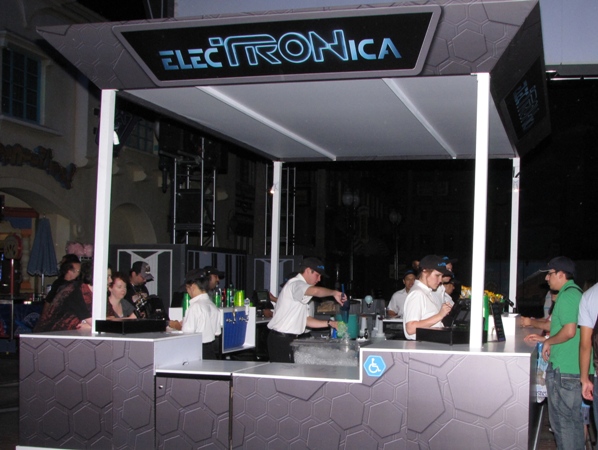 ElecTRONica extends into the studio area (where Muppet Vision 3D and Monsters, Inc. are located).  To gain access, guests must pass under a gigantic TRON Recognizer, which emanates sounds and lighting effects.  The model is very impressive and for us TRON fans it’s great to see a familiar icon of the original TRON movie. 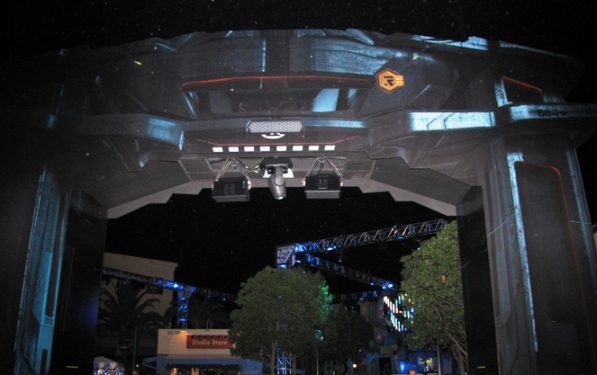 The next area is dominated by a large lighted central structure with lasers, moving lights and chasing LED effects.  It reminded me of the TRON CPU, the central core of the system.  The music in this area was intense dance music and everywhere was a lot of activity and energy.  Directly under the structure, a DJ mixed the sound tracks. 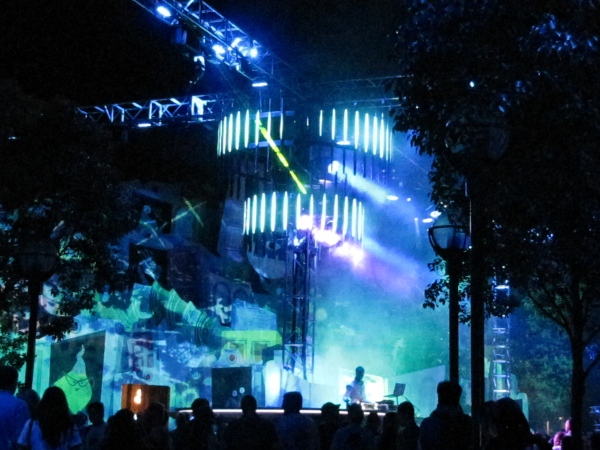 Nearby were several raised platforms where TRON characters danced and performed to the music and the crowd reactions.  The lighted costumes were quite striking. 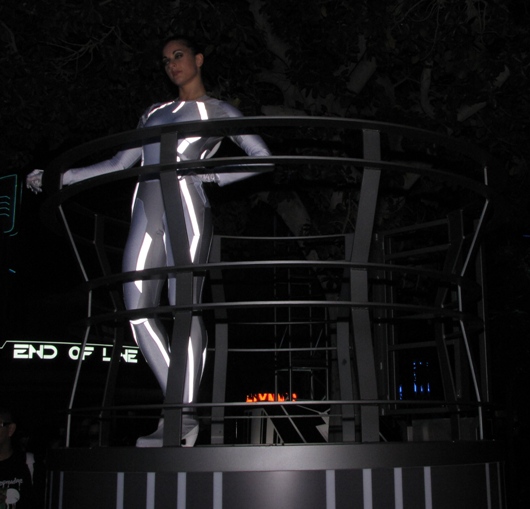 Down the street is a recreation of Flynn’s Arcade from the movie.  Inside are many of the classic arcade video games, including the one of the original TRON video games from back in the ‘80’s!  I couldn’t resist standing in line and inserting a few specialty tokens to play.  Level 1 was no problem.  Level 2 took a couple times to get through.  And as it was when I played long ago, I couldn’t get past Level 3.  Hmm, maybe I need to invent a program to get inside the machine to help me play! 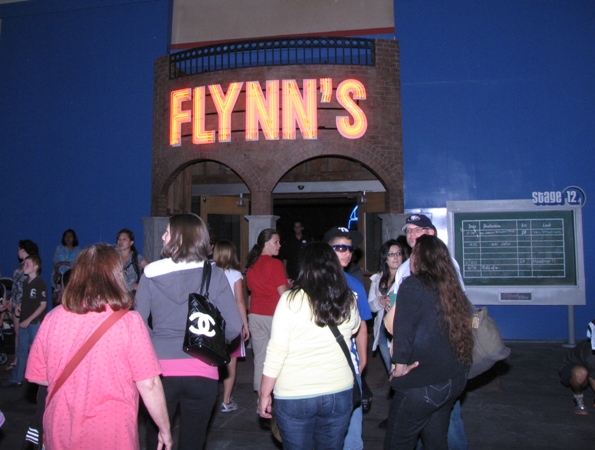 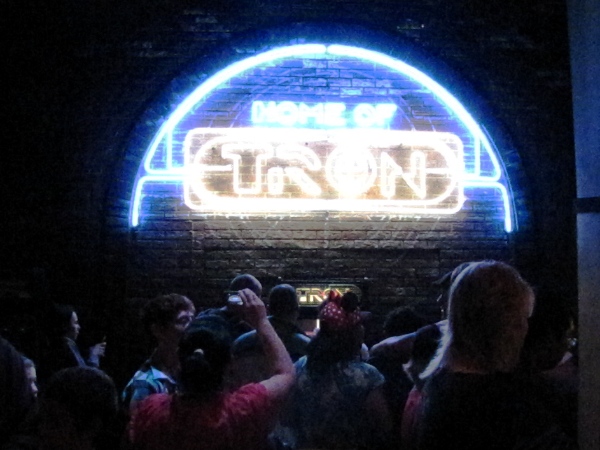 One of the highlights of ElecTRONica is a specialty performance by Laserman.  Dressed as one of the TRON characters, Laserman dances and plays with actual laser beams projected from the platform he stands on.  He intercepts the beams with his hands and diverts them to form patterns and effects in time to his music.  The lasers appear to respond to his gestures and swirl around him as he moves.  This is a wonderful performance and the audience responded loudly.  Laserman was my favorite part of ElecTRONica. 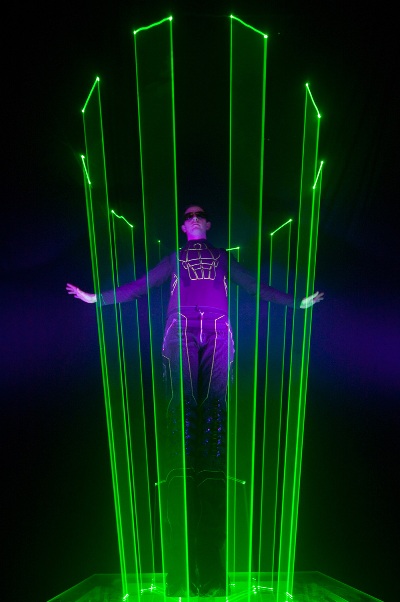 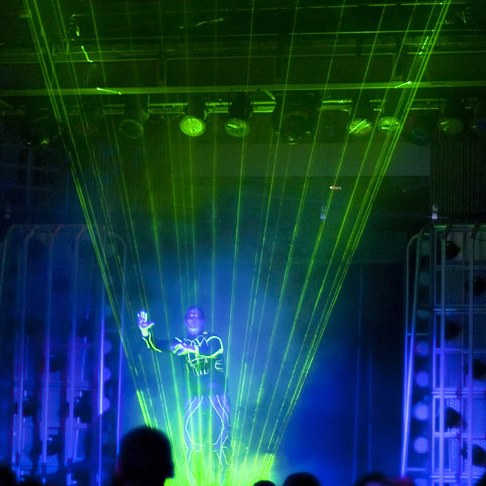 Refreshments are available at the End of Line Club, which serves glowing beverages, and has a convenient lounge area.  Disney suggests that the location is featured in TRON: Legacy. 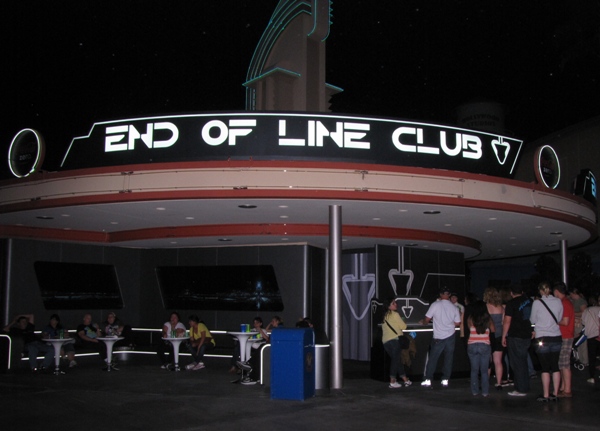 Also included in ElecTRONica is a special preview of the upcoming TRON: Legacy film.  The nine-minute extended preview is presented in 3D at the Muppet Vision Theater and includes many scenes that we’ve not seen in any of the current trailers.

ElecTRONica is very well done for a smaller “street party” type event.  I had a lot of fun and will return again.  ElecTRONica takes place Friday, Saturday and Sunday nights through April 2011, every day during Thanksgiving week (Nov. 19 – 28), and during the Christmas season (Dec. 17 through Jan 2).  I recommend it for all the new TRON enthusiasts and especially to us “legacy” fans. 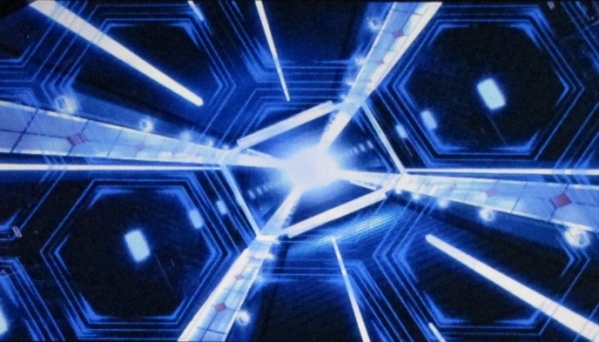 A (Disney) Dream is a Wish Your Heart Makes
At Walt Disney World, Don’t Forget To Schedule Pool Time