I managed to get a sneak peek at this year’s Epcot International Food and Wine Festival at Walt Disney World today.  It starts tomorrow October 1, 2010 and runs through November 14, 2010. This is the 15th year for the Food and Wine Festival.  We have been attending it yearly for the past 13 years.  I am asked all the time if it gets old living so close to the theme parks. If you had seen us today you would know the answer.  We were almost giddy with excitement as we walked through Epcot to the World Showcase.  Seeing the food booths was like seeing old friends. 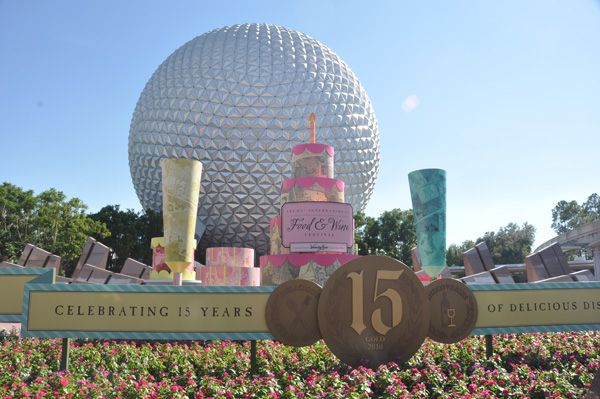 We have a ritual where we tour the festival by turning right and the first food booth we visit is Greece.  We study the map and the menus before we go to get an idea of where we would like to try the food. Each booth is themed to the country that it represents.  Take some time to enjoy the displays around the booth also.  You will see some of the ingredients used growing outside the booth. 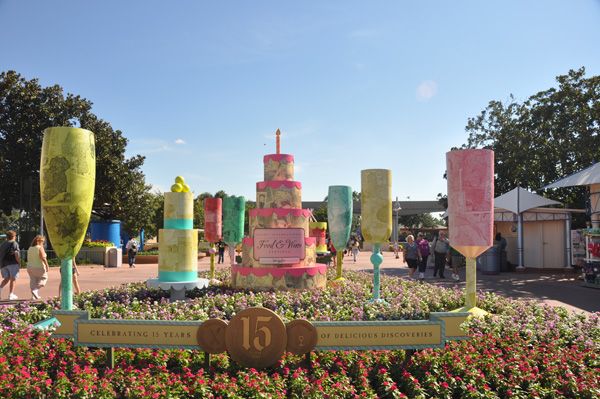 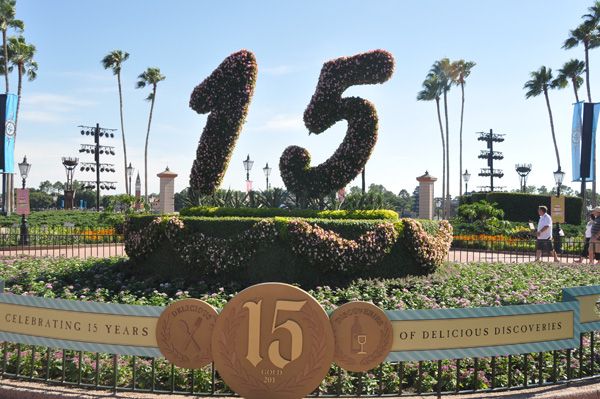 It’s always amazing to me how the feeling of the park seems to change when the Food and Wine festival is going on.  You see people strolling along with glasses of wine and beer. Everyone seems to want to linger instead of rushing to the next attraction. 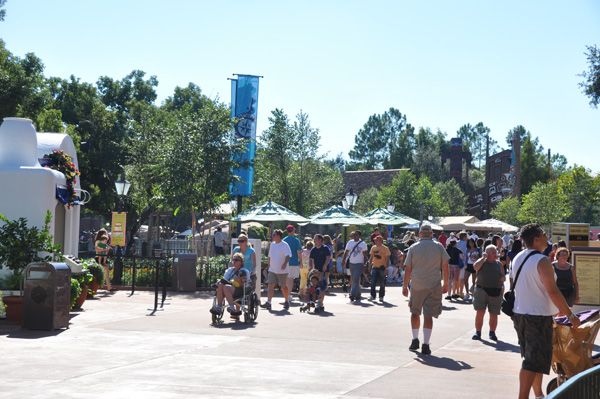 One tip I can give is to buy the mini gift card.  The Festival booths carry them and they can easily be refilled at all the food booths.  It comes with a little bracelet that you can wear on your wrist and is so much easier than carrying a lot of cash with you or taking your credit card out all the time.  If you are on the Disney dining plan the items considered snacks will be noted on the menu at each booth. 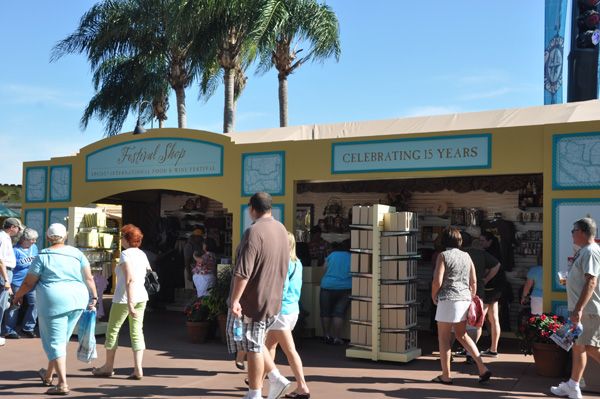 It seemed to me that the food quality was better than in years past.  The prices have gone up slightly but it is still a fun way to eat your way around the World.  I do miss the big display areas they had in the past like the Louisiana area.

I would suggest allowing extra time on the weekend because you will get lots of local people enjoying the park.  I was in the park the other day and it wasn’t very crowded but today there were lines at some of the food booths.

The new candy shop Karamelle-Kuche opened in Germany today just in time for the Festival. It is the only shop of its kind outside of Germany.  The shop smelled heavenly with the fresh caramel corn, candy apples. I know I will be back to sample all the goodies. 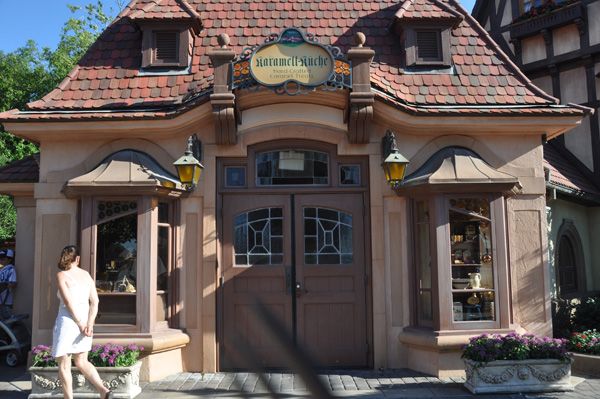 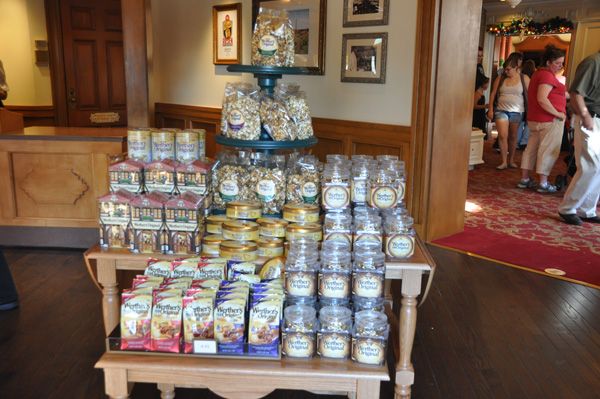 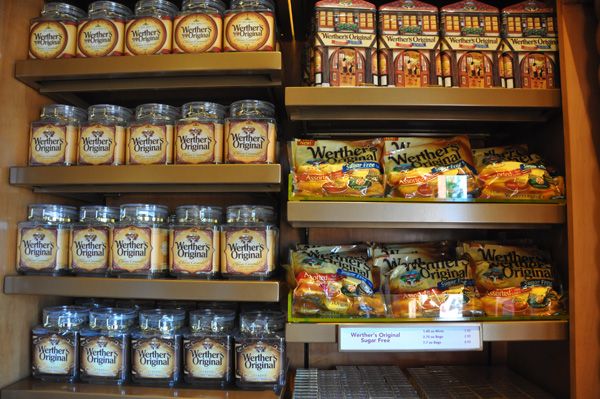 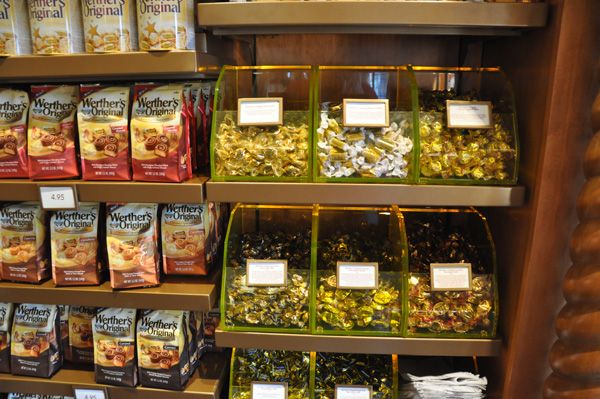 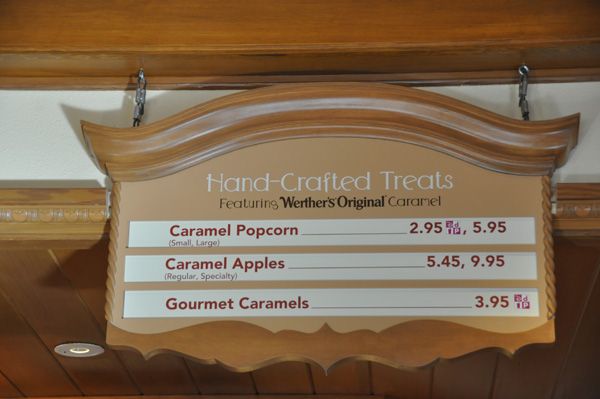 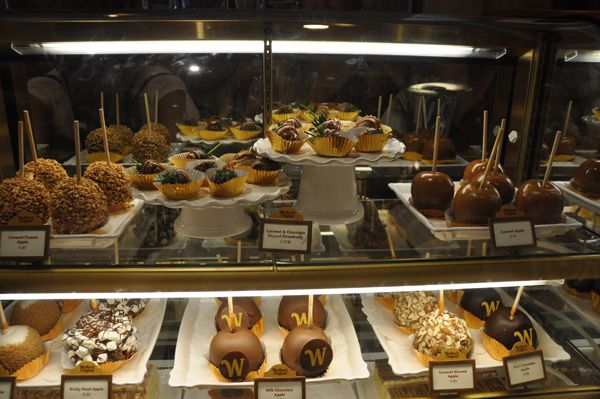 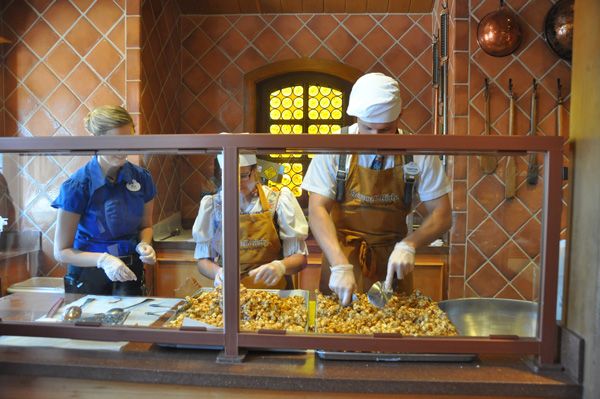 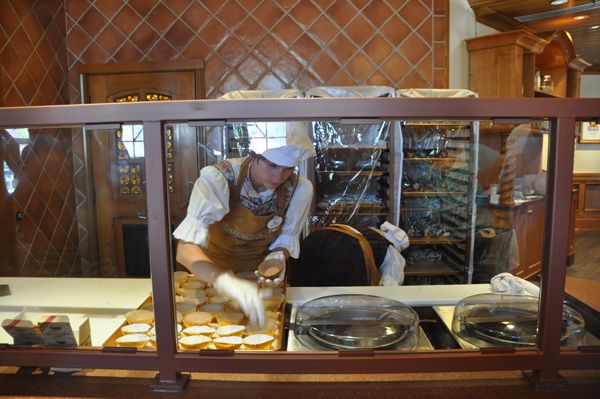 We enjoyed the Food and Wine Festival so much we plan to go back again tomorrow to enjoy it all over again.  We try to experience something new each time we go.  If you are interested there are also lots of great demonstrations and dining events going on during the Festival.  Don’t forget to allow some time to enjoy the Eat to the Beat Concert Series. We love sitting there enjoying the music.  Let us know what you think!