Take a handful of creative types, chain them in a room with an ink board and yellow legal pad, and what do you get?  Halloween Horror Nights, one of the most terrifying, nightmarish, and outrageous Halloween events in the country.  Recently, I was able to talk with Universal Orlando’s Mike Aiello, Show Director for Halloween Horror Nights.  Aiello is responsible for creating the horrific storylines and unique, iconic characters featured in the haunted mazes and scarezones.  In addition, for the past 9 years he also served as writer and director for Bill and Ted’s Excellent Halloween Adventure – an extremely popular show during the event.  Continue after the break for the full audio of my interview with Mike Aiello and to read about what it takes to put on this massive event. 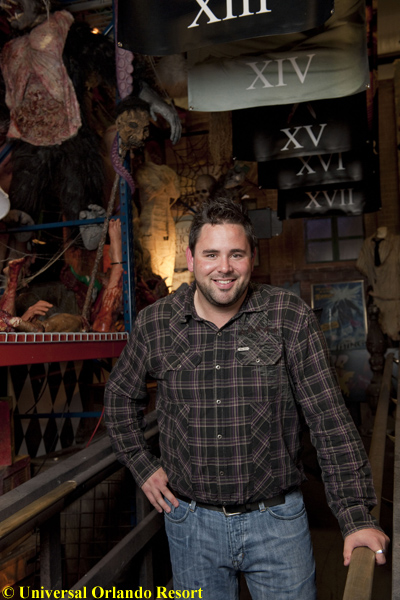 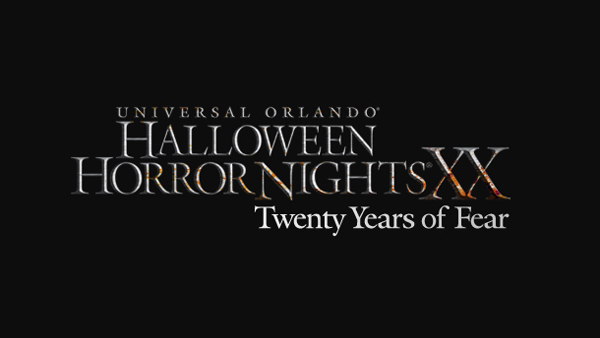 To listen to my interview with Halloween Horror Nights Show Director Mike Aiello,

It is impressive that Universal Orlando’s Halloween Horror Nights (HHN) has been around for twenty years.  Mike Aiello attributes that feat to the fans who are so passionate and flock to the event year after year.  However, he insists he will not allow his creative team to make this year’s event an anniversary or “best of” highlights show.  He elaborated,

“We wanted to provide an event that would pay homage to our past, and reflect on the fact that HHN has been doing this for 20 years, successfully.  But also, what was very important to us was to make sure that we were still doing what this event has been known for – and that is constantly bringing brand new characters and new terrifying stories and creating brand new things every single year.  That’s really one thing that sets Universal Orlando’s HHN apart from other horror themed events.  We definitely recognize that and that was something we definitely wanted to make sure we wanted to do for HHNXX.” 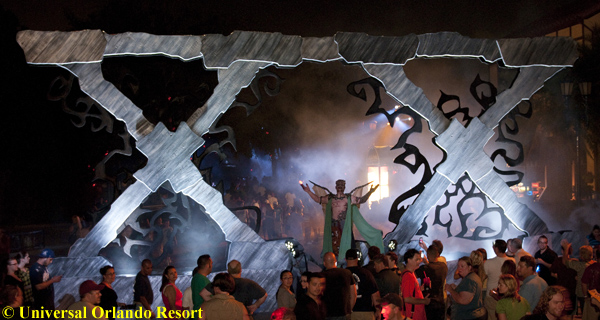 Universal has a stable of classic, iconic horror movie characters to draw upon such as Frankenstein, Dracula, the Wolfman, and the Creature from the Black Lagoon.  However, one of the strengths of HHN are the unique characters created for the event such as Jack the Clown, the Caretaker, and Blood Mary.  I asked Mike how his team creates these iconic characters that resonate with the audience.  Mike replied,

“That is the hardest thing to do.  I think where it always begins is we definitely want an iconic character to have a sense of relate-ability to the guests so that they know what they are looking at and know what to, pardon the pun, fear.  At the same time, we want to make sure whatever that character is, be it a Jack, or a Caretaker, or a Director, or a new icon – such as Fear, that it is something that they have not seen before.” 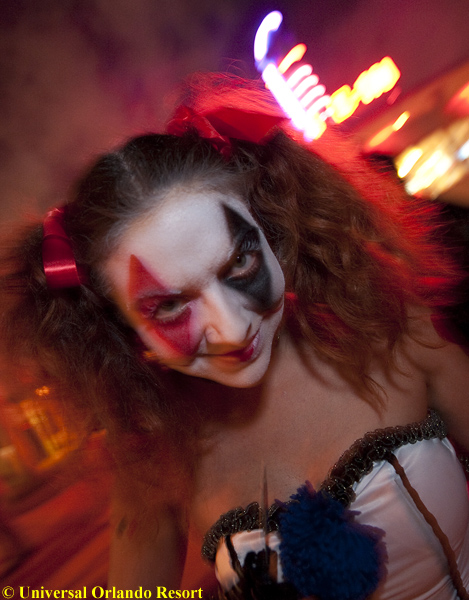 He then described the brainstorming sessions where the team reflected on the HHN of the past.  Mike Aiello said the thing HHN has always relied upon for the past 20 years was bringing fear to the guests, in whatever manner or form.  The word that kept coming up in their sessions was fear…

“OK, if all of this fear that’s been growing for the past 19 years all came together and formed a physical being – what would Fear look like?  It’s now 20 years, but this being needs our fear, it feeds off our fear, that’s how it survives.  Fear created Jack.  He made our hands draw Jack for the first time.  He made us write the backstory for Caretaker.  This being did that, and he wants more.”

Take a look at the video below for a look at this overlord of HHN and the icons of the past.

However, it’s not just all about fear and scaring the pants off of guests attending the event.  Mike Aiello also has been the writer and director of Bill and Ted’s Excellent Halloween Adventure for the past 9 years.  This is the last year Aiello is serving as the director of the show, and I asked him how this comedy show skewering pop culture fit into an event centered around fear and horror.  Mike explained,

“Well here’s the thing.  Bill and Ted has always been its own entity in the event.  In the 9 years I have been with that show, I have always looked at it with one mindset.  It is the break in your night.  You’re experiencing all these amazing and terrifying characters, you’re going into these haunted mazes and getting the living daylights scared out of you.  There comes a moment where you need to take a break, sit down, relax, have a laugh, and that is the place to go.  I think it’s important in a Halloween themed event to have that kind of break to be able to laugh and take yourself out of the fear for a moment.  Because when you go back to it, it’s that much more intense.”

So maybe in the end, it is all about fear and frightening the daylights out of the guests. 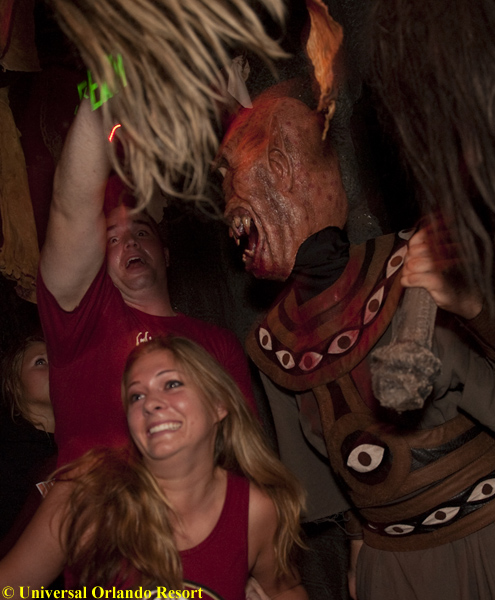 We wrapped up our conversation by talking about what it takes to create an event of this magnitude with 8 different haunted houses, 6 scarezones, and 2 live shows.  Mike replied that the creative process never stops.  The event has grown so much, with such a large backstory involved, that one week after HHNXX opens they will begin the process of creating HHNXXI.  However, Mike’s passion for the project and the creative process was palpable, and he had some good advice for anyone trying to do creative work.  He said,

“Anybody that’s out there that really wants to do something that’s creative.  Never deny the bad idea. Never.  Always put it up there, because that bad idea will lead to a good idea someway somehow, and never discount any idea you have.  Whether it’s writing, whether it’s anything.  That’s the mantra that we always, always go into this process with is that there is no bad idea when you’re first starting.  You have to get those out, almost like beating a dirty rug, getting that dust out of that rug, you got to clean the cobwebs out before the gold shines.”

I appreciate Mike Aiello taking the time to chat with me, and tell us more about the creative process that goes into Halloween Horror Nights.  These are just some of the highlights from my interview with him.  To listen to the complete discussion, including details of Legendary Truth, a way for fans to learn more about the backstory HHN,

That is the hardest thing to do. I think where it always begins is we definitely want an iconic character to have a sense of relatability to the guests so that at least kind of know what they are looking at and know what to, pardon the pun, what to fear, but at the same time we want to make sure that whatever that character is be it a Jack, or a Caretaker, or a Director, or a new icon – such as Fear, that it is something that they have not seen before.