Previously on the DIS Unplugged blog, we reported all the events during the Last Tour to Endor party on Saturday, August 14th.  The party included a one night only show combining the Star Wars and Indiana Jones universes called Raiders of the Lost Jedi Temple of Doom: A Fan Film of Epic Proportions, and even had an appearance by none other than George Lucas himself! 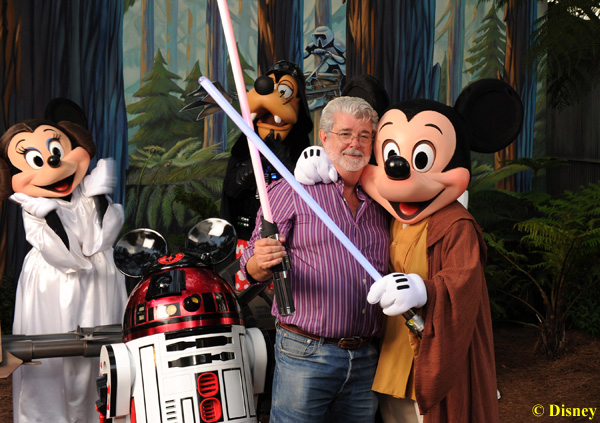 The party was a “blast”… literally… and I’m not just talking about the amazing Symphony in the Skies Fireworks Spectacular – a fireworks show set to the music, sounds, and story of the Star Wars saga.  At the end of the evening, a special ceremony took place for the “de-commissioning” of the 20 year old Star Tours attraction, but, in typical Disney fashion, something goes horribly wrong.  Darth Vader shows up with the bounty hunter Boba Fett, as C-3PO exclaims, “He’s got a thermal detonator!”  Charges fire, lights fill the sky, and Star Tours is no more.  In case you couldn’t be there for the festivities, StarWars.com released an excellent video report of the Last Tour to Endor Party, and you can watch it all by clicking the link.  “I’ve got a baaaaaad feeling about this.”