The 5th Annual Disneyland Half Marathon is scheduled for Sunday, September 5th, 2010.  The event has filled to capacity for the 5th consecutive time with over 14,000 runners registered to participate in either the 5K or half marathon.  570 “Legacy Runners” have finished all 4 previous Disneyland Half Marathons, and will be recognized throughout the weekend.  Disney just released an image of the handsome 5th anniversary finisher’s medal sure to get runners even more excited about the race. 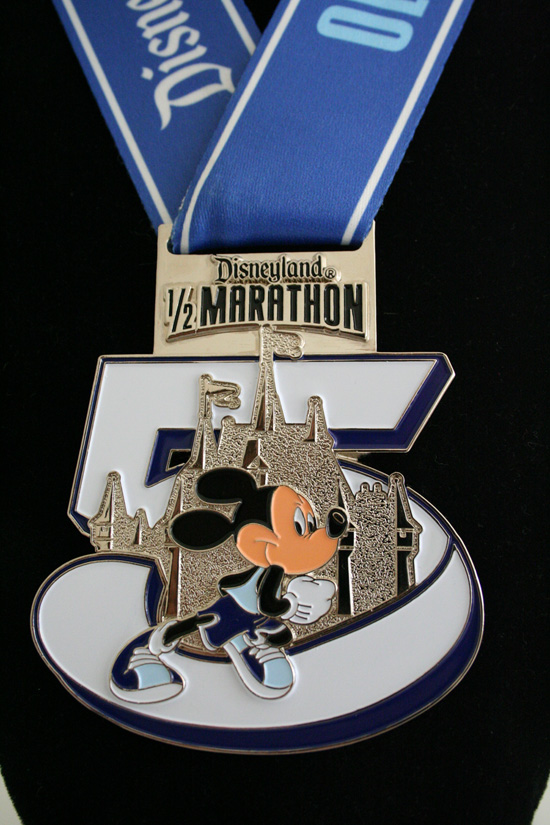 The half marathon course works its way through Disney California Adventure and the Disneyland theme park before making its way out onto the streets of Anaheim, CA past Honda Stadium (home of the NHL’s Anaheim Ducks) and across the baseball field of Angel Stadium.  Runners pass the Anaheim Convention Center before reaching the finish line next to the Disneyland Hotel to receive their medal. 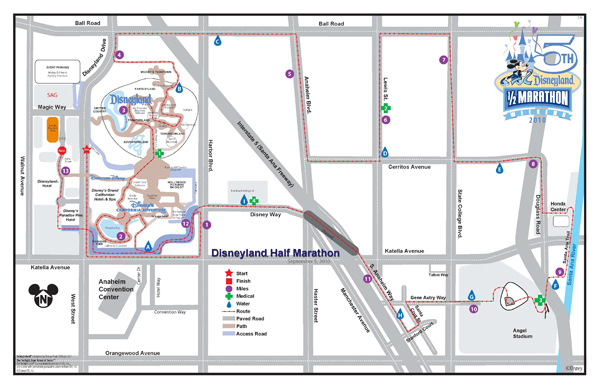 Stay tuned to the DIS Unplugged blog for complete results from next weekend’s Disneyland Half Marathon, and if you are one of the runners in the race let us know about your experience in the comments below.

The next Florida race in the Disney Endurance Series is the Inaugural Wine & Dine Half Marathon during the first weekend of the Epcot International Food and Wine Festival.  The DIS will be on hand to cover that inaugural race direct from the race course, but, for now, we wish everyone competing in one of the races next Sunday the best of luck.