Tokyo DisneySea has a stunning version of the Tower of Terror that is the focal point of the American Waterfront port.  However, Tokyo’s Tower of Terror is unique among Disney Parks.  Instead of the Twilight Zone, its story focuses on the mysterious midnight disappearance Hightower Hotel founder, Harrison Hightower III, at the dawn of the 20th Century.  Continue after the break to learn just who Harrison Hightower III is, and why he is so important to Walt Disney Imagineering. 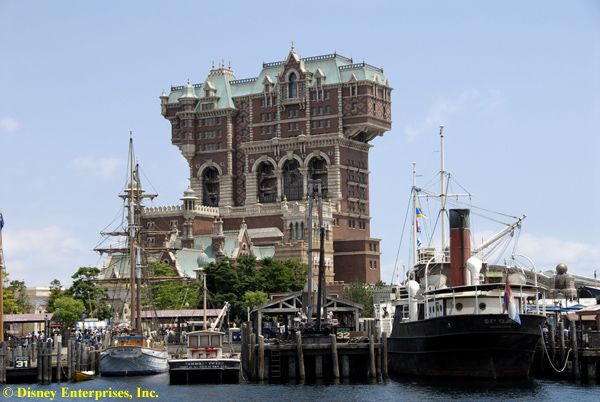 Image: Hotel Hightower (aka Tower of Terror) viewed from the port at Tokyo DisneySea 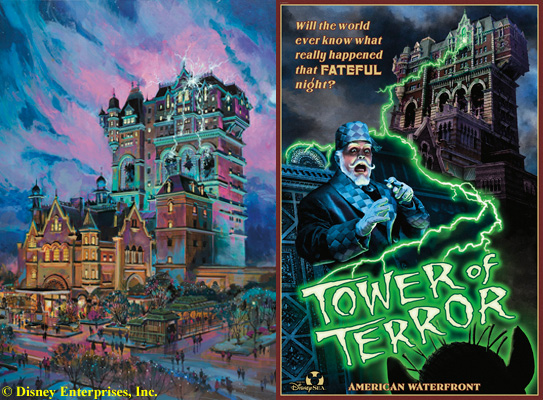 Disney Editions recently published a gorgeous new book titled “Walt Disney Imagineering: A Behind The Dreams Look At Making MORE Magic Real.”  This book is a continuation of the story chronicling Imagineering that was published in 1995, and is full of wonderful photographs, concept drawings, and stories.  Recently, I spoke with the author of the new book – former Imagineering show writer, Melody Malmberg, and she shared even more details that could not fit into the book.  One story that was particularly fascinating regarded the adaptation of Tower of Terror to Tokyo DisneySea, and why a new story was created for the attraction featuring Harrison Hightower III. 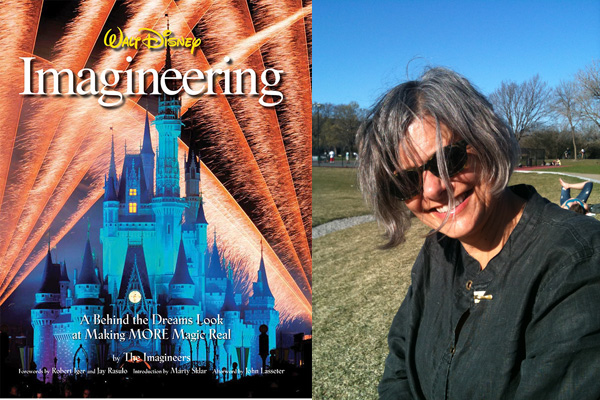 Japan never had the Twilight Zone television series that originally ran in the United States (and Europe) in the late 50’s to mid 60’s – the basis for the theming of the original Twilight Zone Tower of Terror at Disney’s Hollywood Studios in Florida.  For Tokyo DisneySea, Imagineering quickly realized they could not explain all the backstories of Rod Serling, the Twilight Zone, a haunted hotel, and a plunging elevator while people were waiting for a ride.  Therefore, a whole different backstory for the haunted hotel was created – this hotel was cursed for a completely different reason than any of the other Tower of Terrors in Florida, California, or Paris, France.  Enter the character of Harrison Hightower III, a rapacious American magnate who entered the hotel business. 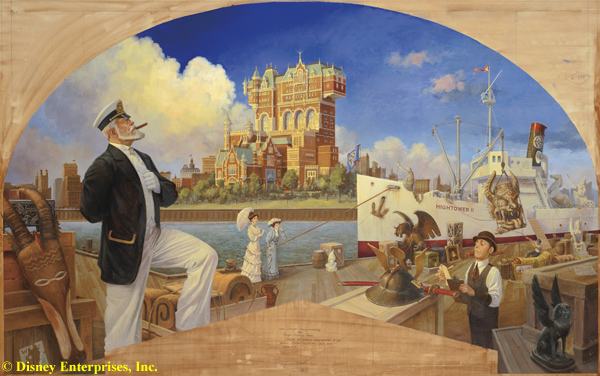 Image: Hotelier/Adventurer Harrison Hightower III supervises unloading of world treasures. This mural by Sean Sullivan is found in the lobby of the Hightower Hotel.

“Contents of Xanadu’s palace: paintings, pictures, statues, the very stones of many another palace — a collection of everything so big it can never be cataloged or appraised; enough for ten museums; the loot of the world. Xanadu’s livestock: the fowl of the air, the fish of the sea, the beast of the field and jungle. Two of each – the biggest private zoo since Noah.” 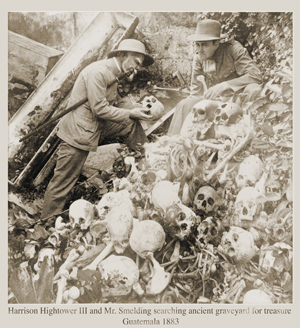 Disney’s Harrison Hightower III was a ruthless American millionaire who took the treasures of the world to decorate his new Hightower Hotel.  Harrison Hightower III had little regard or concern for the significance of the antiquities he collected.  Until ultimately, in the time-honored Disney way for its attractions, something goes horribly wrong.  On midnight, New Year’s Eve, 1899 those same artifacts cursed Harrison Hightower III, and he disappeared forever.  Today (the story goes), the “New York City Preservation Society” restored the landmark hotel and started giving tours to the public – but at what risk?  Beware of that first step off the elevator… 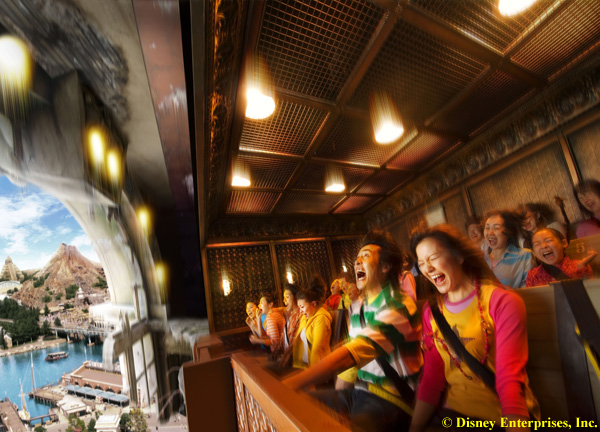 Which brings us back to our original question.  Just who exactly is Harrison Hightower III?  It turns out the character was based on none other than Imagineer extraordinaire Joe Rohde – designer of Disney’s Animal Kingdom, the now defunct Adventurer’s Club, and the new Aulani Disney Vacation Club property being constructed in Hawaii.  Rohde served as the “scratch-track” who stood in for the actor who would ultimately be hired to play Harrison Hightower III.  However, Disney realized Rohde was perfect for the part, and decided not to replace him with another actor.  This nugget of information came directly from the author of the new Imagineering book, Melody Malmberg, and how does she know?  Well, Mel happens to be married to none other than Harrison Hightower III/Joe Rohde himself.  She noted, “It’s kind of weird to see my husband in all these stained glass windows and portraits” throughout the attraction.  She didn’t say whether any of those portraits and windows made it into their own personal Xanadu. 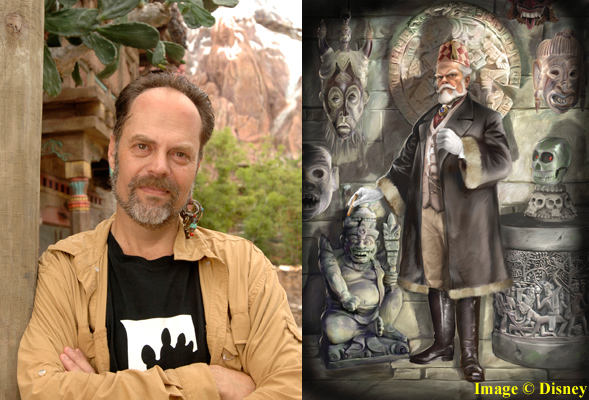 For more behind the scenes insights into the world of Imagineering and the Disney Theme Parks, be sure to pick up a copy of Mel Malmberg’s new book “Walt Disney Imagineering: A Behind the Dream Look at Making MORE Magic Real.”