During the month of July, Disney Sports had a competition where the public could vote on 1 of 3 designs for the 2011 finisher’s medal for the Walt Disney World Full Marathon.  Recently, the DisneyParks blog announced the top vote-getter for the new medal design. Below is the medal all finishers will receive upon completion of the Walt Disney World full marathon on Sunday, January 9, 2011.  I love the new medal design – which is why it received my vote during the competition. 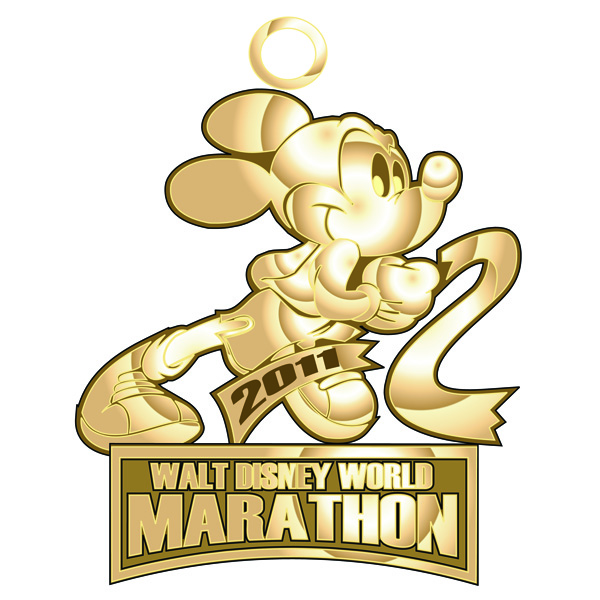 Don’t forget to wear your medal to the theme park the day after the race for free admission!  If you’re not familiar with this, see our previous report for details of Disney’s new “Marathon Monday.”