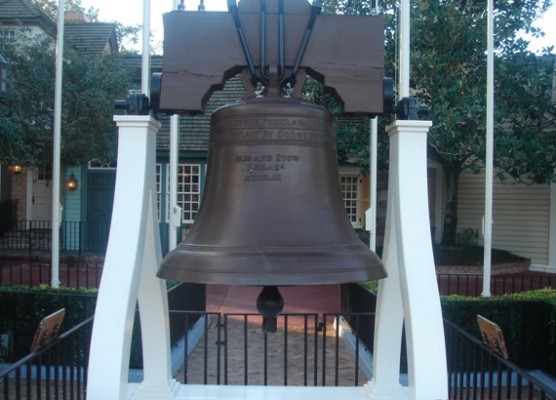 In 1976, 50 replicas were cast and molded in honor of our country’s 200th birthday.  Each state would receive one and place it in a spot of their choice.  However, the state of Pennsylvania had a problem.  They already had the original Liberty Bell in Philadelphia.  Why would they want a replica?  Years later, Walt Disney World realized Pennsylvania had the replica and asked if they could have it for Liberty Square.   Pennsylvania agreed and on July 4th, 1989 the replica Liberty Bell was hoisted and lowered into its permanent spot inside Liberty Square at the Magic Kingdom where it still sits today.  Florida remains the only state with two of the 50 replica Liberty Bells.