Blog and photos by Tom Bell

After a lengthy rehab, Disneyland’s Rivers of America are finally flowing again!  Several changes have been made.  Guests are being greeted with some new residents along the banks of the river, including some new critters and a new owner for the burning settler’s cabin.    But it wasn’t until this last weekend, with the return of the Mark Twain Riverboat, that activity was completely back to normal. 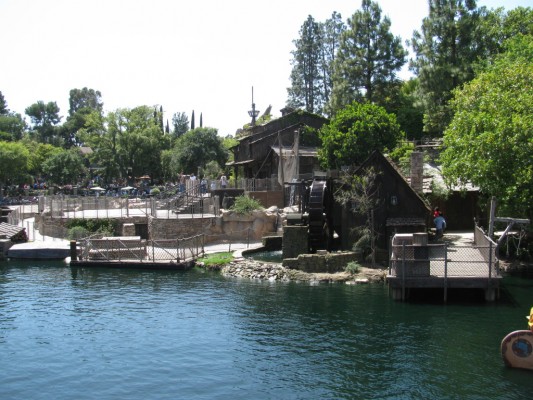 One of the biggest changes was the retheming of the river.  Kim Irvine, art director of Walt Disney Imagineering, says that Disney “never even named the rivers.” People just took to the unofficial name and now, Disney has themed the river to match.  The river has been divided up into four distinct regions.  The four U.S. rivers that will be represented are the Mississippi, the Columbia, the Potomac and the Rio Grande. 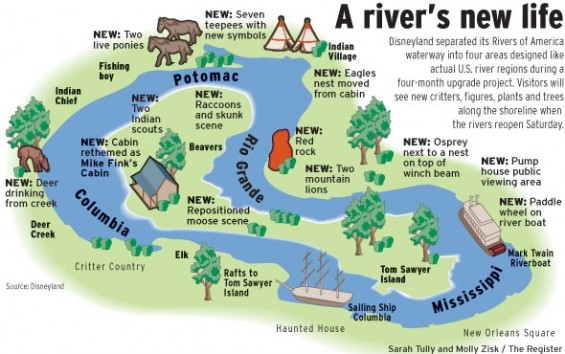 All of the additions can be seen from the various boats traveling on the waterway.

To see more pictures of the changes, check out this thread on the DISboards.