We recently visited the Rose and Crown Pub, located in the United Kingdom area of Epcot’s World Showcase. As it was not a busy time at Disney, we were able to secure a same day advanced dining reservation for 3 pm. As we hit very little traffic, we made great time and actually arrived at the restaurant just a bit before 2 pm.  Read on to find out about our experience. 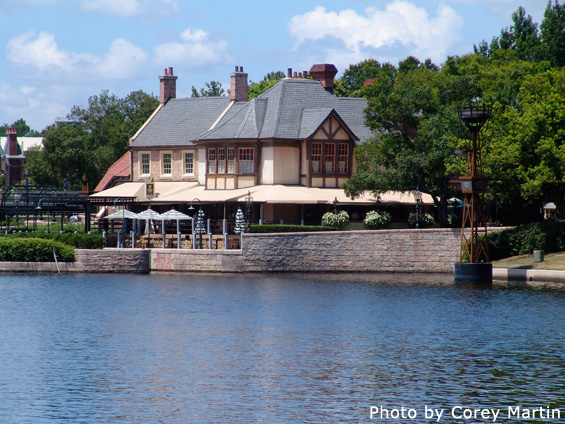 We approached the podium and explained our situation….we had a 3 pm ADR and arrived an hour early. We asked if it was possible to be seated at that time or if we need to wait the additional hour for our allotted time frame. The Hostess suggested that it would depend on how busy the dining room was at the time.

I took this to mean that she was going to check to see if the dining room was busy and she didn’t. She just stood there looking at me. I asked if she could check and see if we could be seated. Her response was “Oh, you mean now?” She checked and decided that we could be seated immediately.

We were shown to our table in a near empty restaurant.

Our server approached our table and asked if we had any questions. When we said we didn’t, she asked if she could make suggestions. We agreed and she proceeded to read the menu to us. Verbatim. I explained that we could read the menu and she left. 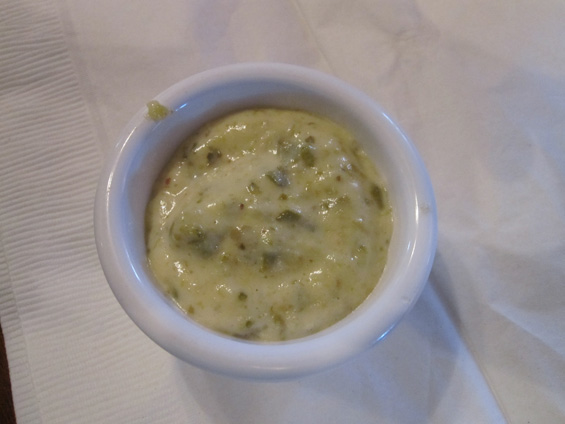 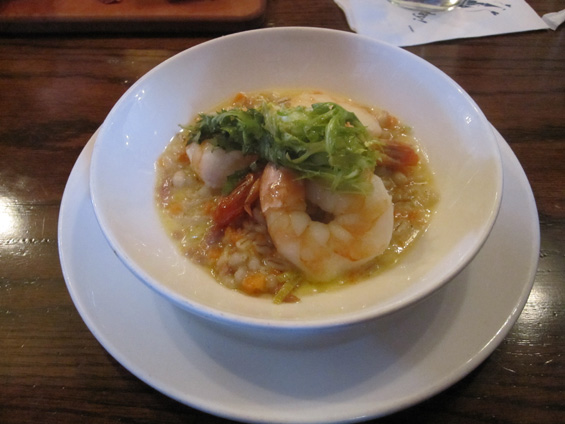 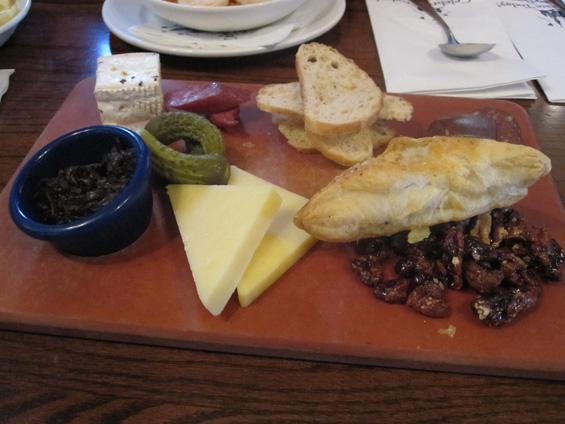 Our soup was delivered and resembled a bowl of slight solidified paste. As we were very hungry, we asked for a small portion of hot milk to add to the soup in order to thin it to “soup consistency”.

We ordered our entrees and after this, our server disappeared.

Our other appetizers arrived…delivered by another server.

I had heard of a Scotch egg before and was intrigued to try one. It’s a hard boiled egg encased in sausage, rolled in bread crumbs and deep fried. It was served with a grainy mustard.

I was told that this was the appropriate presentation.

I can tell you the intrigue is no longer there. This was surprisingly lacking in flavor. I was expecting savory, salty sausage and instead found it to be mild to the point of tasteless. I was also surprised that there was so little on the plate for $9.00.

Eventually, a server approached our table with three orders of fish and chips. While this was not what we ordered, we figured that a mistake was made and we’d just roll with it and accept what was delivered. One order of fish and chips hit the table before the server realized that this was for a different table. Our fish and chips were whisked away. 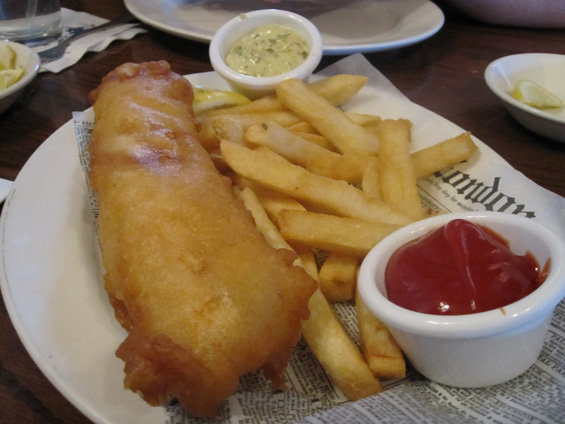 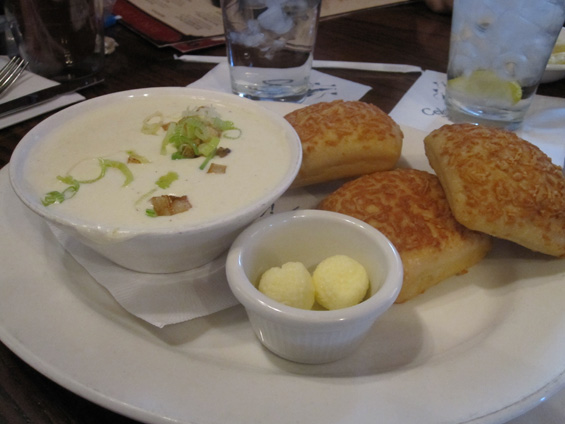 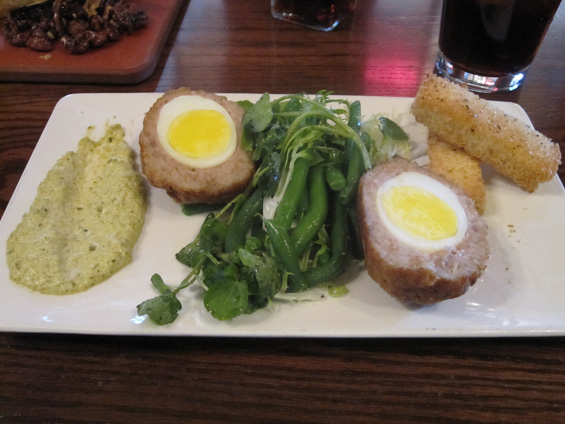 I finally got up and headed for the kitchen to find our server. I did locate her headed our way with a full carafe of steamed milk.

She arrived at our table with a full liter of hot milk. She explained that this took her a great deal of time to get the whole pot of milk to temperature.

I told her I appreciated her efforts, but there had been a misunderstanding. We were looking for a small amount (making the small finger gesture using your index finger and thumb the entire time) of milk for soup that had already returned to the kitchen.

I asked if our entrees would be arriving soon and she said she didn’t know. She then asked if we still wanted the liter of hot milk. When we explained that we no longer had any use for the hot milk, she disappeared yet again.

It’s at this point that I had another Disney first. I called Disney Dining from the Rose and Crown Pub and made dinner reservations for Chef’s de France for one hour later.

After waiting a bit longer, one order of fish and chips arrived…..for three people.

Neither the cottage pie nor the chicken and mushroom pie ordered at the same time as the fish and chips were ever delivered. No explanation. No apologies. Nothing.

Three of us tasted the lukewarm soggy fish, ate the tasty chips / fries and asked for our check.

When delivering the check, our server asked how everything had been. We explained that we never received two of our entrees. This meant more waiting while the check was re-figured.

We then left and went to Chef’s de France and had a wonderful dinner and extraordinary service.

I don’t think this is a typical experience, but…it just goes to show that anything can happen.