Disney is finding that their volunteer program, “Give a Day, Get a Disney Day” is much more popular than they had originally anticipated.  They said that the program would end once one million tickets had been given out.  In the hopes of encouraging a spirit of volunteerism, Disney is asking guests to pick a charitable organization from a list Disney itself provides. After completing a day volunteering with this organization, you will be given a certificate to redeem for a Disney theme park ticket. If a participating guest already has an admission ticket, they may choose from: a special fastpass, an EarHat figurine with exclusive trading pins, or the option to donate your park ticket to a participating charity. 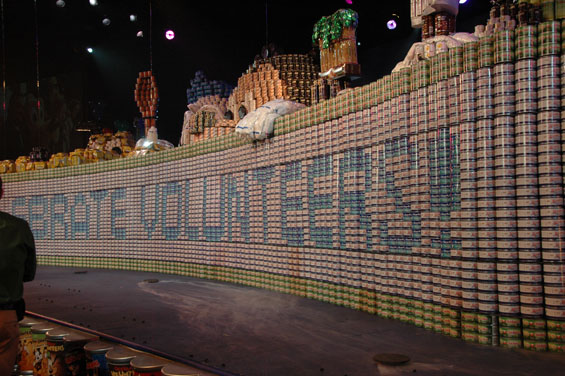 Two weeks ago, it was reported that 600,000 people had already volunteered.  Now, the number is almost at one million volunteers.  According to a thread by “5 Disney Fans” on the DISboards, guests who had signed up for a future volunteer opportunity received a letter from their charity organization saying that there may not be enough Disney tickets left.  Here is an excerpt from the letter:

If you were planning to volunteer at JRA between May-November:  It is unlikely that you will be able to get a free Disney ticket.”

It is still unknown whether Disney will continue this program due to its popularity, especially considering it’s only the first week of March.  We hope that with the positive publicity this has brought Disney’s way, they would extend this opportunity so more people will give back to their communities.


Tags: disney, Give a Day Get a Disney Day, volunteering