It was a hot and steamy morn for 4,000+ competitors in the final Race For The Taste 10K.  Runners started arriving around 5:00 am at Disney’s Wide World of Sports for the 7:00 am race start.  It was already 75° with 97% humidity, and sure to get hotter as the sun rose.  Jose Henriquez of Orlando, FL was the overall winner completing the 6.2 mile course in 35:22 minutes (5:44 min/mile pace).  Sonja Friend-Uhl of West Palm Beach, FL was the first woman across the finish line (fourth finisher overall) in 36:34 min (5:53 min/mile pace).  To read more about this event and see photos of the new medal for the Fall Race Challenge continue below the break. 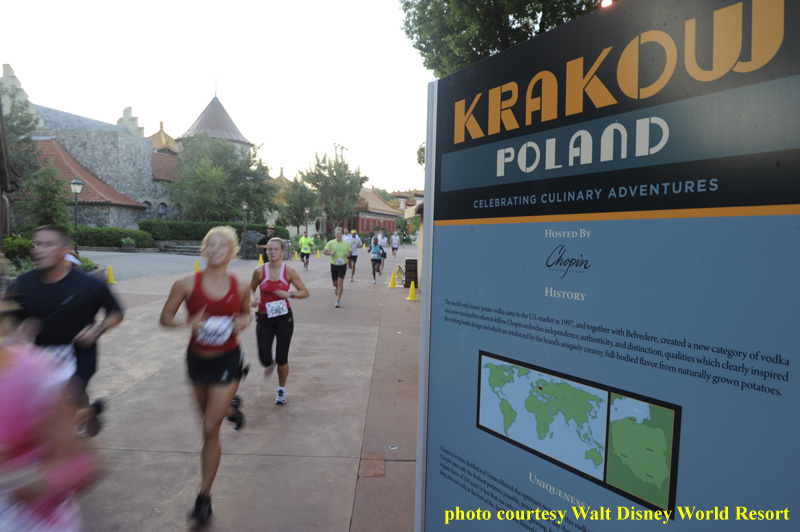 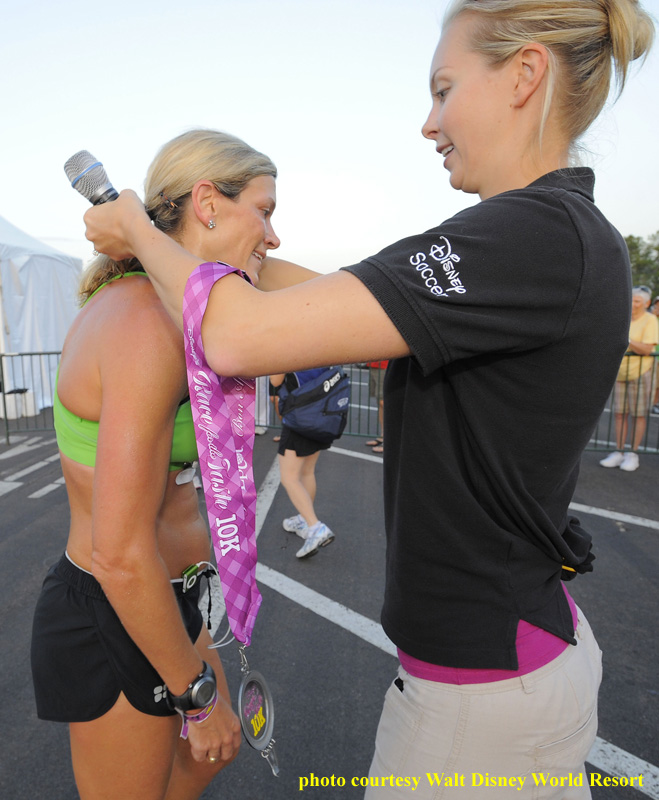 Jen Buccigrossi (jbucci on the DISboards) of Medford, NJ said she enjoyed the course because four of the 6.2 miles were spent in two theme parks: Disney’s Hollywood Studios and EPCOT.  In Hollywood Studios, racers used a backstage entrance onto the Streets of America near Muppet Vision 3D, and then ran through Lights, Motor, Action! Extreme Stunt Show – where the runners could see their image projected on large video screens.  Mary Jo Collins (DISboards username TnMaryJo) ran the race with her daughter Emily, a 5th grader from Lenoir City, TN, who said, “I have never run a 10K before, so I was a little nervous about running six miles.  When we made it to Disney Hollywood Studios, I was so excited because the first thing I saw was the Muppets balloon.  I love the Muppets!  It was neat seeing me up on the big screen at Lights, Motor, Action.” 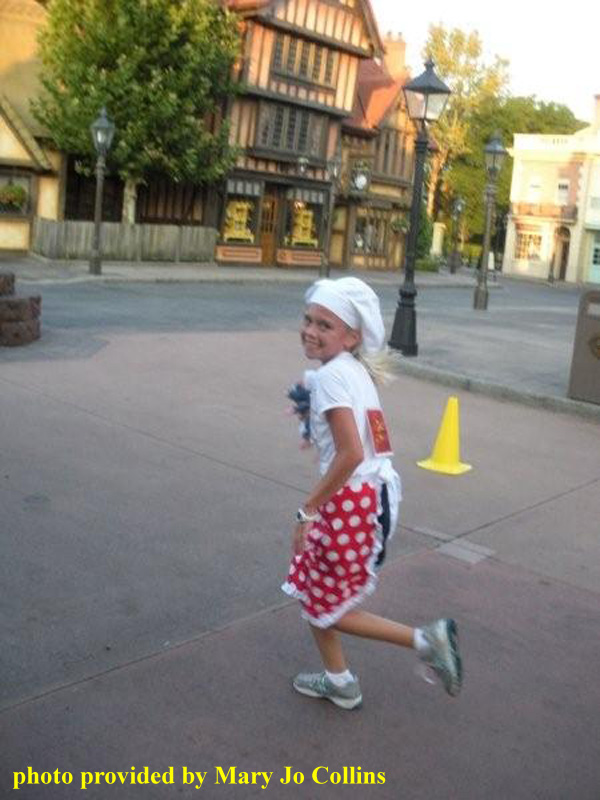 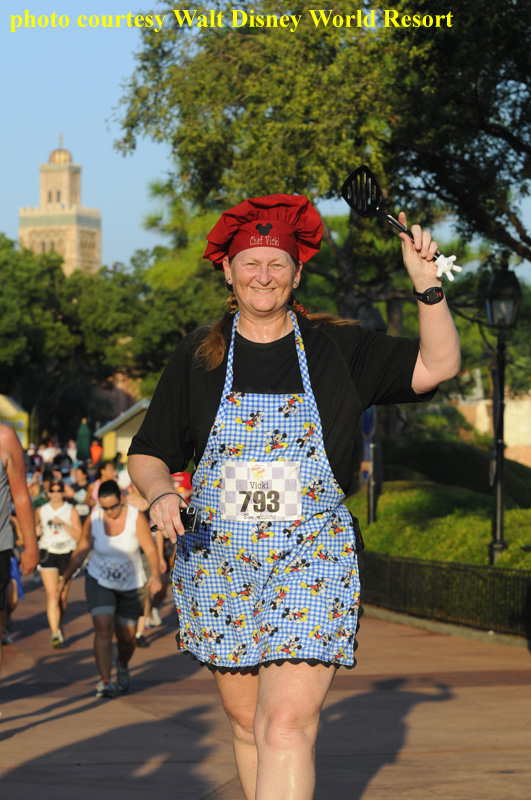 After Hollywood Studios, runners headed to EPCOT.  They completed the mile around the World Showcase counter-clockwise from UK to Mexico, over the bridge past the Odyssey Center, into Future World, and to the finish line.  When describing the final third of the race, Emily mentioned, “it really helped that the cast members cheered us on.  They really liked my chef’s outfit.  The best part though was when I got to hug Mickey Mouse when I crossed the finish line.”  [I wonder how sweaty Mickey got from all those finisher hugs?] 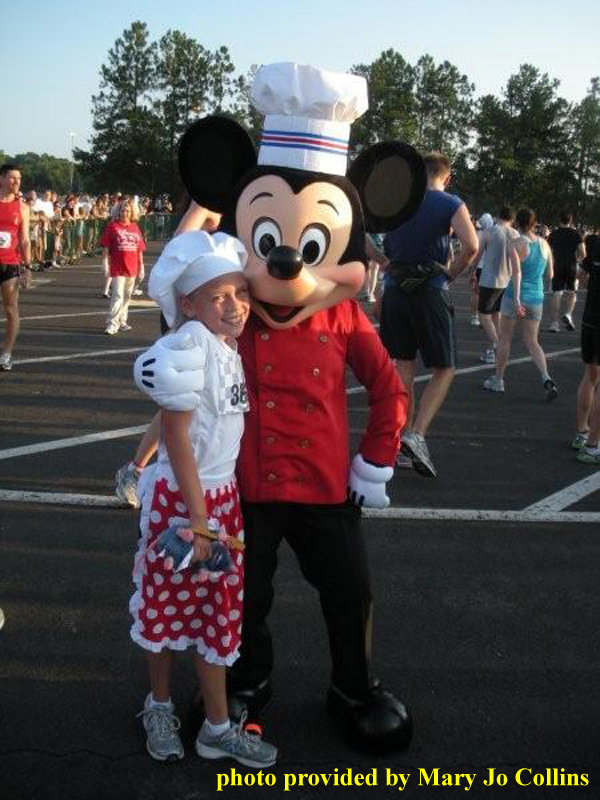 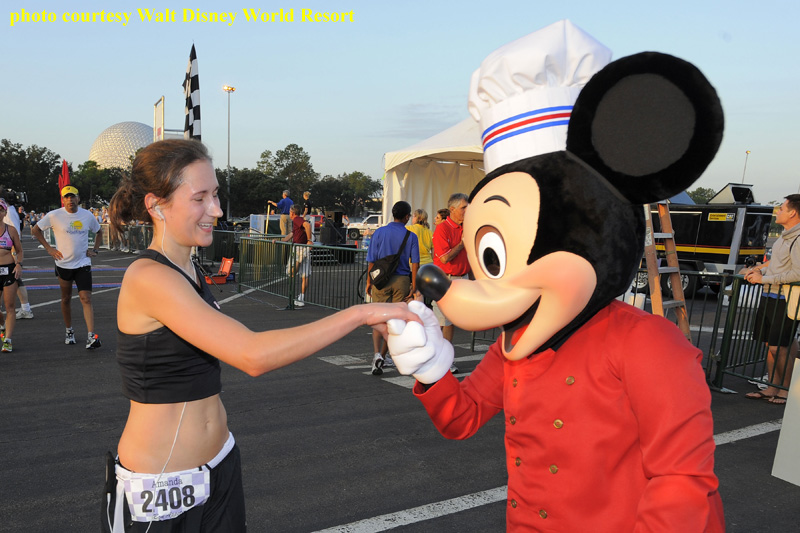 Once you crossed the finish line, the event was not yet over.  A picnic was laid out where finishers could sample selected food items from the EPCOT International Food and Wine Festival until 10:00am.  Your bib number had tear-off tabs you could exchange for food items at four different taste stations.  The stations included a rice chicken dish, beef empanadas, salmon, and strawberry shortcake.  Jen Buccigrossi said she was pleasantly surprised by the picnic, there were plenty of tables to sit and relax, and the food was tasty (even empanadas at 9:00 am).  Jen also said the food was plentiful as fellow racers were gladly sharing their tabs to exchange for the dishes. 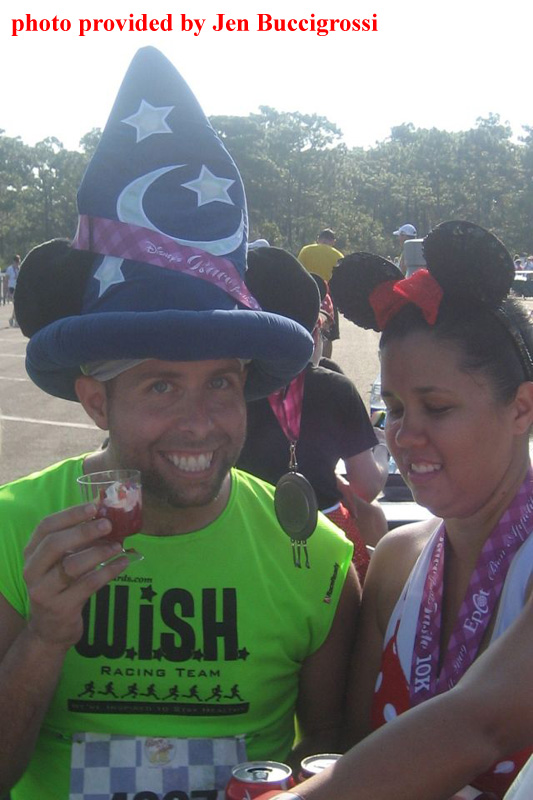 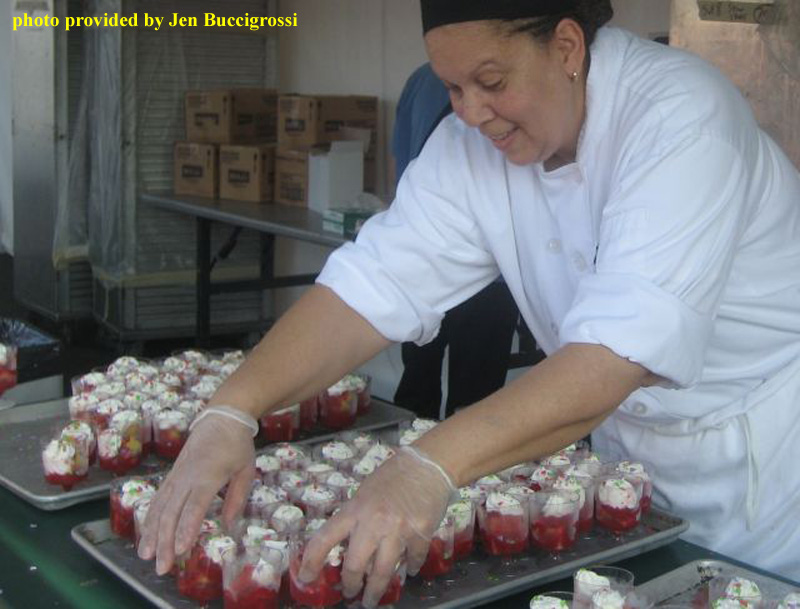 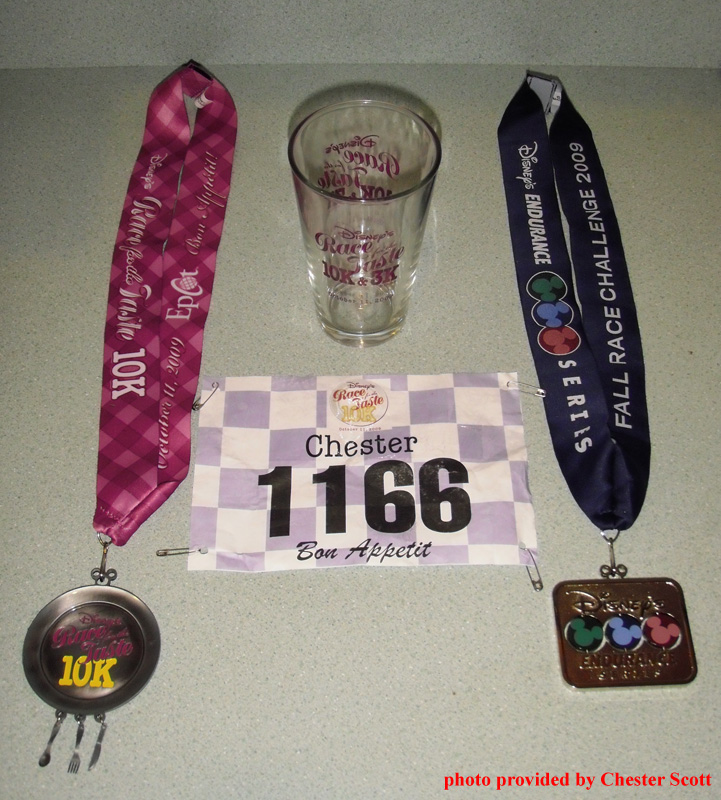 All and all, it sounds like a great sendoff for the Race For The Taste 10K, and many of the competitors are going to miss this event.  The Disney Endurance Series is planning a replacement for the Race For The Taste 10K and Tower of Terror 13K, and an announcement of the new race is anticipated later this week.  Based on Emily Collins’ response, “I would love to do more races at Walt Disney World.  It was a blast!”, I think Mary Jo better start saving for next year. 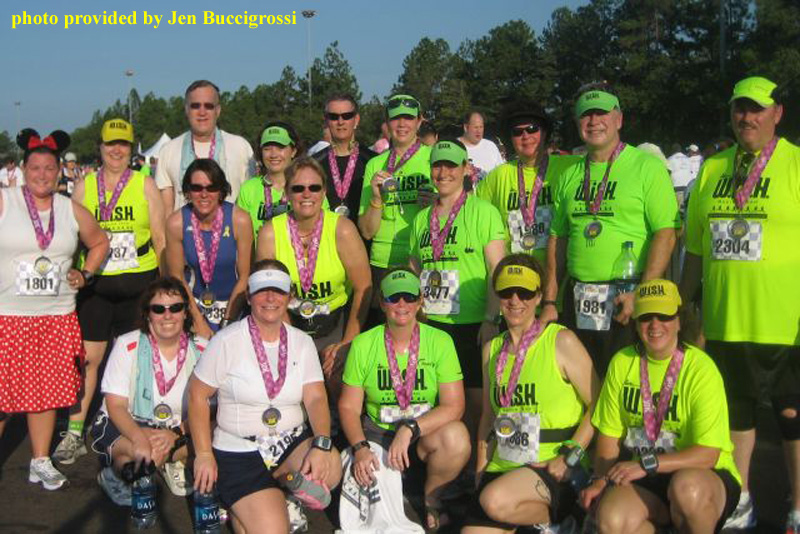 Were you one of the 4,000 runners in this last edition of the Race For The Taste?  What was your impression?  Please share your race reports and comments below.  Just log in with your DISboards username and password.