Saturday, September 26, over 3,500 runners gathered en masse at Disney’s Animal Kingdom to take on the sold-out Expedition Everest Challenge.  Unfortunately, as the evening wore on the weather turned treacherous and race officials were required to shut down the course due to lightning.  Many competitors who started in the rain could not complete the entire race.  The challenge was a 5k race through Disney’s Animal Kingdom, followed by an obstacle course, and ending with a scavenger hunt.  Disney also announced next year’s Expedition Everest Challenge will move from its September slot to June 12, 2010.  You can read details of this year’s version below, and find a review of last year’s inaugural race here. 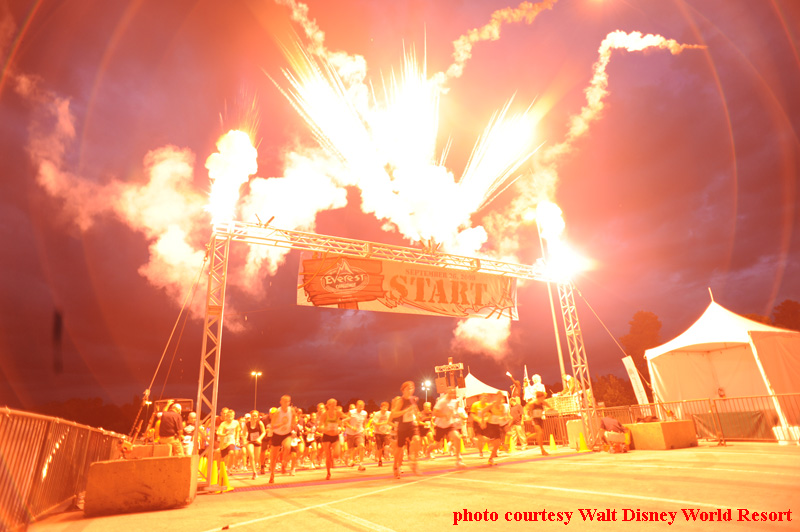 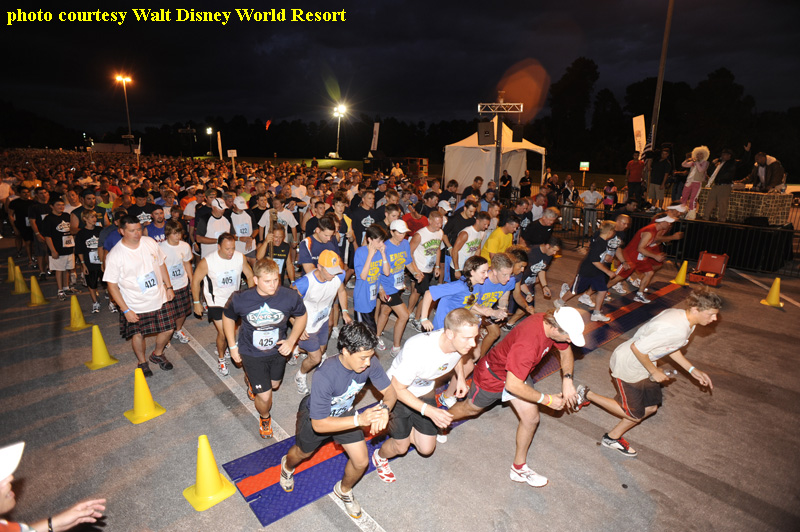 Chester Scott (username rKyDeX on the DISboards) from Sarasota, FL ran the race with his daughter Miranda, and gave us the racer’s perspective inside this year’s event.  Similar to last year, the race start was divided into waves with individual runners going off first.  The 5k started promptly at 7:30 pm, and each successive wave followed at five minute intervals.  Staging the race in waves helped prevent overcrowding on the race course, but also meant the final wave did not start until after the rain had begun.  The fastest of the individual runners completed the 3.1 mile course in around 16 minutes, before many of the waves had even started.

A little after 8:30 pm, as Chester and Miranda finished the 5k, a light rain started to fall.  During the obstacle course the rain began to intensify.  The first obstacle was a series of three 4-foot high horizontal beams to vault.  The second challenge was an 8-foot high “A” frame cargo net, third was a long balance beam, and the last was a 50-foot belly crawl under netting. 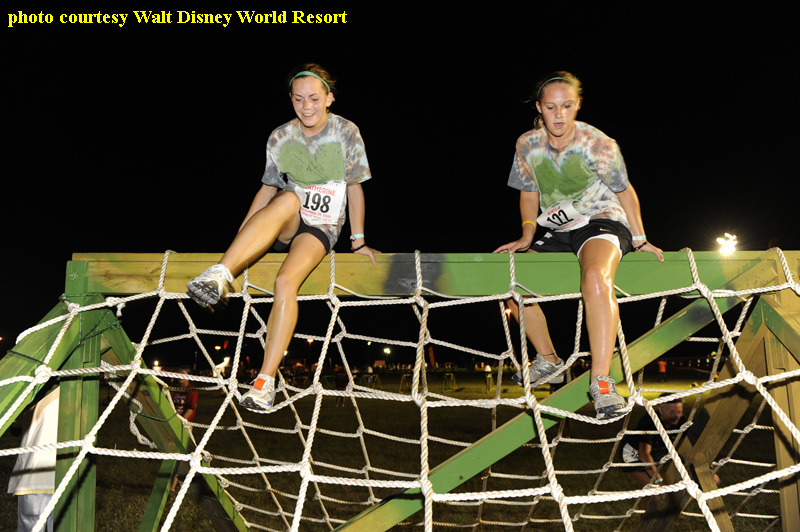 After the obstacle course, racers picked up a passport clue book for the scavenger hunt in the theme park.  By this time the skies had opened up to rain of Biblical proportions.  Large, pond-sized puddles formed in the walkways of Animal Kingdom.  The scavenger hunt clues were similar to last year’s inaugural race, and Chester said he and Miranda chanced it and guessed on the first two questions without going to the actual clue locations.  Once they completed all four questions, they headed to the finish line and had the passport checked.  Three out of four correct answers…  not too shabby for guessing on half the questions. 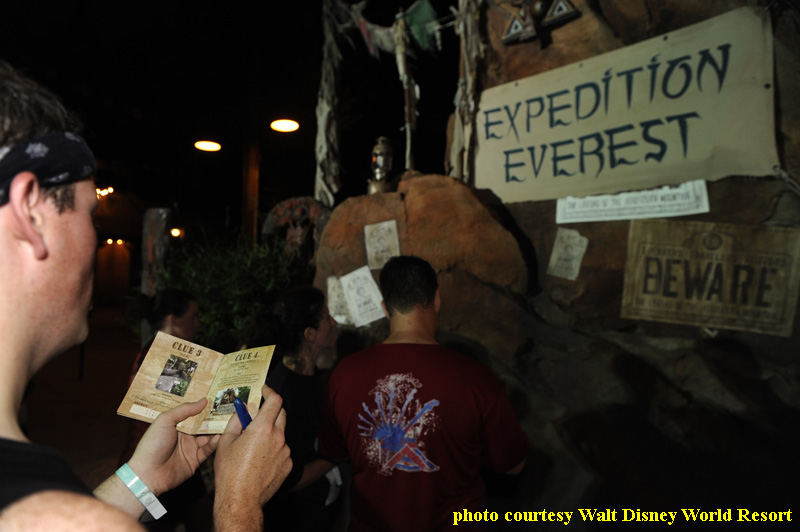 After Chester and Miranda finished the race, it was a steady, driving rain, and they did not stick around for the post-race party.  Instead, they opted to head back to their ark at Fort Wilderness.  As they walked to the parking lot, lightning storms rolled in, and they overheard the race was abandoned due to lightning for some of the later finishers. 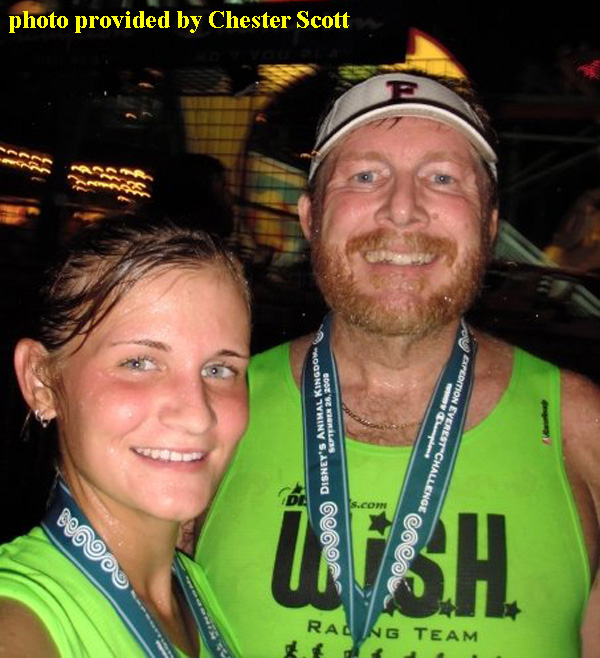 Sources at Disney’s Endurance Series commented that race officials were required to close the course at 9:15pm due to lightning, and participants still on the course were asked to proceed to the main entrance of the park.  Disney posted on their website that all participants who started the race will receive their finisher’s medal, and listed an e-mail address to contact them to receive your medal.  They also assured if you could not finish the Expedition Everest Challenge and are registered for Disney’s Race for the Taste 10k on October 11, you are still eligible for the new Fall Race Challenge medal upon completion of the Race for the Taste.

Next up on the Disney Endurance Series calendar is the Race for the Taste 10k on October 11 followed quickly by the Twilight Zone Tower of Terror 13k on October 24.  Next year the Expedition Everest Challenge will be moved from its traditional spot on the first weekend of the Food and Wine Festival to June 12, 2010, and Chester Scott says, “we are already looking forward to it.”

Did you run the race this year?  What do you think of Disney moving the race to June in 2010?  Please share your thoughts and comments below.