No One Has More Fun Than Yehaa Bob (Except Us)

I’ve said it before, Cast Members are what makes a vacation special at Walt Disney World.  Here’s another one of a kind Cast Member: Yehaa Bob.  If you have not yet caught Yehaa Bob’s (aka: Bob Jackson) show at Disney, you need to put this on your schedule for the next visit.  No, let me rephrase, you need to run, not walk, to Disney’s Port Orleans Riverside Resort to catch one of his shows.  Read on to find out why no one has more fun than Yehaa Bob (and his audience)… 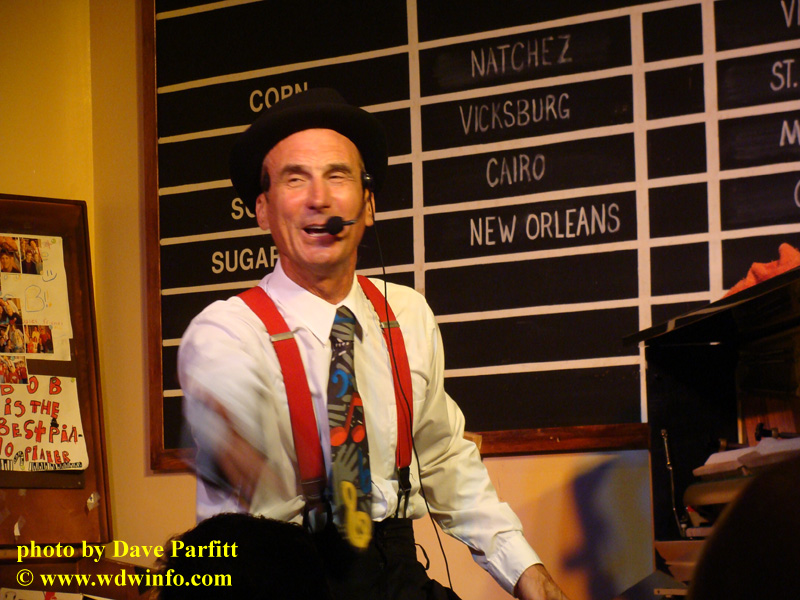 Bob Jackson is a fixture of the Orlando area.  He has performed in nearly all the Disney shows on property both past and present including: the Diamond Horseshoe Revue in the Magic Kingdom, Tarzan Rocks! at Animal Kingdom, and the Hoop Dee Doo Revue.  Bob has worked the other major theme parks in Orlando as well including Pat O’Brien’s in Universal CityWalk and the Seafire Inn at SeaWorld.  You can also find Bob playing at Auggie’s Jammin’ Bar at the Gaylord Palms Hotel in Kissimmee (he’s a busy guy), but it was his show at Port Orleans Riverside I wanted to see on this trip.  Bob Jackson has been performing this one man music/comedy/cabaret show in the River Roost Lounge four nights a week since 1997. 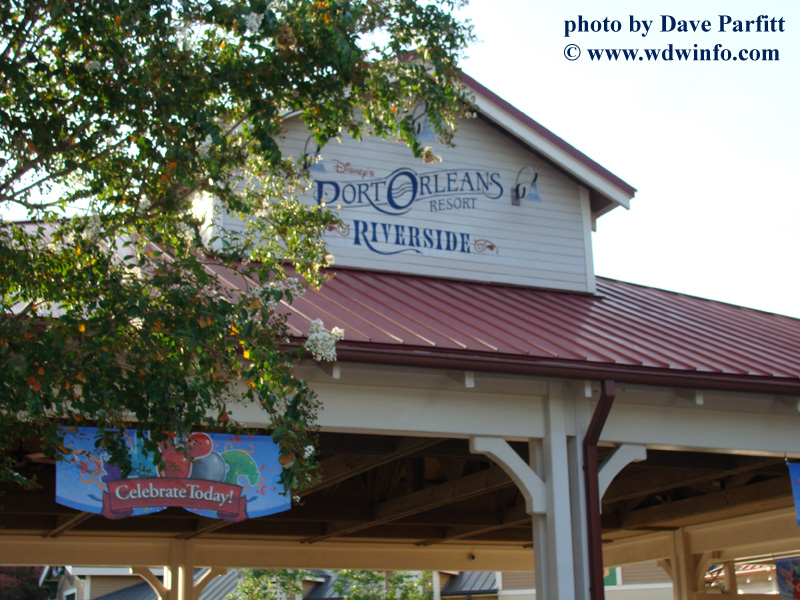 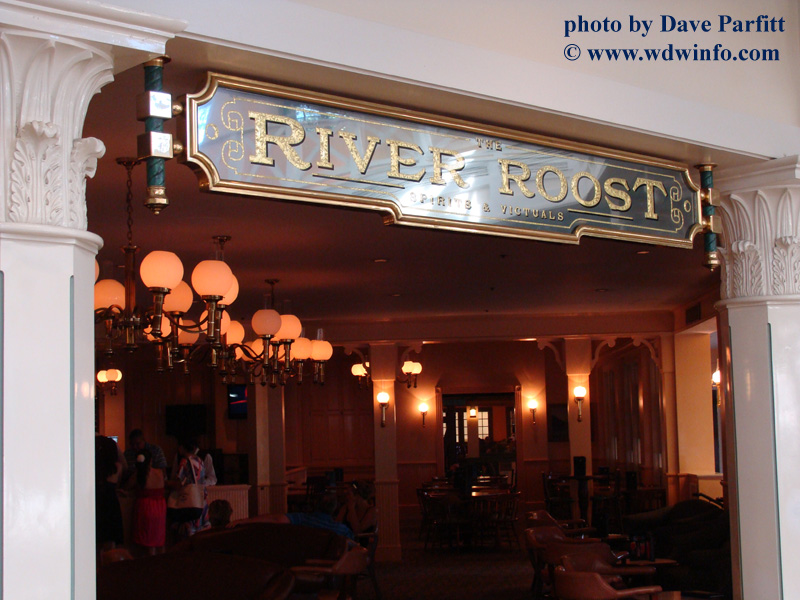 Before his set I was able to talk briefly with Bob.  He gave me a hearty “Howdy-Hi!”, and I was shocked at the number of personal connections I had with him.  Get this, Bob told me he is from Rochester, NY (me too!), it happened to be Rochester night (how cool is that?), and Dave was also his Mother’s name.  Simply amazing! What are the odds?  When I asked Bob to describe his show he replied, “Well it’s not very good.  It starts off slow, then it falls apart completely, and then it just dies.”  OK, I was starting to notice Bob’s tongue-in-cheek sense of humor.  The room was filling quickly, but Bob assured me he “could run these people out in about 10 minutes.”  It’s not high art you are going to find here, but I assure you it is incredibly entertaining.  I decided to let Bob prepare for his show. 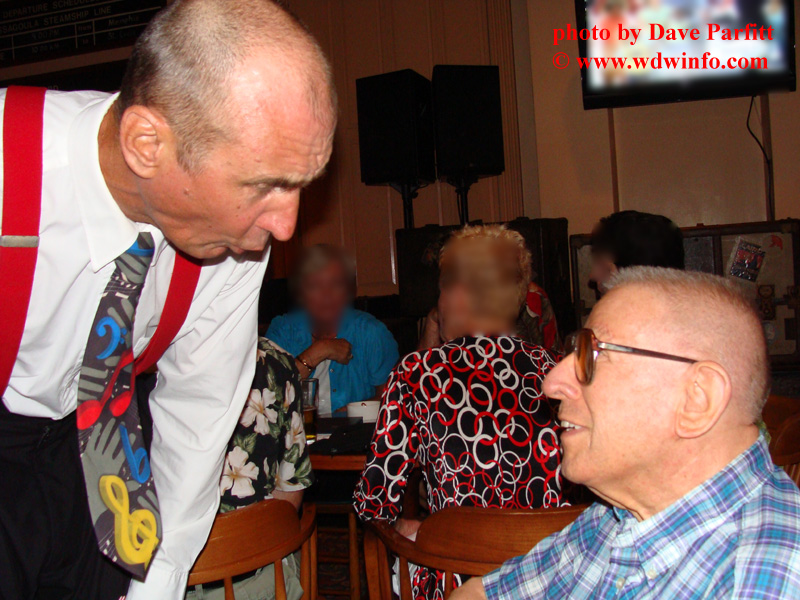 Once Bob is set up, he proceeds around the room meeting his audience and asking names.  It was shocking how many names Bob could recall from this quick tour of the room.  During the set he would call out to people, ask kids to stand on their chairs, and have people sing certain parts of the song.  Mind you, this is not done in an awkward way at all.  Bob uses his incredible memory to engage the audience, draw them in, make them part of the show, and most of all make them laugh. 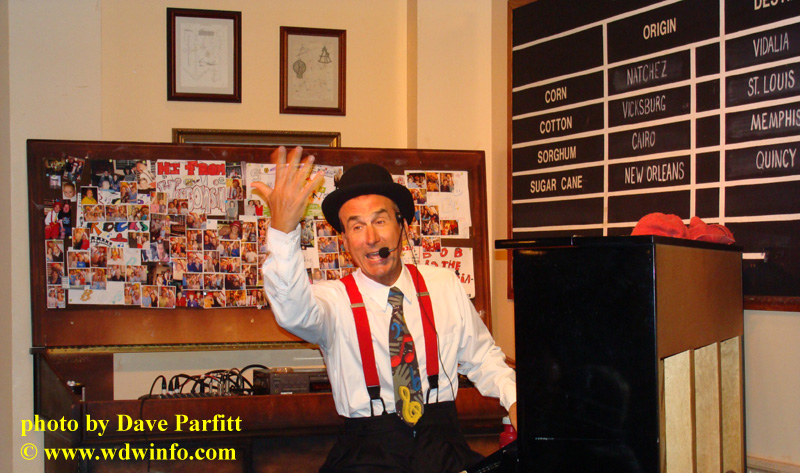 When Bob takes the stage, he gives the piano a shove to get it rocking, and furiously starts pounding out the tunes.  The show started off with “Don’t Worry, Be Happy”, and everyone joined in shouting out “Be Happy”!  Bob is an excellent piano player, and has a fine singing voice as well.  His enthusiasm is infectious.  During each song he’d continue to acknowledge the audience, and welcome new people arriving.  He has total command of his space, but how he attended to everything I’ll never know.  It seemed like Bob never took a breath between verses and songs.  Before you knew it, we were on to the Beatles “She Loves You (yeah, yeah, yeah)” and then John Denver’s “Country Roads”.  All of the songs are ones you’ve heard a hundred times, but they’re given a unique Yehaa Bob twist that breaths fresh life into them. 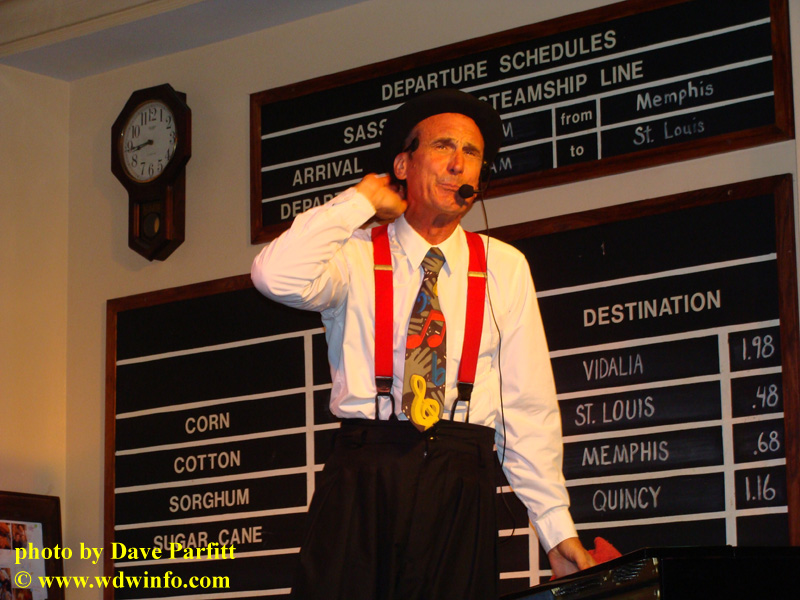 I give this show my highest recommendation.  It’s a can’t miss experience, and amazingly it’s entirely free.  Yehaa Bob performs Wednesday through Saturday starting at 8:30 pm in the River Roost Lounge.  To get to the show, make your way to Disney’s Port Orleans Riverside Resort.  To the left of the lobby, right next to the Fulton’s General Store gift shop, is the River Roost Lounge.  This is not a big space, and there are not a lot of tables.  My advice would be to arrive early in order to get a seat (some people arrive as early as 7:00 pm).  As soon as Yehaa Bob starts to play, the space is going to be packed.  I went with my Father, arrived around 7:30 pm, ordered some nachos to munch on, a couple of drinks, and just relaxed and chatted about our day. 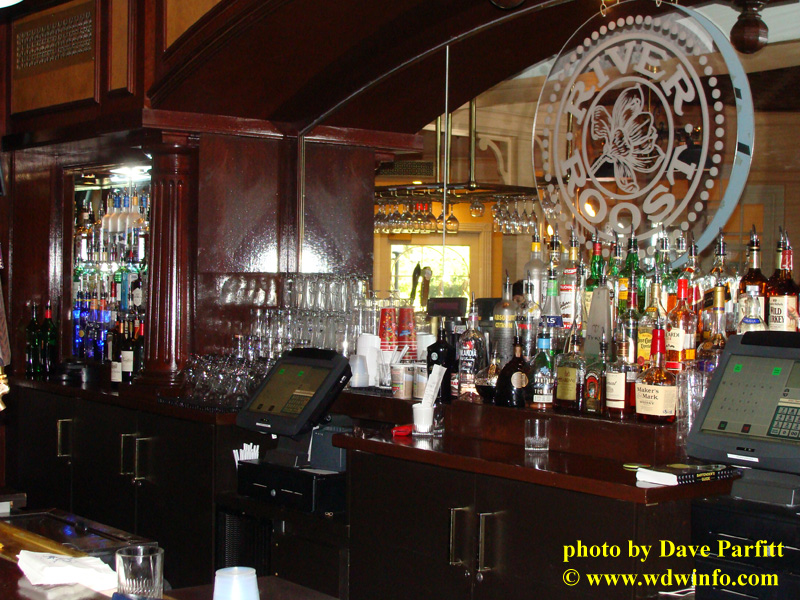 The River Roost Lounge is a full bar, but children are more than welcome here, and the environment is perfectly appropriate for kids.  I saw many families enjoying the show, with the kids enjoying some good-looking milkshakes.  The River Roost does not have a full dinner menu, but you can order some hearty appetizers.  When I asked our server for dessert he said they didn’t have any on the menu.  However, he encouraged me to walk down to the Riverside Mill food court and bring back whatever I liked.  So there’s no problem bringing in food from the Riverside Mill, as long as you were purchasing some items from the servers in the River Roost as well and not just taking up a table.

If you haven’t yet experienced Yehaa Bob’s show, you are definitely in for a treat when you do see it.  If you have seen the show, leave a comment below and let me know what you thought.  Thanks for saving a seat for me, Bob.  I’ll see you again my next time through the Port! 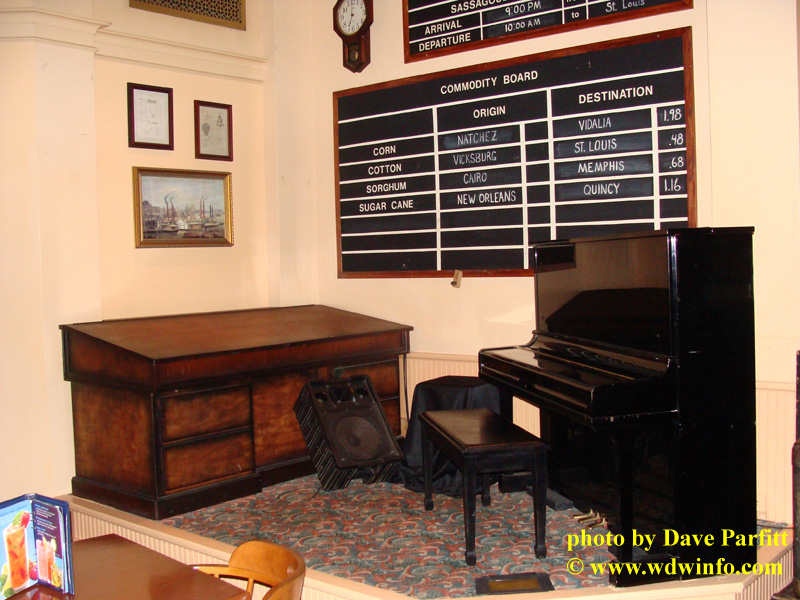