Today June 16 Cirque du Soleil set a new record for the number of people walking on Stilts.  There was a record crowd of 119 on stilts helping to set the new record.  The event was conducted outside Cirque de Soleil at Downtown Disney in Orlando. Similar events were held in eight other cities around the world. 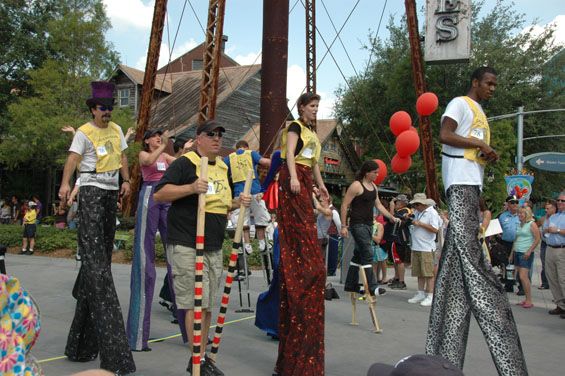 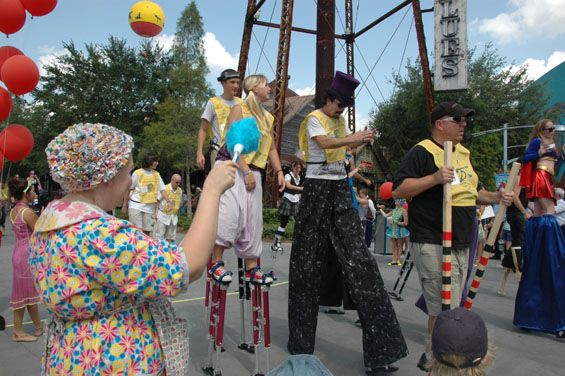 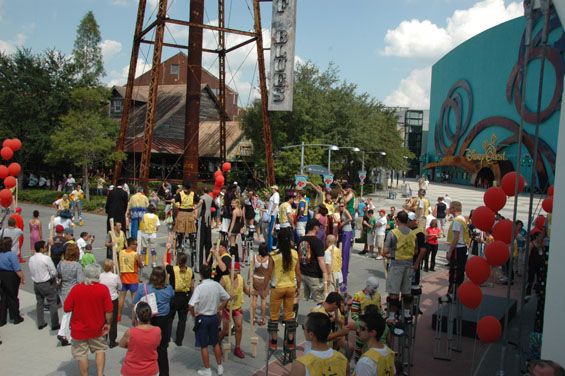 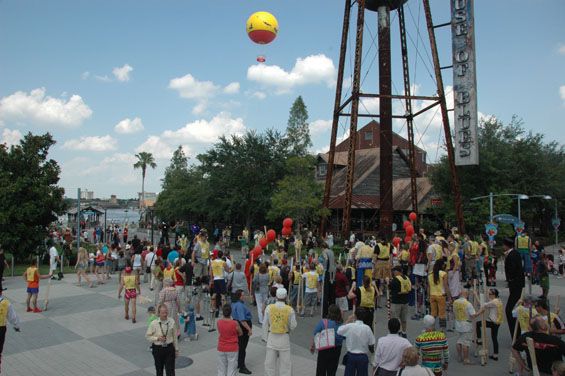 Orlando Mayor Buddy Dyer was on hand to proclaim today as “Cirque du Soleil Day.” Two other performers also set new Guinness World Records. The first performer flipped his bike around while standing on the wheel a record 63 times.  The second bicycle performer bounced his front wheel 108 times.  Until you see them try this you don’t realize just how hard it really is to perform these stunts. 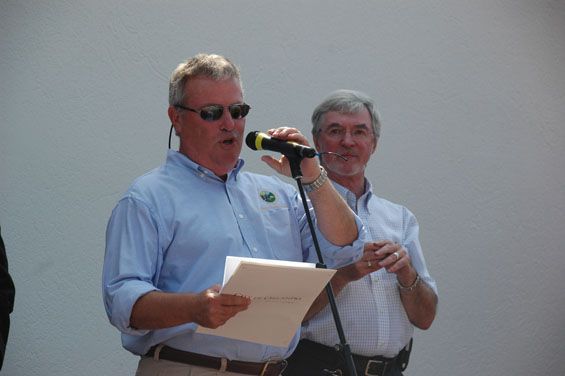 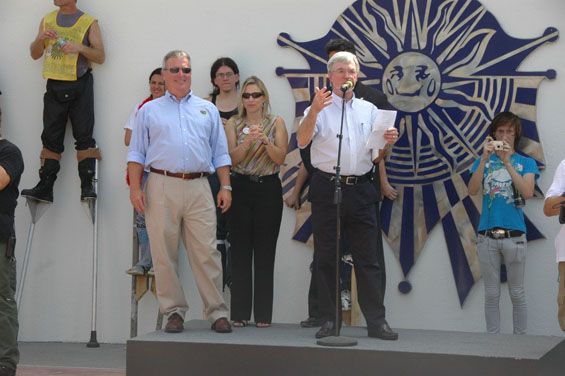 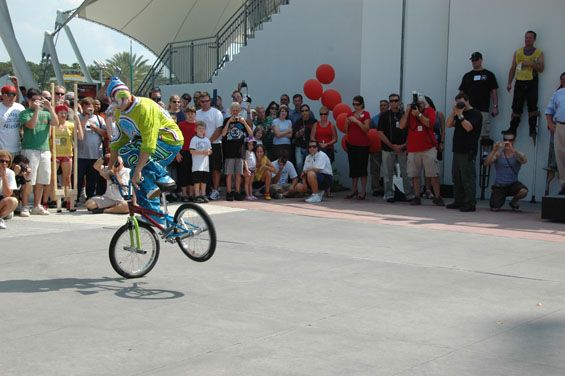 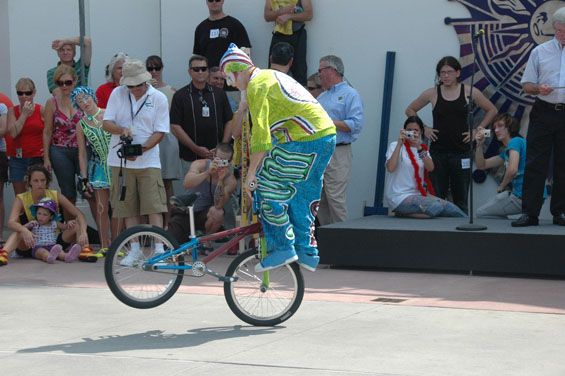 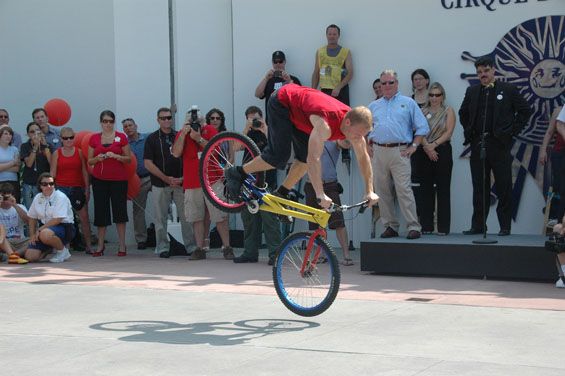 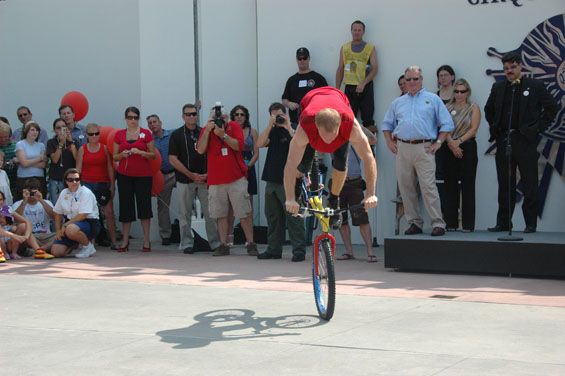 The final performer created a new record category by walking on his hands while on stilts.  He walked a record 119 feet down the path outside the theatre. 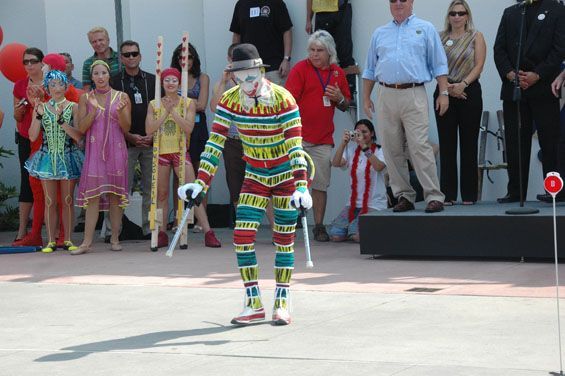 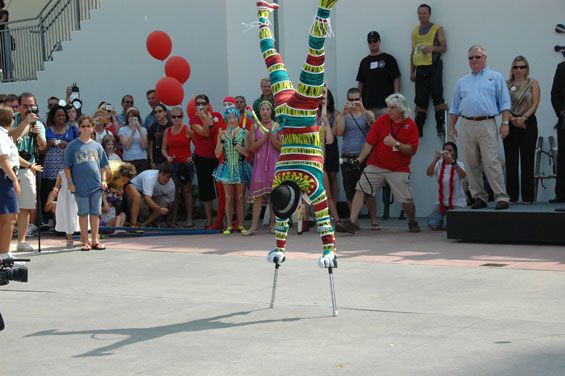 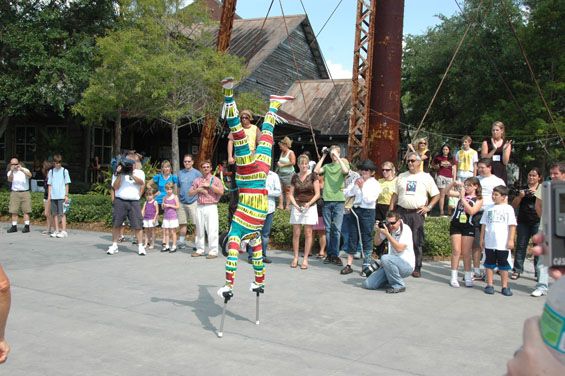 It was fun seeing all the performers cheering their fellow performers along with their record breaking attempts. 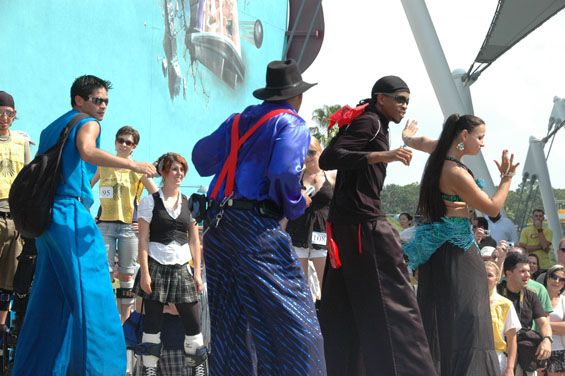 I hope their records stand for quite some time!