On my recent trip to SeaWorld San Diego, I was able to chat with one of the killer whale trainers, Jennifer Fuhs (pronounced “foos”).  Now I’ve observed animal behavior for parts of my career, but nothing on this scale – so I had a tinge of jealousy towards Jennifer.  However, I put that jealousy aside, and was very curious to hear how Jennifer ended up in her position, what her average day was like, and whether they were accepting applications (OK, not so much that last one).  Read on to learn more about SeaWorld trainer Jennifer Fuhs, how she got her incredible job, and whether life “under the sea” was all it was cracked up to be. 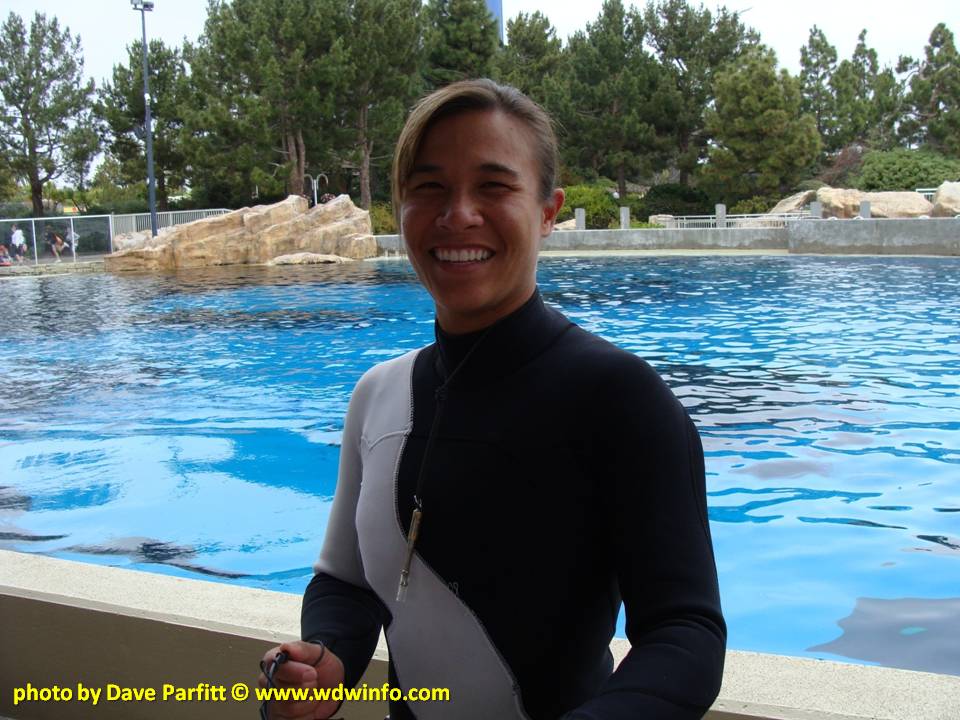 How does one become a killer whale trainer?
Like many of us, I’m sure, Jennifer had gone to Sea World, watched the trainers and animals perform, and wistfully thought – that’s a cool job.  However, along the way, she doubted she had what it took to become a trainer, and she gave up on the dream.  Jen went off to college at the University of California at San Diego to pursue a Bachelor’s degree in ecology, behavior, and evolution, but, typical for college students, she needed work to make ends meet.  Jen worked in SeaWorld’s education department for two years before she heard the siren song of animal training.  Unfortunately, there was a rigorous swim test required to become a trainer. Jen had an intense fear of drowning and figured she would fail miserably.

A friend stepped in, convinced her to try out for the position, and said she would help Jen train for the swim test.  They spent three months together training every day.  They practiced their swimming and did open water dives in the ocean until the test day arrived.  Of course Jen passed the swim test (or I wouldn’t be talking to her), but passing this test and becoming a trainer was a huge victory for Jennifer.  She worked her way up through the various shows and arenas at SeaWorld starting at seal and sea lion stadium for two years, dolphin stadium for two years, and now working with the killer whales for the past four to five years.  The SeaWorld position has changed Jen’s life, and passing that swim test was a victory she uses today to motivate other people to never doubt yourself or what you can do. 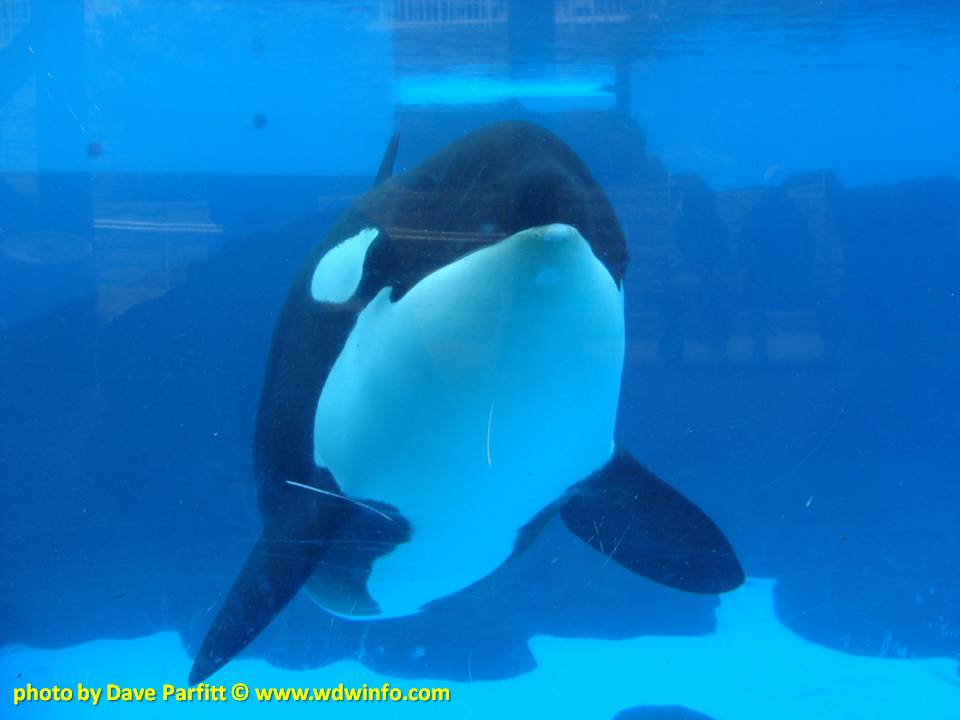 What’s a typical day for a killer whale trainer?
The day begins at 7:00am to prepare the diets for seven killer whales.  These animals consume half a ton of fish each day.  Jen says the job isn’t quite as glorious as people think it is.  A lot of her day is spent in the tanks scrubbing algae off the walls – to make sure the tanks look good for the guests and are safe for the animals.  There is a lot of physical labor involved in the job.  Training with the whales begins around 9:00am when the rest of the staff arrives and between shows when guests are not watching.  The trainer has full discretion and flexibility in the length and type of animal training done – they can exercise the whales, teach them something new, or just hang out with them.  The final part of the day consists of the shows.  There are a number of different shows throughout the day including two performances of the SeaWorld signature Shamu show “Believe”.  After the last show there’s a little time left for some more training, and then it’s time to clean up and go home. 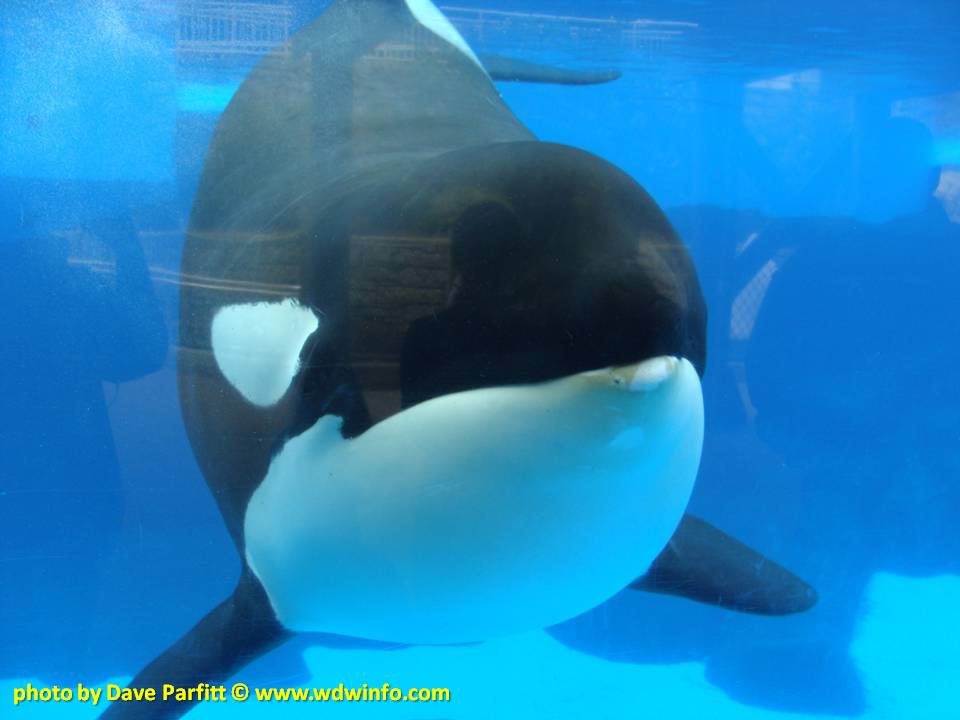 Jennifer says you develop a very close relationship with the killer whales and learn their likes and dislikes.  Some whales will be as energetic as a little boy playing on a playground, running around doing everything he possibly can, while other whales just like to sit and hang out with their trainers.  For example, Jen says she spent 30 minutes with a whale that wanted to do nothing but lay there – like a big cat.  The whales definitely have different attitudes and personalities.  The relationship the trainer develops with the animal is important to understand how the animals respond to a session.  Thus, even time spent sitting with the animals is important to learn the whale’s body language and pick up signals for whether the animals are interested in training or not.  It is obvious there is a very close relationship between the killer whale and Jennifer.  One example of this was when she took me to an underwater viewing area to get a good look at the killer whale.  The killer whale instantly spotted her trainer from the other side of the tank, swam all the way across the pool to get as close as it could to Jennifer, and proceeded to do tricks for her trainer without any reward whatsoever. 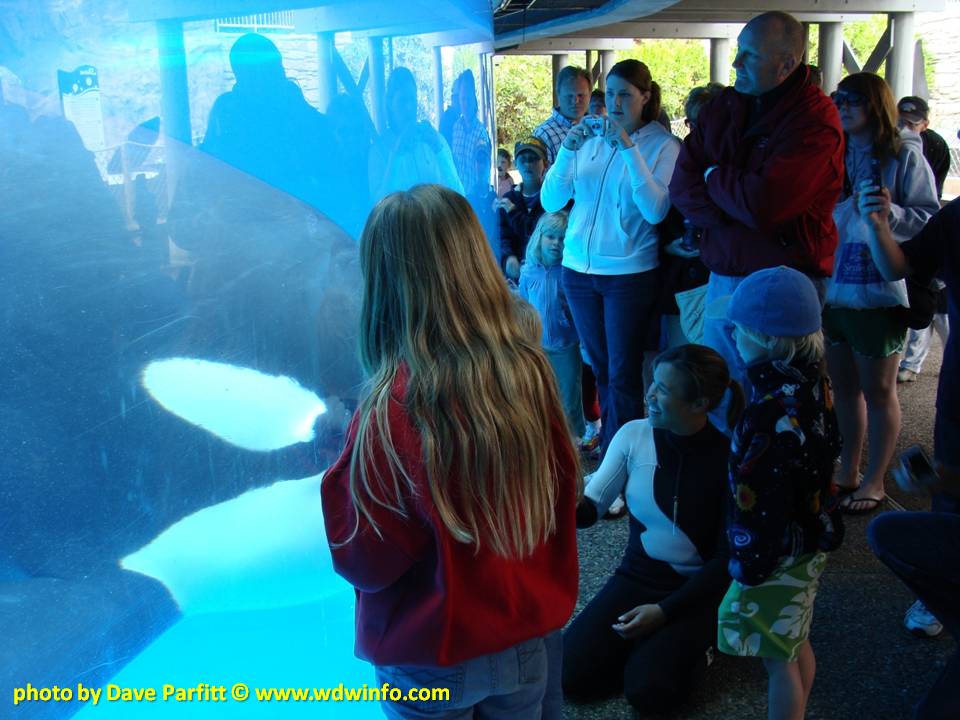 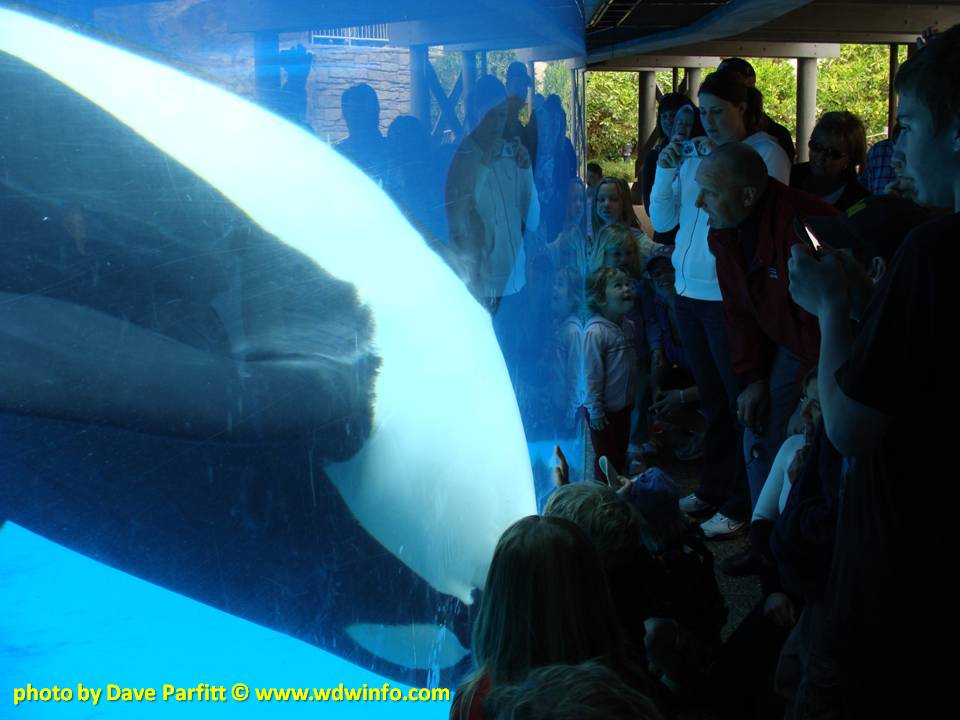 The intelligence of the killer whale
The trainers work hard at SeaWorld to ensure all the animals have enriching and stimulating lives.  One way they do this is to keep them interested in their surroundings and environment.  For example, in the tank I saw there are large rocks on the bottom for the killer whales to rub against, scratch and give themselves a massage.  Some of the more intelligent whales will even watch video screens, and the trainers will show movies on the screens for the animals to watch.  [I should have asked what the whale’s favorite film is…]  One whale even watched a special movie on the screen after giving birth at SeaWorld.  She gave birth in captivity at 7:00am, and for the first show of the day at SeaWorld the trainers presented the new baby to the guests in the park.  During the presentation, they showed the video of the whale giving birth.  At that point, the mother stopped in the middle of the pool in order to watch the video of herself giving birth.

Jennifer ended our conversation with another story that once again illustrated the bond between trainer and animal as well as the intelligence of the killer whale.  During a training session with the whales, Jen practiced jumping.  The particular jump was known as a “hydro” – one of the whale’s most spectacular behaviors.  For this stunt, the trainer stands on the whale’s rostrum (or nose), the whale jumps, and propels the trainer into the air.  During the jump, Jen’s foot slipped off the whale while she was 15 feet or more in the air.  At this point, the 8,000 pound whale stopped her body and turned in mid-air in order to avoid landing on Jennifer.  They are truly amazing, intelligent creatures.  If you get the chance – go see them, but also take some time to talk to the trainers, hear their stories, and learn just how close the trainers are with their animals. 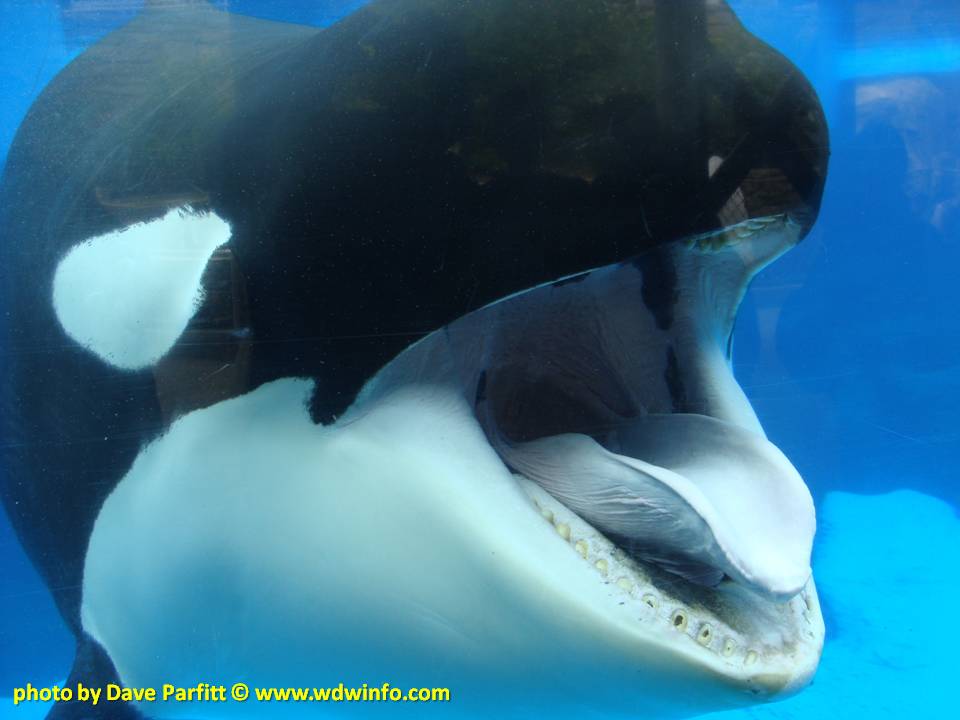