Let me start by saying that I am not a rollercoaster enthusiast, but I could not wait to try Manta at Sea World, so for the soft opening, my niece and her friend Tiffany, who consider themselves rollercoaster aficionados, accompanied us as the experts and this was as good a reason as any to skip school, so I enlisted their help. 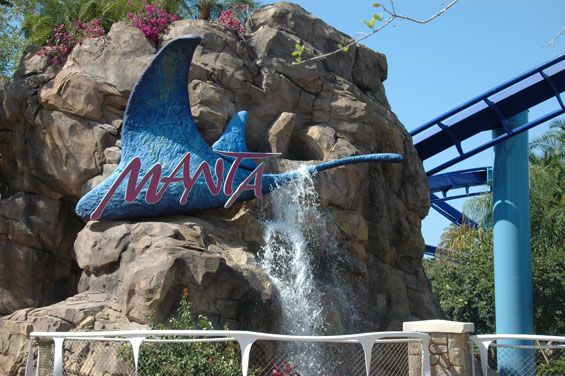 When we arrived, I went into a gift shop to get sun tan lotion when I overheard an employee talking about the opening of Manta in detail. He was explaining how things were going to run during the opening with military precision. As I stood outside talking to Teresa, and the girls, the employee I had overheard came up and started talking to us about Manta.  His name was Jamal and he talks about Manta with the same fervor most people reserve for politics or religion. He explained how at least 1000 hours had to be logged on the attraction before it could be opened to guests.  This was done by employees, family members and the engineers and crew who constructed the ride and their family members. He had been on the ride at least 16 times and explained all the awesome attributes of the attraction. He said it was so good, he guaranteed that we would ride it and immediately get back in line to ride it again.

As we walked around, I randomly asked employees what they thought and they all thought it was the best roller coaster ride in Orlando, but then they were all confessed roller coaster geeks. I finally found a non-enthusiast like myself and she said that she loved it and had convinced other skeptics to try it and they liked it as well. 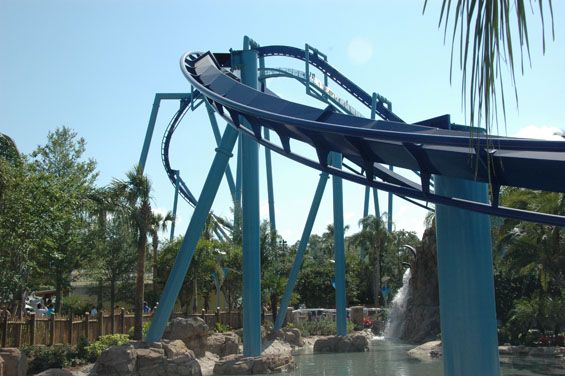 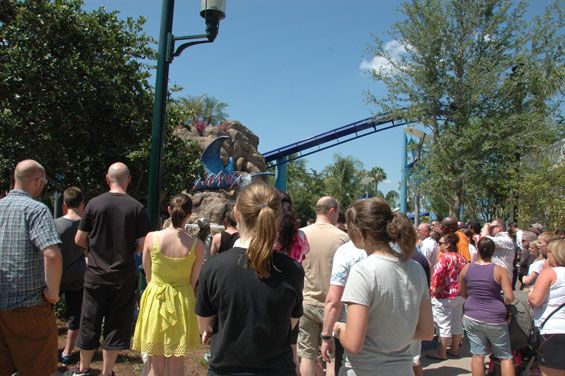 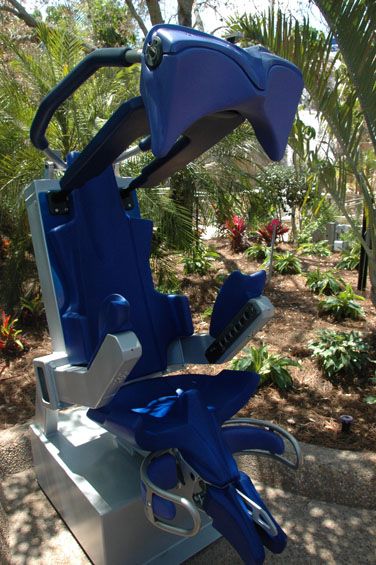 Of course, the most unique aspect of this ride is the riding position. You sit down, pull the restraint which also positions supports for your ankles then the seat pivots so your legs go back and you are leaning forward. You are not in a flat horizontal position as I originally thought. The restraint is very padded and supportive, so you are comfortable while in the horizontal position. Then you start your assent. For me this was the scariest part. You go 140 ft. into the air while facing forward with nothing underneath you. I do not have a fear of heights but I was starting to freak. Once you pass the crest, you go through loops, twists and turns. At one point, it dipped so close to the water that I thought the wing had actually gone under water (jets actually spray water up towards the wing). You can put your hand out and touch the water. You can also put your hand in the water fall as you speed past. The ride reaches speeds of 56 miles per hour. 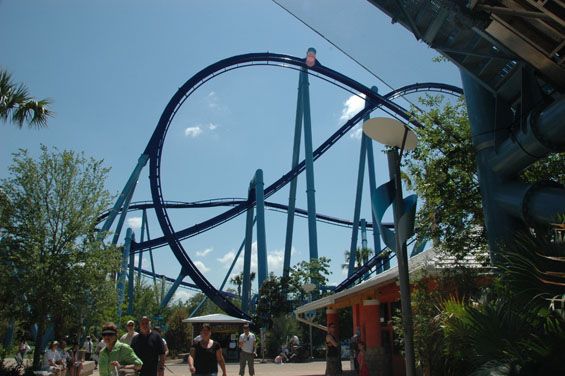 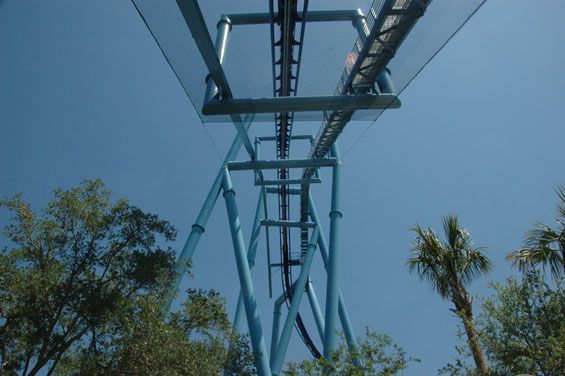 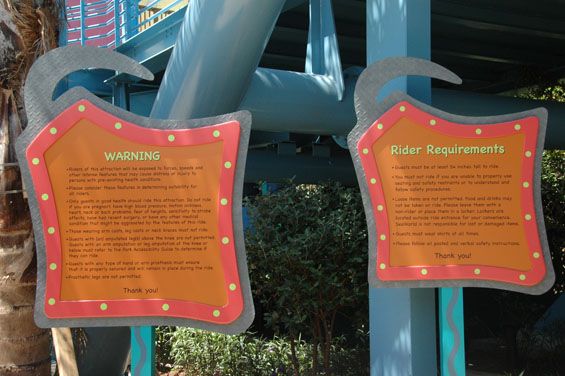 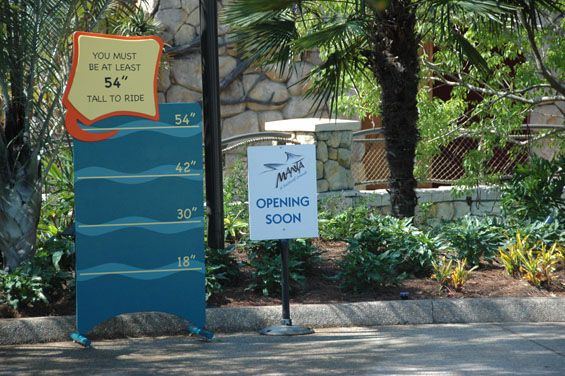 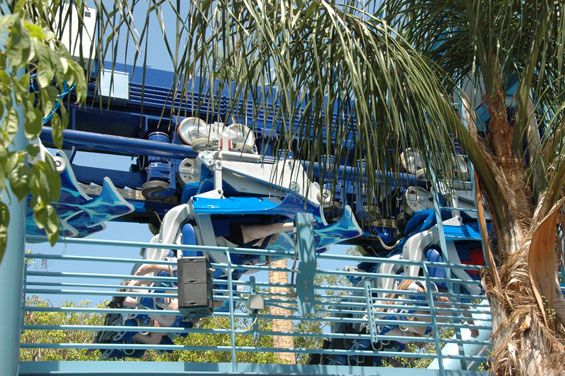 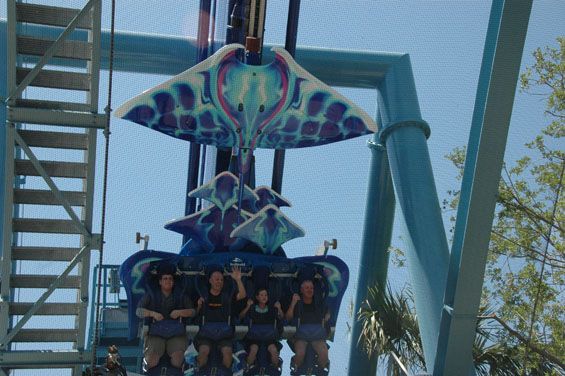 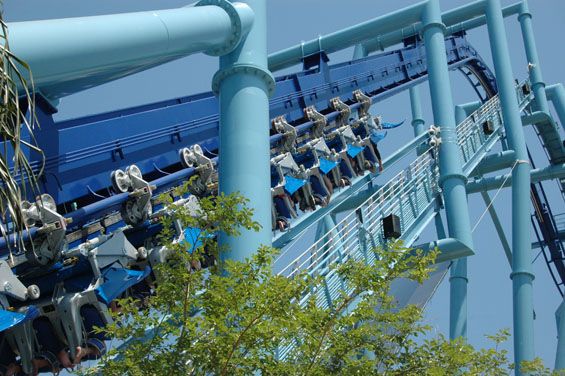 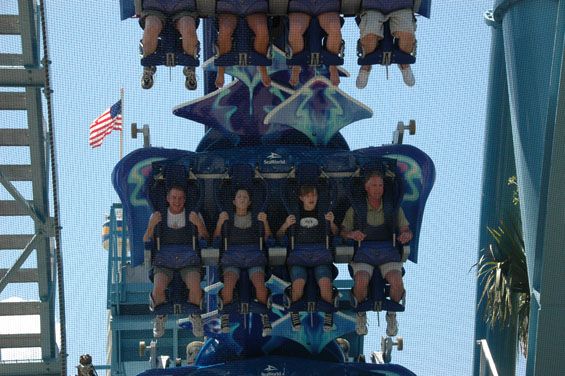 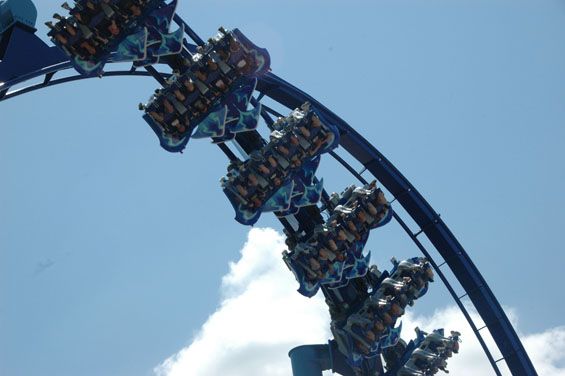 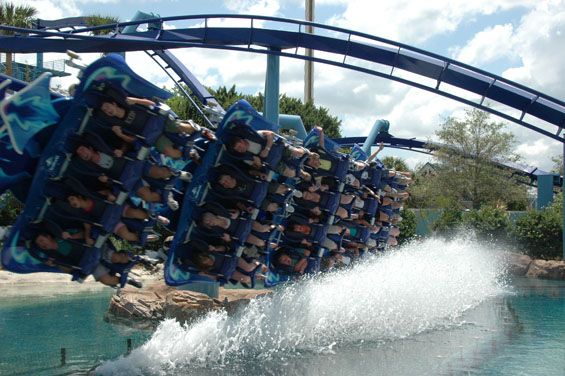 The ride is incredibly smooth but I think I would compare it more to an F-16 and not the denizen of the deep for which it is named. It was a wild ride but as predicted, once we exited the ride we went straight for the entrance again. Grace and Tiffany have been on all the local coasters and both agreed that it was their new favorite.
The soft opening will continue daily at 12 noon until the grand opening on May 22, 2009.
I think that Sea World has a hit on their hands.