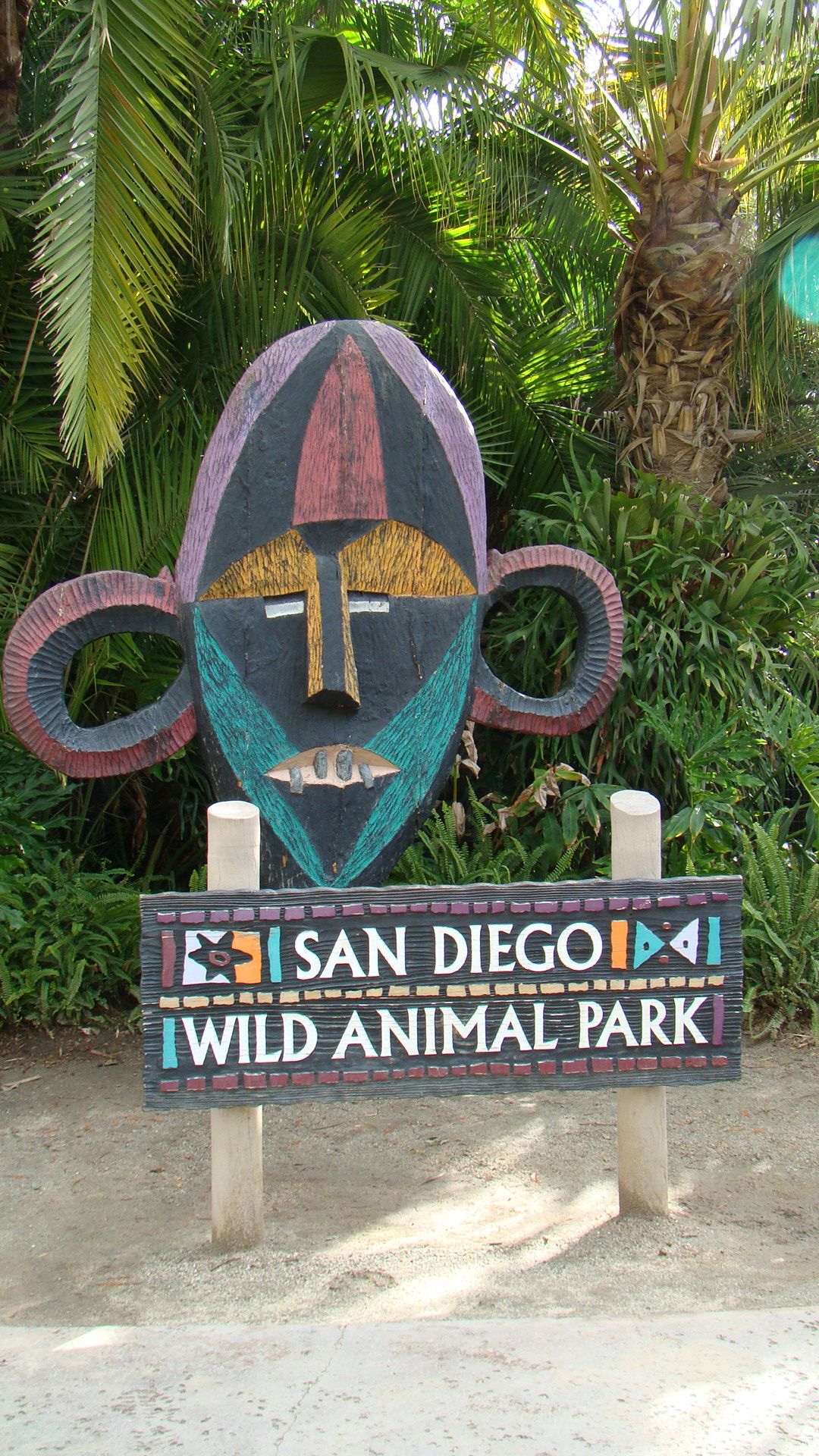 On our last visit to Southern California in April 2008, Walter and I took a trip to the Wild Animal Park in San Diego – part of the San Diego Zoo.  I figured that since Walter is such a good sport about being dragged thru any number of Disney theme parks on either coast, the least I could do is spend a day doing something that he’d enjoy.  Little did I realize that I would fall in love with the place as well.

So, this trip I was the one insisting that we make time to visit the park.  As I expected, we had a great time. 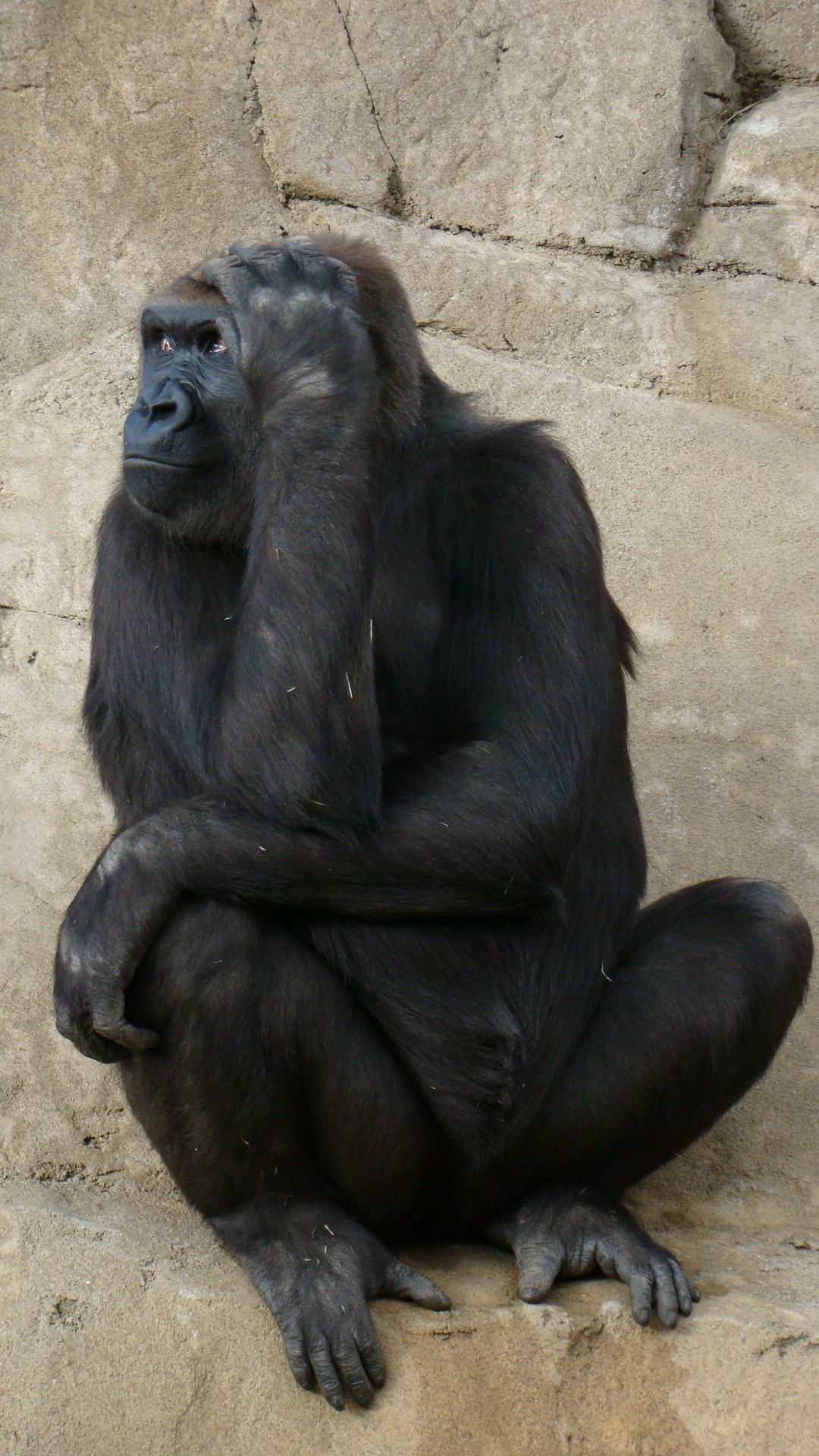 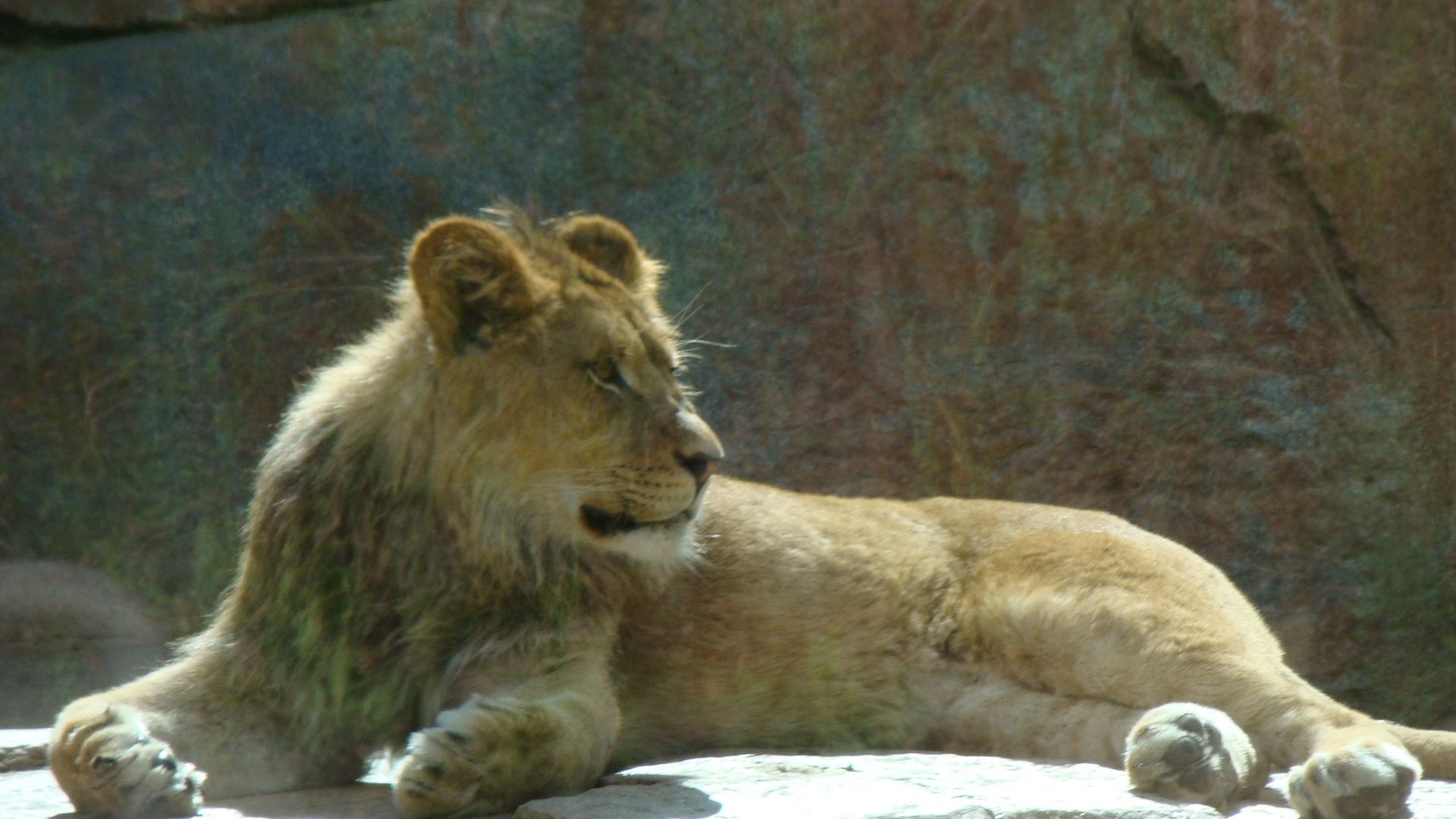 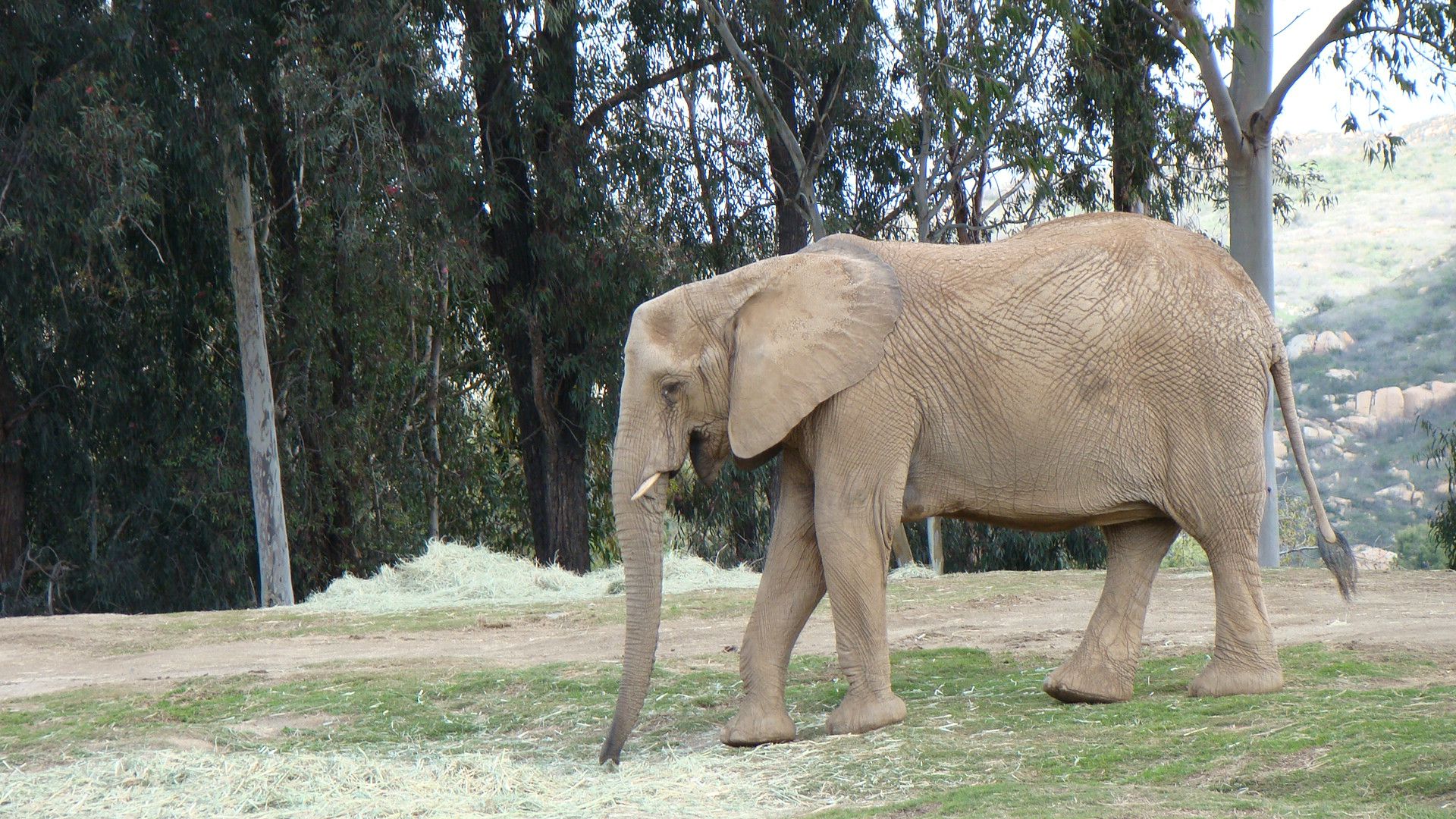 The park is large – VERY large, and requires quite a bit of walking to navigate.  In fact, if you were to walk all the trails offered it’s about 4.5 miles of walking.  This isn’t too bad during off season when the weather is cool, but during the warmer months, this park can be oppressively hot.

The park houses over 3500 different types of animals representing more than 260 species  You’ll find everything from exotic birds to lions and elephants – even a close up look at the endangered California Condor. 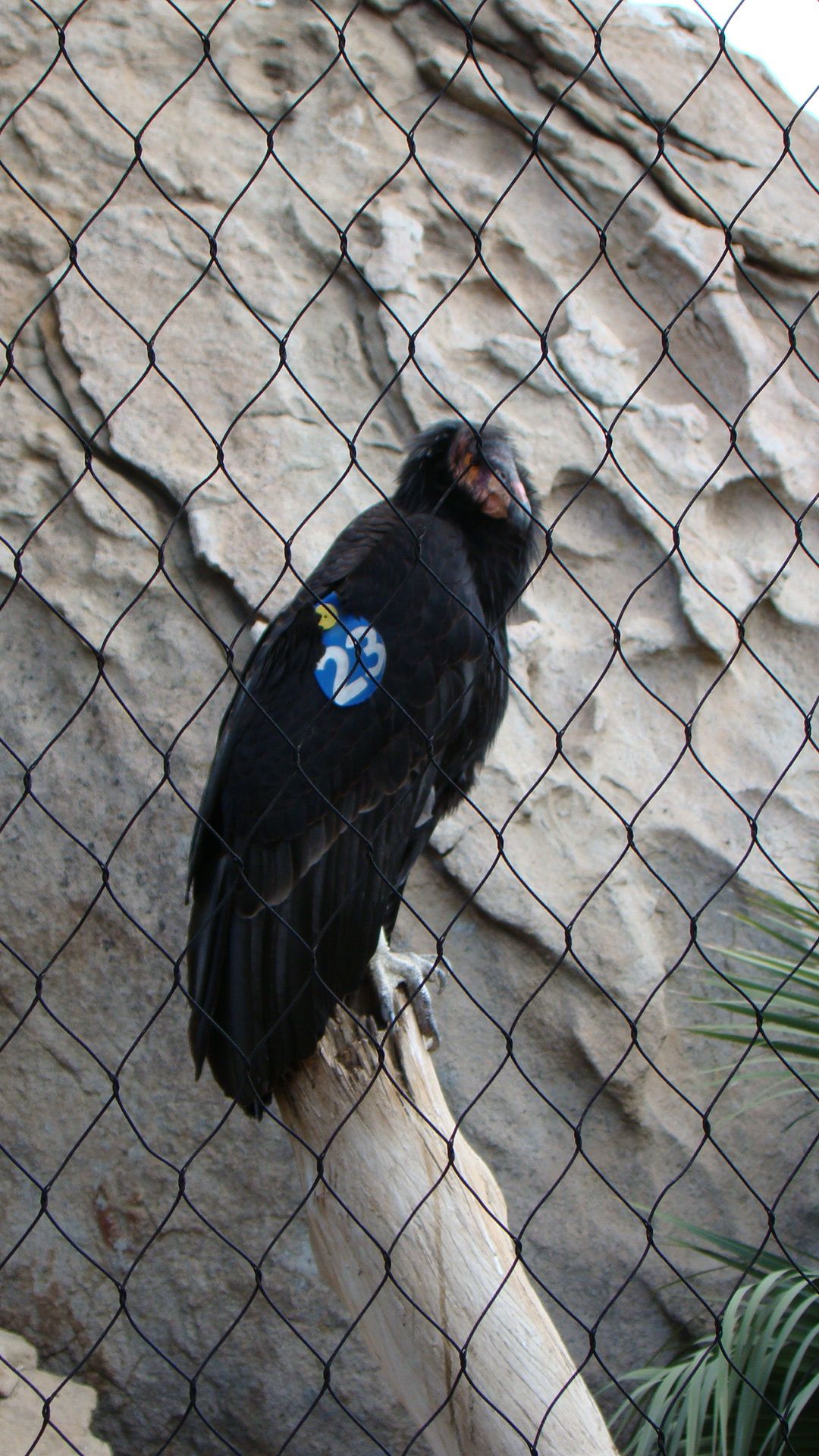 One very cool feature at this park is that they offer overnight camping during certain times of the year. 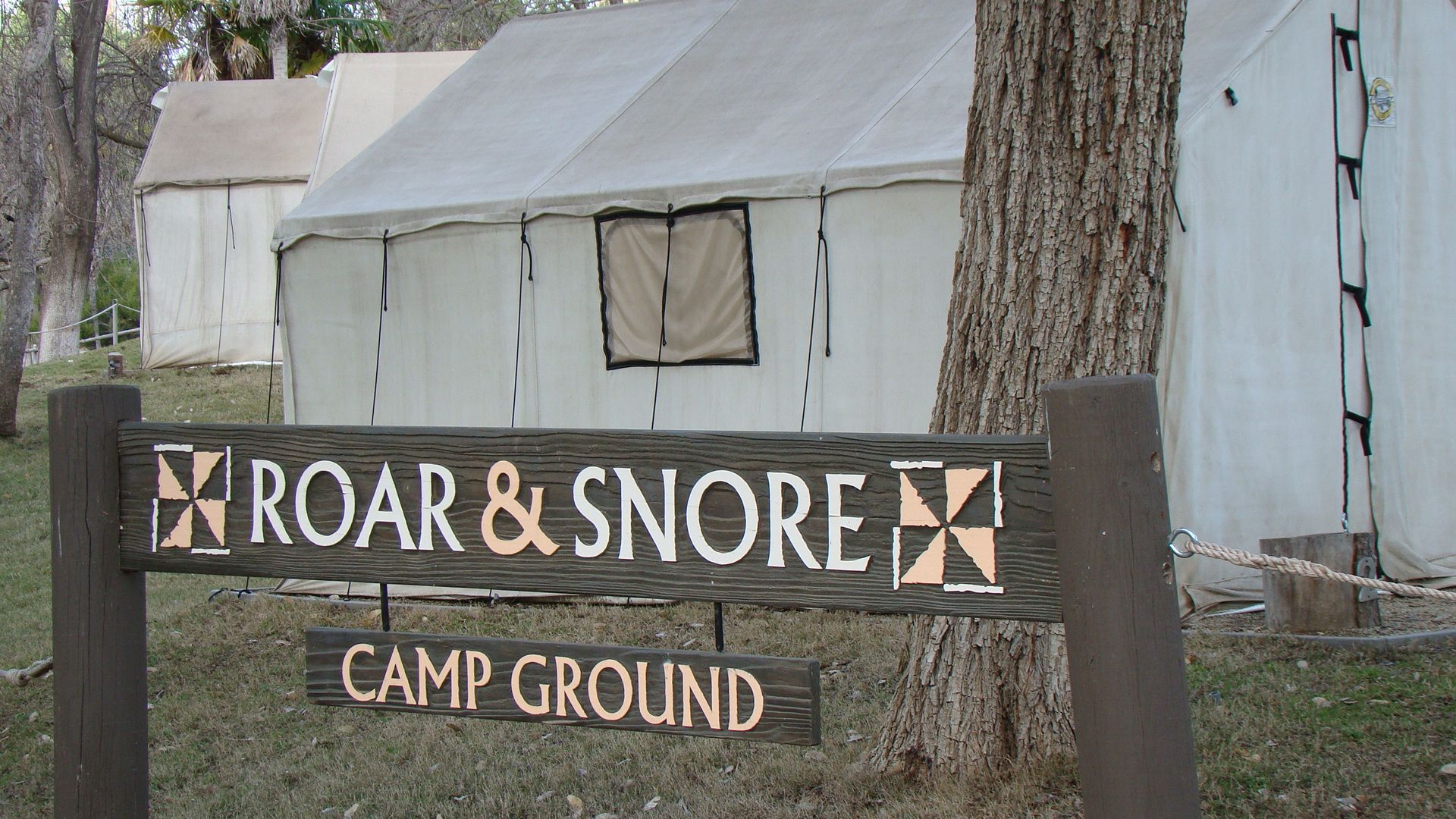 There are several options for camping out – prices range from $109 to $200 for “premium” sites (which mean they include electricity).  Walter is fond of the idea of doing this, I on the other hand, am not. The campsites overlook various areas of the park with premium sites giving you an excellent view of the elephant exhibit.  For more info on the campsites visit:  http://www.sandiegozoo.org/calendar/wap_roar_and_snore.html

Another offering at the park (for the certifiably insane) is the tethered balloon ride.  This is where they take you up about 400 feet in a hot air ballon that is tethered to the ground via a steel cable.  Walter has been talking about this for nearly a year, so there was no chance of stopping him from doing it.  I’ll go on the record now as someone who has a terrible fear of heights – even the thought of doing this makes my stomach turn, but Walter does not suffer from such a phobia, so up he went. 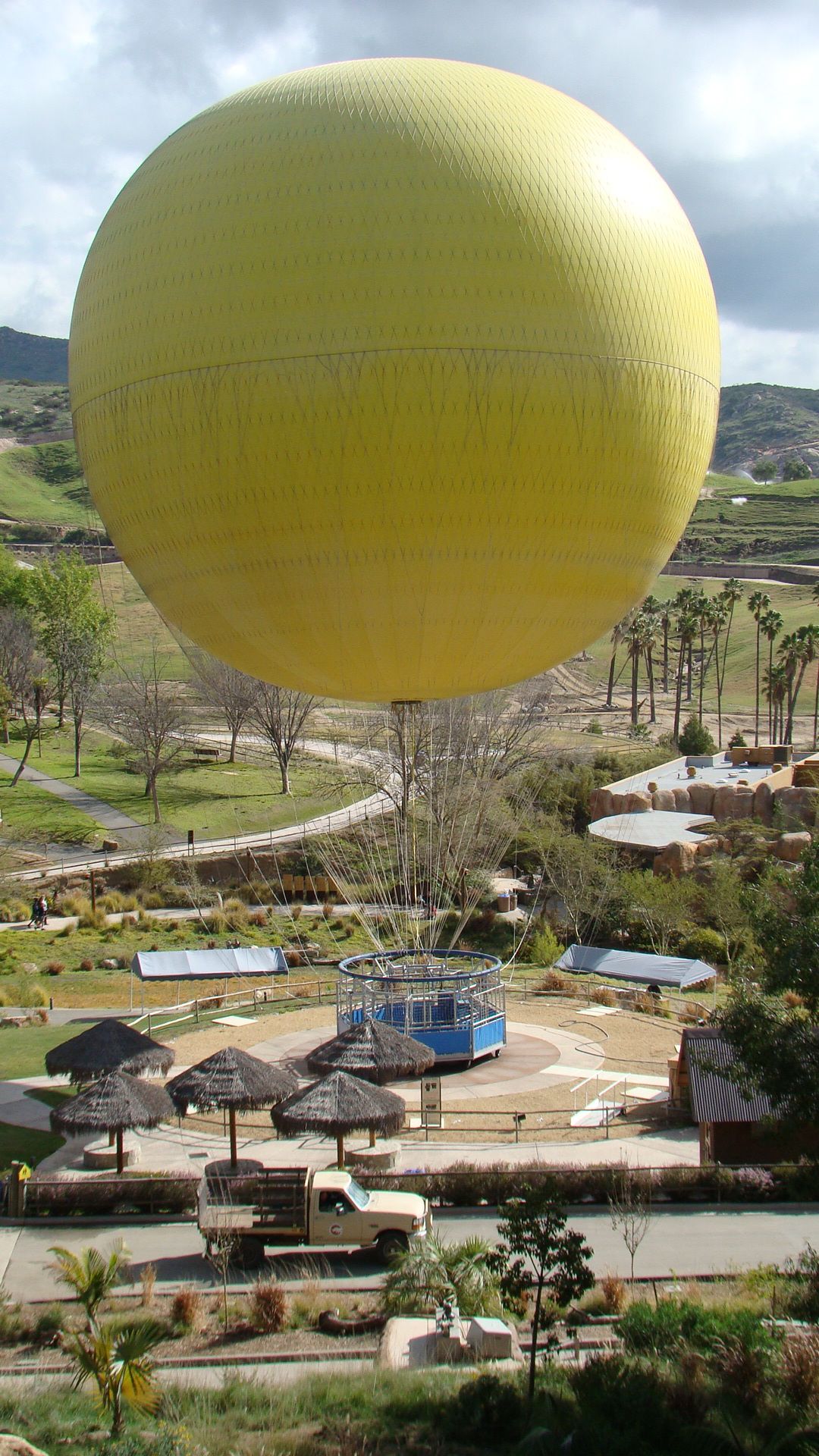 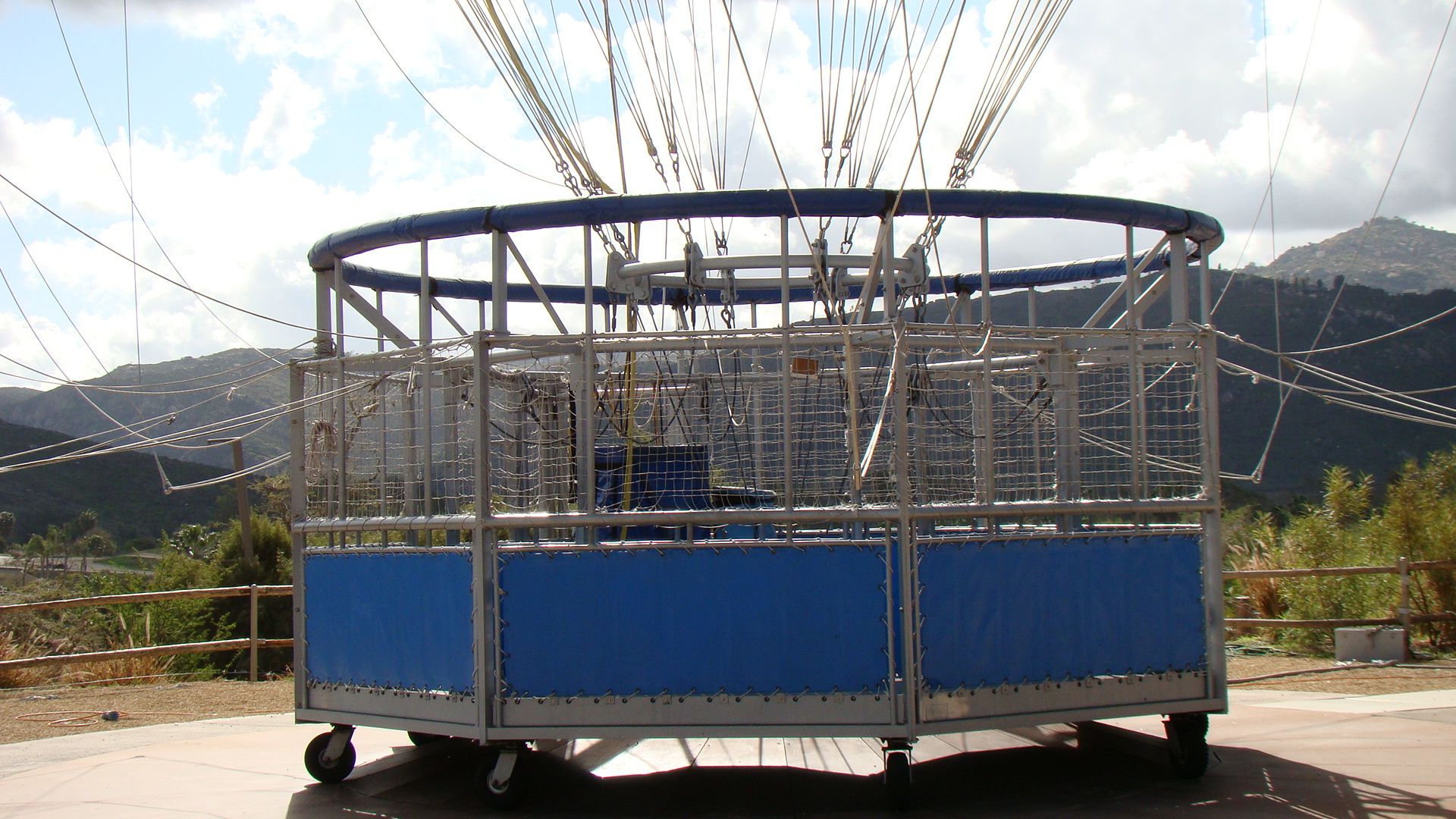 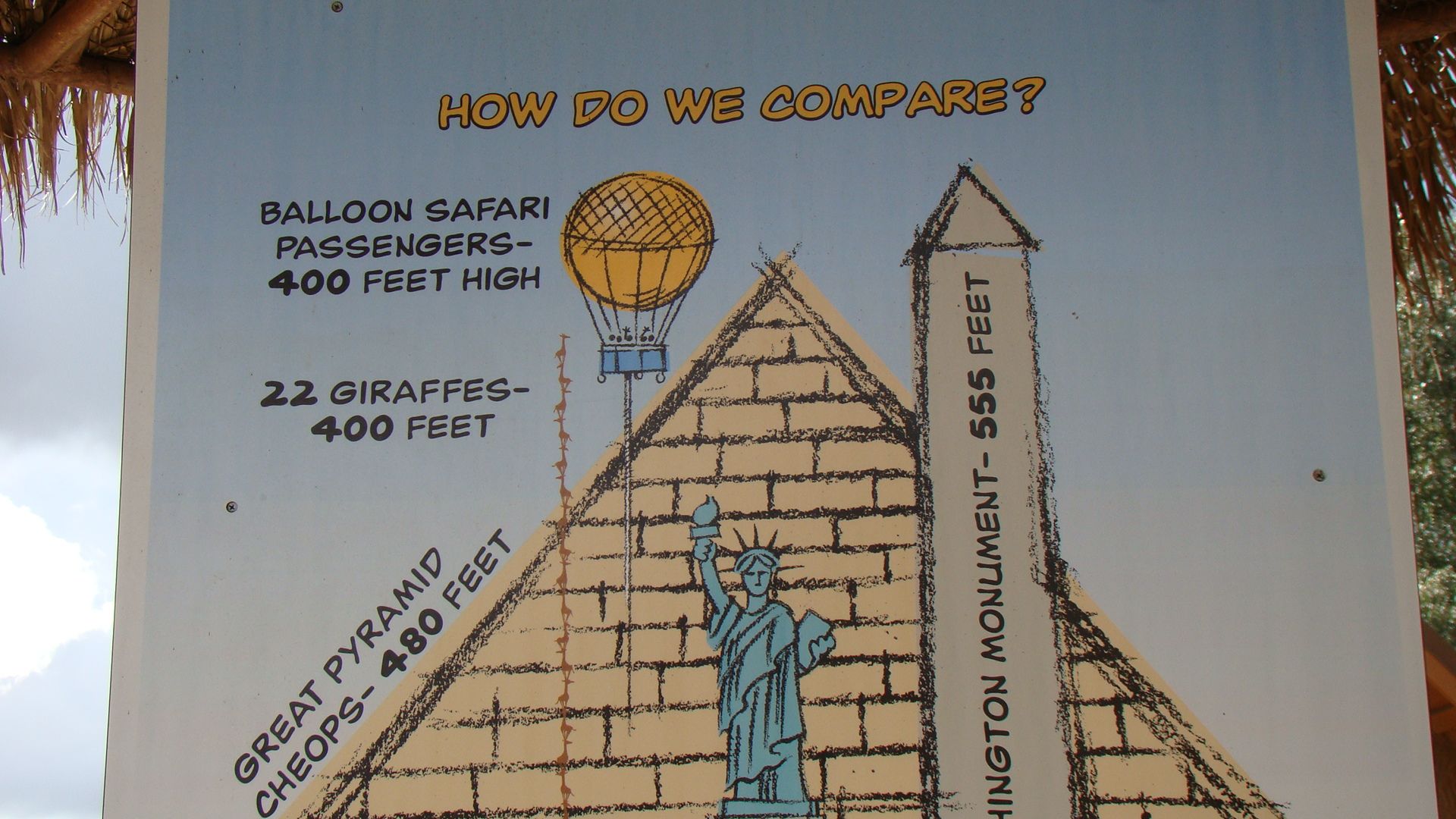 The cost of the ride is normally $20, but on the day we visited, they were giving a $5 discount.  However, I thought it was a bit odd that he was only up in the balloon for about 5 or 6 minutes before it started coming down.  Turns out, the air pressure in the balloon was ‘way too high’ according to the balloon operator, so they had to bring it down.  I told him he’d not be getting back on that unless I was dead.

While the animals are certainly the stars of the show here, I was overwhelmed by just how beautiful the park and surrounding areas are. 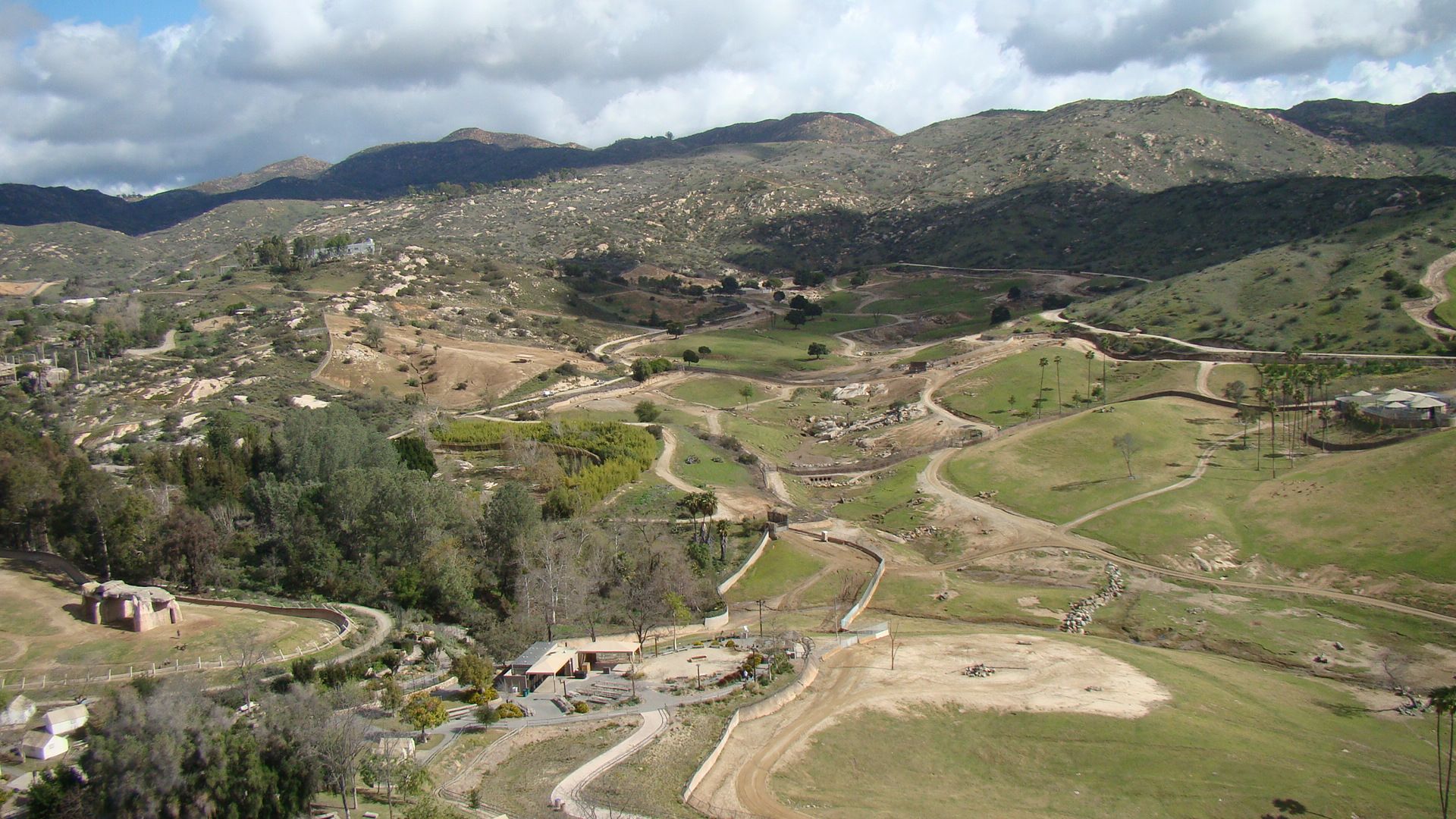 Another unique experience is Lorikeet Landing.  Lorikeets are colorful, tropical birds that seem to get drunk on a ‘nectar’ that is sold at the exhibit for $3.  You don’t have to buy the nectar to go in, but if you do, you will be swarmed with birds wanting a drink.  And they LOVE thier nectar.  Almost as soon as you enter the pen you’re swarmed with birds – it’s very Tippy Hedron ala Hitchcock. 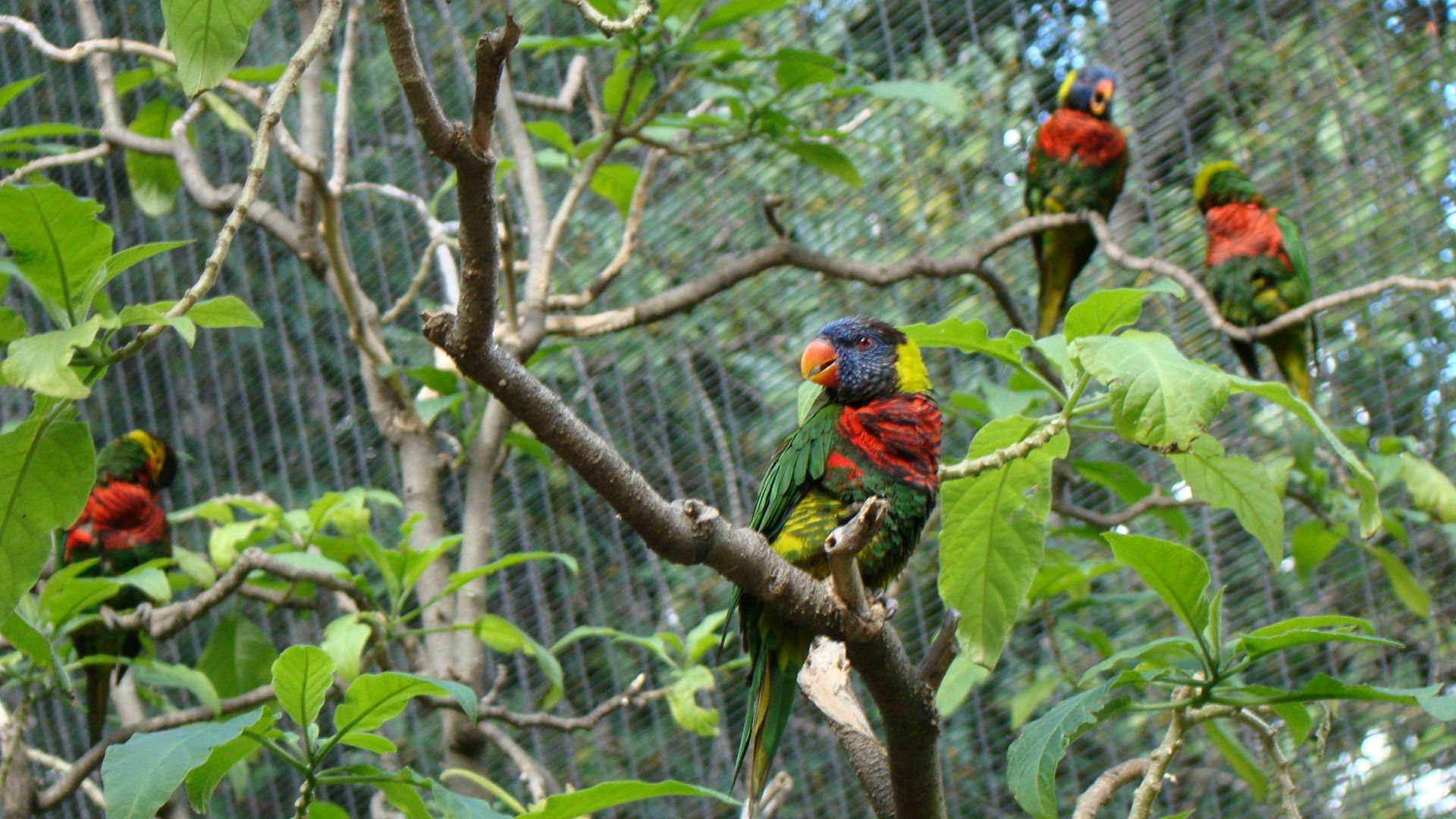 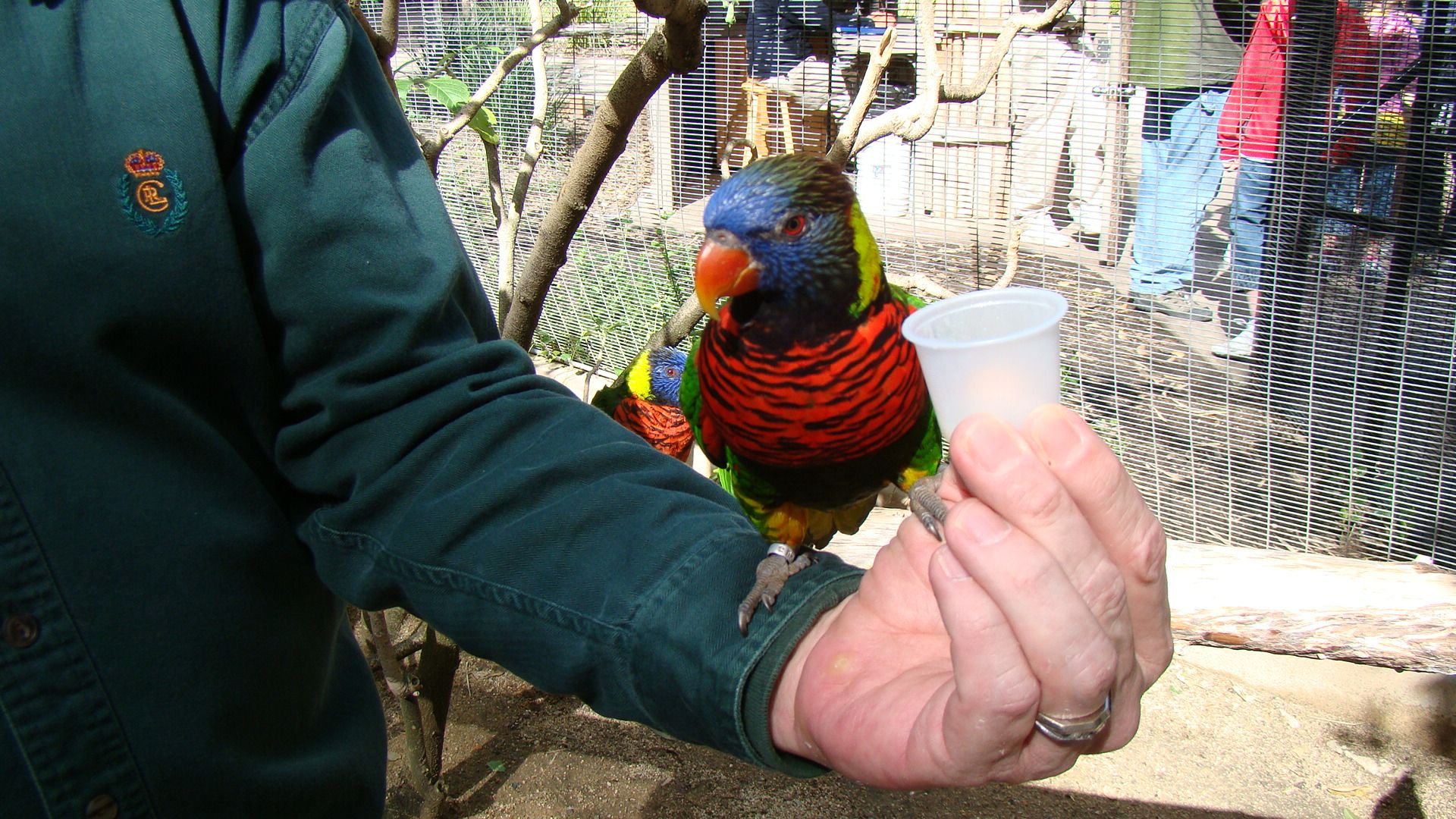 The park also offers a number of ‘safari’ tours designed to give you an even closer look at the animals.  Some tours drive you around the grounds, giving you great photo opportunities while others allow you to interact directly with some of the animals.  Tour prices range from $35 per person to $120 per person depending on the tour you choose (for more info on tours, visit http://www.sandiegozoo.org/wap/tours.html

Something that I’ve noticed both times I’ve been to this park is how much fun kids seem to have here.  For some reason I just assumed that kids would be less interested in something like this when Disneyland is only a 90 minute drive, but I have to say – on both visits to this park it was very clear that kids were having just as good a time as their parents were.  This was even true of teen-agers.

This park is also a photographers paradise.  Even with the most basic camera you can take some pretty stunning pictures here thanks to the close proximity of the amimals in almost all the exhibits.  And don’t underestimate the benefit of ‘no lines’.  Since everything here is an exhibit, you’re not waiting on 60 minute lines to see things and you can take your time enjoying the sites.  Honestly, this park is a gem and SO worth the drive.

The cost of admission to the park is a more than reasonable $35 per person (adults) and $26 for children ages 3-11.  They also offer combo tickets that include Sea World San Diego for $115 (adults) and $95 (children).

I can highly recommend a visit to the Wild Animal Park – it’s well worth the drive down from Anaheim and makes a great day trip for the family.  For more info on the park, operating hours and prices – go to:  http://www.sandiegozoo.org/wap/index.html