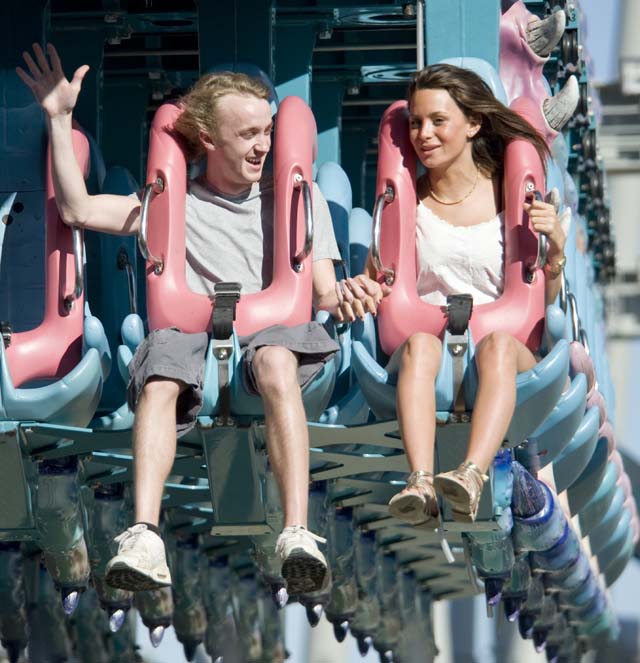 Tom Felton, the actor who plays Draco Malfoy in the Harry Potter series of films was at Universal today with his girlfriend, Jade Gordon (a production assistant on “Harry Potter”).

The 21 year old actor posed next to one of the “Under Construction” signs for the upcoming “Wizarding World of Harry Potter” at Islands of Adventure.  The highly anticipated addition to the park is scheduled for sometime in 2010, although conflicting rumors suggest it might be ‘soft opened’ in late 2009. 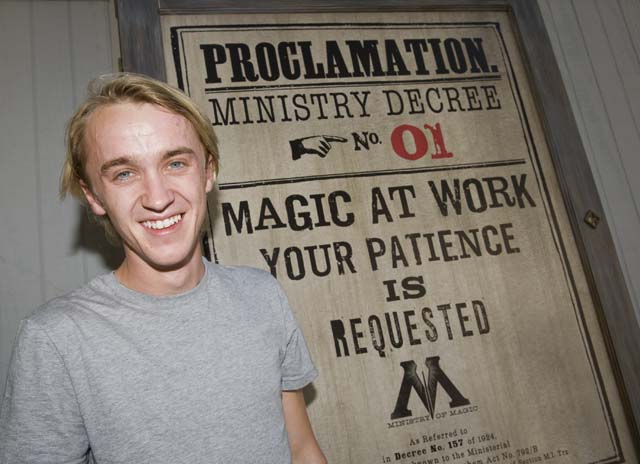 Disney Housekeeper attacked on the job
Over the fence, Rip Ride Rockit Construction…