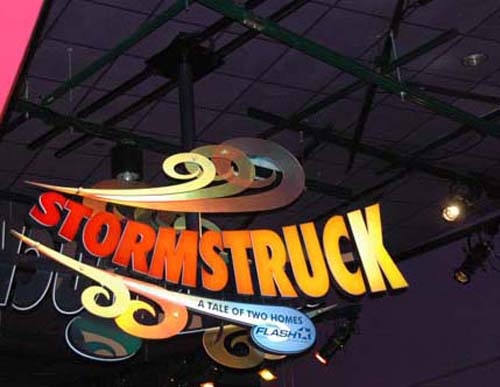 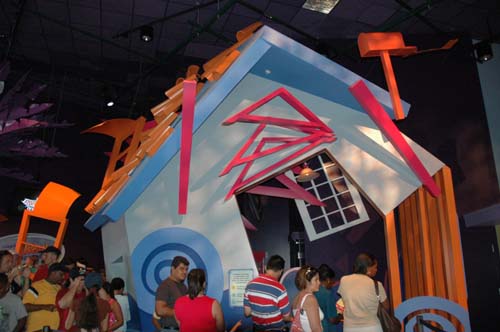 Epcot recently opened a new attraction that simulates the effects of a hurricane on two homes. Stormstruck is located in Innoventions East in Epcot at Walt Disney World in Florida.

When you walk through the doors of Innoventions East it is on the left.  The first thing I thought is the queue area was very small. The line was starting to go out the doors. A cast member was warning that the wait was 30-45 minutes.

When you finally get in the queue there is two waiting areas. There are TV’s that show a short clip starring Jim Cantore from the Weather Channel and some information on thesting homes to withstand hurricanes. 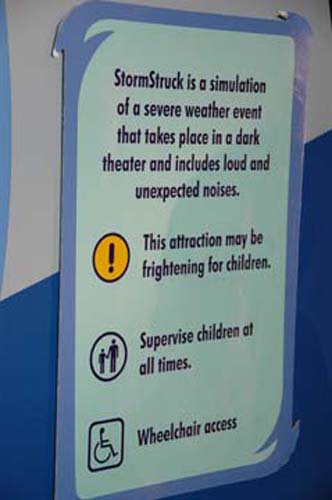 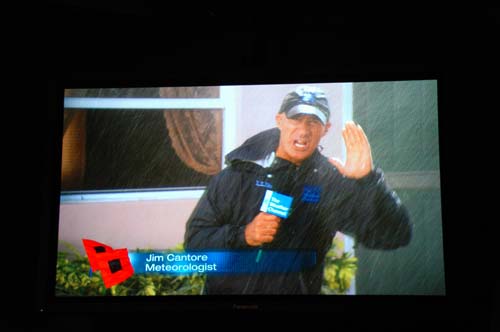 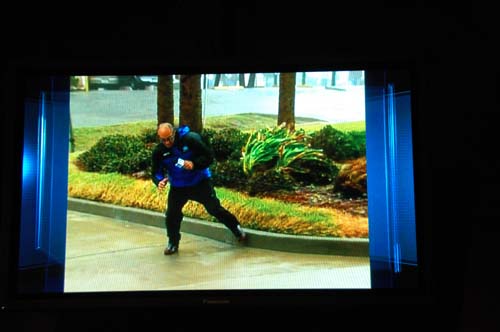 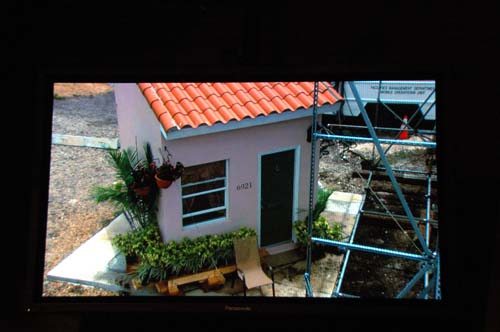 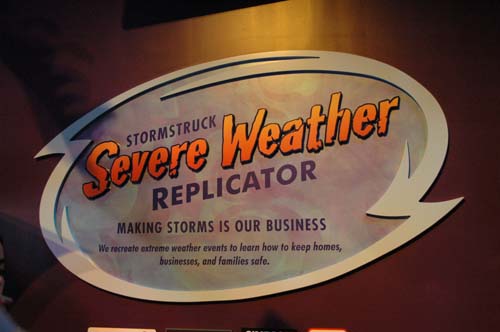 There were several things I think WDW could have done better with this area. As you are standing there they have some real irritating jazz music playing overhead. I think I heard the same bit of music about 100 times.  It was so loud you couldn’t hear the pre show TV’s. Usually I think the WDW music adds to an attraction but not this one. Also the waiting area is like Soarin where you are supposed to fill in all the available spaces.  Some people get so close you can’t even move and then there will be a large gap where people could be standing. There is no separate handicapped accessible waiting area so they are jammed into the area also.

As you entere the queue you are given the same fashionable yellow glasses you get in other 3D attractions. You are warned over and over not to put them on until you are safely seated in the theatre but it was amazing how many put them on in the line.

You enter the small theatre and the lights are turned down. You face two screens. The CM tells you a little about what you are going to see. I couldn’t wait since I had been through hurricanes to see how realistic it was. They did a great job of recreating a hurricane. So realistic in fact that several people screamed as the hurricane raged on screen. 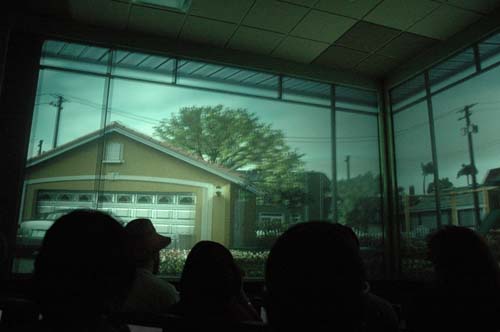 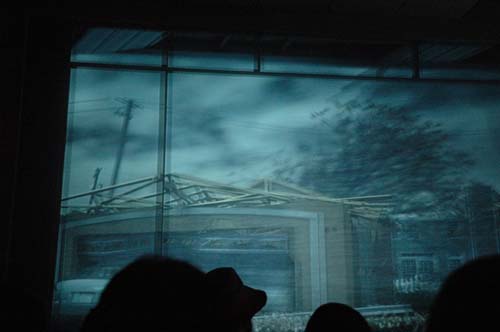 After the first hurricane they have everyone take a quiz on the screens in front of you. You have two choices. They tally the audience results. They then recreate the audience choices for the house that will hopefully withstand hurricanes. Once again the hurricane raged and the people screamed in the theatre. 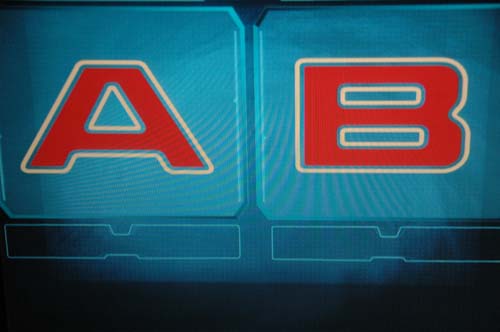 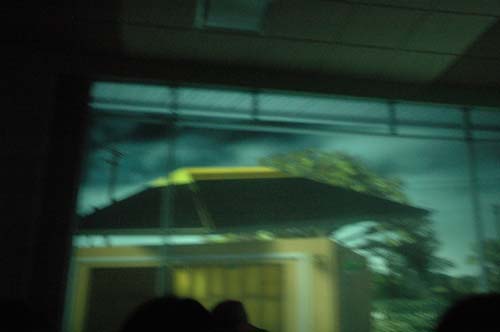 I thought I would ace the questions after all I was a hurricane veteran. Well I was wrong on several questions but lots of folks missed what I thought were the easy questions. 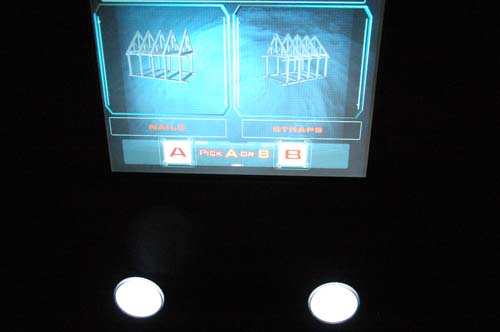 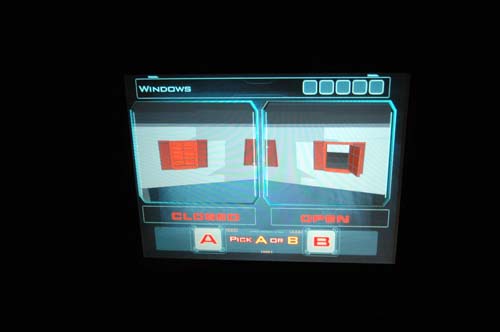 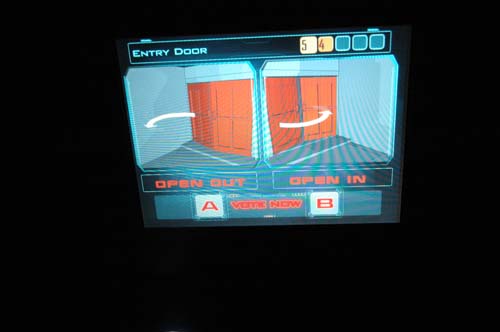 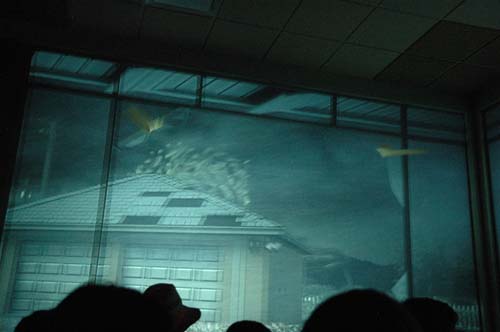 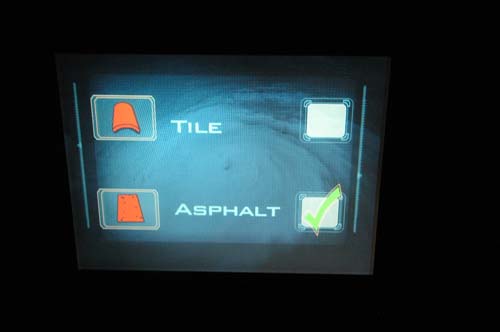 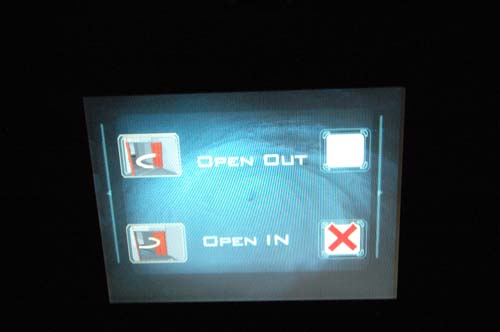 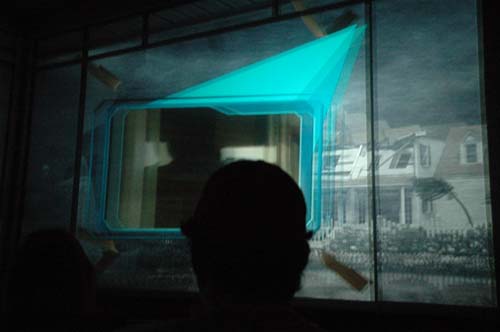 The lights are brought back up and the cast member gives a recap of hurricane preparedness. The show was about 15 minutes. The show empties into another little room designed to educate. There is a wall of video screens where you can answer more questions about hurricanes and receive a score. You can send yourself a storm certificate by email. There is a cast member helping kids to be more prepared for a hurricane. They have a website but parts of it aren’t working yet. http://www.stormstruck.com 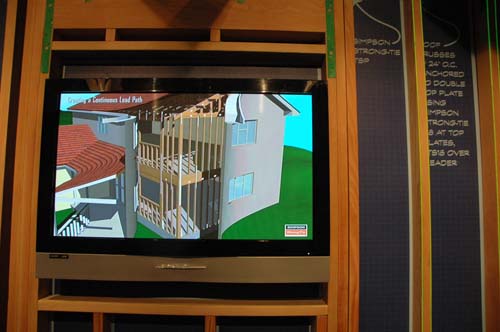 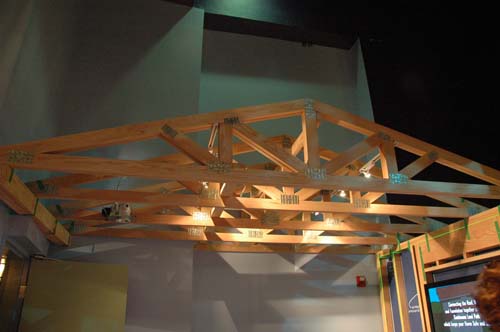 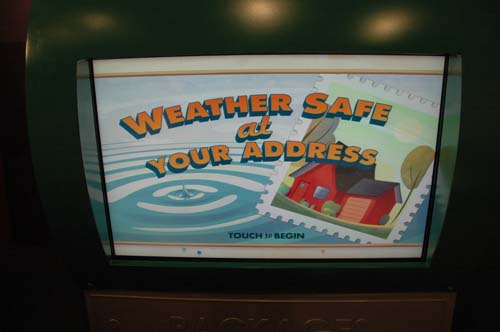 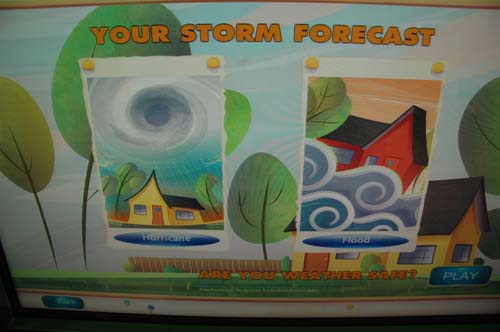 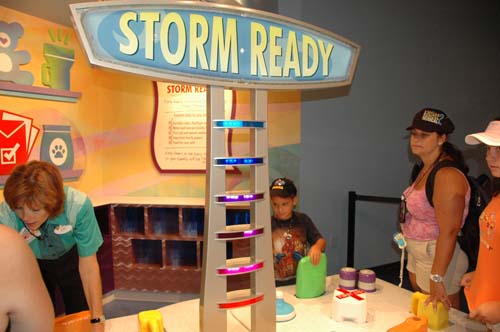 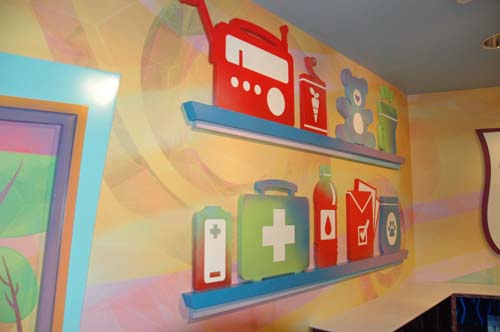 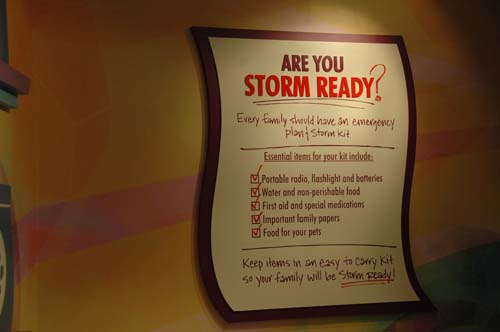 I think this will be a popular attraction for those that wondered what happens in a hurricane. Floridians may want to visit to be sure they are doing all the right things if another hurricane should appear here in Central Florida.

Cruise Packing for the Obsessive
I’m Too Excited To Sleep!