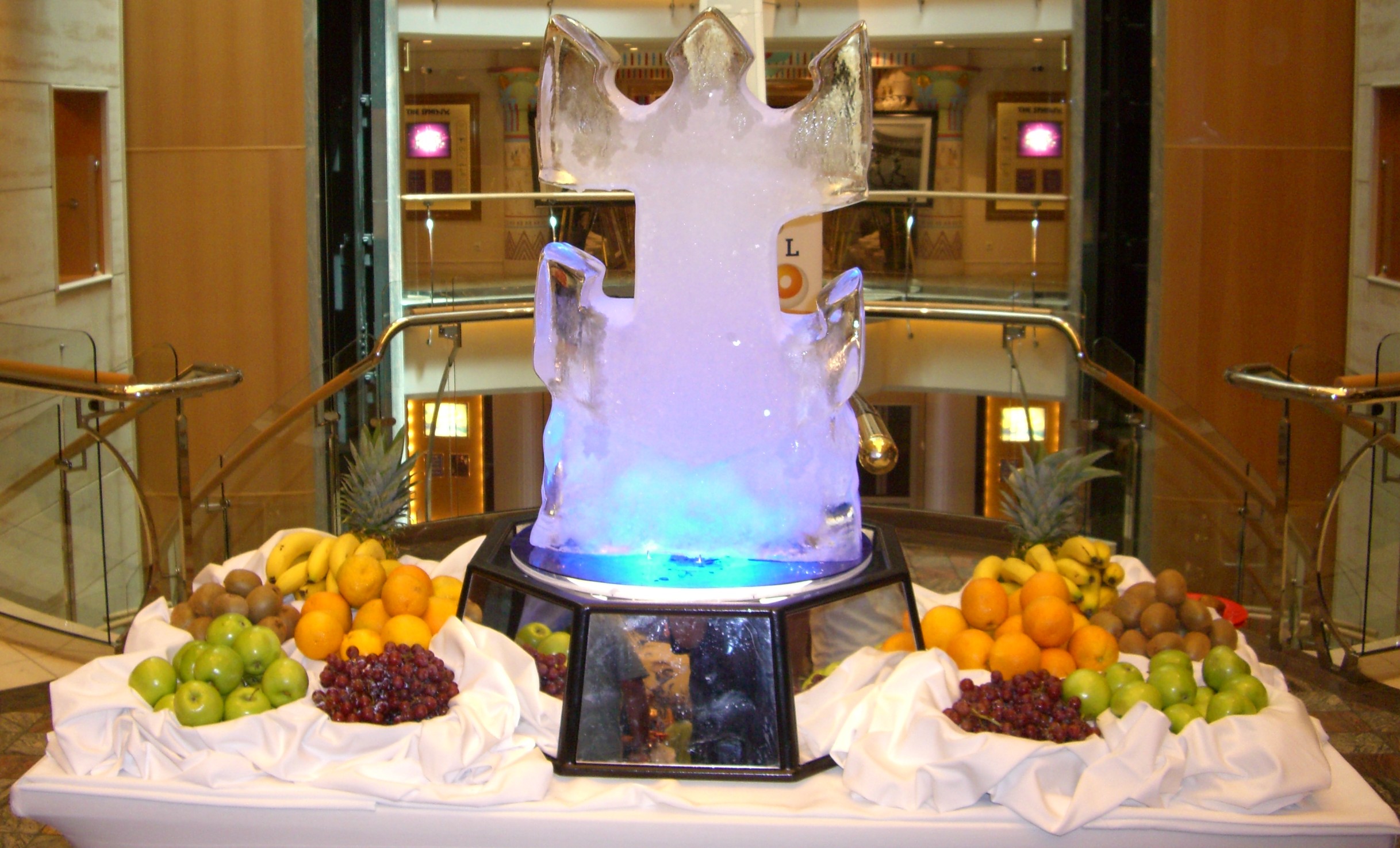 Well today is the last day of our 7-night Royal Caribbean Cruise vacation onboard the Liberty of the Seas.

It is also a day at sea.

I woke to a very nice surprise….coffee and donuts in our room (Kevin woke up early and brought it back to the room).  Kevin then said that they were setting up for an International Food Festival in the Promenade. Awesome – that was the plan for lunch.

Part of the problem with sea days is the ship can get very crowded, especially in the more popular areas like the pools and food locations.  The International Food Festival was no exception – it was mobbed.  You could barely walk never mind get near the food stands.

At first this seemed like a really great idea, but I soon realized this was just the same food they had before, set-up in a slightly fancier way.

Sorrento’s had the same items set out as earlier in the week; olives, sun dried tomatoes, mini quiches and assorted cheese.  All very nice but nothing unique. 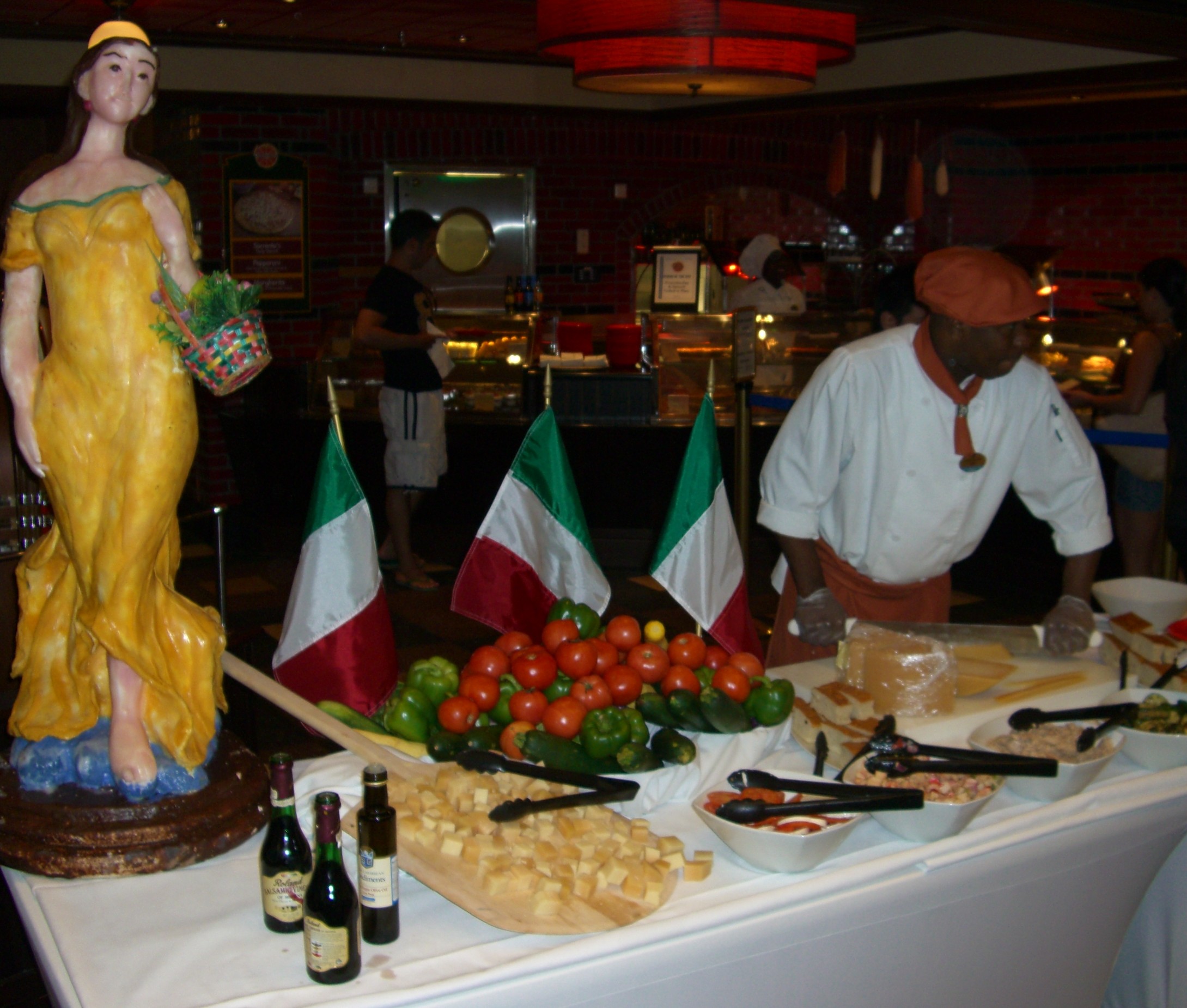 Further down was a bread table, then a pancake station, then a table with assorted cheese…ho hum. 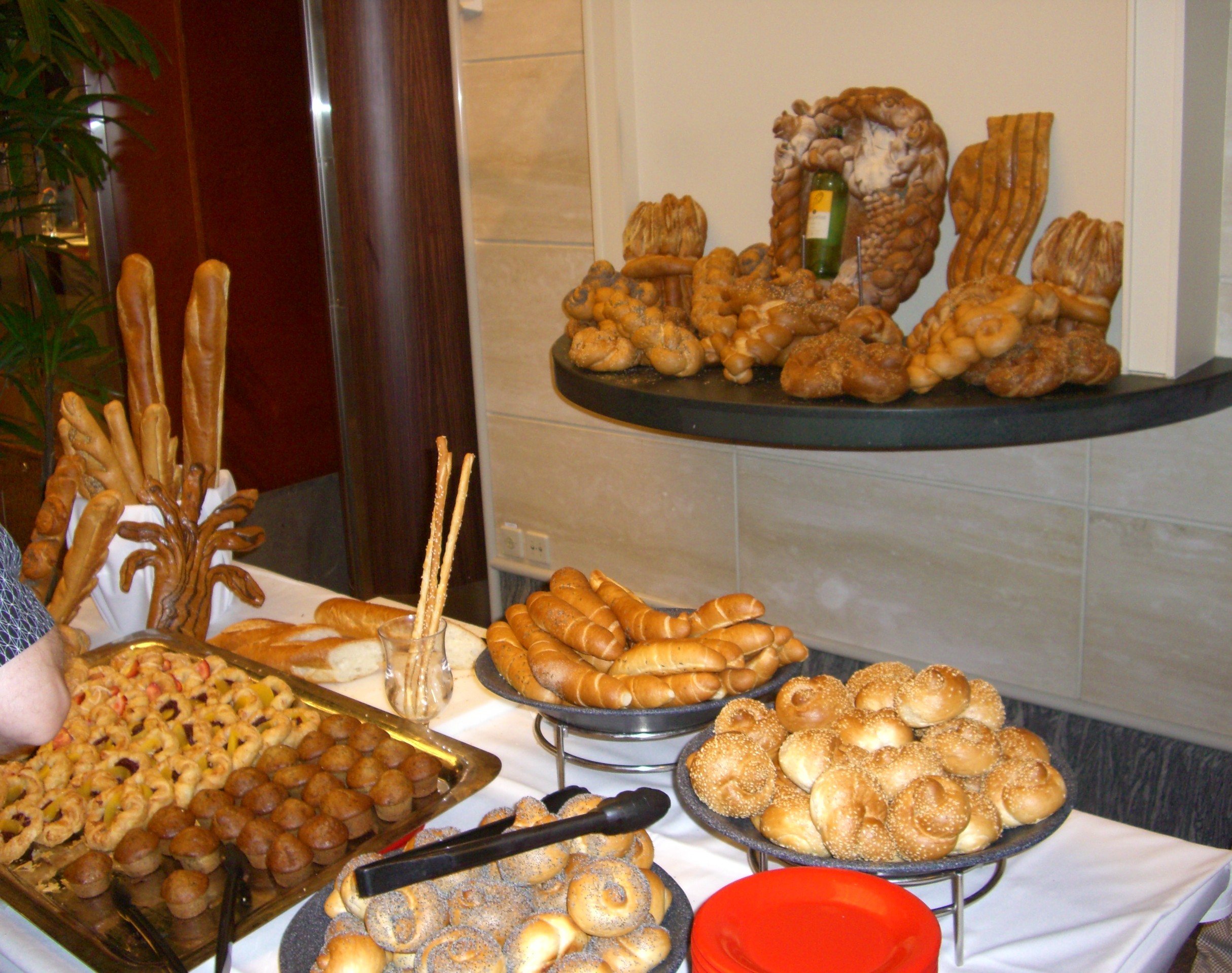 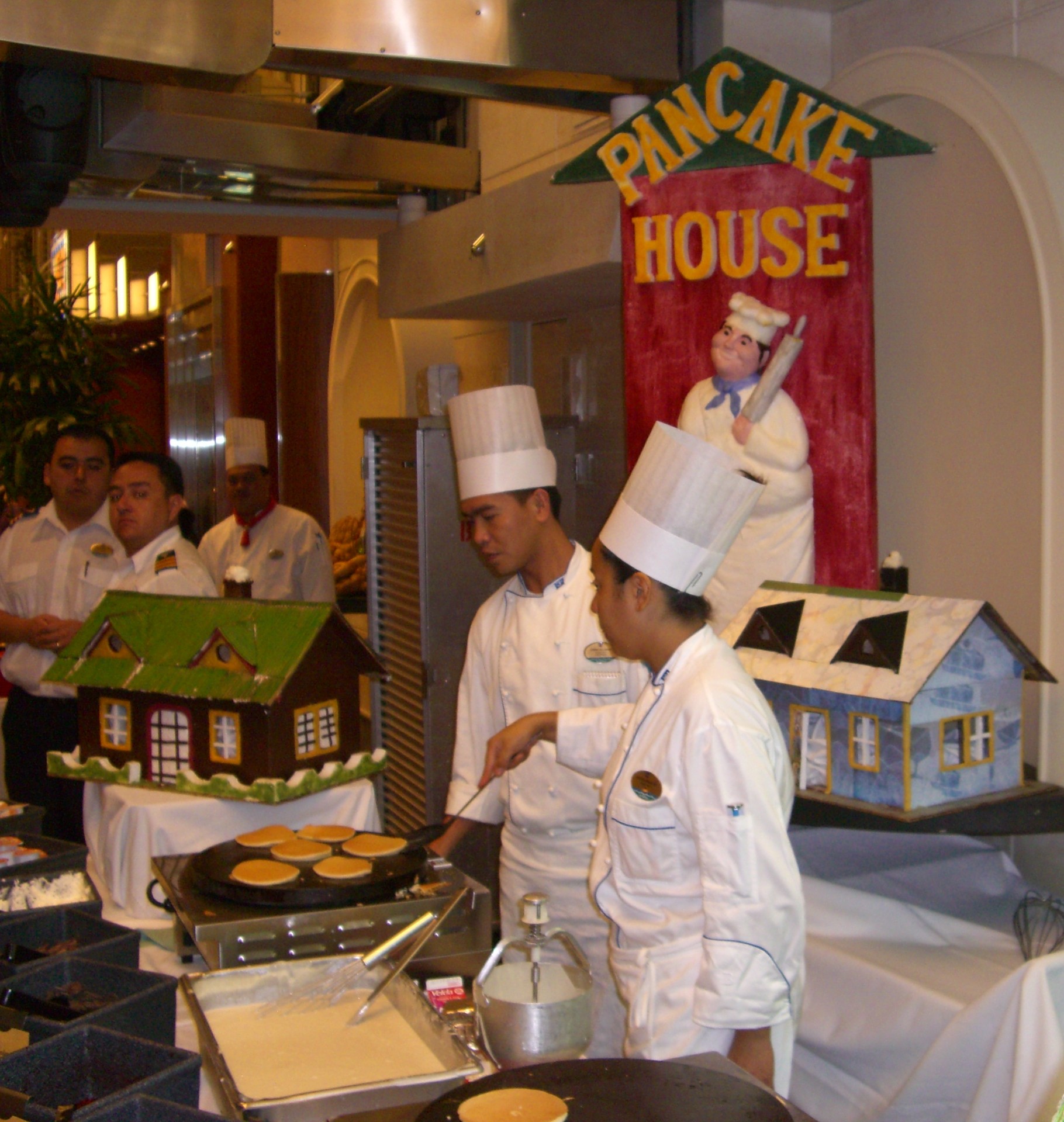 At the farthest end was a dessert table that looked very nice but had the same desserts you could find on the buffet every night of the week….and in my opinion they were nothing special.

The only exception to the humdrum offerings was outside the Irish Pub.  There they had Irish Stew and lamb dumplings.  Too bad that by the time we got close enough to get any I was so over the crowds I had to leave. 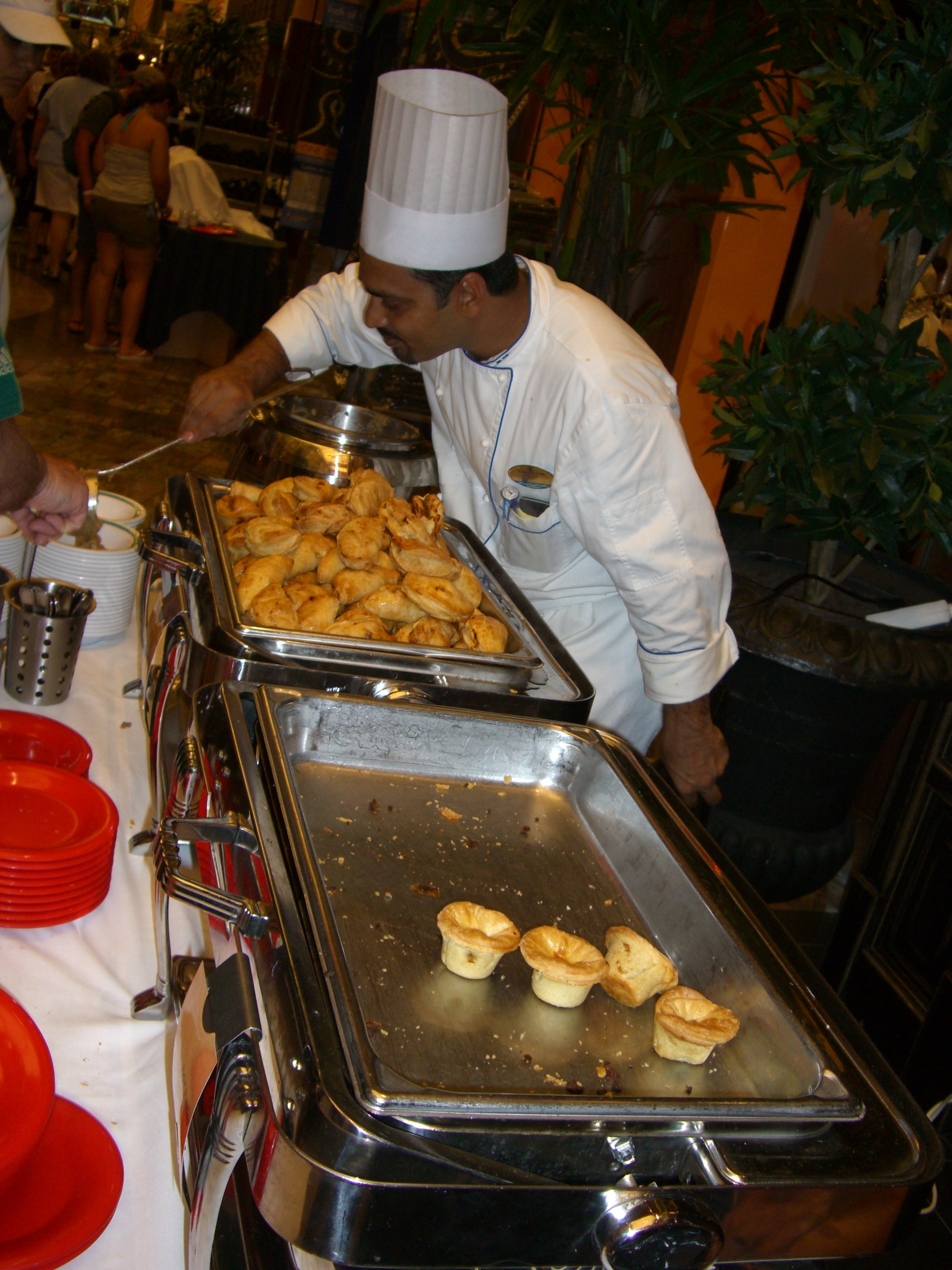 Good in theory RCCL..bad in execution.

The plan for the rest of the day is to relax, have dinner at Portofino again this evening and spend some time in the Casino.