We ran into Scar’s surgeon at Universal last night… 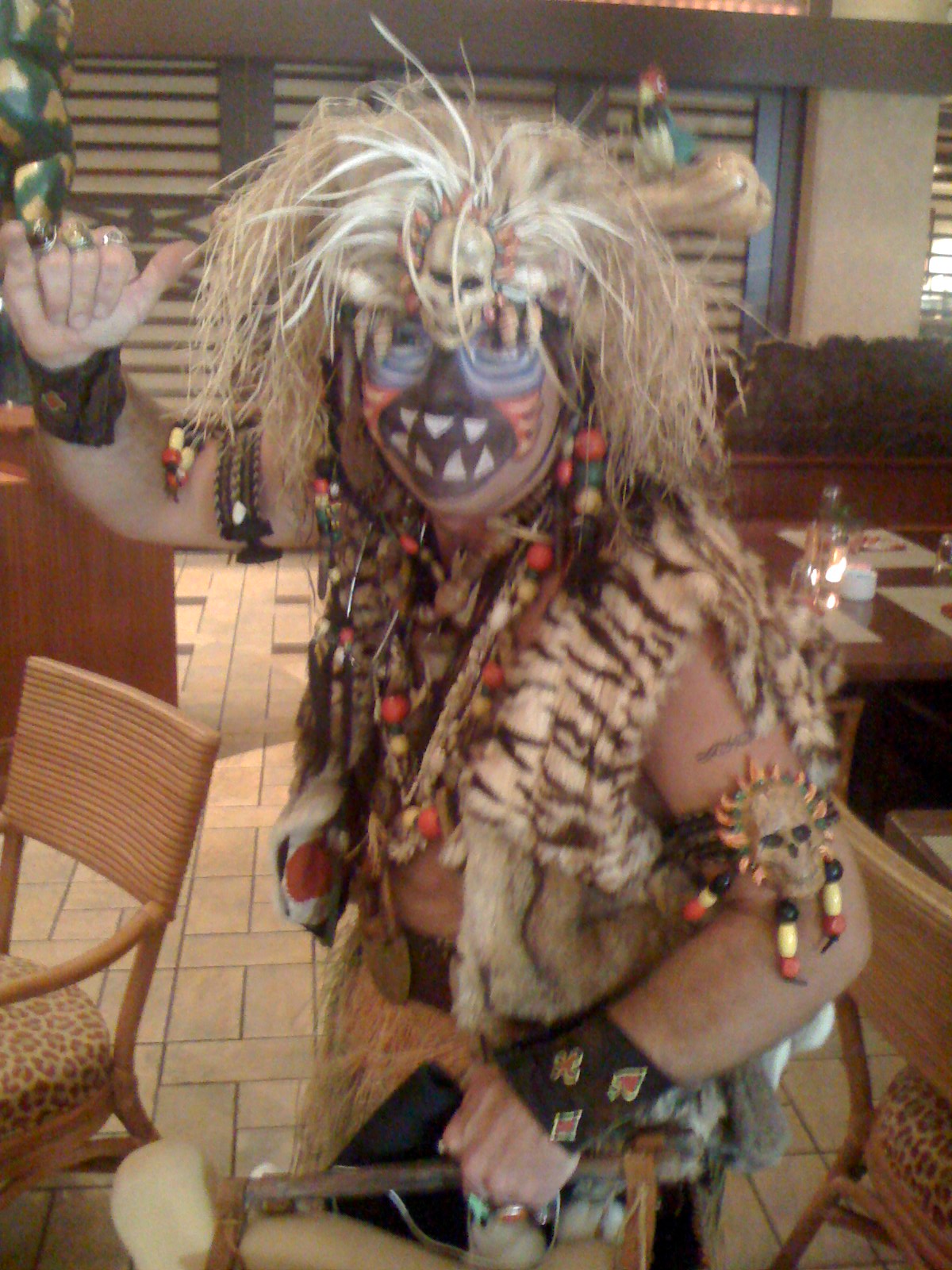 Yes, Dr. Cardoo stopped by our table last night at the Islands Dining Room at Universal’s Royal Pacific resort.  We had a nice dinner (I’ll be writing up a seperate review in the next few days), but after yesterday’s announcement that yet ANOTHER new MAJOR attraction was being added to Universal in the next year – I was moved to go spend some time over there.

The announcement yesterday that they would be adding the “Hollywood Rip, Ride, Rockit” roller coaster to Universal Studios in the spring of 2009 is just the latest salvo in Universal’s bid to regain market share from Disney.  Not that I’ll EVER get on the thing you understand.  My roller coaster days ended right around the time I started to look as though I was in my 28th trimester.  There’s just something uncomfortable about ‘fat guy on roller coaster’ – almost like I’m trying to do whatever I can to expedite a stroke.

No, I won’t be riding this thing – but that might be part of Universal’s problem.  Don’t get me wrong – I’m excited about this – I’m very excited about EVERYTHING Universal is doing right now – I was excited by the $86 2 park / 7 day / unlimited admission pass that I thought for sure would be gone by now (it ISN’T – and it HAS NO EXPIRATION DATE – so if you buy it NOW you can experience all the new upcoming COOLNESS for a VERY good price – are you GETTING MY DRIFT HERE PEOPLE!!!).  I’m excited to see what they do with the new Simpson’s attraction (which should be opening any time now), I’m excited to see what Harry Potter Island will look like (opening next spring).  Yes – it’s a new day at Universal but they had to get their butt’s kicked up one side of the street and down the other in order to make this happen.  That’s been a bad habit of Universal’s ever since they opened, but as I’ve said before – we’re the one’s who benefit from the blood-feud between Universal and Disney.

My problem is that Universal hasn’t learned what Disney has – if you can give the fat, middle aged, pre-stroke crowd a chance to ride a “roller coaster”, they feel less – well, OLD.  It’s a chance to experience a “thrill ride” with their kids – something a lot of them aren’t going to do on Dueling Dragons or the Incredible Hulk.  Again, these are world class attractions, but they all but eliminate an entire market segment that’s spending lots of money at Disney.  Now, The Mummy at Universal falls into the ‘middle aged with kids can do it’ category.  The Simpson’s – maybe – we’ll see (I’m PRAYING they upgraded the ride mechanism on this as the Back (injury) to the Future attraction was just plain BRUTAL.  Harry Potter Island should have plenty of cross over appeal.  But regardless of what you think of Universal, you have to give them credit – they’re really raising their game in an effort to compete, but it remains to be seen if their strategy will work. Universal got served a one-two punch from Disney over the last few years.  When Disney changed their ticket options a few years back, allowing you to add extra days for only a few dollars more, it hurt Universal quite a bit – after all, what would most people rather do, spend an extra $5 for two more days at Disney – or (then) a $120 for 3 days at Universal?  But the real knock-out to Universal’s attendance figures came when Disney opened Expedition Everest in April of 2006.  One of Universal’s biggest draws were their coasters, and for some inexplicable reason (to me anyway), Everest had a major impact on business to Universal.

Now, when I say ‘inexplicable’ don’t get your panties in a wad – I like Everest – it’s a great attraction and I understand it’s appeal, but if I’ll ride it – it’s not a REAL roller coaster.  For that, you still need to go to Universal – sorry.

So the battle heats up – I can’t wait to see how Disney responds.

Disney Vacation Club removes all ‘real’ dinnerware from Studio Units in favor of paper products
Epcot 2008 Flower and Garden or “Where oh Where have the Topiaries Gone!!!!