I’ll be honest – I’ve railed against this hotel after my last stay here in July of 2006. I’ve been quite vocal in calling it the worst run hotel on Disney property. I may have even suggested once or twice that they level the place and start again. Perhaps – just perhaps, I was too harsh. Now, don’t misunderstand me – I’m not a fan of the Contemporary now – not by a long shot, BUT I have to be honest – it’s been a very nice day.I’ll save the minutia for the review next Tuesday, but I’m really quite impressed by the quality of the room. I’m in a pool view in the garden wing with two queen beds. By any measure, the room is stunning. The look is truly contemporary, but with some real elegance this time (as opposed to the old “Jetsons on acid” look it used to have). Is it worth $470 a night – No, not quite, but the AP rate of $350 would have absolutely been worth it. I’ve been in hotel rooms for $350 a night that were not nearly as nice as this. I mentioned in my last post that I spent $500 a night for a room at the Hotel Del in San Diego, this room is much nicer and better appointed.Bob is my wingman for this trip, and what a wingman he is 🙂 We headed over for a bite to eat at the Kona Cafe and while it wasn’t stellar, it was a nice meal with a very friendly server and one of the best salads I’ve ever had (The Kona Salad) 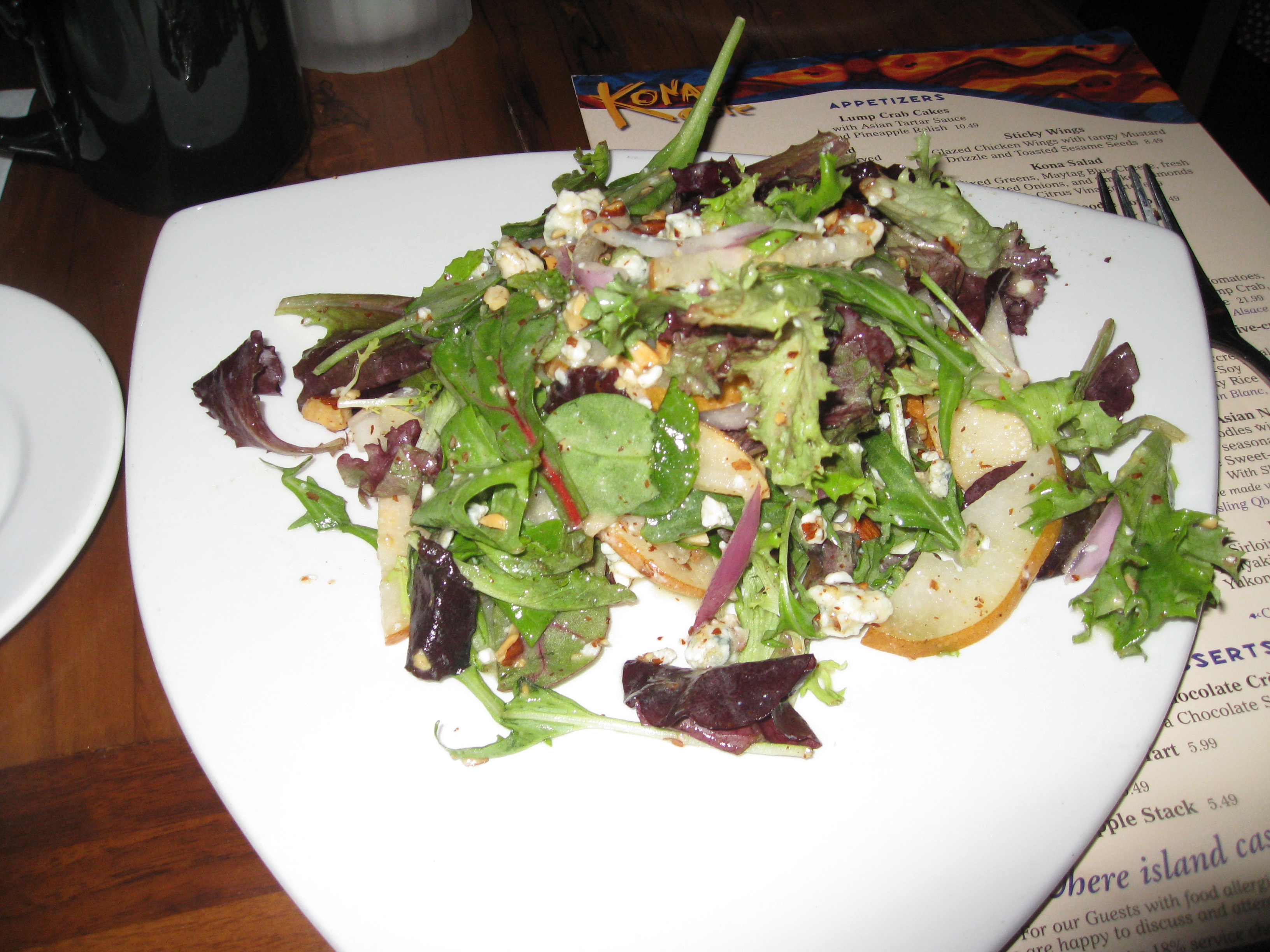 They also served me a fruit plate for dessert that was overwhelming, and delicious. 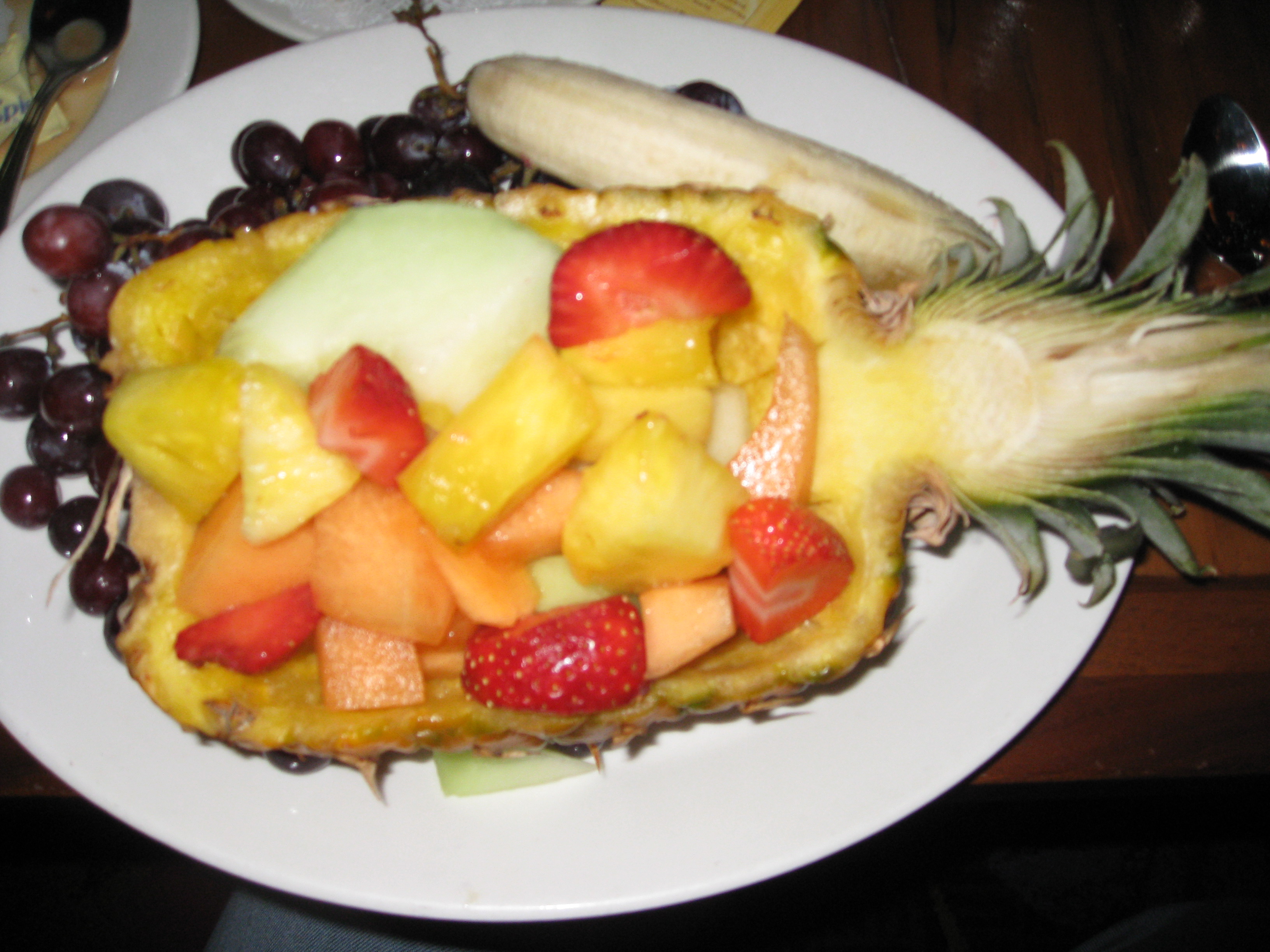 And before you ask, yes – I’m trying to eat healthier – my doctor has just about had enough of my fat behind and gave me an ultimatum – so I’m trying to be good. And while I’m speaking about fat…

My favorite part of the day was on the monorail coming back from the Poly. A woman uncermoniously lifted her shirt to expose what I thought were three rolls of fat. Now, I’m not cracking on fat people – I’ve got plenty of rolls of my own, thank you very much, I just don’t display them to random unsuspecting tourists. I eventually realized that one of the ‘rolls’ had a nipple on the end of it – then I realized she was going to breast feed her baby. I’m all for breast feeding – Dr’s say it’s very good for the kids, and who am I to argue. I’m also fine with breast feeding in public – I just think that a teeny weenie little bit of decorum is in order. Hiking up your shirt like your about to get attached to a milking machine in front of horrified tourists is not the Emily Post definition of ‘decorum’. I’m just sayin’.

So all in all it was a good day, and that’ saying something. I’m going to have a sleep in one of these beds and find out if they are really as comfortable as they look. Tomorrow, it’s off to Epcot, but not before I drag the entire team over to Chef Mickey’s at 7am. That alone should be worth more than a few good stories.